Whereas the other guys will kick you head in 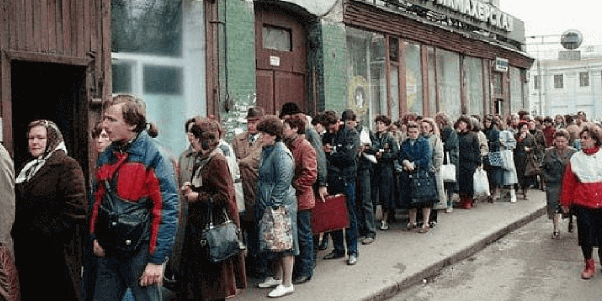 “Ministers such as Leo Varadkar and Simon Coveney have personal ties with Biden, said Richmond.”

‘Biden gets Ireland’: why Joe in the Oval Office would thrill Joe in Mayo

The would-be president is proud of his heritage. And many in Ireland see in him a chance for change on issues like Brexit

“Ministers such as Leo Varadkar and Simon Coveney have personal ties with Biden, said Richmond.”

Do you remember Leo meeting Trump in the Oval Office at the White House possibly for the first time, or second time, he secretly met Obama in advance of meeting Trump.

The Irish Times newspaper reports that Varadkar met with several members of the Obama administration, including former Vice President Joe Biden, who is now the front runner for the Democratic presidential nomination. The meeting was kept secret, though officially it was merely ‘undisclosed’.

From the IT piece:

The meeting, which was requested by Irish officials, took place during the same trip that the Taoiseach met US president Donald Trump at the White House on his annual visit to Washington.

Mr Varadkar is said to have been advised against the meeting by Government officials, who were concerned it might ruffle feathers when he was in Washington to meet Mr Trump, a strong critic of his White House predecessor.

The Taoiseach is understood to have been keen to meet the former president.

A Government spokesman confirmed that Mr Varadkar had a private meeting with Mr Obama. He said the meeting was to discuss the work of the former president’s foundation in Europe “and in particular its role in fostering leadership”.

“The Taoiseach had a range of formal and informal meetings with members of the current and previous administration during his trip to Washington,” said the spokesman.

They included a meeting with Mr Obama’s vice-president Joe Biden who attended a St Patrick’s Day reception at the Irish ambassador’s residence. The meeting took place more than a month before Mr Biden entered the 2020 presidential race, becoming the leading Democratic contender in the polls to challenge Mr Trump’s re-election.

It is unusual and understood to be at odds with traditional diplomatic protocol for the leader of a country to meet a former head of another while on a visit to that country to meet its current leader.

Mr Obama, who left office in early 2017, regularly meets foreign heads of government as a former US president but usually in their home countries rather than while they are in Washington to meet Mr Trump.

Following then was Trumps visit to Ireland, a US president visits Ireland and we got the Shannon diplomatic circus of will he won’t he meet Trump and where. I’m not sure it was so much the Irish side playing politics or making a mistake as much as the Trump admin screwing’ with Leo & De Boys.

You can see what was they were up to. It’s clear as day and if you think the Trump admin didn’t know what Leo was up to, well, think again.

The real question here is, is this the side Irish people wish to be on in this WAR?

Giuliani claims to have a text from Hunter Biden to Hunter’s daughter Naomi in which Hunter claims that “Pop”—a family nickname for Joe Biden—forced Hunter and other family members to give Joe half their salaries from their various business deals. 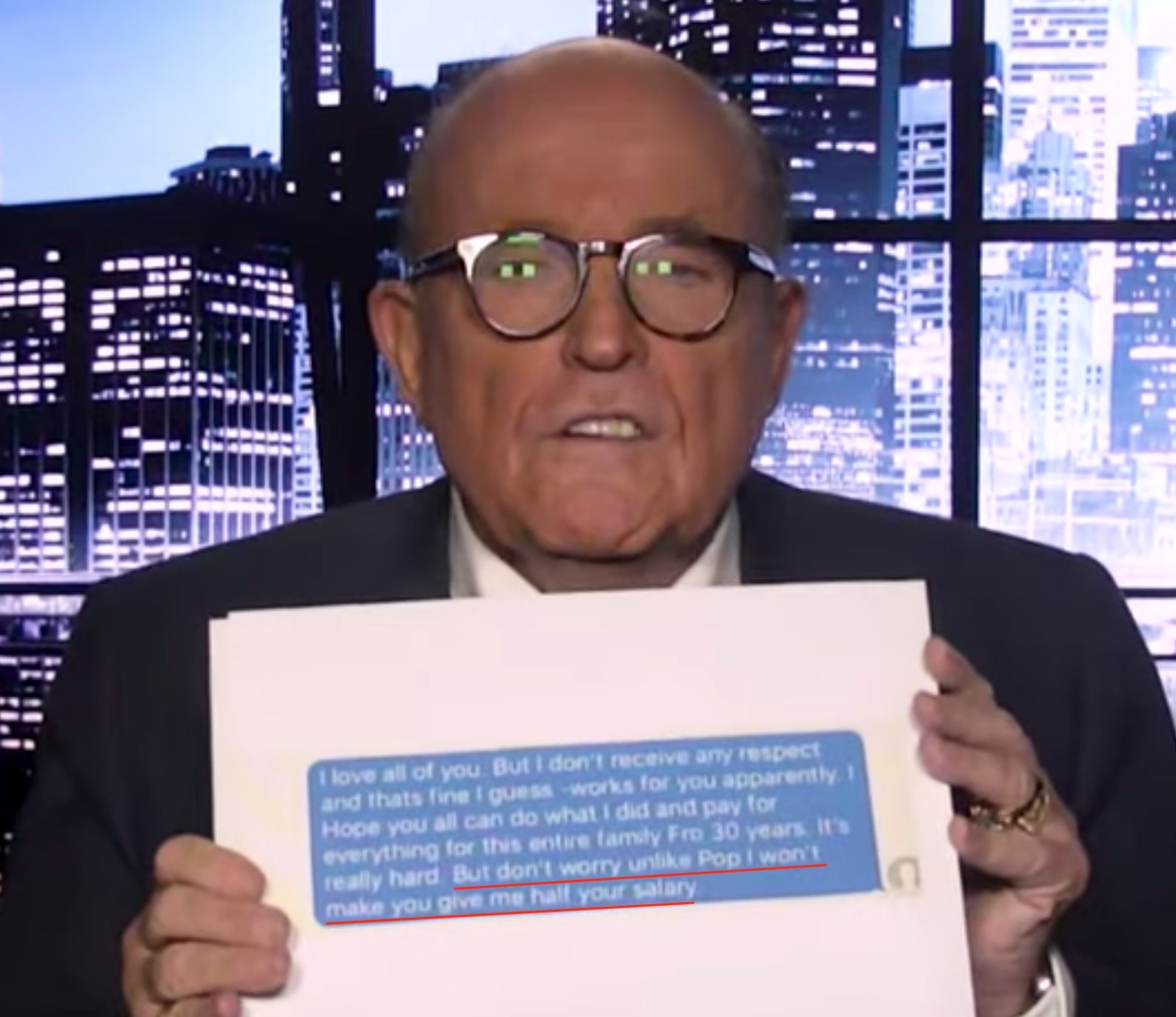 The idea that Hunter Biden intentionally sabotaged his fathers campaign has been bouncing around for days, Paul Sperry pushes it further.

Again, voters seem not to care, even if true. Tough to know how Republicans can turn things around. 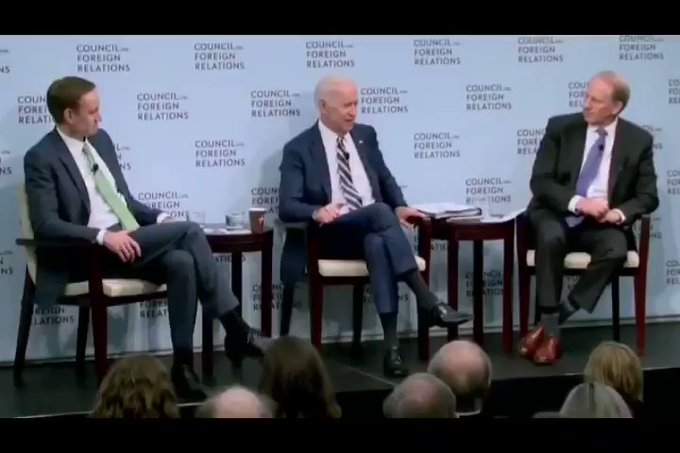 Same guy who thanks H for meeting Joe in DC.

Media and tech doing their best to protect the ‘big guy’

Ten more days of this, I don’t know if they will succeed.

Seems to bee the weakest October Surprise on record.
Trumps China bank account and paying all his taxes there is also a non story.

Yeah nothing to see here

Blagojevich and Harris were each charged with one count of conspiracy to commit mail and wire fraud and one count of soliciting bribes. The case involved sweeping pay to play and influence peddling allegations, including the alleged solicitation of personal benefit in exchange for an appointment to the U.S. Senate as a replacement for Barack Obama,

They threw the book at this guy - impeached, convicted and ruined. 14 years sentence seems excessive after a mistrial, and for these crimes, so Trump pardoned him after he served eight years for:

Again, voters seem not to care, even if true. Tough to know how Republicans can turn things around.

Yea I know what ya mean, Democrat voters voting Trump this time seem set in their choice and if Trump wins with a landslide it may not work out so well for some Republicans.

Do you actually believe Trump will win? If so, what margin of victory do you predict?

Suggestion that Iranian intelligence may be ‘canvassing’ for Biden in Florida.

At the press conference in the early hours of our morning, Director Ratcliffe confirmed that the intelligence services had uncovered evidence that Iran had mounted an operation to “intimidate voters, incite unrest, and damage President Donald Trump.”

He was referring to emails purporting to emanate from the Proud Boys which were sent to registered Democrat voters in key states such as Florida threatening them if they did not change their votes. According to the intelligence services, these emails were part of a sophisticated attempt by Iran to damage Trump, and by extension elect Biden.

Strange times and all that…

I think this was broadcast before the debate.

The man is a former business partner of Hunter Biden.

Suggestion that Iranian intelligence may be ‘canvassing’ for Biden in Florida.

Well it looks their best chance of getting the sanctions removed, I doubt anything they do will win the state for Biden, it will be the change in the law allowing criminals to vote that will make the big difference

Do you actually believe Trump will win? If so, what margin of victory do you predict?

Yes. I have see nothing to change my view that those who said when he was first elected that he would be two term president to be incorrect at any point along the way.

I don’t track numbers like this, a win is a win for my simple tiny brain, but this very recent Bill Still video has a lot of numbers, polls and internal polling insight, including an anecdote of democratic mayors endorsing Trump, you need to listen to the entire piece.