BREAKING: Trump team says over 600,000 mail-in ballots were cast in Nevada and GOP observers have yet to lay eyes on a single voter roll signature or envelope signature for those ballots.

That above post with the plot charts is very easy to disseminate. The authors assumptions are not valid because of two reasons. The first is that the distribution of batches across the states where he’s alleging fraud diverges hugely. You need to look at any heat map of Pennsylvania, Michigan, Georgia, and Wisconsin to see that the distribution of votes between counties is extreme. Urban areas are heavily Democrat, rural areas heavily Republican. This trend is nothing new, see the previous election. The second assumption that he makes that isn’t valid is that all votes are counted at the same time. They were not. State law mandated that mail in ballots were the last to be counted, hence why Trump showed huge early leads that ended up being eaten away. The “jump” you see in the Wisconsin chart is clearly the time that heavily Democrat Milwaukee’s mail-in ballots started to be reported.

Worth remembering this moment given what has happened this week.

The best chart to look at in all this is the state/county swing-o-meter chart. That gives you a national picture of what was happening with each county.

Assuming Trump wins North Carolina and Alaska as projected, and given the tightness of the margins in a number of other swing states, plus some suggestions of fraud, why wouldnt Trump seek recounts and/or to challenge ?

Its perfectly reasonable to do so. We’ve often had recounts here in Ireland and as pointed out elsewhere Bush won a 2000 US election on foot of a similar challenge in Florida (albeit the margin was tighter).

Its also worth pointing out that -

The people who seek to craft western consciousness clearly possess decreasing degrees of self awareness. At this stage many of them are likely products of their own system of conditioning and are clearly a lot less wizard than they are simian serf.

Micheal Martin was in there like a light though. Good man Micheal. The Irish Times has also been bigging up Bidens ‘Irish Catholic’ roots as a means of legitimising him on the island. And there was me thinking Catholics were the enemy. Transparent gaslighting all round. At this stage its somewhat comical and its looking like the current production might run for some time yet

The moment when Michigan counted 149,772 votes in 5 seconds and less than 6,000 of them were for Trump. @melisandrePro @APhilosophae @JackPosobiec

Even the unsuspecting states managed to lose (and find) 12K votes somehow (looking at you Arkansas, AR). I’m not sure if this is ‘just to be expected’ or whether it’s down to more glitches. Whatever, the numbers for #Election2020 make no sense to me (and I see a lot of numbers)

Unpopular opinion round off.

I’ve always loved @JoeBiden, but didn’t feel he was the right pick this time. Not 100% convinced @realDonaldTrump is.

Any party wanting democracy should be very concerned about what we’ve uncovered today.

And please do fact check the data, @jack

GEORGIA. 132,000 “Change of Address” RED FLAGS in Fulton County, GA. These votes are “highly likely ineligible to vote and have moved,” per source. Biden leads Georgia by 10K votes as of last update. It’s enough to be a gamechanger.

Re: Georgia, which we just began to touch now, there are 132k CoA flags in Fulton County, alone. Just so everyone understands, and my listeners will, I’ll keep going regardless of the results of this particular election. We’re never going to stop until we clean it up. 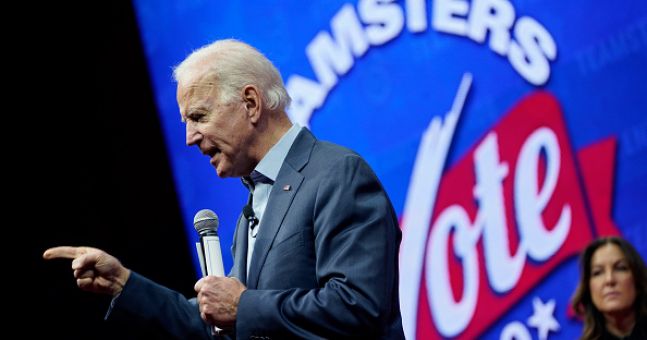 Joe Biden tells audience: "I may be Irish but I'm not stupid" | JOE.ie

Joe Biden tells audience: "I may be Irish but I'm not stupid"

Luckily senile Uncle Joe will never be the leader of the free world.

Biden’s not stupid, the people who voted for him are.
I still believe that Trump will win in the Supreme Court and there will be absolute chaos on the streets from the leftists. All orchestrated of course. Ordo ab chao.

…Biden’s not stupid, the people who cheated for him are. I still believe that Trump will win in the Supreme Court and there will be absolute chaos on the streets from the leftists. All orchestrated of course. Ordo ab chao.

Fixed that for ya!

I can see it going down that way. The media claiming he is the President elect is absolute rubbish. They did the same with Gore. Notable that the two other important nations on Earth have not congratulated Biden or even acknowledged him.

The threshold identification of Ballots is turning out to be even bigger than originally anticipated. A very large number of Ballots are impacted. Stay tuned!

McConnell says President Trump is 100% within his rights to look into possible irregularities in last week’s U.S. election.

Its also worth pointing out that -

Either you’re following Don Jr or he’s following you!

We went from 4 years of Russia rigged the election, to elections can’t be rigged really fast didn’t we???

70 million pissed off republicans and not one city burned to the ground.

This Live Trump campaign Press conference has more views (149K) than Bidens PBS Live stream had the other night and it’s only a LIVE presser with Kayleigh and a few others… it appears none of the networks are carrying it either. Usually it appears in the side thumbnail video bar. 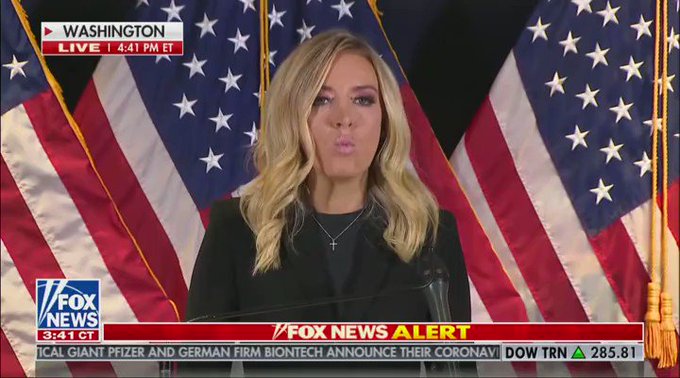 This claim about election fraud is disputed

I wonder when will they start using an actor to over-dub Trumps voice on live broadcasts and reports? 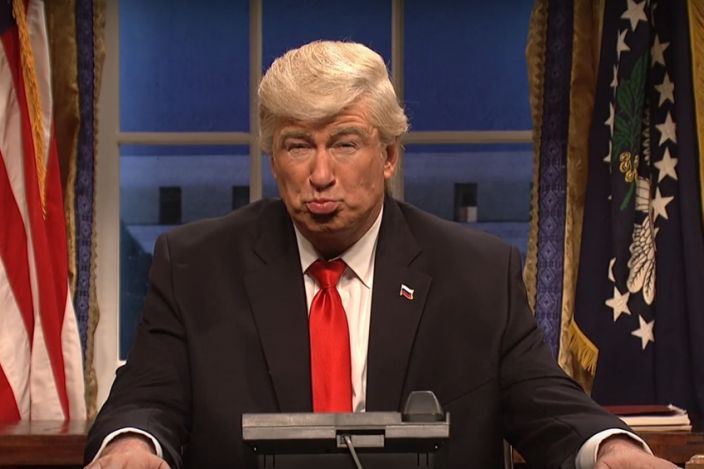 Biden back to or is still at 259 on Real Clear Politics Live Results page: 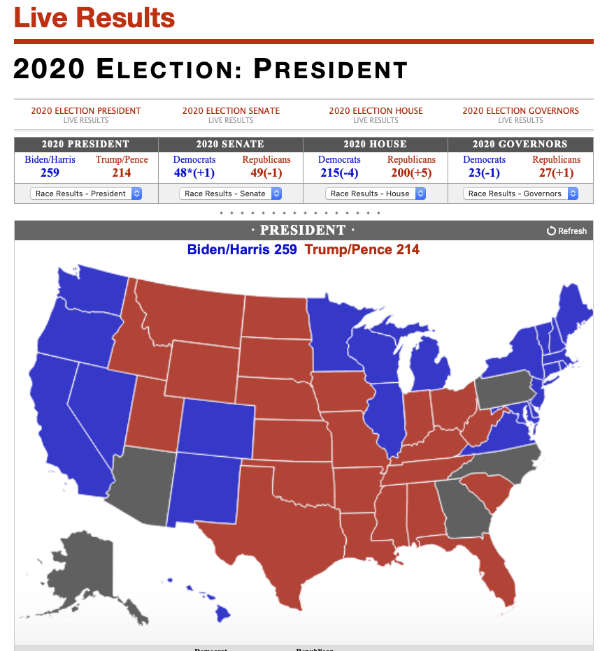 #FakeNews won’t cover law suit which will invalidate 300,000 or more crooked democrat votes votes in Philly. Real Clear Politics just took PA away from Biden and made it a toss up. Only the beginning please look beyond the Big Media censorship to watch it all change. 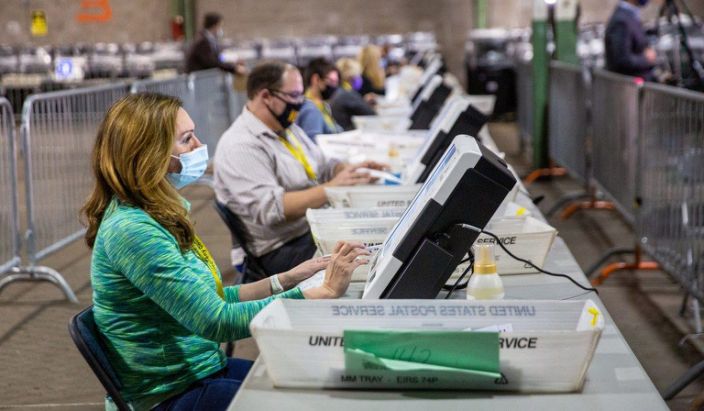 A group of ten Republican attorneys general announced Monday that they are filing an amicus brief with the Supreme Court in a case challenging mail ballots in Pennsylvania, arguing that the state increased the risk of fraud in the election.

Missouri Attorney General Eric Schmitt led the group in submitting the brief, which asks the Supreme Court to reverse a recent decision by the Pennsylvania Supreme Court allowing mail-in ballots to be received three days after Election Day, including those lacking a postmark to prove they were mailed by Election Day.

The brief argues the state court’s ruling was unconstitutional in that it violated the separation of powers. The attorneys general also argue that with the ruling, Pennsylvania exacerbated the risks of voter fraud in connection with absentee ballots.

But Dobbo apparently just said these claims were baseless so there.

Their meltdown when Trump is declared the winner by the courts will be epic.

FYI US House -House R Leader Kevin McCarthy says Republicans now 20k votes from taking control of US House. -Lead remaining 20 of 24 races. -McCarthy says even if they don’t take majority, Rs “will be able to control floor” w/2-3 Ds to prevent Pelosi from being Speaker. 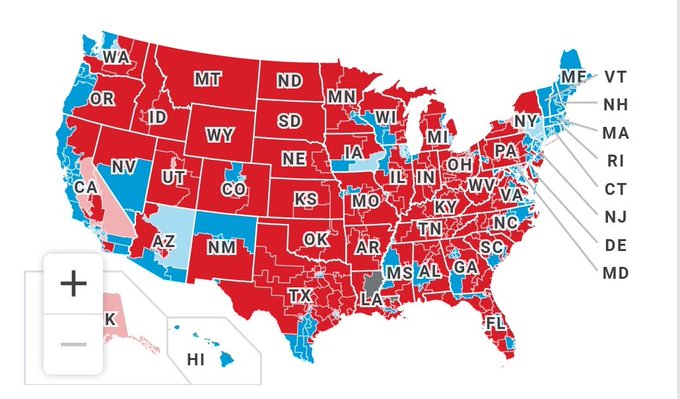