So if you’re absolutely sure it’s all over then you should not turn down the chance of a 7% (minus commission) return on your money in a few weeks by backing the dementia patient.

Apparent issue with sending links to https://thedonald.win in messages

BREAKING: Messages about election fraud are being censored via text message. Here is 100% proof! G

or Verizon or all are the culprit. More testing is needed to figure out which company(s) is censoring text messages about the fraud! We have hit peak level censorship!

If you look at the four battleground states, you can see the fraud clearly in the data when it comes to dem/rep ratio. Biden votes are on average counted later in these states. In all other states the distribution is normal. This is going to the Supreme Court folks and the only reason the media is pushing the Biden narrative so forcefully is to make it politically unpalatable for the Supreme Court to intervene on their power grab.

Trump visits the free and joyful crowd via cavalcade.

This is fine for Bill Maher to say. But the same sort of soul searching was done 4 years ago. The Democrats are not prepared to sacrifice any of the Progressive Red Lines. End of story.

Woke people represent the enthusiastic life blood of their movement. They would probably be febrile without them.

The entire Democratic Party also mythologized the Civil Rights movement so much that it’s a religion. The Woke crowd are the puritans of that religion. Theres no escape from them now.

“Massive rally right now… nobody can go live on facebook…”

Big tech censoring the #StopTheSteaI Rally in DC by cutting off WIFI in order to stop our ability to go live and post. #MillionMAGAMarch @mrmayfieldusa

What do you mean by “not even Fox”? Fox News are almost completely anti-Trump besides Tucker Carlson and a couple of others.

Indeed, something that is lost in the fog of war, as an example, they hired former house speaker Paul Ryan to the board.

“Paul is embarrassed about Trump, and now he has the power to do something about it,” a Fox executive told Vanity Fair. 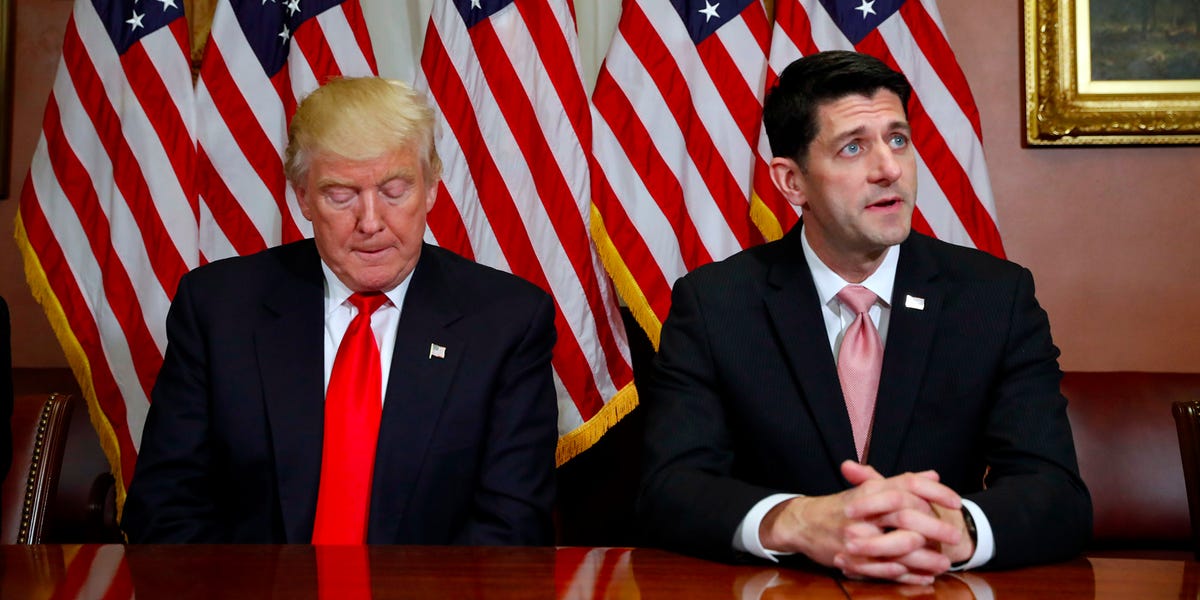 Former House Speaker Paul Ryan reportedly wants to use his position on Fox's...

Ryan was House speaker during President Donald Trump's administration but is said to think being on Fox's board provides more power to "do something."

I think Judge Jeannie got the boot and according to this site, Diamond & Silk reveal offer of cash to switch in their latest book revealing further shenanigans at Fox.

Fox News Fires Diamond and Silk Shortly After They Refuse $150k To Turn On Trump...

The sensational duo of Diamond and Silk whose real names are Lynette “Diamond” Hardaway and Rochelle “Silk” Richardson, have written a book titled “Uprising: Who the Hell Said You Can’t Ditch and Switch?—The Awakening of Diamond and Silk.” In the...

The idea of Trump running a news media empire looks better every day.

“I never say anything I can’t prove…”, Sidney Powell

Trump’ll be re-elected. He’s been long (s)elected as their guy to oversee the fall of the USA and he’ll be the last president of the US as we currently know it. Chaos incoming, stock up on popcorn.

Are paddy power taking bets on a trump win any more? Don’t see it as an option, but they look to make a €3m loss if he wins, so they may have stopped taking bets…

I’d hazard a guess they also thought they wouldn’t get paid, Trump has form here, no?

Scytl has also been an item of interest since last week. Here is a long piece concerning the previous Executive Order , excerpt below:

BOMBSHELL: The 2020 election took place under a Trump-declared

BOMBSHELL: The 2020 election took place under a Trump-declared

In the EO, the President also states that people and organizations located, in part, outside the United States are known to be able to, “interfere in or undermine public confidence in United States elections, including through the unauthorized accessing of election and campaign infrastructure or the covert distribution of propaganda and disinformation.” If you’re starting to see how this ties in to CNN, the NY Times, the Washington Post and MSNBC, you’re not alone. All those organizations, as you’ll soon see, have been caught under this emergency declaration of “foreign interference” in U.S. elections, aided by complicit corporations on U.S. soil. The EO further states that this foreign interference in U.S. elections, “constitutes an unusual and extraordinary threat to the national security and foreign policy of the United States.” Why is this relevant to anything we’re seeing right now with the massive election fraud carried out by the Democrats and the deep state? Because Dominion Voting Systems is a Canadian company . And Scytl is run out of Spain. That’s right. Dominion is a foreign-owned company, which makes Dominion-based election theft a “foreign interference issue.” Scytl, by the way, is connected to George Soros and the Democrats, and according to TGP (see below), “Bill Gates also own stock in Scytl.”

Dominion is Canadian, Scytl is from Spain; both represent “foreign interference” in US elections… with data routed through servers in Germany

Trump’ll be re-elected. He’s been long (s)elected as their guy to oversee the fall of the USA and he’ll be the last president of the US as we currently know it. Chaos incoming, stock up on popcorn.

From what I can tell that’s a spin determined to psyche out his supporters, emanating from a Rothschild direction on twitter, circa 1 maybe 2 years ago.

The Guardian drops the ball here when running the Russian propaganda whoops!

The FBI investigated and did not find any evidence of tampering or sharing of voter data. But the incident was a giant red flag as to the potential vulnerabilities of American democracy – especially as many states have outsourced vote-counting to the private sector. After all, the purchase happened while Russian agents were mounting multiple disinformation and cybersecurity campaigns to interfere with America’s 2016 general election.

The fact is that democracy in the United States is now largely a secretive and privately-run affair conducted out of the public eye with little oversight. The corporations that run every aspect of American elections, from voter registration to casting and counting votes by machine, are subject to limited state and federal regulation.

'They think they are above the law': the firms that own America's voting system

In the second of a two-part series: How a few private companies that have little oversight and keep information secret run US elections

The “russian rig” maintained by the media assets for years was pure deflection from the failed “hillary rig”, why did it fail?

It failed because some unknown entitity intervened and deactivated it effectively allowing Trump to win in 2016. Currently at least one retired US military head has admitted as much but not who, what or how - which confirms what was already speculated around the fringes of the net.

That night Hillary didn’t miss her speech to her campaign people which saw Podesta give it because she was drunk, no she was most likely hold up in a mobile SCIF with all the other perps having a collective WTF meltdown trying to figure out how they had been systemically out manoeuvred in their plans, and losing the election and potentially much more.

A man named Peter Neffenger, a retired Admiral, is president, and listed on the board of directors of ‘Smartmatic’, which created the software for Dominion. Neffenger is on the Biden transition team

I don’t believe a word that comes out of Mike Adams (Natural News, Health Ranger etc.). He’s been wrong about literally everything over the years. He needs to stick to discussing vitamins and lab testing turmeric etc as he makes an idiot of himself when he strays from his lane.