Have yiz not all figured out yet what is going on?

This is a permanent lockdown, with some privileges returned to keep you calm (enough) playing levels hop-scotch - Tension > Release > Tension…

Latest little daily talking-bubble-nugget from leo the (controlled) leaker who tells lies but breaks no laws and meets world leaders in secret behind the backs of the Irish people says:

Tánaiste Leo Varadkar has said existing delays in vaccine deliveries will not prevent an easing of Covid-19 restrictions after April 5th but said any changes would be “very modest”.

As The Irish Times reports, he cited a return to work on building sites, a lifting of the 5km limit for exercise, the resumption of click and collect shopping and allowing more outdoor activities as the kinds of restrictions that could be eased in April.

Mr Varadkar said: “What we made very clear in the plan when we published a few weeks ago is that we would review the situation in the run up to the 5th of April.

“And we’ve said that the only kind of restrictions that we could see being eased in April would be construction, the 5km rule and allowing more activities outdoors.”

Mr Varadkar told RTÉ radio’s News at One that on Tuesday Ireland recorded the lowest number of new cases in the European Union which he caveated as “only one day” but added is “a big turnaround from where we were back in January.”

Varadkar says vaccine delays will not stop easing of restrictions in …

But I thought you kept ripping the plan up dear boy cause the Virus doth eat your homework.

Mmm. I sense Panic. I think they be afraid of the peeps.

Why wouldn’t they be? When you remove all the media and other ephemera from the scene all they have defending the enormous edifice of falsehood is a few hundred baton-happy meatheads being directed by an MI5 agent out of Dublin Castle. In the real world-which more and more citizens are returning to each day-the physical barrier is literally that thin.

…Speaking in the Dail today, the Taoiseach Micheal Martin said that “in the week leading into the 5th, we’ll take advice from NPHET and then advise what we believe is the best way forward for the following six weeks.”

So we’re back to the same round of rumours that were shooting’ around March 2020, which at the time people like Resident Bilderberger Simon Covney denied IIRC, this time will it also be denied?

Even the sight of green uniforms on the street would mark the beginning of the end for the government; one of them just discharging a shot, let alone killing or injuring someone, would mean all bets are off.

It would mean all bets are on. I don’t know if the general population know exactly what rural law abiding inhabitants have.

Well here is the thing - Have not the Irish Defence forces been recipients of a direct and insidious agenda driven demoralisation exercise by the current provid regime for a long time.

Is it just clever disinfo by way of false rumors by disseminate via reputable alternative sources, to discourage and unnerve potential paddy’s day fun.

The President is the head of the Armed forces in Ireland not any minister IIRC constitutional provisions but not sure of the interplay of law and powers the minister of defence as part of their cabinet weaponry.

Facebook, Twitter, Whatsapp and TikTok were asked to outline whether enhanced measures were being implemented in the wake of February's violent ...

Point of note: Irish Examiner is now owned by The Irish Times. (as of July 2018). The Irish Times is owned under a mysterious corporate trust structure. You can see some of the members here below.

Find the Latest Local and International News including Sports, Analysis, Business, Weather and more from the Definitive Brand of Quality News in Ireland.

All Stage managed Kabuki theatre and an event 201 committee if there ever was one. All planned in advance. More to come.

Gov are hand in glove with tech giants for years as part of rolling agenda.

Provid regime is exercising and broadcasting unchecked mass mind-control on population to seize and destroy nation once and for all.

The trend has been clear for some years now.

Infiltration instead of invasion.

The Ghost in the machine

A group of German protesters used frightening costumes to draw attention to what they believe are overreaching restrictions created in response to the pandemic.

Taoiseach refuses to ‘speculate’ on tight restrictions until June

The idea of restrictions till at least JUNE is now injected into the mass mind on a FRIDAY.

Taoiseach refuses to ‘speculate’ on tight restrictions until June

Taoiseach refuses to ‘speculate’ on tight restrictions until July

Taoiseach refuses to ‘speculate’ on tight restrictions until August

Taoiseach refuses to ‘speculate’ on tight restrictions until September

Taoiseach refuses to ‘speculate’ on tight restrictions until October

Taoiseach refuses to ‘speculate’ on tight restrictions until November

Taoiseach refuses to ‘speculate’ on tight restrictions until December

”When I said June I didn’t mean June I meant June”.

Every media piece message no matter the story, posits the lethal injection as the contingency to freedom when nothing of the sort is true.

Phase II of this event. If it follows the discerned pattern may turn out like this:

All the things last year that didn’t really happen but they said did, will happen for real this time, for real for real, but, it’s contingent on dosing the population with the enough of the lethal injection.

Unfortunately “hte usual suspects” were present and gave the journalists the opportunity to highlight the “anti-everything” elements.

at the foot of the report is this!

Sir Patrick Vallance, the UK’s chief scientific adviser, told MPs earlier this month that protests elsewhere had not resulted in a spike in infections and that outdoor gatherings were safer than indoors, though not risk free.
He said: "It is the case that it is difficult to see how things like large beach gatherings and so on can cause a spike. The same was the case in a protest march in New York; they did not really see any spikes after that.
“It is lower risk, but the other thing that can happen with outdoor events, and so on, is that, when indoor things are also open, you start to get people congregating indoors around that. That can increase risk, but outdoors itself is lower risk.” 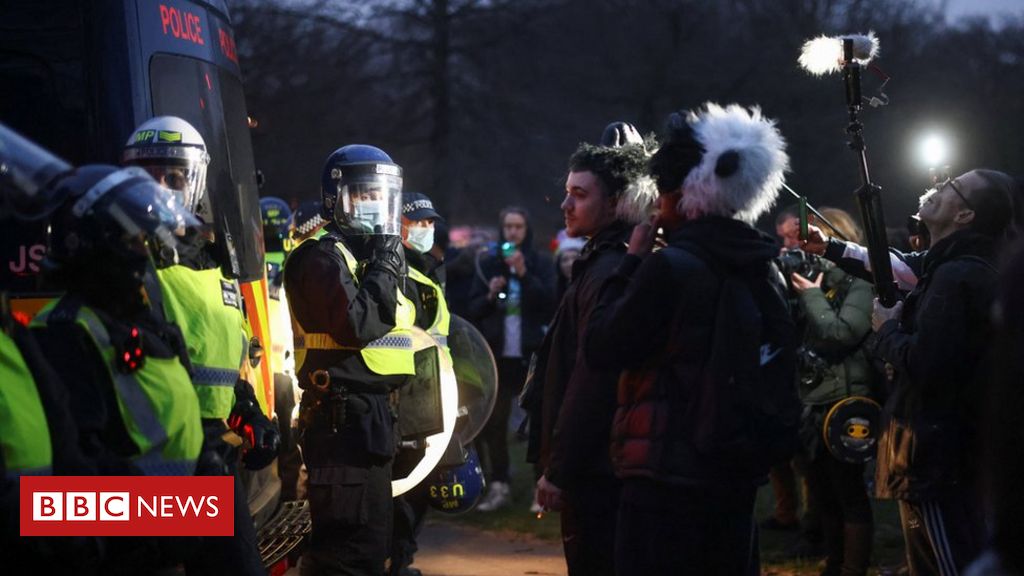 Thousands demonstrate in London as police warn of a "significant operation" with 33 arrests so far. 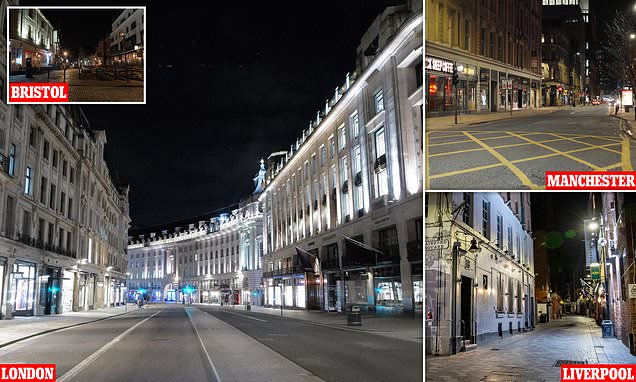 PETER HITCHENS: Is shutting down Britain REALLY the right answer?

PETER HITCHENS: Here I am, asking bluntly - is the closedown of the country the right answer to the coronavirus? If we have this wrong we have a great deal to lose.

One year on and I think Hitchens was right 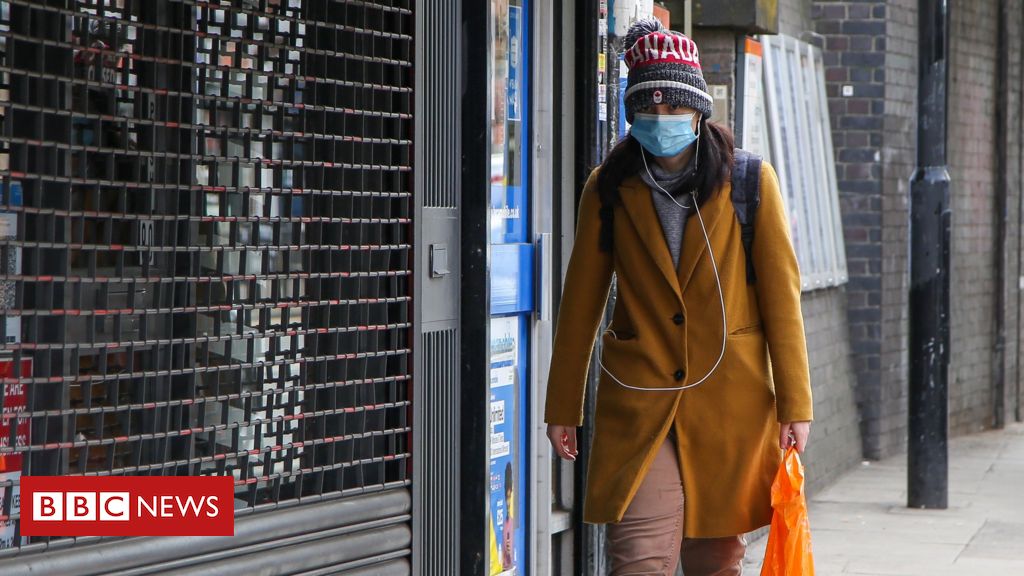 That’s not news dude, why do you think I started this thread? Thanks for posting!

Fauci made same clear last year. If you use simple logic and observe how this operation works and the moves since day one you would already know that 5-10 years is a more realistic timeframe, but for what exactly?

Of note, the world bank program for covid loans ends 2025. 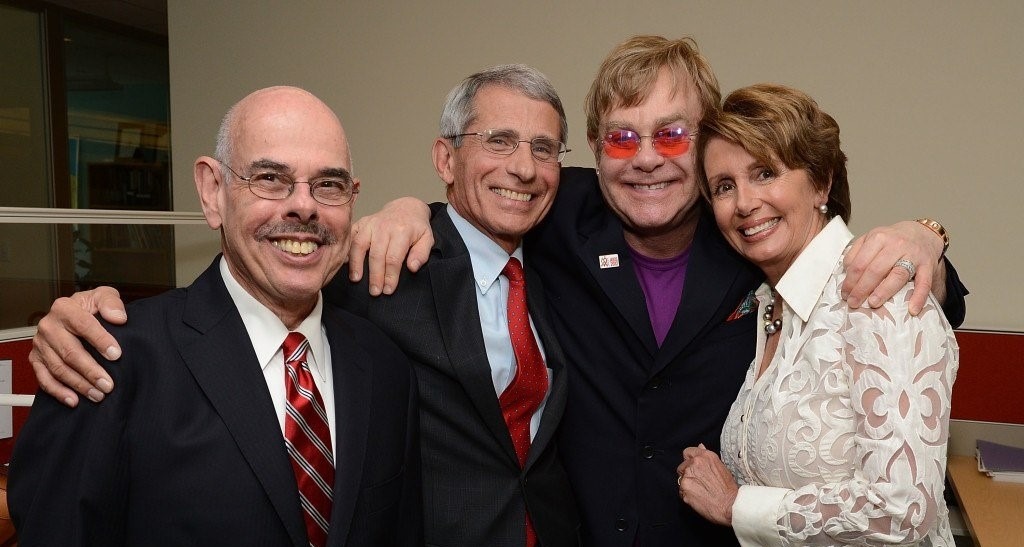 Everyone needs to go back and listen to the opening proposition that was made by Varadkar and think logically about the consequences of what he said and what message opened up this whole event. It’s all there if you actually listen. You are always told.