Yeah - Ivana Bacik is all for the Hate Speech bill etc.

Ivana Batshit is heavily pumping the illegal migrant amnesty. If she finally gets elected now it will be a very concerning development for this country.

Yes. But let’s be realistic. FF FF SF and Soc Dem will do nothing to oppose that and are scared stiff of being labelled racist.

The Aontú candidate is the only one with End Lockdowns on some posters I’ve seen. But they’ll get no press.
I expect Batshit and the Soc Dem lesbian to get some positive puff pieces. Has Batshit’s time finally come ? Maybe she was right all along, the problem was Ireland wasn’t ready for her etc

Perhaps. If so be afraid…

I actually made a mistake. I was comparing infection not case rates. IFR’s not CFR’s. The CFR for normal flu is more than 20x the numbers “projected” by the Nphet for the new variant and the CFR for the last pandemic flu (H1N1-09) in 2009 was at least 200X or more.

What this tells us is that absolutely no one in Nphet making decisions has even the most basic medical knowledge. Because the IFRs and CFR’s of infectious diseases is one of those 101 courses in medical schools. Its in all the clinical diagnostic treatment manuals for starters. No person with even the most rudimentary medical training on Nphet would have agreed to making such a projection public as its is so obviously completely fucking stupid from a pubic health medical risk point of view.

These policies are being decided by people with absolutely no medical knowledge. None.

If you are wondering why there have been no successful legal challenges to this dictatorship by the Committee of Public Health blame the judges. As Ryan Air discovered in their legal challenge Irish judges (all political appointees) will go to the most extreme lengths to basically make up law to support the government position. Irish judges see their role as exactly the same as those in the Soviet Union. To support the government come what may. No matter how contrary to the actual law the government is actually acting. 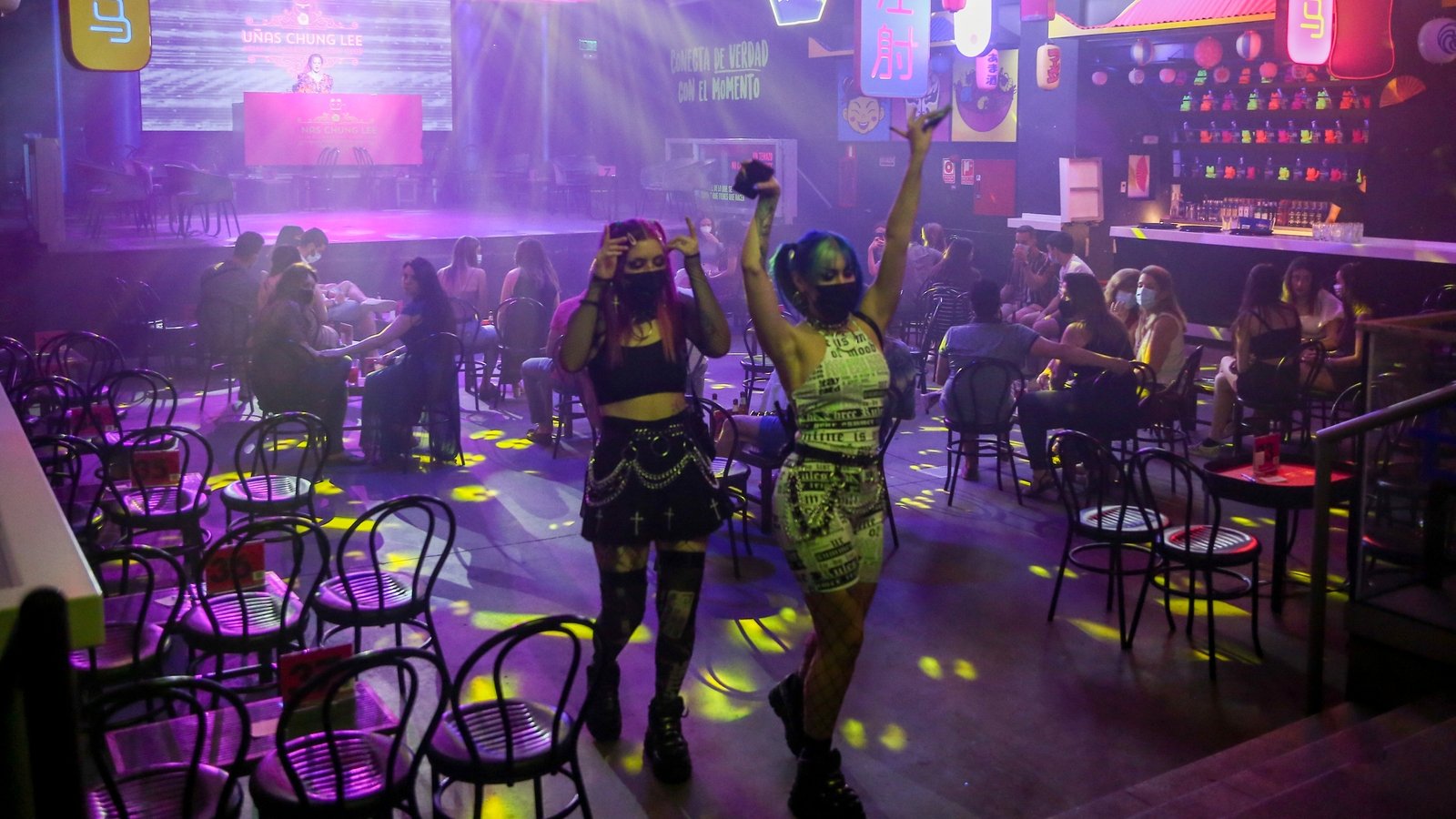 Ireland stands out as one of the most cautious countries in Europe to reopen indoor hospitality to its residents.

The property market is fundamentally sound, expect a continued soft gentle landing into the mature phase heading into Q1 2007 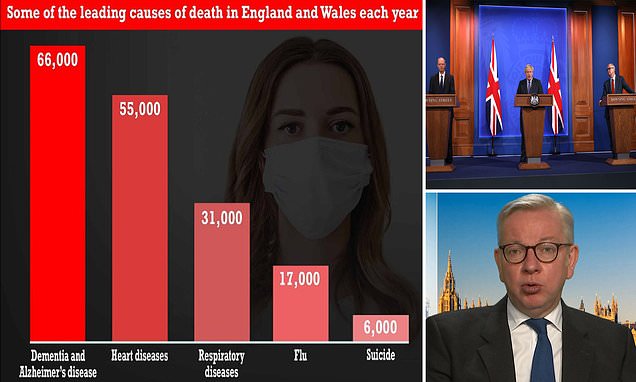 Scientists seeking to manage expectations before restrictions said achieving zero Covid deaths in the UK was 'impossible' and the focus should be to bring them down to flu-like levels.

Different source to jmc, who I think does his own stats, but a nice indication of mortality/deaths by age group.

Reaction - Woe is us we need to delay, extend and pause to keep the Deltas at bay!

So while you’re looking at this PRS roll out if you look a little to the left or a little to the right, yes that’s right, you’ll see them earnestly skulking toward all the children, while people cry into the feed of beer & chips they never had.

I’ve seen those stats, and similar, however, JMC just seems to be out by a factor of 100 in his calcs, which drove his conclusion that the CFR for normal flu s 20x the numbers “projected” by NPHET etc

To be honest, since the start of this the Irish State has reminded me of colonial administrators. The kind of old timers who get glowing obituaries in the Telegraph, “the native peasants regarded him highly and he was benevolent towards them etc”

The lack of respect being shown towards this alleged “Young, highly educated society” is astonishing.

Did you see my correction? Its actually a CFR not an IFR. Of around 0.003. Or 0.3%. (there was a typo) And those tables are bases on a purely speculative models with almost zero clinical data to support them. So divide by at least 2 or 3 and then some. Based on previous experience with models from these people. And that 0.3% is still a fraction of any of the plausible lower end CFR from SARs Cov 2.

There are a whole range of CFRs for SARs CoV2 viral pneumonia ranging from the plausible (same range as other HCOV’s) to the out right pulling a number out of their arse. To use the technical term. Which is what Nphet have been using for the last year and a half. Made up numbers pulled out of their arse.

The relative risk numbers I quote are correct. You are still far more likely to die of influenza if under 70 than of a SARs Cov 2 viral pneumonia (PSI/PORT) . No matter which variant. And if over 70 its mostly a substitute death risk from a general pneumonia.

My original mistake was mixing up IFR and CFR. Sorry. The IFR for seasonal flu is very very low. The CFR for seasonal flu is a lot lower than for pandemic flu but the only reason why the CFR for SARs CoV pneumonia comes close to the CFR for pandemic flu is because of its very skewed age profile. About 60% of serious flu cases are over 60’s whereas 90% of serious SARs 2 cases are over 60’s. The mortality numbers are even more skewed. About 1/4 to 1/3 of pandemic flu deaths are under 50. In SARs 2 its a few %.

Plus always remember the if its not a viral pneumonia its not SARs CoV 2. Its something else. Which is why WITH and FROM are two totally different data sets. WITH numbers mean little, FROM numbers are the ones that matter.

Now the really interesting thing about the current new variant paranoia is that with normal novel viruses variants evolve over time to be less virulent and less dangerous. So from a public health point of view new variants are a good thing. The crowd out the more dangerous old variants.

Now if SARs CoV 2 was not a zoonotic virus, one that jumped species, maybe the paranoia about new variants might make a bit more sense.

Just been brought to my attention in recent days that the model is apparently up on github.

Reading the messaging build up since last week and especially yesterday. It is possible someone is about to be politically taken out. I wonder who.

My read is it’s NPHET or someone in NPHET is going to be taken out politically and NPHET is now done in the eyes of the public. Usually before any takedown, the target it built up in advance.

If you think they are this stupid, if you think they expected the public to have a collective WTAF moment yesterday, with the onerous tension and release in the media driving people mad, think again. They have been winding people up since the start. A bit like one of those on/off teenage relationships where one poor sap is strung along any the other.

Point being - the net benefit of any outpouring of public emotion can not go to waste and must go somewhere, in the immediate and longer term. There is also the issue of not letting that be SF.

Is it all to play for or is it a forgone thing?

Has it been a very carefully sequenced string of events, still ongoing, and who is actually doing the sequencing?

NPHET has very cleverly being painted as nuts by sly implication leaving the public to fill in the blanks.

Things like the headline figure of 700,000 cases, the chart of modelling being released for all to see with the headline figures etc. etc. while a respectful government looks on in dismay. There will be calls for some balance, even heads by the political rank and fill. Yea you get the picture.

It only takes one head to roll to restore the power perceived authority of the very people who have sold you out from day one but know how to survive, at all costs. That keep the Provid Regime and permanent Government (swamp island deep state) in place. That’s one outcome.

Another possible outcome is they are all going to be taken out, by allowing them each take the other out in a blazing political collapse mafia turf war style-esque finale. This one might spell the end of the Povids Regime and something else to occur that will surprise, this could also be used for a SF win outcome and the permanent gov sanction the passing of the torch to SF.

The tide is out for SF in my view. The Dublin Bay South Polling is not good. It’s low enough to make Chris Andrews worry about his seat.

SF have spent the last 16 months talking out of both sides of their mouth. Instead of, you know, LIBERTY, Equality, Fraternity. They could also have talked about the National Debt and Govt recklessness. They didn’t. They’re captured effectively by Proto-Stickies like Eoin O’Broin, and they’re full mass migration and Globohomo. A chunk of their vote won’t go anywhere. It’ll just stay home.

When it is official Regime policy to replace a constitutional Republic with the Daily Dogma of Clownworld and all the world is a Circus, where does that leave those outside the tent?