Just one guess at whose words these are? (Uttered ten years ago!)

"There are those who do not share the same desire to protect public health and our social well-being who will criticize our process, label it as biased, call for more debate, call for more research, call for more evidence, selectively and self-servingly use evidence and generally seek to obfuscate and confuse the public debate."

*Edit: His words of wisdom contained here - around 3rd last paragraph I think.

Ladies and Gentlemen. It is an honour for me to be asked to open this important conference. I want to thank the CEO and Chair of Alcohol Action Ireland for the kind invitation. It will be, I’m sure, a timely and worthwhile contribution to public...

It’s got to be Houlinstein.

What do I win. A bridge? A pension? What?

(The prize is a four-week stay in a two star Mandatory Quarantine hotel - at your own expense. Clean sheets and towels are extras!)

Cork East TD James O’Connor said that, as the youngest member of the parliamentary party, he found it harder to defend Fianna Fáil and the Government, warning that the party was becoming “irrelevant and toxic” to young people. It is understood he also called for antigen testing to be rolled out.

He also called for €150 to given to everyone born since 1996 if they are offered a Covid-19 vaccine to encourage them to take the vaccine.

They’ve been doing all shorts of incentivising with donuts, lottery offers and plenty of other crap in the US to get people hooked up with the lethal injection, which means they’ve hit the point of demographic resistance, and as predicted so has Ireland.

The unfair to the “young” meme is being pushed, despite already admitting they weren’t gettin’ no lethal injections until end of 2021, no targets hit ya know… so it’s all pretty much a load of bollox and probably an attempt ot get lethal injection into arms before they expire in a few weeks.

Covid: Full vaccination for 20s unlikely until October or November

Someday soon or in the future, the back rooms deals will come out and few if any may be immune from prosecution or worse, like Ceaușescu worse, cause I dunno hoe many times it’s tried but this idea you can kill people, maim and also subvert an entire nation and inalienable rights because you have used the words “safe & effective” while making killing, maiming and subversion of a state a legal pursuit, is comedy of the century. It always ends in tears.

You have to wonder what kind of penalties are the Pahram Regime are facing if they do not get enough needles in arms with the level of this subversion and destruction to human life.

The Minister for Health Stephen Donnelly told the Fianna Fáil parliamentary party meeting that the National Public Health Emergency Team (Nphet) modelling, which informed the Government decision, did not include changes made by the National Immunisation Advisory Council to allow younger people to be given AstraZeneca and Janssen vaccines. He also told the meeting that “the biggest hurricane that has ever hit Ireland is coming”.

Weird and incongruent quote, looks a bit like comms.

Freaking amazing anyone could read through those posts and still think about getting the jab. What concerns me so much are the delayed reactions so many people are having. Months later and they say they are getting worse over time. What a shit show and now perfectly healthy kids are being submitted to this.

Cork East TD James O’Connor said that, as the youngest member of the parliamentary party, he found it harder to defend Fianna Fáil and the Government, warning that the party was becoming “irrelevant and toxic” to young people. It is understood he also called for antigen testing to be rolled out.

He also called for €150 to given to everyone born since 1996 if they are offered a Covid-19 vaccine to encourage them to take the vaccine.

When it is official Regime policy to replace a constitutional Republic with the Daily Dogma of Clownworld and all the world is a Circus, where does that leave those outside the tent?

Fauci predicts there could be 'two Americas' between vaccinated and unvaccinated...

Dr. Anthony Fauci is concerned about the gap of vaccinated and unvaccinated populations as the delta variant of COVID-19 spreads, saying there could be "two Americas."

You might say that HEADLINE is misleading, and yet that’s an MSM repeater node.

Could be Leo or Martin talkin’… see no matter where you go, it’s a new universal truth that “the young”, well the Deltas really does have it out for the young, specifically the young and so totally like unvaccinated:

Here’s the deal: The Delta variant is more contagious, it’s deadlier, and it’s spreading quickly around the world – leaving young, unvaccinated people more vulnerable than ever. Please, get vaccinated if you haven’t already. Let’s head off this strain before it’s too late. 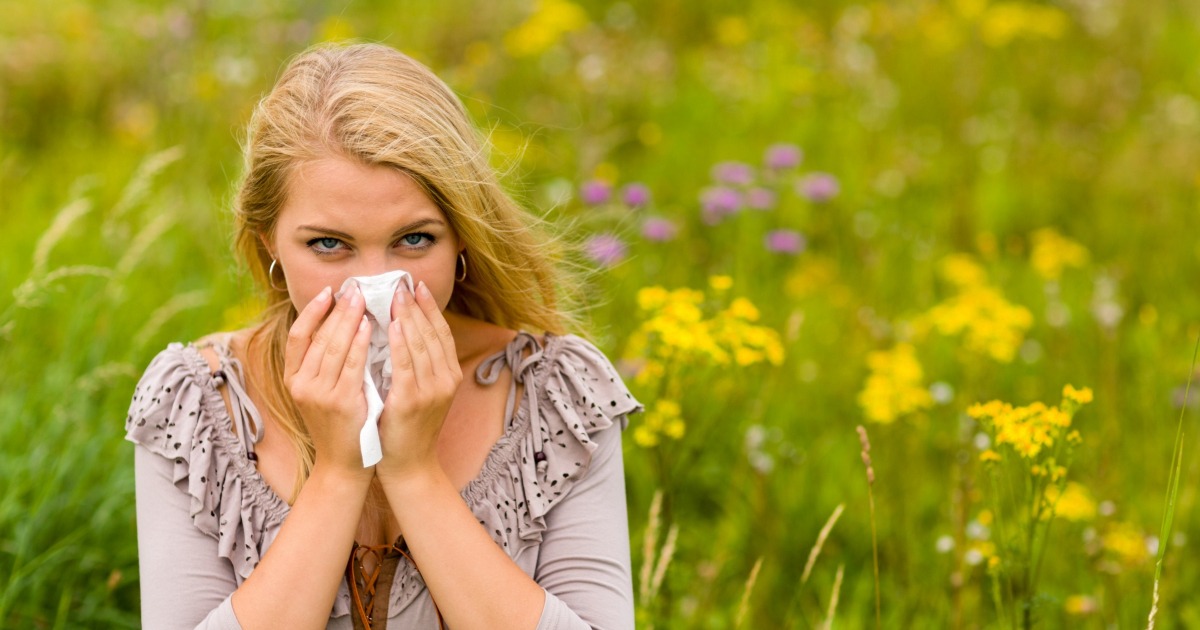 Even the meme’s can’t keep up with Ireland levels of swamp off-gasing. 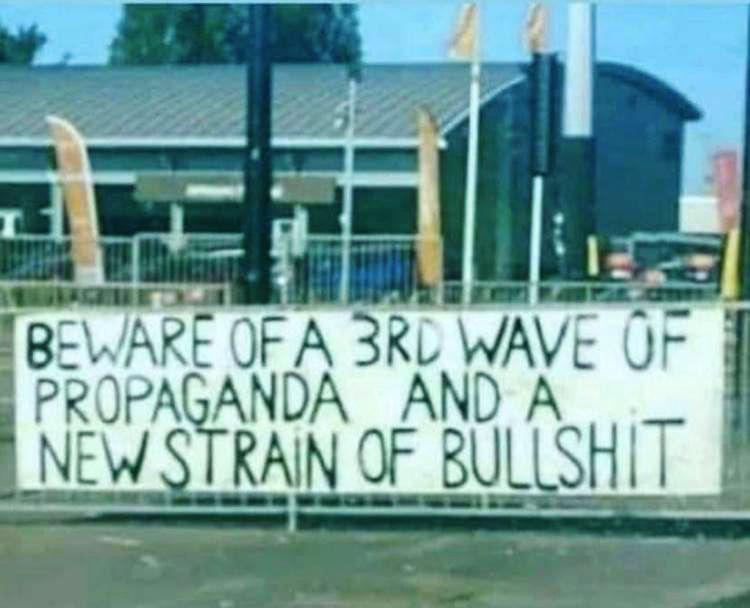 Think i shared this on another thread but it’s worth repeating - this really is about eugenics and population reduction.

Fauci's Emails Confirm He Faked A Pandemic, That There Was No Million-man conspiracy, And That He's A Man On A Mission. It's All Eugenics.

Even ctrl+F to the section on Churchill, and Adrian hill…everyone at a high level in the Covid scam was involved in or had parents involved in open Eugenics societies.

The tide is out for SF in my view. The Dublin Bay South Polling is not good. It’s low enough to make Chris Andrews worry about his seat.

This remains to be seen. Andrews would command a bit more respect in the constituency due to family lineage and one suspects he knows a claret from a beaujolais.
I suspect that Sinn Fein roughnecks from up North or more working class constituencies are less welcome.

Are You A Moron?

Remember I told you now was not a good time to have an injection + adverse reaction go large happy meal.

Mr Reid said Irish hospital numbers have returned to levels not seen since before the start of the pandemic in 2019, and any increase could mean a return to cancelling elective procedures and non-Covid care.

He said: “The reality of it is our hospitals are extremely busy right now and understandably so.

“We are very conscious (of the need) to get back to non-Covid care and elective care, as the economy’s opened up.

“We have a lot more attendances and admissions from our emergency department.

“Our hospitals are extremely busy. In fact, our emergency department attendances are now, and have been for the last few weeks, above the equivalent period in 2019, pre-Covid.

“So we are extremely busy and that would be an extreme concern for us, if it was to turn into hospitalisations at a significant level.”

Gee… I wonder why business is suddenly up of late?

I mean the Deltas hasn’t really taken hold yet, and yea society is opening up so there is a bit more activity, few more drinks consumed and of course there is no chance that 30/40% of the increased admission and attendances are due to the rolling adverse reaction ripping through the experimentally injected population on the island.

RTE didn’t have to look too far to get hold of pro restrictions “expert” Martin McKee to decry the UK’s reopening plans. (Look at his Twitter account - constant anti-Brexit, anti-Boris stuff and endlessly quoting The Guardian - which seems to be lodged permanently on every RTE broadcaster’s desk as a policy-guide.)

British plan to ease lockdown 'does not seem sensible'

Reports suggest Boris Johnson is preparing to lift most restrictions in England on 19 July with a final decision due on 12 July. The announcement is expected around 5pm today.

Here’s the funny part. Back in early 2020 this staunch Remainer was issuing dire warnings about the fact that the UK was likely to be well behind the curve when it comes to acquiring vaccines…due to Brexit! 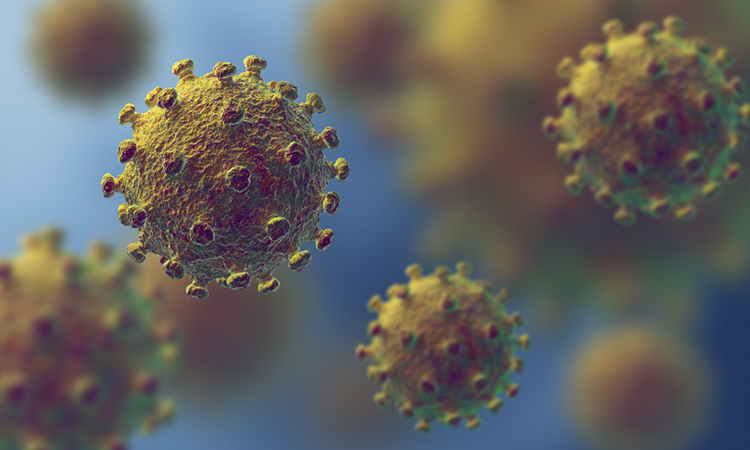 Brexit is not related to speed of Covid-19 vaccine delivery in UK, says health...

One cause is that amateur sports are back.

Another knock on effect of lockdown measures.

It should be clear at this point.

The plan is and always have been to inject 100% of the population.

If they achieve 70-80% by September, which was always the real target outlined in January 2021, then the next round of lockdowns begins and the other things.