When Stephen Pinker was in Dublin ?3 years ago to promote his book (Enlightenment Now) Ryan was the one giving his introduction & hosting him at TCD.

Meant nothing to me at the time, only clocked it since ISAG & all this propaganda started ramping up…

I don’t find those figures in the Technical Briefing, so am I right that he himself has calculated these figures? And he speaks of CFR when it’s IFR in the image?

The numbers are mostly calculated using the first row of table 5 (ie total unvaxx = 219716, then subtracting deaths) of cases to emergency care & deaths, so yes CFR would seem more appropriate as there must be more community infections (both tested & untested) that aren’t captured, which should be accounted for in an IFR calculation?

COVID being so different among different demographics, the 50 cut-off might seem like a nice, round, mid-life number, but it’s not where risk rises sharply. A better cut point (IMO) would be 70, 75, 80 or even 85. The tweeters remark about the Simpson / Berkson issue was interesting, but while I know some stats that’s not an issue I’ve had to worry about or consider in my own (small-scale) stuff, so I don’t have experience of playing with the maths of it. I’m guessing @jmc does though

BORIS Johnson has sparked fresh fears of a winter lockdown with plans to extend “draconian” Covid powers for another six months. The PM will face a revolt from furious Tory backbenchers…

Thanks. Yeah could be misleading, purposeful or not and the Simpson, Berkson paradoxes not explored there. Ditto here - not a stats ‘expert’ - ah f**k maybe I am some sort of xpert.

Still, overall lower CFR in the unvaccinated, says the man, loud and clear.

Proportion of vaccinated is much greater in over 50 cohort and death is much less prevalent in under 50s.
Correlation does not imply causation and there could be other causes that are possible reasons for the large CFR differential.
If vaccination was a strong predictor of case fatality independent of age then that would be a meaningful statistic but vaccination rates in these data vary massively by age making it impossible to conclude anything about vaccination effect on CFR.

We also have no idea how along ago the fully vaccinated were vaccinated, and with which vaccine. Again, the maths on this is interesting.

However, one conclusion that can be drawn is that the vaccines are certainly not 100% effective against severe disease, hospitalisation & death as was originally claimed… even the manufacturers are saying efficacy is dropping, boosters are needed, and the Pfizer guy (ex-FDA) was talking about boosters every 6 months in a recent interview.

For younger age groups I still don’t think the (unknown) risk vs benefit is worth it, and the level of gaslighting and coercion is sinister.

Also the way they are playing with numbers and statistics.

Fish In A Barrell

A small insight into the testing, since the numbers have not been published since May 13th 2021 almost 4 months absent of clear data

The State’s Covid-19 testing programme will be “busy” in schools this month, a health official has said.

Niamh O’Beirne, the HSE national lead for testing and tracing, said on Sunday that the HSE “certainly expects schools to be busy from a testing perspective for the month of September”.

She said that the HSE was already referring schoolchildren for testing and tracking close contacts in schools since they re-opened.

“It is expected that there will be a degree of transmission in schools but the advice from public health has remained as before and all the measures are in place within the schools.”

She said that testing in the 0-14 age group was 40 per cent higher than other age cohorts, but had so far shown a lower positivity rate of around 10 per cent.

Ms O’Beirne, speaking several days after public transport returned to 100 per cent capacity, said that so far the data indicated that very few close contacts were being recorded from trains, buses and other forms of transport.

She said that Ireland’s testing capacity was not full and had “a little bit of space”.

The HSE is predicting that it will carry out between 18,000-20,000 tests on Monday – a figure close to the service’s capacity for community testing.

“It depends whether it is transient, and just lasts for a few days as the peak, or whether we see a consistent demand at that level,” Ms O’Beirne told RTE radio.

On Saturday, Taoiseach Micheál Martin said Ireland should “take some heart” from early indications that rates of Covid-19 may be declining.

Ms O’Beirne said that trend was real, with referrals from the 15-24 age group declining.

The average for the last know previous 28 know days in May, indicate a 17.4K delay average of test with a min of 11K and max of around 20K.

so basically we are just pissing away money on loads of tests now ya?

so basically we are just pissing away money on loads of tests now ya?

At least it’s only fiat money in the end, not real money, be thankful for small mercies no? 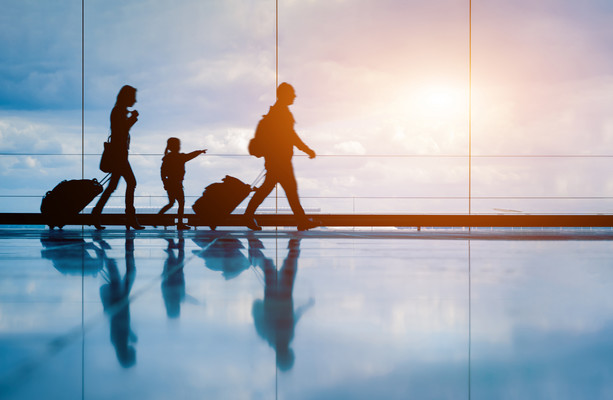 Restrictions on short stay visa processing will be lifted on Monday, Humphreys...

This will benefit travellers from all countries which require a visa to enter Ireland.

The move will come into effect from Monday, 13 September and applications for short stay visas will open again from that date for the first time since March 2020.

This will benefit travellers from all countries which require a visa to enter Ireland, such as China, India, Pakistan and the Philippines.

The decision to temporarily cease processing short stay visa applications, except for emergency cases, applied to all countries and has been in place since 21 March 2020.

The head of the WHO Europe has expressed doubts about vaccines' ability to put an end to the Covid pandemic, as new variants dash hopes of reaching herd immunity.

This cartoon clearly illustrates the future war on COVID!

Ha! So far all they’ve needed to do what the feck they want on behalf of the global menace, is claim you have a pulse. No more justification has been required to be eligible for that boot stomping on your face forever.

Remember, you all partied. Never forget that.

NEW - Israeli Ministry of Health (right) recorded saying to the Minister of Interior (left) “there is no medical or epidemiological justification for the Covid passport, it is only intended to pressure the unvaccinated to vaccinate”.