Fascist Communism is Saving You , From Life. Be grateful.

Have you a telegram channel yet Open_Window?

Thats where all the cool kids are now.

Ha ha, yea but no, wait till the social media refugees find forums full of anons!

Todays staged Media Messaging is “the children”, need to scare/control you via the medium of your own children… your children party too much.

Some more of that daily Black / White Magic

Covid restrictions can be avoided if hospital admissions are stable, Varadkar says

…When asked by reporters about the chances of another lockdown, Mr Varadkar said that “nobody can rule it out”. He said he thought it could be avoided “because of the vaccination programme – 2,000 or 3,000 cases a day doesn’t mean what it meant last year or last winter”.

More lies and yet, “it doesn’t mean what it meant last year or last winter” is correct, it means things are well, worse, much worse, once you factor in that the suspected cases for 2020 were even more bogus than the suspected cases in 2021, and yet we have a serious depth and volume of sustained suspected cases like never before, matched by a sustained and increased volume of bogus-testing never seen before, the fraud is now policy. The lie is now being mandated true with theatrics and overspends. 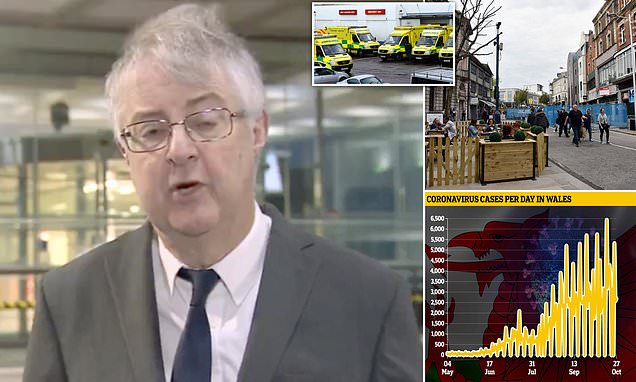 Labour's Mark Drakeford warned the harm from coronavirus in the Welsh community remains 'real' as he set out further measures that could be taken to bring numbers back down on Friday.

Just a matter of time now I fear

**Do you think if people knew that by taking the shot for the good of the nation would lead to a Sinn Fein government in the Republic as I outlined in April and possibly a few times before 2021, well;

Do you think they would still have taken it?

The Menace will have planned for this late but inevitable winter of real discontent.

Sinn Fein are waiting in the wings.

It’s been very clear since the warm up to the 8th what SF had become and how they were being positioned strategically in the public mind. It was inevitable that FF/FG were to be the bi-metallic lighting rod this time round. So the question is:

Will the Irish nation let the Menace win by seemingly losing while SF puppet-on-the-left gains the throne?

Fool me once, shame on you…

That was April, this is the stage of the choreography now in case you fell asleep.

In her address to the party’s Ard Fheis, Ms McDonald said Fianna Fáil and Fine Gael have been in Government for “too long”.

In her address to the party’s Ard Fheis, Ms McDonald said Fianna Fáil and Fine Gael have been in Government for “too long”.

It is the party’s first annual conference in two years due to Covid restrictions.

“The writing is on the wall for Fianna Fáil and Fine Gael,” Ms McDonald said.

“Things were bad enough when these parties pretended to oppose each other. But by god things have gone to the dogs since the boys clubbed together. They have no answers to the big questions that affect your life.

“They are out of touch, out of ideas and out of time. So, let’s call time on their century-old stranglehold on power, their divisive politics of the haves and have nots.

Yea yea so organic, so spontaneous, so their time.

Dedicated topic for Polishing a Third / 33%

If only all those feckin’ booster hesitant health workers would hurry up and get their extra helpful shot of free love, then we could exit this lockdown much sooner, after the other health workers who have gotten none, are eligible for the 3-in-1 Super Duper Bootser Deluxe Special.

I have just authorised the use of booster vaccines for healthcare workers.

Taoiseach Micheál Martin has said he is unable to guarantee Ireland will avoid the return of Covid-19 restrictions.

…“We have learnt from Covid-19 that no one can guarantee anything.”

Ireland has one of the highest uptakes of Covid-19 vaccines in Europe.

However, this has not prevented a surge in cases and growing concerns about pressure on the country’s hospital system.

Man Claims Bogus PCR testing regime means something serious, so serious that you may still need to remain prisoners.

Commenting on the latest figures, Dr Tony Holohan urged people to get their Covid-19 vaccine if they have not already done so.

“We know that vaccination is very successful at preventing severe illness and hospitalisation and I urge anyone who still needs to get their Covid vaccine to do so.

"We also know that, even when vaccinated, we still need to practice basic public health interventions - washing our hands, opening windows, wearing masks and most importantly, staying home when we have symptoms. These simple measures are very successful at breaking the chains of transmission of this disease.

“As we practice all elements of the public health advice, we keep ourselves, and our communities safe.”

Numbers dying with thing up
We’re told injections doing a sterling job on keeping the vaccinated safe and alive.
So clearly unvaxxed dropping like flies to compensate

Earlier in 2021 they could not wait to big up the magical magic effects of the magical injections.

The first early signals have emerged that vaccination is leading to a fall in Covid-19 cases among nursing home residents and health staff, it was announced today.

HSE chief clinical officer Dr Colm Henry said in the week to February 14 there were 482 cases in residential centres and this fell to 91 last week.

He said the fall in Covid-19 among hospital staff is “quite significant” – peaking at 1,000 cases in early January.

If you still believe that, then surely you have to believe what they say now.

I see. The lie continues.

The daily gaslighting is off to a roaring start over at broken news today.