You’re trying to apply logical rules to a crazier and crazier world.
Where shareholders must proceed with extra extra care
Where debts really kinda don’t have to be paid
Where creditors are muzzled
Where everyone does the same thing in order to gain a competitive edge
And the Lords say Let there be change

Now it should make a bit more sense.

Aside from the letting the cat out of the bag that the head of the government has less security than the next in command, this most certainly is not winning.

The wicked flee though no one pursues, but the righteous are as bold as a lion. (1)

A leader who lacks judgment is also a great oppressor, but he who hates dishonest profit will prolong his days. (16)

Recent headlines such as below make it abundantly clear why Leo had to be safe housed and surrounded by armed provid regime mercenaries in advance.

Things must be getting desperate if they are still trying to sell back to you what they are attempting to steal from you, that which they do not own. Never did.

Reopening of shops and hairdressers for fully vaccinated people among…

Clearly there is no legitimate government in the Republic at this point. None.

A thing to remember, it took 2 years too break the nation fully 2008-2010 but it took that 2 year period for everyone to catch up, by 2010, none were under any illusion about what had happened, up to that point however, there was a fantastical level of denial and delusion still pervasive throughout society as to the nature of things and what was about to go down.

The point is it took 2 years for everyone to catch up and/or change course (skip the island).

By the end of this year, 2021, if enough people have not still not figured it out, or already caught up with what is happening, then the same outcome occurs again but much more final, except, and guess what, this is the good news, not the eternal dark skies from the talking heads, see, the people have caught up a year ahead of schedule, maybe even sooner. They are wiser.

The People are not broken.

Make it a Double Drat for the Menace and it’s Minions this year!

Drink to your health and the health of the people you love.

The real power never left you.

Why Ireland Has the Most Miserable Lockdown in the Western World

What the nation’s government is doing to its people in the name of public health is cruel — and apparently ineffective.

European nations such as France and Poland are going back into lockdowns now. Ireland never left. From mid October to Easter Sunday, with nothing but a five-day respite at Christmas, the government of Ireland has had people in what they call a “level-five lockdown.” The details of this arrangement are rather shocking. No visitors to any households. You can meet with members of one other household in an outdoor setting, so long as it is not a home or garden. Only 25 people may attend funerals or weddings. Anything aside from stingily defined domestic travel and even exercise beyond five kilometers is prohibited, and enforcement was dramatically stepped up in January. That is, even a 3.11-mile run is illegal. After some hemming and hawing, the government also admitted that saying Mass publicly is an offense. One note of difference from America, however, is that Ireland’s schools have been running.

If you understand the 2yrs+ topic title.

You will understand the only weapon they have against the population is psychological attrition.

So it had to be the worset and the MOST MISERABLE LOCKDOWN EVER! Now with an added extra 5 FREE levels of anxiety and flip-flops.

The reason it is the only weapon they have, is because there are millions of people and a handful of them. They could go out hitting but that gets old very quick, nor doe sit get very far before it’s time for tea, and in the end it produces little results, more or less totally ineffective.

They can not lock everyone up, this is their problem. Unless you agree to it. So that is their proposal.

You have to convince everyone they’re patriotic prisoners, thus let the people do the heavy lifting you could never do and keep themselves shut up.

As long as handful of people control the media. They can bluff and puff, but the truth is, they are nothing, they are zero without the application of the magical media, the medium of light used to project their endless darkness.

In simple terms - They have no plan to let you out ever again, so as long as you all agree to indefinite detention. That’s the social credit system. That’s the endgame, to get full access to the children and on the way to the Colosseum, bag the digitisation of your entire life.

It has to start somewhere, somehow and so this is it.

Is Leo a White Hat.

Is There A Plot To Kill Leo Varadkar? - freepress.ie

Examining Thin Evidence For an Assassination Plot We Ask: Who Might Want To Take out Varadkar? And Is He A Trumpian White Hat In Disguise?

Mr Donnelly said it was inevitable that public figures were going to attract attacks, but when his family became involved that was a line that should never be crossed.

“When it comes to your home and when your family gets brought into it, that’s just a line that should never be crossed. It shouldn’t be tolerated, but we’ve got to make sure that politics is something that people aspire to do.”

… All politicians were trying to do their best, he said. “We’re all on the same team here.”

Attacks on politicians were getting worse, and more personal, he said. “I’ve been in politics now for 10 years, and there’s a level of abuse and personalisation that just wasn’t there 10 years ago.” Mr Donnelly added that there was an additional “nasty, misogynostic” experience for women in politics.

“It’s getting worse and worse - certainly people I talk to, good people who you’d love to see run for office, they just laugh at me and say ‘Why would I do that? Why would I put myself out there and take all of this abuse?’”

Occupational Proivd Regime - Human animals need to be fully experimented on, tracked and traced before being allowed back on the reservation.

Dr Glynn said Ireland was “weeks away from having the population vaccinated and [we] do not want to go backwards”. He said he “never again” wants to recommend measures to Government that close things down.

Weeks, like 2 weeks weeks or a couple of couple of weeks like, or rest of the year weeks, or until whatever it dam well takes weeks… is that it?

Very disappointing really. The 4th wave has not materialised and even though poeple are ignoring the Provid Regimes orders, it’s just not happening is it?

They have tried their hardest to scare everyone into total submission, using the media as the cybernetic stick to beat everyone and their mother over the head to submit 24/7 over the last 12 or so months.

It was amazing, he said, to see that the level of close contacts among those testing positive for the virus had not increased since the middle of February.

Dr Glynn said this indicated the public was sticking to the public health guidance even though they could not wait to be done with it.

Donnelly needs to get a grip.
By training, he is not a medic but an engineer, a job associated with measurements, lengths, distances, areas, weights, volumes, proportions, quantities.
How then was it possible for Donnelly to issue a ban on more than 50 worshippers congregating in church, WITHOUT ANY REFERENCE TO THE SIZE OF THE CHURCH???!
How was that possible??
The public can only conclude that such ban was not the work of Donnelly himself, but simply parroted to us by him on behalf of his handlers.
And we need to know who they might be

I usually agree with keeping family out of politics and non-personal.

But it gets to a stage that “nothing personal, just business” is bullshit and gaslighting.

It is absolutely personal for people when they lose their livelihoods, homes, and even family members. Every COVID death is tragic, but deaths from suicide and cancer ignored.

Watch Canada and the Dem states in the US, you see the same stuff, same angles, same roll outs, same gaslighting, same stories, same same same… but still many remain locked in their cybernetic media built bubble and believe the phoney narratives, it’s because they probably still believe in borders while the Menace sees no borders only the World for the taking.

Donnelly did a BSc in mechanical engineering then a few years as management consultant in London. It looks like he has been a professional politician pretty much his whole adult life. So just like Martin. Another complete nothing professionally. A professional failure who went into politics as a career.

Although a lot slicker than the traditional FF backwoodsmen he is just another typical FF slimy bastard in real life. He is really just an updated more media friendly Padraig Flynn.

I hear it now.

Conspiracy theorists and Anti Vaxxers Of The World Unite! 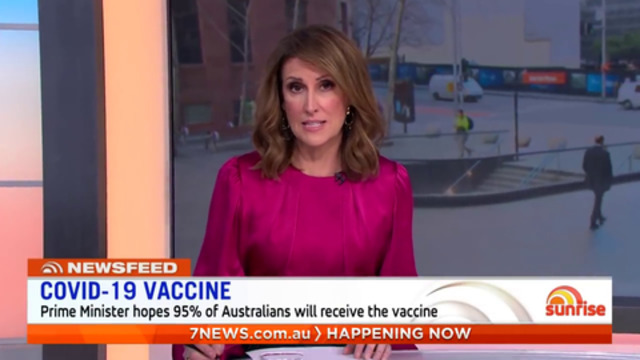 So you miss your flight, later that day you find out it crashed killing most of the passengers. Now other flights of the same plane are grounded.

The Food and Drug Administration and the Centers for Disease Control will stop using the vaccine at federal sites and urge states to do so as well while they examine the safety issues.

So you rent a car and drive to your destination, it took you a week, but you are still alive to tell the tale.

Is Boris supposed to be telling everyone this yet?

That vaccines don’t work and lockdown is the only way? 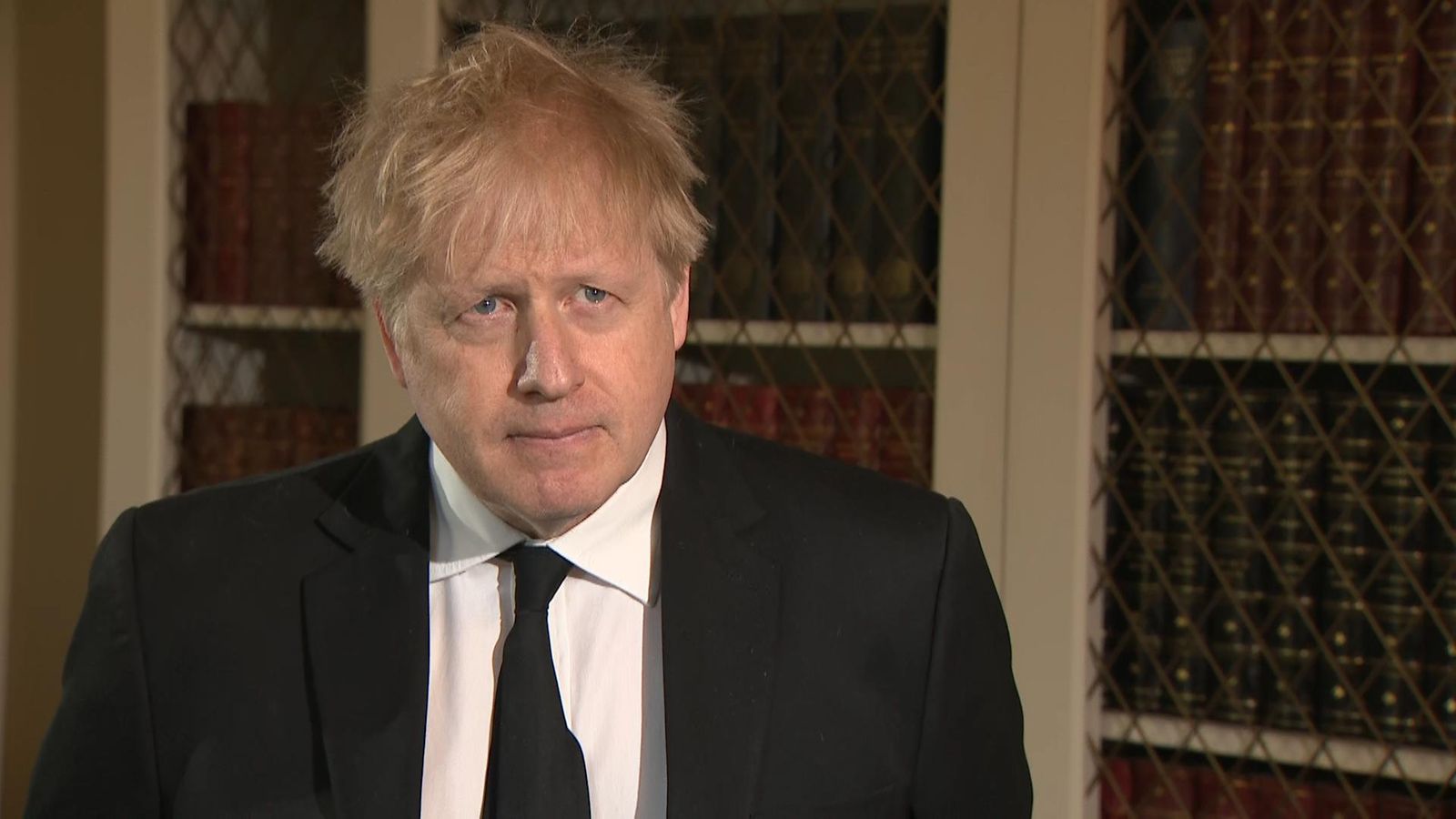 COVID-19: Lockdown is main reason for drop in coronavirus cases and deaths - not...

The PM suggests the millions of jabs given over the past few months was not key to the reduction in COVID levels.

No. He’s conditioning people, including the NHS, to accept a certain amount of Covid deaths and just get on with it.

The Telegraph ran an investigation the other week about how the UK State ran a mass scare campaign against the British people. It never really worked in places like Leicester where the muslim immigrants don’t pay attention to the media as much and just did what they liked.

Having ran their successful scare campaign they now realized they’ve destroyed their economy. Particularly commercial landlords are about to get wiped