How did I forget about the speculations around the 3rd Secret of Fatima!

Many Christians are aware of the events in Fatima, Portugal in 1918, in which several children saw visions of the Virgin Mary. They are generally believed to contain three secrets, prophecies of future events including world wars and a pole shift. Fewer people are aware of the somewhat similar Marian apparitions in Spain 43 years later. Conchita – one of the girls who saw visions of the Virgin Mary in Garabandal, Spain from 1961-1965 – warned that “The Pope will go to Russia, to Moscow. As soon as he returns to the Vatican, the hostilities [which will immediately precede the Warning] will break out in different parts of Europe.”

1993 - Everyone should listen to this, Malachio & Bell from the Legendary Coast to Coast late night US radio show. 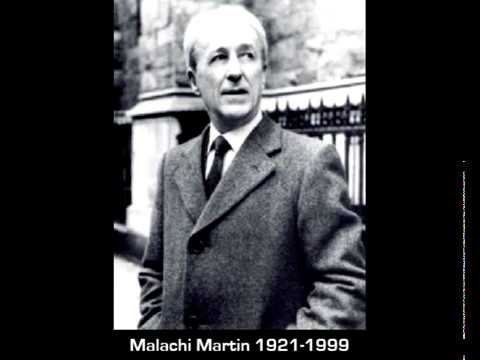 Father Malachi Martin interview on Third Secret of Fatima - July 13, 1998
here the reason why this interview is almost disappeared:

Art Bell: All right, here we go. Just a couple of things I want to quickly read, one from a friend in Australia, Father who says, “I had a Jesuit priest tell me more of the Third Secret of Fatima years ago, in Perth. He said among other things, the last pope would be under control of Satan. Pope John fainted, thinking it might be him. We were interrupted before I could hear the rest.” Any comment on that?

Fr. Martin: Yes. It sounds as if they were reading or being told the text of the Third Secret.