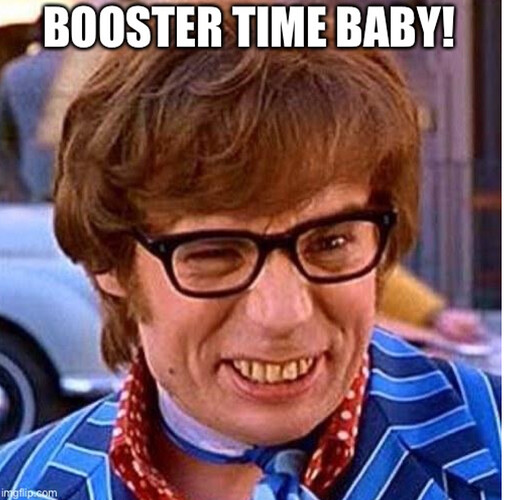 I would never expect anything more from them but it’s worth logging their quietism.

What a depressing Twitter the Executive Director has https://mobile.twitter.com/liamherrick

The Irish Council for Civil Liberties said that a digital certificate for Covid-19 vaccination cannot and should not lead to any type of discrimination.

Speaking on RTÉ’s Drivetime, ICCL Executive Director Liam Herrick said that anything that allows discrimination in terms of access to goods and services, or employment “raises an obvious question … discrimination”.

“It also puts people in a position of being forced indirectly to take a vaccine, which raises questions of bodily integrity and the principle of consent to the vaccine programme.”

Vaccine cert should not lead to discrimination - ICCL

The Irish Council for Civil Liberties said that a digital certificate for Covid-19 vaccination cannot and should not lead to any type of discrimination.

the Government’s approached this, in the last 10 days as a simple negotiation between public health and industry.
“But all of the other issues - like employee rights, data protection, the consequences of establishing for the first time ever in Ireland a health surveillance system at the point of entry to pubs and restaurants - it’s not considering those issues at all.”

The Government has created its own 'emergency' by trying to legislate for the return of indoor ho... 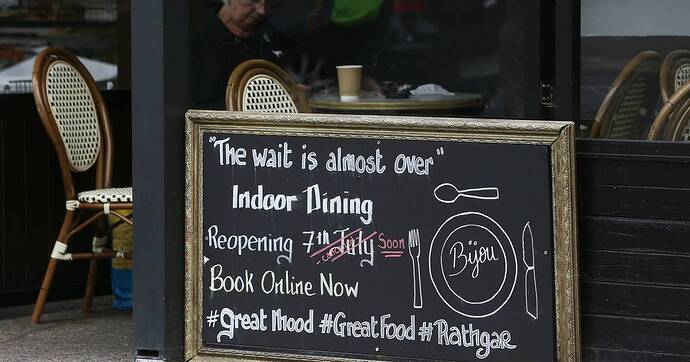 Basic rights and Covid: Rushed law on indoor hospitality a recipe for disaster

Wishy Washy Worrying about “the system” and “infrastructure” of monitoring us

We are particularly concerned that the infrastructure for verification does not exist and, in any event, would pose significant risks to data protection rights. The public health benefits of such a weak system of verification and enforcement are uncertain at best. 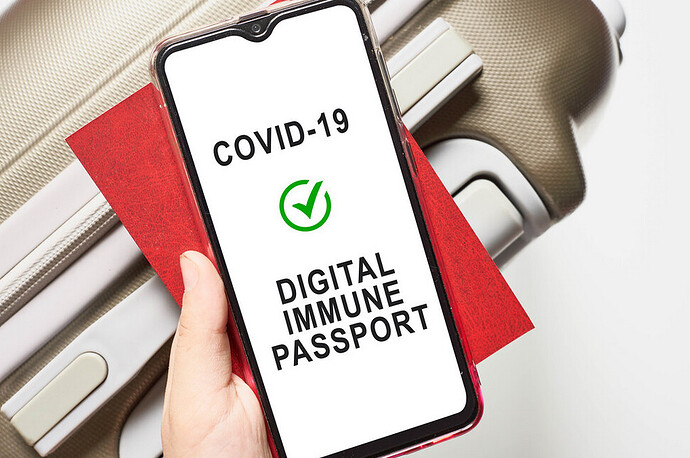 Serious questions about proposal for extending and expanding Covid Pass...

19 October 2021  The Irish Council for Civil Liberties (ICCL) has said the Government’s proposals to extend and expand the Covid Pass system give rise to serious human rights and equality concerns. The organisation says government needs to make...

“Serious questions” is a long way from Wrong and Bad

None opposes the apartheid system, none criticizes our health bureaucracy getting us in this mess. For Soc Dems it’s land hoarding today. Labour want a widows pension for the unmarried and “collective rights” (Ivana Trotskyite stuff). Both agree with SF’s main priority today - “safe zones” at Abortion Clinics.

I think this is a fake war that will see a tracking app announced within 2 weeks. 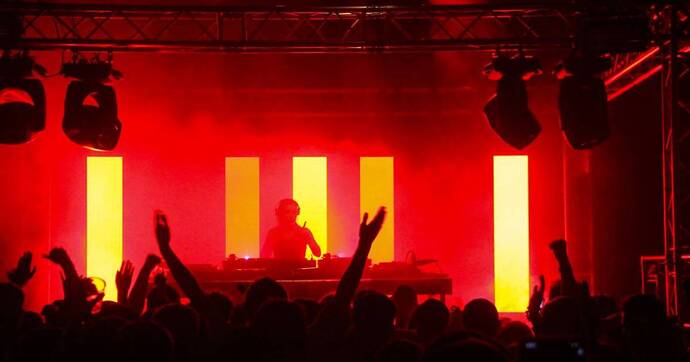 There is no plan to reimpose restrictions but a “national effort” is now needed to bring Covid-19 under control in Ireland, according to the Minister for Health.

Now we have confirmation no more reimposing restrictions means we have a whole raft of new restrictions in the wings, brand new super duper, new to market! - Ok, Got it!

It’s f**king ridiculous. We’re putting our liberty as dependent on pre-teens who we’re asking for collective action from. Absurd spoofer.

Dr Holohan said that Nphet is concerned of rising levels of transmission and said that “collectively, as a country” we need to look at how we are adhering to how public health measures.

Numbers are going up

Nphet said tonight that the incidence of the virus is growing at a “concerning rate”.
The highest incidence is in children aged 5 to 12. 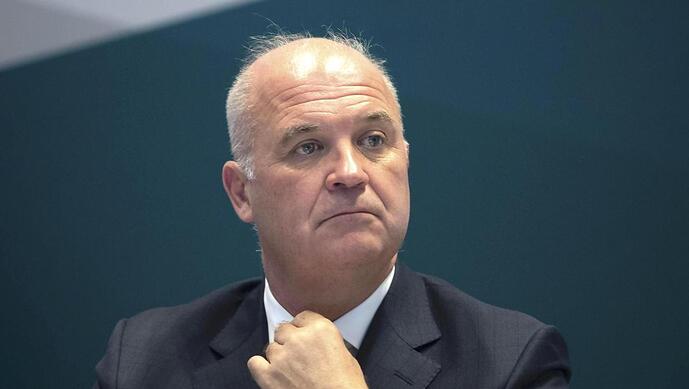 Tonight’s briefing from the National Public Health Emergency Team heard calls for increased adherence to “basic” public health guidance, as well as an admission by chief medical officer Dr Tony Holohan that vaccines alone are not enough to disrupt...

All the TDs who didn’t stand up for liberty before are in a logical trap they are unable to escape from - Sinn Fein and Social Democrats. They can now never oppose anything that “protects healthcare workers”. Labour are even more useless. They voted in favour.

Labour agreed to extend emergency powers as the country is entering a “very difficult winter”.

There are only 5 TDs worth a damn

Mr Donnelly said TDs stand up in the house and say they want to protect healthcare workers but many are planning to vote against legislation which will do that.
Independent TD Michael Healy Rae and Michael McNamara criticised Mr Donnelly.

Health Minister rules out return of restrictions but criticises lax...

MORE than 3,700 new cases of Covid-19 have been confirmed today as Health Minister Stephen Donnelly accused TDs of being “reckless” for voting against keeping vaccine passports in place for next three months.

Covid passes for gyms and hairdressers
Dr Holohan said he would “of course” be in favour of Covid passes for entry to gyms and hairdressers when asked by Independent.ie.
“Of course we would be in favour, the more we can see assurance of measures in place in different settings, the better,” he said.
“We would have no reason to have any concern about that and there is nothing to stop people in those sectors saying, that’s an additional security and safety measure that I can put in place to protect my staff, to protect my customers, that would be a good thing.”

Ah Tony, increasingly NPHT are being shown up for what they are, Power/attention mad academics who should be put back in the colleges they came from.

Avoiding commercial gyms, where sanitizers are overused, air is filtrated, water poisoned with chlorine can only be beneficial for any human.

Ah @corkfella don’t fall for their fake and phoney theatrics via the bought and paid for media, this is simple stage show (remember when MM said {or headline implied} they’d wind down NEPHT or cancel "scrap the passes… false hope), real politics means this would have happened for real last year heading into the bogus lockdown because the laughably bogus cases curve to the moon was a pitiful pump and dump… now we are suppose to believe the politicians are facing down NPHET via the headlines (yesterday), they’re having a laugh.

I see the “Cases” that are suspected cases not hospital cases have gone into Father Ted territory once more, but thankfully it’s not January!

Here is a quick plot with the latest peak in “cases” with a straight t line average to end of year for a better sense of time and where we currently are at. 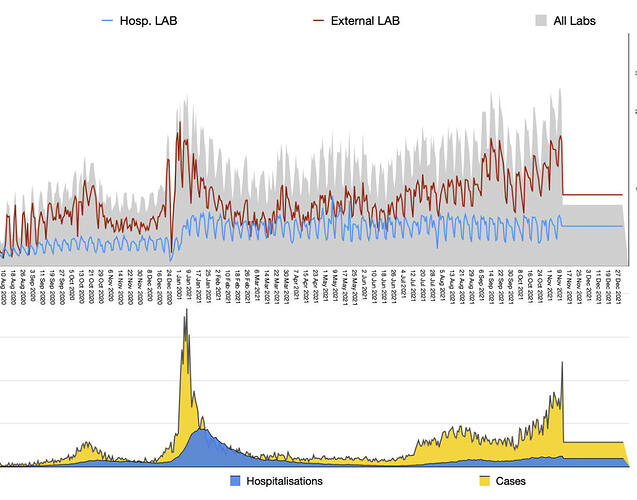 While the chart does not show all 2020 data, the below pull from the start, and also include averages of each group heading for 2021 being the straight line totals. When the final figures come in end of Year, we can see how far off they were.

Remember 2021 figures include projections using average for each group heading in 2021 to plot out and fill to the end of year, excluding these to eoy projections, all groups where up YoY already by a significant factor.

I’d also like to know how many of them are being treated for Covid and Covid alone. I’d say very low given that 97% of Italians who died with it, died from something else.

The usual Hospital Acquired Infection number is in the 60% plus region for pneumonia. So thats why whenever you read that someone died of pneumonia they more than likely got it in hospital while been treated for somethings else.

For SARs CoV 1 in 2003 the HAI number was 90% outside China. But those were always cluster outbreaks. In China it looked like a typical pneumonia number. Very strong connection with hospitals or health care workers.

Unlikely to be much different with SARs Cov 2. Which is why the age numbers are so skewed. Old / sick people not only more likely to develop serious symptoms but they by far the highest exposure rates to hospitals / health care facilities. Over 60’s usually account for at least 80% of all health care use. 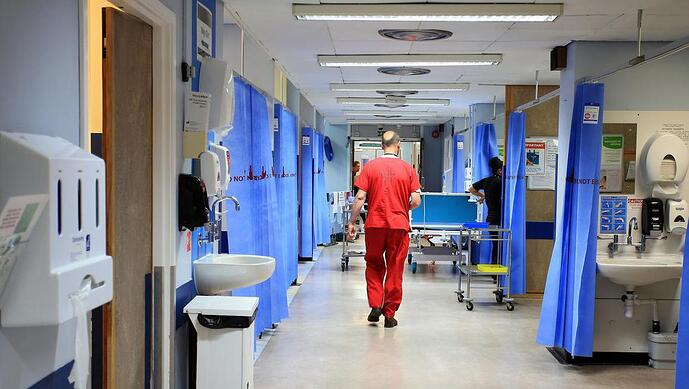 Up to 116 patients caught Covid while in hospital during past two weeks as...

Up to 116 hospital patients who were admitted with non-Covid illnesses in the last two weeks, were infected with the virus while in hospital as winter overcrowding now reaches critical levels.

The new season pilot episode has gone down well!

I did mention a couple of days ago “cases”
by my estimate could be around 10,000-12,000 using the old 2020 pcr cycle levels of over 40 cycles combined with current all time record high testing volumes.

Ireland forecast to have 12,000 Covid cases a day by Christmas

It’s Apples and Oranges, unless…

Another angle on covid deaths is the very high number of over retirement age people suffering from industrial diseases of one form or another, exposure to minerals and dusts over years can lead to a whole range of debilitating respiratory illnesses, from an insurance payout point of view signing off the death of such people as caused by covid rather than caused by terminal respiratory illness saves the insurance companies paying out billions of dollars, people often ask what is the advantage of signing off a death as covid rather than the actual cause and this is one reason, but not the only one, obviously the US government also has an incentive to build a case against China so at some point it can claim billions or even trillions of dollars in compensation, which conveniently enough will just about match the amount of US treasuries held by the Chinese government

Although one thing to bear in mind (as discussed here in the past) is that the efficacy roll off for those who the vaccine generated a strong immune response is measured in months. Just like the flu shot. So for those who got the shots in Q1 2021 the roll off to below 20% efficacy (and lower) would just in time for the winter flu season. Plus for most people who got an immune response the vaccine does not prevent infection just up the viral exposure needed to establish and infection. Just reduces the probability of progression to serious symptoms thats all. Maybe.

So any mass vaccination will have little or no effect on the infection rate the following winter. But as most people who end up in ICUs have low response to vaccines I dont expect to have much impact on that number either.

So around 2,000 vaccine related deaths so far(based on other countries numbers) for something that has no public health benefit. Most of these would have been old and in poor health. And at least 400 or 500 would have Alzheimer’s or dementia.

So I wonder how many decades before the government makes a public apology for all the helpless old people killed by a worthless vaccine with no possible public health benefit. Based on the past track record at least 50 years. After all the guilty are beyond justice.