I’d also like to know how many of them are being treated for Covid and Covid alone. I’d say very low given that 97% of Italians who died with it, died from something else.

The usual Hospital Acquired Infection number is in the 60% plus region for pneumonia. So thats why whenever you read that someone died of pneumonia they more than likely got it in hospital while been treated for somethings else.

For SARs CoV 1 in 2003 the HAI number was 90% outside China. But those were always cluster outbreaks. In China it looked like a typical pneumonia number. Very strong connection with hospitals or health care workers.

Unlikely to be much different with SARs Cov 2. Which is why the age numbers are so skewed. Old / sick people not only more likely to develop serious symptoms but they by far the highest exposure rates to hospitals / health care facilities. Over 60’s usually account for at least 80% of all health care use. 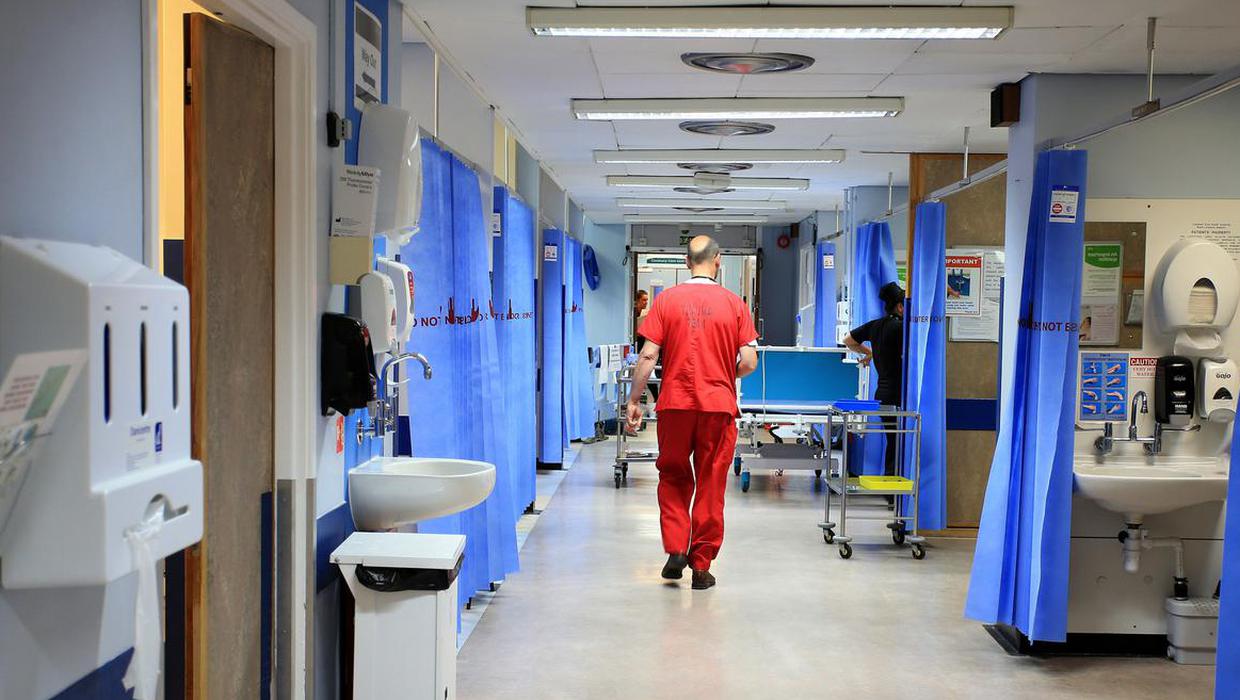 Up to 116 patients caught Covid while in hospital during past two weeks as...

Up to 116 hospital patients who were admitted with non-Covid illnesses in the last two weeks, were infected with the virus while in hospital as winter overcrowding now reaches critical levels.

The new season pilot episode has gone down well!

I did mention a couple of days ago “cases”
by my estimate could be around 10,000-12,000 using the old 2020 pcr cycle levels of over 40 cycles combined with current all time record high testing volumes.

Ireland forecast to have 12,000 Covid cases a day by Christmas

It’s Apples and Oranges, unless…

Another angle on covid deaths is the very high number of over retirement age people suffering from industrial diseases of one form or another, exposure to minerals and dusts over years can lead to a whole range of debilitating respiratory illnesses, from an insurance payout point of view signing off the death of such people as caused by covid rather than caused by terminal respiratory illness saves the insurance companies paying out billions of dollars, people often ask what is the advantage of signing off a death as covid rather than the actual cause and this is one reason, but not the only one, obviously the US government also has an incentive to build a case against China so at some point it can claim billions or even trillions of dollars in compensation, which conveniently enough will just about match the amount of US treasuries held by the Chinese government

Although one thing to bear in mind (as discussed here in the past) is that the efficacy roll off for those who the vaccine generated a strong immune response is measured in months. Just like the flu shot. So for those who got the shots in Q1 2021 the roll off to below 20% efficacy (and lower) would just in time for the winter flu season. Plus for most people who got an immune response the vaccine does not prevent infection just up the viral exposure needed to establish and infection. Just reduces the probability of progression to serious symptoms thats all. Maybe.

So any mass vaccination will have little or no effect on the infection rate the following winter. But as most people who end up in ICUs have low response to vaccines I dont expect to have much impact on that number either.

So around 2,000 vaccine related deaths so far(based on other countries numbers) for something that has no public health benefit. Most of these would have been old and in poor health. And at least 400 or 500 would have Alzheimer’s or dementia.

So I wonder how many decades before the government makes a public apology for all the helpless old people killed by a worthless vaccine with no possible public health benefit. Based on the past track record at least 50 years. After all the guilty are beyond justice.

Plus for most people who got an immune response the vaccine does not prevent infection just up the viral exposure needed to establish and infection. Just reduces the probability of progression to serious symptoms thats all.

a worthless vaccine with no possible public health benefit

Are these not directly contradictory though @jmc? It’s a very valid point re roll-off efficacy and the plan did always appear to require boosters like the flu jab. But if the vaccines reduced some transmission (however limited) and more so the progression to serious symptoms for many, surely it cannot be called worthless? Big issue is that it is simply never going to be possible to quantify the difference in likley serious illness/death vs. post-vaccination illness/death?

As to the title of this thread, looks like they’re shaping up to impose a lockdown in all but name. Full time WFH etc. Save christmas me hole.

Yep, I see what they are at now.

The we don’t want to do it / don’t make us do it… has now morphed to how about you try it?

My workplace has already cancelled all official Christmas events.
So it will just be another blank holiday.

From a pubic health point of view its worthless because unlike all previous mass vaccinations the disease in question has low infectiousness, low attack rate, only a small subset of the population are likely to develop serious symptomatic infection (< 20%), and the Infection Fatality Rate is very low. Seasonal flu levels.

The case for the only other general public health use vaccine, the flu shot, is that it reduces infection severity, just like the SARs CoV 2 vaccine, but it has genuine public health value because almost 1/3 or all deaths from influenza are under 60’s and its a very safe very well understood vaccine of a type that has been used for over 100 years.

SARs CoV 2 on the other is > 90% over 70’s deaths and uses a vaccine of a type has that has failed all previous comprehensive clinical trials in the last two decades and which has an adverse response mortality rate of almost 300 times that of the flu shot.

From a public health point of view that is not just worthless but gross criminal negligence. It provides zero positive results for most of the population, low / zero for the rest, and at the cost of very high side-effects deaths and serious long term health damage to far too many people. The side effect dearths so far are about 2/3’rds people over 60, 1/3’rd under 60. So the vaccine is mostly killing the people it is suppose to protect and which is the group least likely to have a positive response to a vaccine.

As for the final numbers. They will come out in 5 plus years when the proper data analysis studies start being done and when the litigation starts in earnest. At least in the US.

The sophistry here. They tell us the underlying conditions of the vaccinated but not of the unvaccinated.

Less than 100 beds free across the country as O’Connor warns of ‘very, very grim situation’

Intensive care specialist Dr Colman O’Loughlin confirmed that half of the patients in ICU at present are unvaccinated. The other half is made up of people who are fully vaccinated but have medical vulnerabilities or are immunocompromised

Dr O’Loughlin, who is a specialist in the Mater hospital and the president of the Intensive Care Society of Ireland, on Monday said the vaccinations were tested on people who had the original strain of the disease not the Delta variant.

“We are seeing a disproportionate number of unvaccinated people coming in,” said Dr O’Loughlin.

“Nearly everybody else is somebody who has gone and got the vaccine, but they are very vulnerable because they are on strong immunosuppressant medication.”

Meanwhile in the real world

A brief look at the latest "Situation Report" from the Robert Koch Institut.

We are very slightly below where we were on 15 November 2020, with many more cases. Once again, the strong impression is that the vaccines extend some protection, while also massively increasing transmission, such that the overall statistics remain more or less unchanged.

Taoiseach Micheál Martin has ruled out a lockdown only for unvaccinated people.

He said that this Covid surge is the “wave of the unvaccinated” where people who are not jabbed make up the majority of numbers in hospital or in intensive care.

He said that “behaviour is key” as is “compliance with guidance”

One thing they’ve utilized throughout Covid is blurring the lines between law and “guidance”. Which of course ultimately leaks their authority.

“Theres a really deadly virus going around, don’t go meet anyone if you can avoid it, wear your mask if you’re indoors or in a crowded venue (which you should also feel guilty about going to), get your booster, hide from existence”

They’re laughing at you.

Remind me again, no vaccine passes needed for Ireland
The Government had been against the idea of vaccine passes to access domestic services with civil liberties concerns among the reasons previously cited for this position.

However, after stark advice from the National Public Health Emergency Team (Nphet) Ministers have decided to halt the reopening of indoor services until a workable vaccine pass system is in place.

Lockdown for unvaccinated not being looked at - Martin

Taoiseach Micheál Martin has said that Ireland is not looking at implementing a lockdown for those unvaccinated against Covid-19.

Had the same thought reading that. Predictive programming.

Its a bit more complicated that that… 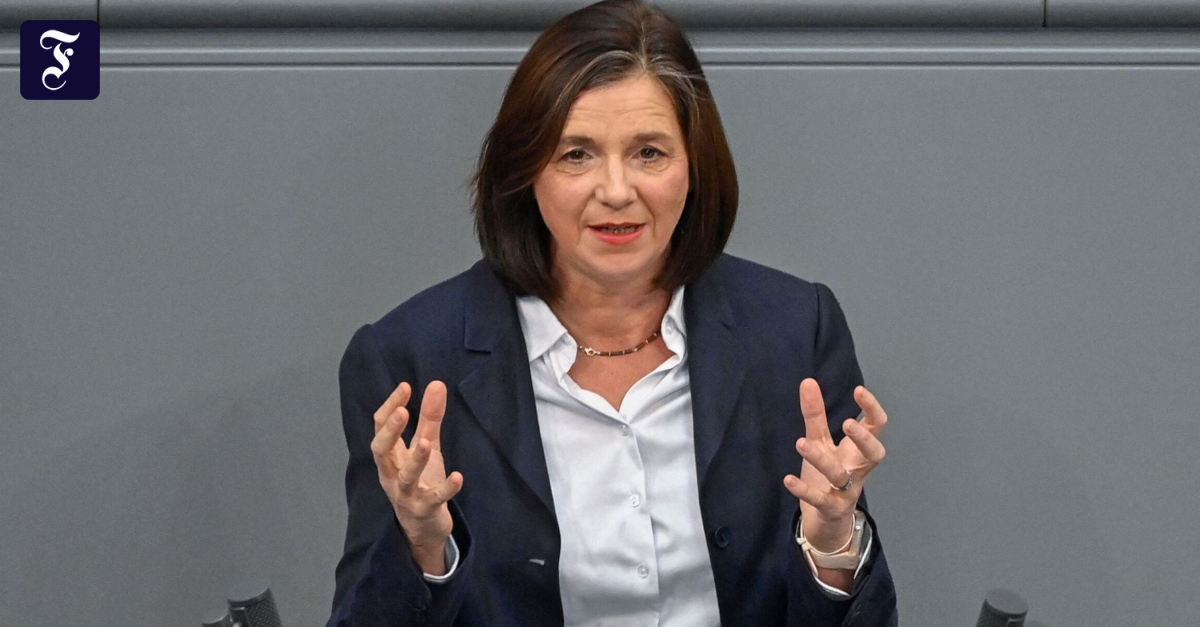 Google translate does a good job in Chrome.

Its the Greens (of course) who are pushing for mandatory vaccination. Of everyone. The surprising thing is the CDU, especially at state level, is almost as bad as the Greens.

Basically the compulsory stuff is for medical workers but the Dept of Labour have this evil scheme like in Italy where people without the right papers cannot work or travel by public transport.

Now the really scary thing is quotes like this one.

<<
Meanwhile, experts have warned of a one-sided focus on the so-called 2-G and 3-G rules in combating the spreading corona pandemic. “We will not prevent infections of unvaccinated people with 3G,” said virologist Christian Drosten on Monday at the public committee hearing in the Bundestag on the changes to the Infection Protection Act planned by the SPD, Greens and FDP.

Many unvaccinated groups are also difficult to reach with 3G because, for example, they have no formal work or are retired, do not travel much and hardly attend events and “actually move about in their private life,” said Drosten. According to Drosten, these people are hardly protected by 2G - i.e. access only for those who have been vaccinated and recovered - because they “get the virus home” in their private lives, including from children from school. The virologist at the Berlin Charité therefore advocated an “additional protective layer” for unvaccinated groups that could become infected in private. This concerns about the “freedom to meet”.

This is the face of the new Public Heath Fascism

Another Ferguson by the sound of it. A real media whore

So basically they want to force everyone to take a completely untested high risk vaccine for a disease that most of them are not a risk from. Because we say so. We are EXPERTS.