Will be interested to see how far this falls. 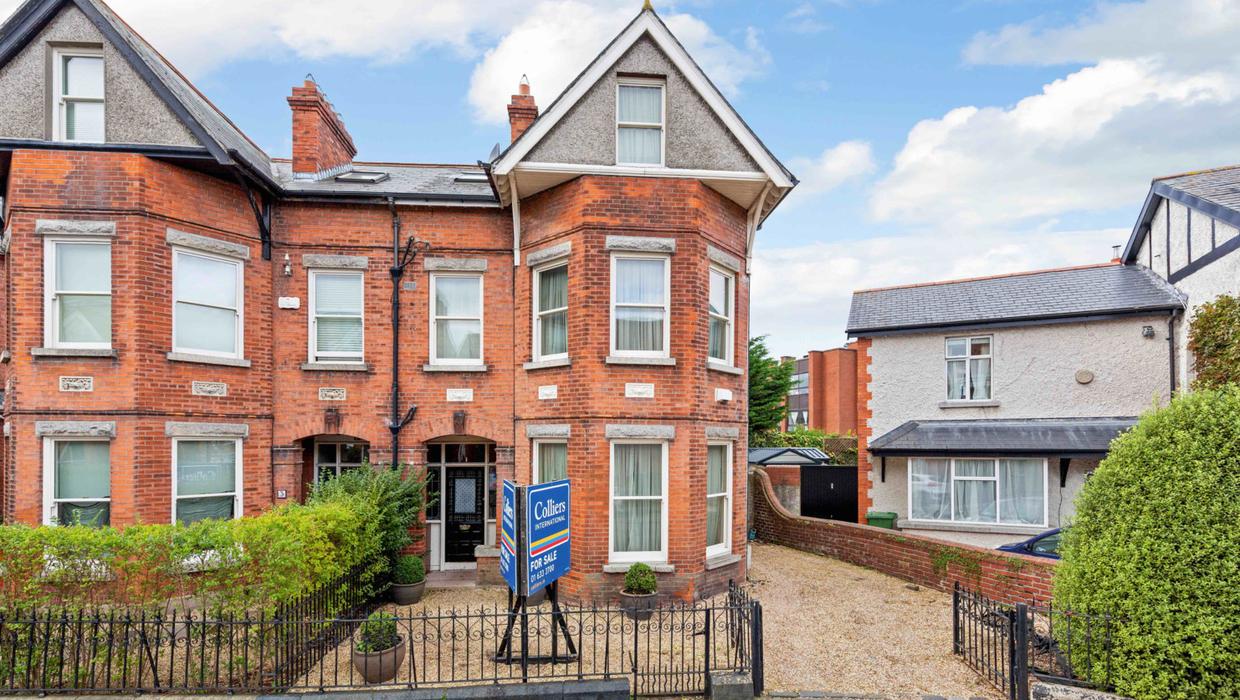 Four on the market: five-beds in Dublin South City

These four properties of distinction come with the benefit of five bedrooms on Dublin's southside.

As an aside the house in the picture from the Indo link was priced at 850 in Nov but now is 785.

I agree re the refurb cost of 500k would be off putting. What were they thinking at the outset given all in you would have been looking at 2.3m to bring it up to spec. I would think another haircut (in the order of a few hundred thousand) will be required in order to shift this.

It’s got subsidence and what is that built beside it!?

Do you mean the house in Oaklands Park? Yes, that seems to have structural issues - wouldn’t touch it with a bargepole…

As predicted, the asking price for this property has fallen YET AGAIN.

House prices - and the Irish economy - are going south. Guaranteed.

Genuine question(s) - you’re living in Aus still, I assume? Do you inted to move back to ireland? Is this why you are so painfully desperate for house prices to drop? You’re second only to “PropQueries” with your comments on this.

And if you’re not planning to move home - why do you spend so much time researching/posting about Irish property (100% negatively I might add)?! Again, all genuine questions.

I’m interested in Irish property - which is why I read and contribute to this blog. There are no other agendas.

I don’t need to disclose my personal circumstances to anyone. Nor would I ask this of others. I find it a tad rude to be asked.

I share facts (e.g. asking price drops) and then share my opinions on it and what it means for the market. Very simple.

do you think this particular house is a bell weather for the irish economy and house prices in general?

or is it just a dog that was over priced to begin with.

I wouldn’t say it’s a bell weather for the Irish economy - but for large piles in D4/D6, yeah I reckon it is.

The pain hasn’t even started yet lads. 2021 will make this year seem pretty ok. Get out while you can.

higher priced stuff is sticky but the right thing will sell, house on coliemore road went sale agreed a few weeks back was listed at 3.5m earlier in the summer.

when you say get out, get out of what? sell my family home?

It is not at all rude, I was just intrigued as to your relentless negativity on the property market, that’s all. It is natural to wonder whether you lived/were returning to Ireland give your handle or if you just enjoy sneering from the cheap seats (down under).

You also try to dig out singular references, such as this property above, to support your opinion that we’re all doomed and should “get out while you can” (people will always need to buy somehwere to live) despite all evidence both here and our closest neighbour that house prices are not dropping significantly, at least in the SCD region you and most others on here post about. I can also tell you that 5 houses I have viewed in SCD in the last 2 months have all gone minimum 15k above asking.

While I agree it appears crazy in the midst of the current economic turmoil houses aren’t dropping, it’s also a fact that there is an incredibly limited pool of good family homes in SCD and middle class earnings of typical office workers have not been impacted in the slightest, on the contrary they have beenefited and will continue to beneift over COVID (as mine thankfully have), so I don’t see the end of days sceario that you and PropQueries keep pushing.

Genuine question(s) - you’re living in Aus still, I assume? Do you inted to move back to ireland? Is this why you are so painfully desperate for house prices to drop? You’re second only to “PropQueries” with your comments on this.

As predicted, the asking price for this property has fallen YET AGAIN.

Now showing on DAFT at $1.1m - and over two years on the market.

agree price seems to be down here compared to other comparable sales but simply saying the asking price has dropped means the market has dropped does not make sense because you are assuming it was not mispriced to start with (it was). there is little value in making posts claiming the market is collapsing and not referencing anything other than an overinflated asking price being reduced… which proves nothing.

house next door sold with full garden / mews site and fully refurbed in nov 2019 for 2.3. budget €700,000 to refurb the one that is for sale and to reinstate as a single residence, and you would be in it for €1,800,000 with half a garden. the full garden is not quite worth the 500 grand difference so prices have slightly softened if this sells at the new asking price but there is not much in it. certainly not a collapse by any stretch of the imagination, maybe saving 100 grand but putting yourself through the trouble and time of renovating which ultimately gives the buyer a better house that is suited exactly to the way they want it and not just something off the shelf…

The ‘facts’ shared only seem to relate to an agenda of falling property prices, which based on actual facts has not happened (yet).

I see this estate has had a few entries on the Pin over the years - so welcome more seasoned views on these properties - there are currently four properties for sale in South Hill, Dartry in leafy Dublin 6. In order of price: No 69 - 975k - in my view, this is probably the worst of the four No 45 - 950k No 28 - 950k No 60 - 925k (this is the latest of the four to list - hence I believe the lowest price) Would also be interested in views on the location too - any downsides?

Well, as predicted in the title of this thread - further price falls have eventuated.

Then the house sells for higher than the original asking. FACT

Ah OK I hadn’t realised that, rather pathetic if true! I won’t waste my time in future! Cheers.

no disagreement here… laughably the third alias was rolled out to like the above post where they claim to have ‘no agenda’ (also the line PropQueries touts every single time) in an effort to reinforce the nonsense again.

it is all very tiring to keep up with. not sure why they cant just rely on facts to reinforce their point if and when they actually have a valid one.

When you say “it’s been covered in other threads” you mean YOU have levelled the same allegations multiple times. I see no stylistic similarity between PropQueries and IrishInOz2020’s posts, and why don’t you quit the “no prizes” lark and tell us who you think the third account is as I have no idea. Then back up your allegations with evidence.

why don’t you quit the “no prizes” lark and tell us who you think the third account is as I have no idea.

i was avoiding spelling it out as it is blatantly obvious but if you insist… PropQueries, PropertyEnthusiast, IrishInOz2020

Then back up your allegations with evidence.

Lads, I’m not connected to any other profile on here.

Just cause you don’t like what I’m saying, doesn’t mean there’s some conspiracy behind it.

You should be happy this blog isn’t simply an echo chamber full of people who think like you. You might actually learn something from me.