some people are really afraid of dying, but I’m not. I’ve always believed in spiritual forces. I absolutely know that my mom is around all the time.”

Well good thing Stevie is around to think about Mom who didn’t trade her daughter for a lifestyle.

Nicks terminated a pregnancy in 1979, when Fleetwood Mac were at their height and she was dating the Eagles singer Don Henley. What did it mean to be able to make that choice? “If I had not had that abortion, I’m pretty sure there would have been no Fleetwood Mac. There’s just no way that I could have had a child then, working as hard as we worked constantly. And there were a lot of drugs, I was doing a lot of drugs … I would have had to walk away.”

Not sure I get the logic of no Fleetwood Mac when there was already a Fleetwood Mac ‘at their height’ but hey journalists do not get paid for critical thinking click-bait.

But Thank you for discussing your choices.

The narcissism is on another level. Yeah sure they have good tunes but they were a bunch of coke head junkies for twenty years. These are the type of people we have moralising to us now. The world is f**ked.

Don Henley was a total creep

I always wonder did that child survive and make it to 56.

Don Henley Arrested For Contributing To The Delinquency Of A Minor - November...

Don Henley is arrested after calling 911 to save a 16-year-old prostitute who has overdosed on cocaine and Quaaludes at his Los Angeles home.

Another revolutionary breakout of DIGNITY, this time New Zealand. 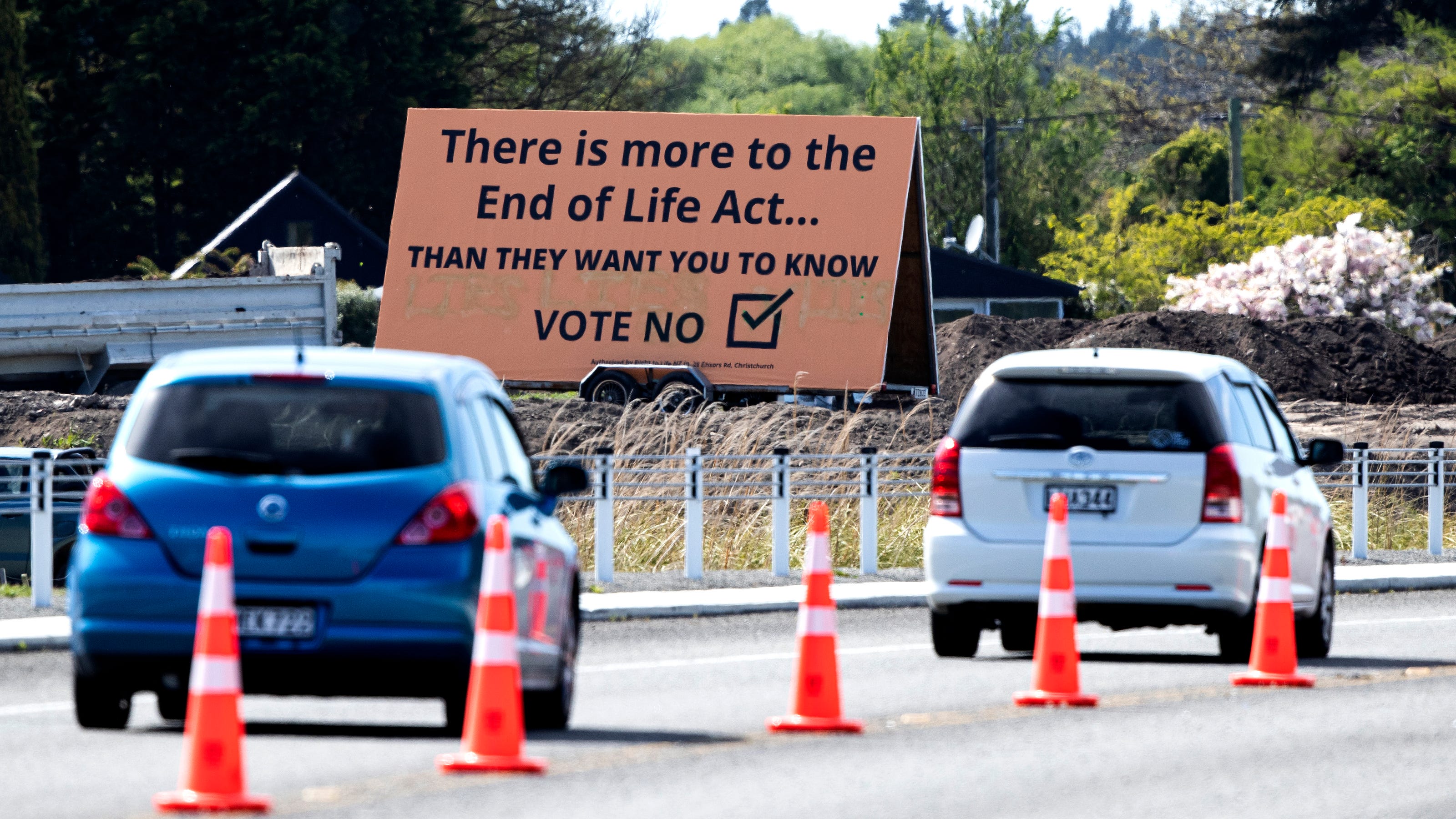 The euthanasia measure, which would allow assisted suicide and takes effect in November 2021, would apply to adults likely to die within 6 months.

The Menace will be pleased. 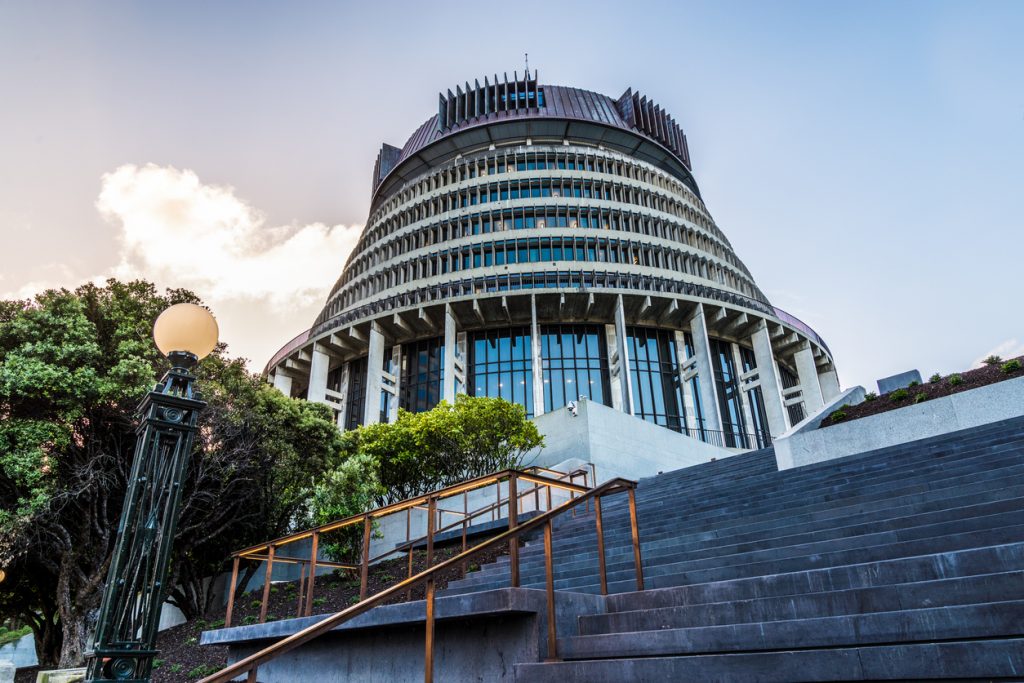 Well, it’s better than the alternative of lying in the undertaker’s waiting room, slowly losing all your dignity while probably in constant pain as well as your sense of being and more than likely rattling due to all the pills needed to keep you going well past your expiry date. 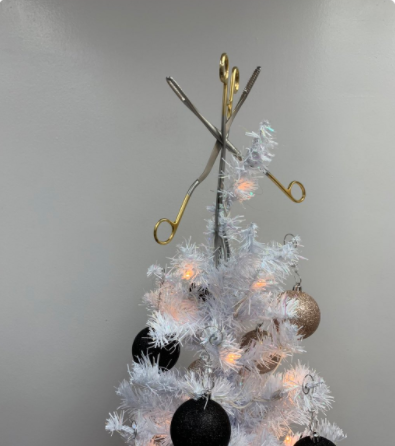 A pro-abortion activist has deleted a tweet featuring a picture of a Christmas tree at an abortion clinic with forceps on top instead of the customary star or angel.

Did an Abortion Clinic Put Forceps Atop Their Christmas Tree?

A pro-abortion rights activist — and reported former employee of Clinics for Abortion and Reproductive Excellence (CARE) — posted a photograph of a Christmas tree with forceps as its topper on his Twitter account.

It is not clear that the Christmas tree with the forceps topper was located in an abortion clinic.

Like that makes a difference to the veracity of the story

One of Joe Biden’s chief medical advisors is another “bioethicist” Dr. Ezekiel Emanuel. Not too long ago, Emanuel in The Atlantic advised that “this manic desperation to endlessly extend life is misguided and potentially destructive. For many reasons, 75 is a pretty good age to aim to stop.”

Joe Biden is rich, white, and he is 78—and often seems a bit “manic.” In any case, he is three years over Emanuel’s limit—and additionally by race and class way down on the pecking order for Schmidt’s envisioned national vaccination queue. 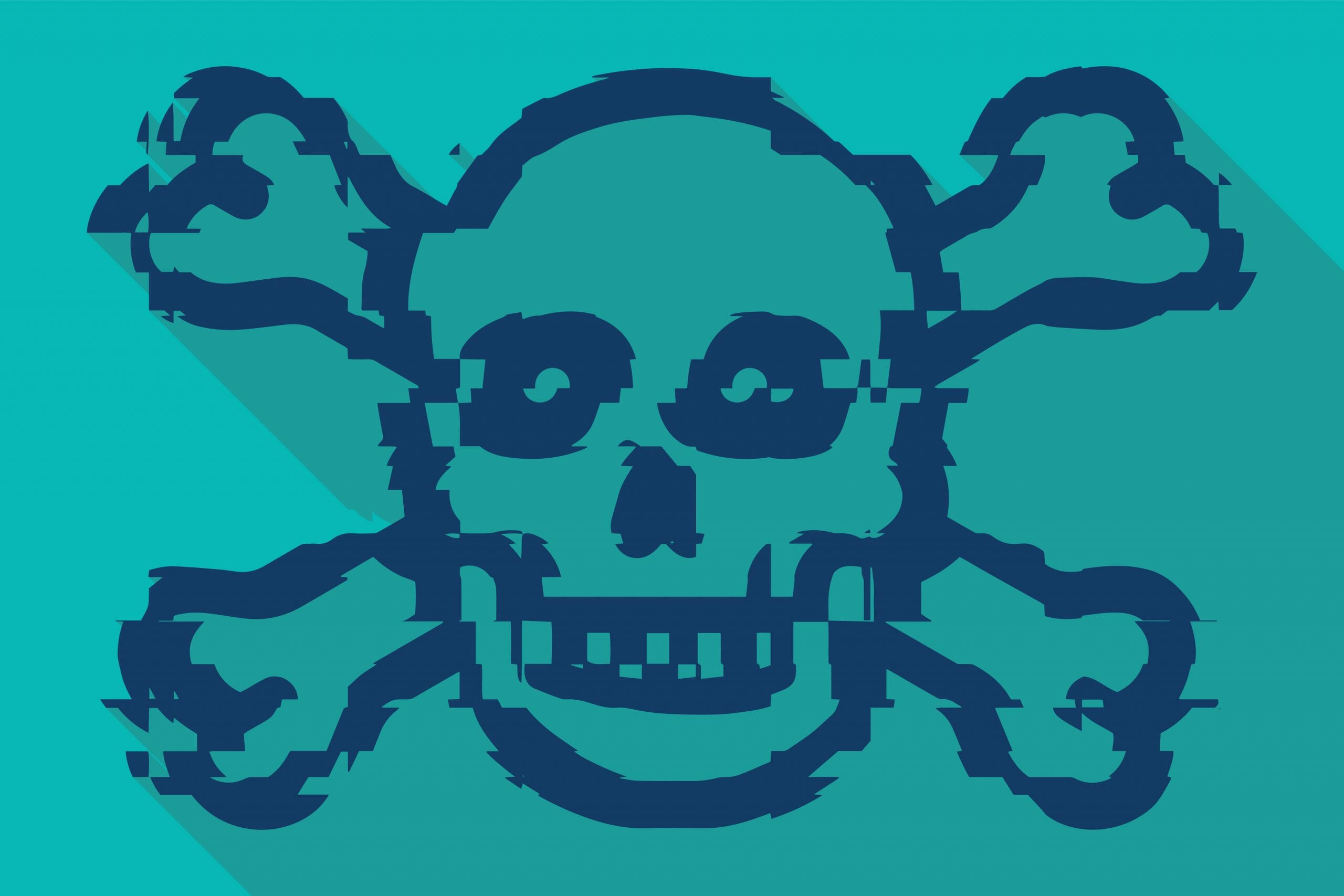 Since March, the Left has proclaimed itself the guardian of science in dealing with the COVID-19 epidemic. Its champions are the World Health Organization, the Centers for Disease Control and Dr.

So I see abortion is allowed up to week 12.

What an ordeal this is and a thing that was clearly flagged concern before people voted to kill the future, especially by woman who ignored such advice and proceeded to give birth where the children turned out to be perfectly healthy.

Interestingly enough our near and dear friend the PCR test, makes a decisive and devastating appearance.

Ms Price and Mr Kiely were told that a blood test when Ms Price was 12 weeks’ pregnant with their first child in early 2019 was positive for Trisomy 18, a serious and rare genetic disorder, also known as Edwards Syndrome.

A further rapid result PCR test carried out in a Glasgow laboratory also showed Trisomy 18 had been detected.

Ms Price and Mr Kiely say they followed the advice of their consultant, Professor Fionnuala MacAuliffe, and had a termination on 14 March 2019.

The results of a full cell culture test showed that the baby did not have the condition.

I’m sure the muslim enclaves in France can’t believe their luck.

I think this is almost as big a threat to Biden than Afghanistan. The Millennials and Zoomers are massively pro abortion - they see it as a self evident thing. But he betrays RBG’s legacy by allowing this on his watch. Young pro-abortionists are the engine of all campaign work in the Democratic party. He can’t let this stand. For them Religion is a stick to beat religious people with if they’re not being charitable enough…it’s not something that guides principles.

OTOH this does galvanize his base and distract

I thought this was a joke…but it isn’t. A bunch of super-woke millennials grabbing pro-life leaflets from peaceful protesters - and eating them! (The bloke with the skateboard later on is comedy gold!) 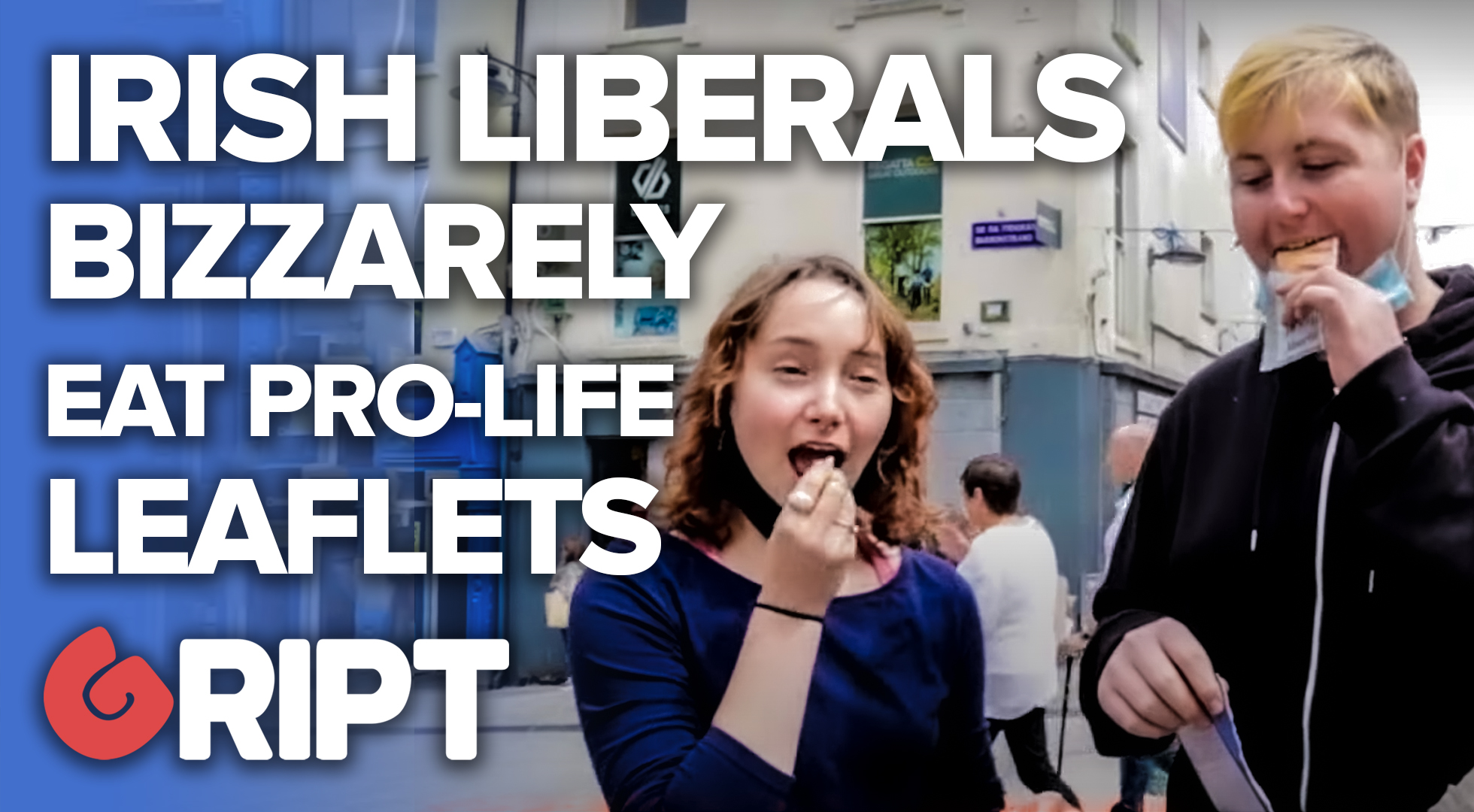 Freedom of expression,‘don’t knock it till you try it!

The Temple of Satan is attempting to use its status as a religious organization to claim abortion is a faith-based right.

Pyramid of Hate wasn’t built in a day!

Pressure is mounting on the Minister for Health to legislate for safe access zones around clinics that provide abortion services with the Oireachtas Women’s caucus agreeing to write to him “as a matter of urgency."

On foot of a letter from Green Party TD Neasa Hourigan and Green Party Senator Pauline O’Reilly, seen by the Irish Examiner, the all-party group has agreed to make representations to Stephen Donnelly on the issue.

The Health Minister has insisted he is “fully committed” to legislating for safe access zones around clinics that provide abortion services.

Mr Donnelly was forced to restate his ‘commitment’ after it was revealed that the Department of Health stated current public order legislation was adequate to police anti-abortion protests outside hospitals and GP practices.

The letter, sent during the week to Chair of the Caucus, Fianna Fáil’s Fiona O’Loughlin, states that both representatives are “concerned by lack of progress on this commitment” which they note was agreed in the Programme for Government.

“The right to protest is an incredibly important part of the democratic process. However, protesting at sites where people are accessing services often at a difficult time in their lives is undertaken to intimidate and coerce those who need our protection and care,” the letter states.

“The women’s caucus has a key role in defending the rights of women and people to access care in confidence and peace, and we ask that you would help to progress the issue with the Minister of Justice and Minister of Health."

The group, which met during the week, discussed the issue and sources have confirmed that there was broad agreement by those present that safe access zones should be implemented as a matter of urgency.

One TD present said: “It was really positive, as not everyone would have the same view on abortion but all the women agreed that this is something that should be done."

No timelines for the introduction of such safe access zones have been provided by the government.

Mr Donnelly has previously said that officials in his department “continue to work with me to ensure safe access around medical facilities.” 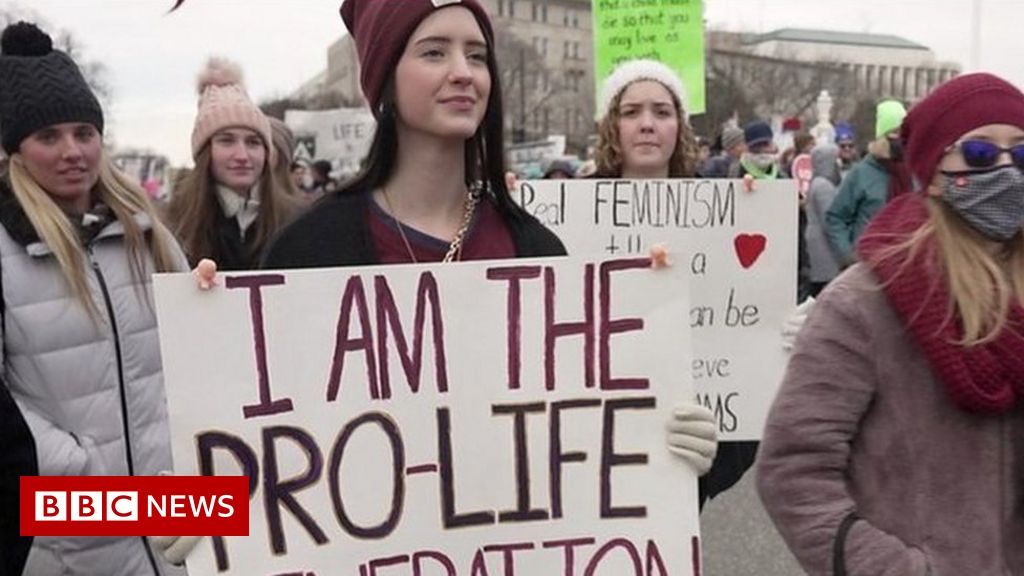 Gen Z marchers praying for an end to US abortion

The young activists are optimistic their movement's long-cherished goal may be within reach. 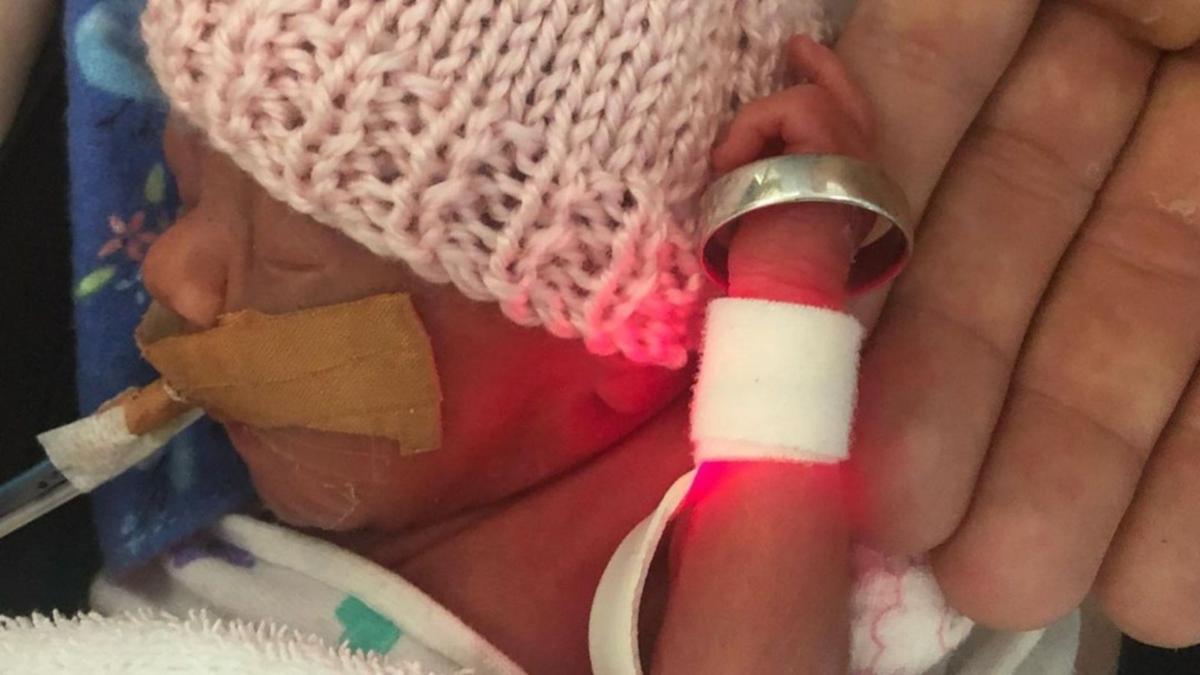 Born alive after her mum refused to terminate her, this Aussie baby faced...

‘Her leg was turning grey and we were told to expect it to just fall off one day.’