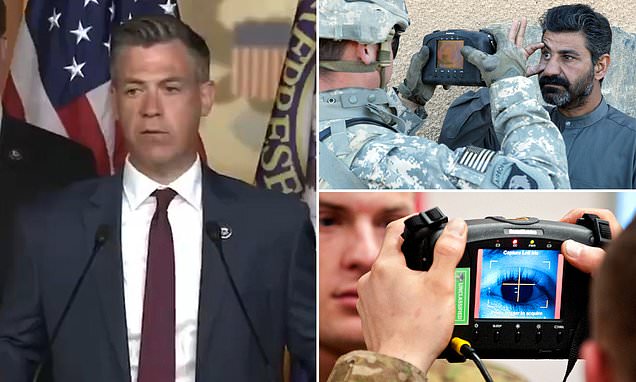 The Indiana congressman, who served in Afghanistan in 2014 and 15, said it was 'unfathomable' how the HIIDE devices, used to store biometric data of Afghans, had fallen into Taliban hands.

Apparently it’s not just their names etc. that the Taliban have (is it treason to have handed that information over btw?). The Taliban seized a cache of biometric devices too. With a database of biometric data of Afghan allies.

The Taliban have obtained the biometric data of thousands of Afghans who helped the United States, according to a Republican congressman, who said Joe Biden will have blood on his hands if the data is used to hunt down Afghan allies. 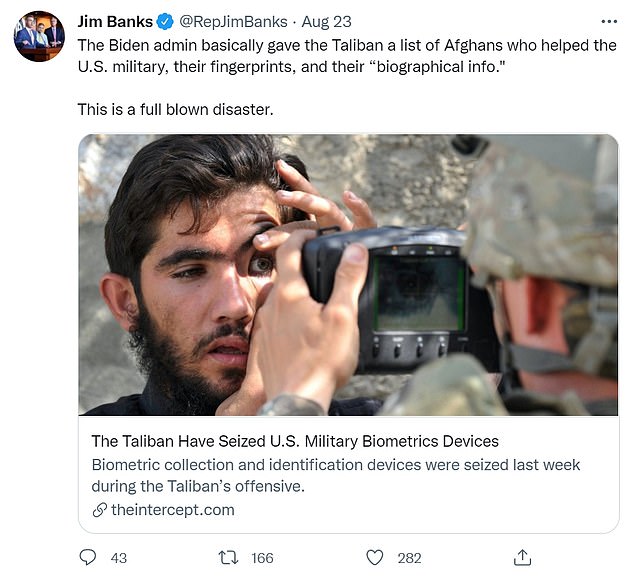 Not cause and effect. Although I suspect the I.S.I knew what was going to happen.

The most interesting change in media body language this week is the NY Times has thrown Biden under the bus. It finally sunk in that Bidens catastrophic incompetence could take the whole stinking edifice down with him so the rats are all jumping ship. Nixons last few months in office was kind of the same.

That Marine has been relieved.

As he expected. But I get the felling that his doing the equivalent of jumping on the grenade will be recognized. He ran a training unit so my guess is that after all that has happened this year he could not longer look the new recruits in the eye and honestly tell them that they were anything but disposable battle fodder for the current administration. This is a really big deal with the Marines.

Biden could not give a fuck about them. Although Biden keeps going on about his dead son who served in the military the son was a fucking JAG. In the National Guard. The only people more hated in the military than MP’s are JAGs. The military lawyers. JAGs are the classic REMF’s. Only ever found in HQ. On the rare occasions a JAG actually got shot at the front line guys were usually hoping the hajis would get a lucky shot.

The Lt Colonel sounds like a really good guy. I’ve worked with several people like him in the past. Whatever happens he will be looked after and he will do well. He obviously cares far more about his men and his country that his career.

So another huge PR fiasco for Biden. Wont be reported in the MSM. But it is everywhere else.

14th us soldier died of wounds, varying reports of total casualties from the blast up to around the 200 mark

A suicide bombing at Hamid Karzai International Airport in Kabul, Afghanistan took place on 26 August 2021 at 17:50 local time (13:20 UTC), during the evacuation from Afghanistan. At least 182 people were killed,[note 1] including 28 members of the Taliban and 13 members of the United States military, who were the first American military casualties in Afghanistan since February 2020. The Islamic State of Iraq and the Levant – Khorasan (ISIS-KP) claimed responsibil After Afghanistan fell to Ta...

Rumours about the whitehouse actually hindering extraction efforts? I have no idea who/what the source is or how reliable. Board said it’s “Harold Wren’s The Library” 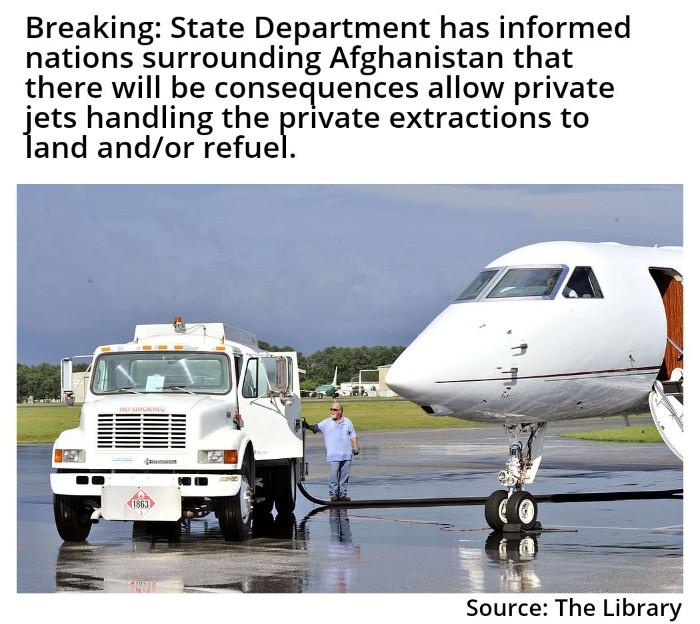 Dont know about the source but that is exactly how State operates. They own this disaster so will do everything to bury it. No matter how many die. Blinken is a classic Swap creature and basically a non-entity. Which is how he got the job.

Also hearing State Department actively blocking efforts to land private aircraft for extractions. For context, most of the efforts you’ve been hearing about are essentially coordination, not veterans physically flying in privately to extract people.

America, you need to know this: Biden is not letting US citizens through the airport gates. It has been impossible to get anyone through for the last 24 hours. This administration has been lying about their intent to save Americans. Unforgivable.

Wall to wall coverage of Hurricane Ida has now started on the US MSM. Expect it to be covered to the exclusion of all else for the next week. To bury the Afghanistan story.

Just like the last time the NO city government has been criminally incompetent, has a corrupt mayor. Everyone worth giving a damn about has already left the city. Except those who stay to protect their property from the “looters”. And everything you see in the media will be untrue. Except probably at NOLA.com. Which did a great job last time around.

So fuck New Orleans. I hope Mississippi does not get hit too badly. They got the worst of it last time around but they were not screaming for free handouts like the parasites in NO. They just got on with rebuilding without any self pity.

Emily Miller — “There’s 7 buses of female American citizens. The CG refused to open the gate. We have a congressman with us and he had the state department reach out. MG Donahue …

I’m calling obvious bullshit on that.

I’m calling obvious bullshit on that.

Except there are multiple other cases of exactly the same thing being reported in the last few days. From multiple sources in multiple countries.

The guy directly responsibly for these decisions…

…has some really terrible stories doing the rounds about how he ran the op in the airport. Treated the troops on the ground like shit and made the decisions that got those guys killed at the front gate. The sort of stuff that usually gets officers fragged if they hang around too long.

He will be watching his back from now on. Marines have very long memories. They know who got their buddies killed.

Thats is one part of the back story of why Scheller went public. What Sullivan was doing to his troops in Kabul. Caring more about orders from DC about media optics than the safety of those under his command. It was only dumb luck that saved them from another Beirut 1983 bloodbath. That killed 300+ troops. Same kind of stupid senior officer. Caring more about DC than the safety of the people under his command.

No men or children on the buses. No Afghans. No visaholders all citizens. No smartphones.

Emily is a Neocon.

As for chatter. The vast majority of Anons on the internet claiming to be in the “Special Forces Community” are just obsessive fantasists who know all the jargon.

'Yeah I never trusted the MP9. It let me down in a firefight in Tikrit in ‘06. We lost a lot of brothers that day’

Who knows… First casualty of war is truth.

But the fact it’s openly posted on twitter by a blue check… Yes it could very well be misinformation, but then the next question is why?

But with reports of surrounding countries being told not to refuel planes… it’s not that far fetched surely. Although no men at all on the buses, in Afghanistan… can’t figure out if that’s crazy not to have western men with them, or they thought it would be more “culturally sensitive”… who the hell knows.

I have to say Shame on you for posting such obvious bullshit and then saying ‘the truth is the first casualty of war’. There were 7 buses. And they were Afghans with no business to enter America. And someone wanted a confrontation with the Taliban.

‘Our elected leaders failed’: Hundreds of Afghan girls left behind in Kabul

According to Stryk and Taylor, the buses were sent to three different airport gates and honored a request from the US government to add seven US citizens to the busload

“We had seven buses filled with world-renowned orchestra performers — 280 girls all approved to go,” said Robert Stryk, a Washington fixer who has been coordinating private evacuation efforts in conjunction with former Navy SEAL and US Congressman Scott Taylor (R-Va.).