Starting to look like a master class in how a straight talking non-political junior deals with back stabbing political careerist superiors. I am also reminded of the old saying - Never fuck with a Marine…

Not quite sure how the next few battles will go, he has done a great job of shaping the battlefield, but it looks like he will win the war. And his superiors know it. The only thing to be decided now is just how stupid the top people in the Pentagon are. If they try to “make an example” of him. I’m getting the feeling it would be a very bad idea. Unlike the Army if the choice is between the Corp or the JCS then for almost all Marines (even the O6’s and above) its going to be the Corp. 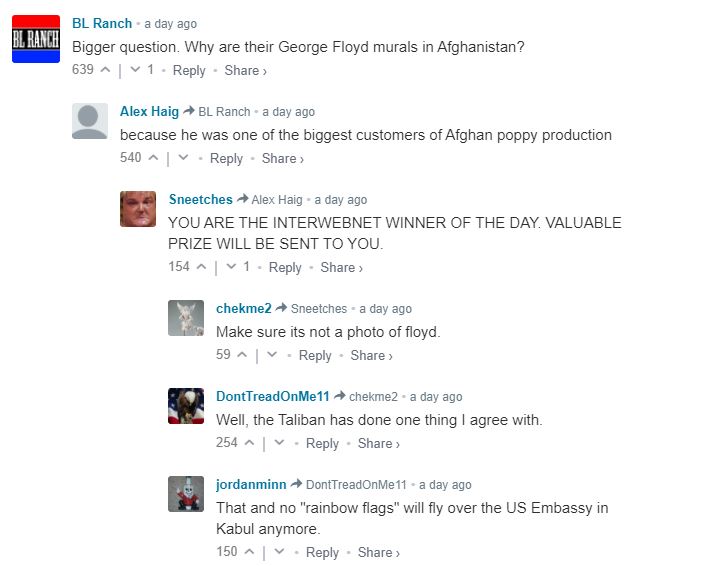 Lt Col Scheller is now in the brig…

One mans Freedom Fighter is another mans Rebel Leader Captured.

This is an order straight from the top. A really stupid one. Milley is even more stupid that I thought he was. And frighten. Unlike Scheller’s USMC infraction Milley actually did commit treason. A really big one. And there is no statute of limitation on treason.

We’ve got a General Galtieri in 1982 situation here. Except in this case the O5’s and below have decided to either sit it out or work quietly for the other side. The low profile revolt of part of the special forces is a really big deal. There is a hell of a lot of opsec going on at the moment. Which is why the guys in Green Zone DC are so worried. The only guys working for DC now are the anything for a paycheck people. To first to bail if the SHTF.

One of the reasons why false flags ops seem to be so half-hearted the last six months is that in any provoked response it would take very few of the “other guys” to create total mayhem in somewhere like DC. Shut down the whole city. A response that would make the regime looks utterly powerless to deal with. Which is the last thing the DC people need. A very public demonstrative of how little power on the ground they actually have. Thats my guess why the DC people are holding off. They know the would be on the losing side of any exchange. By their own measure.

The main worry of the people they are trying to provoke is they know that time is on their side. The DC peoples position is getting weaker with time. Which is just the scenario when desperate people do really stupid things.

Snippet of Matt Gaetz vs Milley

That is a catastrophic loss in court for the USMC top command.

I really cannot think of an equivalent Court Martial case outcome. Especially such a very high profile one. That makes General Bergers position untenable now. Interesting to see how long he last before “retiring”.

This is basically the mid level Marine Corp officers (thats the judges message) telling the guys in the Pentagon they have lost confidence in the upper command and the Biden appointees. No wonder the DC Green Zone people like Pelosi was trying to create its own independent para military forces. By all accounts few of the contractors signed up even though the money was spectacular. Two or three times the going rate of Iraq or Afghanistan. And the Capitol House Police is a real Keystones Cops operation by the sound of it. The cop who murdered the Air Force woman was the son of a former police union rep and was the only reason he got the job. Or was not fired on multiple occasions for gross incompetence. Even bigger clown show than the DC national guard. Who almost never got deployed because they are utterly useless.

Interesting to see their next move now that the “Insurrection” trials are collapsing and the prosecution in these have multiple contempt of court rulings against them ongoing. I can see some of the prosecutors ending up in court themselves before this is all over. The only judge going along with the political show trials is some Obama appointee who sounds like the archetypal black bitch with a huge chip on her shoulder. A straight up racist. All whites are guilty all blacks are innocent. Most of their guilty verdicts get overturned on appeal but no matter how egregious their judicial misconduct they are almost never removed. Black Privilege, dont you know.