Anyone catch Brendan O Connor trying and failing to paper over this carcrash of a piece from 2007 there tonight:

Basically he got that trader that said he wants another recession and Goldman Sachs rules the world last week to casually bring this article up in conversation so they could spin it in a way that didn’t make him look like a fat twat dribbling diarrhea he knows absolutely nothing about. He failed completely but I thought the way he got this British trader to initiate the conversation about a piece he wrote in 2007 like this guy read the Irish Independent over in London and recalls articles written in it 4 years ago was particularly pathetic. On the plus side its a rare piece of evidence that Indo writers might be capable of looking back at cringing at their ‘analysis’ the odd time, its obviously grating on him if he’s feeding to guests 4 years later.

everything that Rastani said was right. He looks uncomfortable in front of the camera but i think if he keeps getting more exposure he is actually getting the message across on msm of what actually is happening in the real world. Keiser, faber, schiff, celente etc, are rarely allowed on msm.

Most of his advice is based on people on having money on hand to begin with. The audience looked completely bambuzzled by what he was saying . I doubt if 10 of them had ever heard of hank paulson before.

Of course Rastani kicked to touch when asked about ireland. Still fair play for BOC the Coc having him on

Alessio Rastani is not a real person.

whether hes a yes no or maybe whats hes saying is true. the fact hes allowed say it on msm is whats amazing

Thargor (that from one of Tolkien’s less well known books?) you’re right on the cliched crap.

The lad has some clue of what’s going on, but not much. He trades the US Stock Exchange, wtf is that?
His only example on Goldman’s infiltration was Paulson. He could have banged out 5/6 well known names in seconds. The way he spoke about markets was amateur. Either Yes Man or chancer. Entertaining either way!

Thargor (that from one of Tolkien’s less well known books?) you’re right on the cliched crap.

No this, Ive been using it for so long now its too late to change 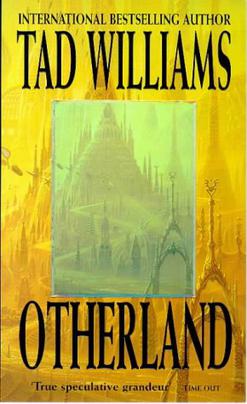 Have a read of this interview, well done to the Forbes interviewer, she fairly gives it to him to see if he knows what he’s on about:

Nothing but a bullshit artist methinks.

Back to Thargor’s original point, if BOC really did prompt yer man to mention that article, and it seems the only likely explanation, then that is fairly pathetic.

And WRT the audience not knowing who Hank Paulson is, what is the demographic makeup of an audience like this? Who in God’s name wouuld want to go?

In reply to OP - to be honest, I don’t think BO’C fed him that article. More likely Mr Rastani did a quick google check on the guy who going to be interviewing him (obviously having never heard of him) and the infamous “ballsy” article was the first thing that came up. I reckon BO’C’s heart skipped a beat when he brought it up… But being a polite American of course, he put a positive spin on O’Connor’s article.