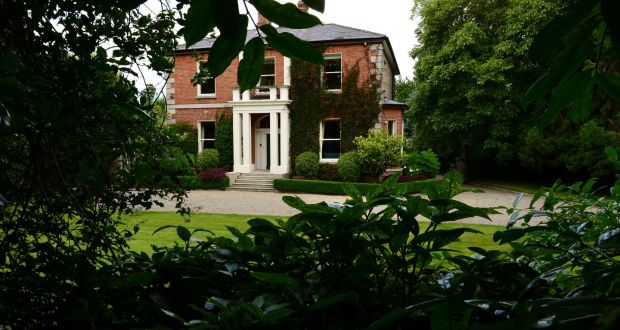 Seems the transaction was split in two - €8.725m for house, €1.5m for coach house/mews. €10.225 total - not bad if you can get it! This is the highest that has ever been paid for a house on Temple Road - even in the boom - and thus it would seem that Bertie’s old adage of the boom getting boomer seems appropriate!

Seems like a mad price for a house with a north-facing garden that was last renovated 30 years ago. It’s a protected structure, so planning is required for changes, and there hasn’t been a planning application to do anything since around 1989. The house has no extensions (this is good, in that there’s no crap 1980s flat roof messes to remove and bad, as the new owner will now have to spend big money to add one).

Curious that the buyer wasn’t interested in the much cheaper High Cross across the street with south facing garden. The difference, I suppose, is that Alston is accessed from street level (it’s not a standard ‘non-basement’, though) and has a greater sense of country living about it, compared to High Cross, whose front garden isn’t half as private and definitely feels like a city house, even if the rear garden is substantial. Alston also has one of the largest gardens on the street at about an acre on the dot, whereas High Cross’ garden size is more average for the street. Whether its worth more than €3m more or not for those benefits remains to be seen, but the buyer clearly doesn’t care either way.

Beautiful house and a premium is almost always paid but the premium here seems huge, good luck to the purchaser, it’s more about utility vale than cash value I suppose if you’ve lots of cash

Still love to see the inside of it, even if it’s just escapism for now!!

Is this a genuine sale? Although on a slightly wider site and a 2-storey, but still can’t see why this has a 50% mark up on the house for sale directly across the road. The IT names the buyer which makes it sound genuine but still that price in this market seems way out of line.