🇦🇺 Australians Vs The Menace

"I can’t remedy in my soul anymore how the organisation I love is being used [to enforce health tyranny]… and the damage it’s causing to the community."

A former member of Victoria Police courageously spoke to a crowd of thousands of protesters. The appreciation from the crowd could be heard and felt in the air. 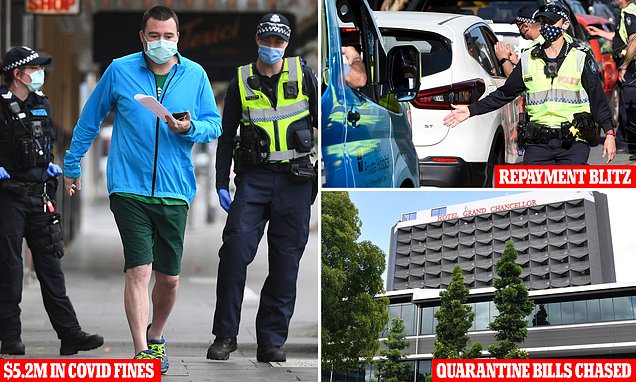 Queensland Health have called on The State Penalties Enforcement Register to retrieve more than $5.2m in Covid-19 fines issued during the pandemic.

Homemade cure can fix this one.

How would RTE report this or would they report it?

Original video may be being censored or stoked on Twitter. Looking for alt sources. This best I can find but massive massive crowds depitched in the streets as far as the eye could see.

NOW - Tens of thousands protest in #Melbourne against new pandemic law that would give the executive indefinite emergency powers to “protect public health”.

Western Australia is blocking itself off until next year. South Australia opening up 23rd November. Both covid free.

I have to say, being inn south Australia has been great. We have had a mostly normal time since it all started.

Can’t say I entirely like the idea of opening up to let it right in, especially seeing outbreaks rampant in places with high vaccination rates.

Covid hasn’t been a thing here, it’ll be a pain to go into lockdowns to prevent overrun hospitals.

We’ve also had all this time to prepare but haven’t. Hospitals are over worked with no covid.
I suspect that the authorities put ther faith in vaccines so they wouldn’t have to spend on bolstering hospital and staff .

Australian College of Nursing CEO Kylie Ward discusses the news that more than 20,000 frontline nurses have quit the profession this year

I see antifa had a counter demonstration mob at the main anti lockdown demo in Melbourne. More evidence that they are paid goons by global oligarchs. Everything is happening in lockstep. There is a central coordinating force behind all of this.

Just to add, I posted a link to the nurses leaving this year. Look at how it was portrayed ‘mass exodus’ etc. Skip forward where they do the interview and the numbers are no different to other years.

Unreal. Media is out of control across the west.

I frequently point out that the media can dig deep and get interviews and analysis for sports related stories but for much else it’s a reiteration of a press release.

Yeah exercise quota. A life on your knees.

I wonder is Martin also watching OZ with “interest”

The GAS thing about this it all anyone can test wrong and be haul away, fully-jazzinated or un-jazzed.

Why would you open borders and do this
https://indaily.com.au/news/2021/11/23/sa-health-planning-covid-quarantine-camps-in-case-of-outbreak/

I was writing my reply before I got to the end, “someone must have bullied that guy or worse when he was a child…” and then the end kicked in!

As I say below, if you alter language you erase truth. Without truth, reality is relative. Then, only power defines reality. And that is tyranny “If you are anti-mandate, you are absolutely anti-vax. I don’t care what your personal vaccination status is” pic.twitter.com/7Rv4XY7Ttf https://twitter.com/LBC/status/1462071685549539339 …
Open_Window November 26, 2021, 6:50pm #75

Australian politicians finally wake up and smell the coffee, they are coming around to the opinion that omicron is not deadly.

Edit: one of the comments stated that there is an election due, so an ulterior motive for their change of direction, no surprise really!