Austrians Vs The Menace

Protests are happening in Austria as the country has announced it will lock down only the unvaccinated. This is the first time a country has ever locked down people for not taking the deadly vaccine. The Austrian government has declared war on the people and set a precedent worldwide.

plus however many are still locked up in the basements…

Remember 1989… Once one European country overthrows their government the rest will fall like dominoes. They are pushing this way too hard way too fast and it’s going to backfire-imagine this prick ordering you to stay at home and how it would make you feel: 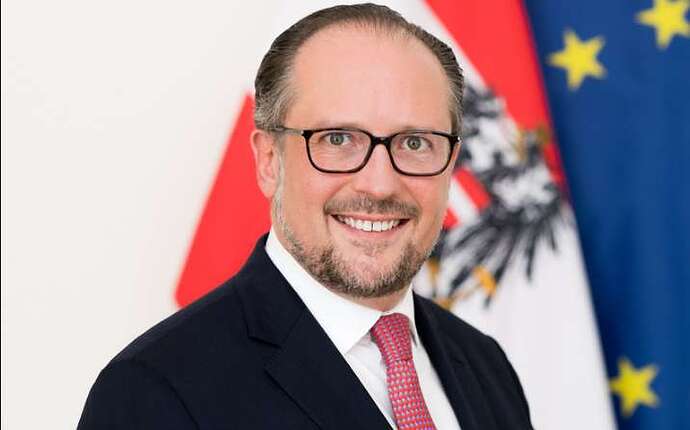 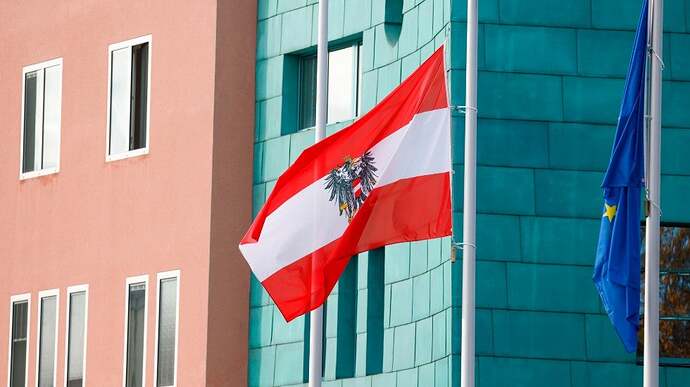 Austrian Chancellor Alexander Schallenberg says he is considering imposing a lockdown on people who are not vaccinated against the coronavirus if case numbers continue rising, the Associated Press reported.

His paternal grandfather, Count Herbert Schallenberg (1901–1974), was Austrian counsul general in Prague,[13][14] while his paternal grandmother was the daughter of Walter Koch, the Saxon and later German ambassador in Prague. He is a 2nd great-grandson of Austro-Hungarian general Karl Kostersitz von Marenhorst. Schallenberg has mainly Swiss ancestry on his mother’s side and Austrian, Bohemian, Moravian, Hungarian and Saxon ancestry on his father’s side. Alexander Schallenberg’s traditional title is count,[5] the hereditary title his family was conferred in 1666 within the Habsburg Hereditary Lands that encompassed multiple modern countries of Central Europe, and that was also recognized by Hungary.[a] He is the first chancellor since Kurt Schuschnigg and Prince Starhemberg to belong to a noble family.[15][16]

today: Police stopping people and checking their papers to make sure the unvaccinated are not hiding among the vaccinated. 2021. Unbelievable.

“Every Person in Austria must be aware that they can be checked by the police at any time” - Interior Minister.

: “The Austrian government is in trouble?

The obligation of imposing the control as directed by the minister of the interior is rejected by the police syndicate https://infodujour.fr/politique/54068-lautriche-se-souleve-contre-la-dictature-sanitaire… The Armed Forces have annnouced that they will also participate in the grand protest

Austria Police Reject ‘New World Order’ Vax Mandates: “We Work for the People, Not the Elites”

Frenchdailynews.com reports: The leader of the Freedom Party (FPÖ), Herbert Kickl, called for a “mega-demonstration” on November 20 in Vienna.

Shortly afterwards, Manfred Haidinger, president of the Austrian Armed Forces Union (FGÖ), followed suit and joined in with the call in a letter published on November 14. He intends to “defend fundamental rights and freedoms”. The FGÖ specifies that “everyone” is allowed to demonstrate, even if they are confined!

The obligation of control imposed by the Minister of the Interior, Karl Nehammer, has already been rejected by the police union. In addition, the Union of Austrian Armed Forces announced that they will participate in the big rally in Vienna.

This is a resounding slap in the face for the government, which, according to the Austrian media, is becoming increasingly panicked.

Austria Police Reject ‘New World Order’ Vax Mandates: “We Work for the People, Not the Elites”

Austria has announced that it will impose a lockdown for all and make vaccinations mandatory as it seeks to tackle a rise in Covid cases. 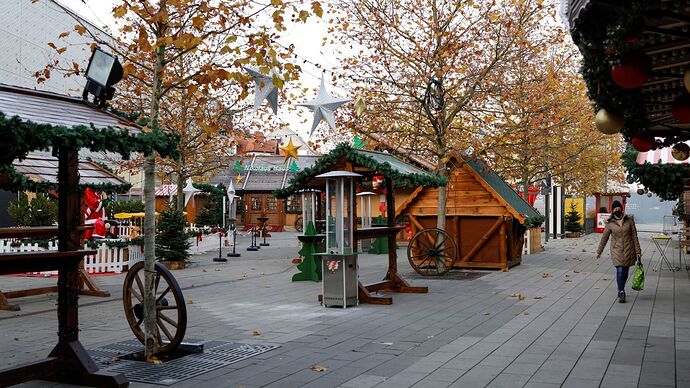 Berlin warns it could join its neighbours in closing schools, shops and bars - as Vienna hits out at "radical anti-vaxxers and fake news" after revealing plans for compulsory jabs.

He said the government therefore took “a very difficult decision…that we will quickly introduce a nationwide vaccine mandate” from 1 February.

With approximately 30 civilian firearms per 100 people, Austria is the 14th most armed country in the world.
Gun law in Austria - Wikipedia

Austria is to become the first country in Europe to make COVID-19 vaccines mandatory
Implying that there will be a second, a third, etc.

Looks at the Chancellors career. Even more of a EU bureaucratic elite insider than Macron or Draghi. Looks like a lifelong senior EU lawyer type until basically getting politically drafted when the previous Chancellor was forced to resign because of scandal.

So that is two EU states with defacto EU nominated national leaders. Draghi was not elected PM so much as appointed by Brussels. With Ireland and Greece as ECB protectorates, doing whatever Brussels orders, and Spain drifting the same way, not looking good for the future of democracy. You know things are bad when the only French “politician” making any kind of sense is Zemmour…

What is fascinating about German politics at the moment is the country that decides what the EU can and cannot do, or whether it applies to the Germans, for the first time in the modern era, not just since WW2, foreign affairs , foreign policy, in fact anything outside purely domestic Federal politics, played no role in the recent German elections. None.

And yet people claim US election politics is insular…

A post was split to a new topic: Scottish Vs The Menace

When Poland deviates from EU law it is threatened from on high, when Austria implements a sovereign law over forced medical intervention (contrary to EU law) we don’t hear a peep.

Listening to Varadkar yesterday on CNN one could be forgiven for thinking that he knows the writing is on the wall and that him and his boyfriend are already looking at properties in Brussels.

I would hope there would be protests at the Austrian embassy

So much for police being with the people, etc.