I know this end of the market is struggling, but I can see this one shifting at that price.

Property has been rented by a foreign family for the last few years. I was helping them find a top-end rental for their 2-or-so year stint in Ireland for the purpose of the husband’s work and this place was exactly what they were looking for. I wasn’t acting in a professional capacity, so save the gasps of shock about breaking client confidentiality!

Property has been rented by a foreign family for the last few years. I was helping them find a top-end rental for their 2-or-so year stint in Ireland for the purpose of the husband’s work and this place was exactly what they were looking for. I wasn’t acting in a professional capacity, so save the gasps of shock about breaking client confidentiality!

Nice job - that is a beautiful house on many dimensions.

SoCoDu are you sure you are referring to the right house?

This property has been rented by 2 English families for the last 6 years. The current family only took it (3yrs ago) as it was all they could find in their price bracket of €5-6k per month that suited their needs and their large family. It had lots of problems which were promised to get sorted out but never were.
Unfortunately whoever buys this house has a huge job ahead of them putting it straight. It has been left to fall into disrepair since first rented out. It is damp from bottom up and sides in. The current paint job has just painted over the mould lining the bedroom walls. The large structure out the back was also built without any planning permission which could also cause problems. The underfloor heating has never worked and the entire kitchen/breakfast area floor will need to be lifted in order to fix it. The natural stone flooring is cracked through-out. The list goes on.

After saying all that I still think the site is a steal for €2.7m & if you have the c€500k to put into correcting the house and bringing the garden back to life.

We are definitely talking about the same family (from England), however I wouldn’t say it was all they could find - they informed me that they looked at a number of options in the area. At the time they could have afforded houses on Temple Villas or Ailesbury Road, i.e. perfectly fine houses, but they wanted something more suburban as a change from their London setting where they didn’t have much of a garden. They certainly weren’t stuck for choice in reality and had months to find something, they just preferred large gardens and I suppose there wasn’t a huge choice with that specific requirement taken into consideration. The same money could have got them Percy Lodge in Killiney (also for sale at present) but it was let agreed by the time they started looking. As I said, wasn’t in a professional capacity, just recommended that they take a look at Aylesbury, so the last I heard from them was that they viewed the house multiple times, had agreed a price and were delighted with it.

I didn’t see the house myself at the time as I was out of the country, but I just find it odd that they would stay for three years if the house was in such a state of disrepair. Plenty of other houses with gardens even came on the market in the interim that they surely could have moved to. Even if nothing with a perfect garden came up, I think I’d settle with lowly Temple Gardens or Ailesbury Road if all else failed rather than stay put in a wreck! Aside from aesthetics, sleeping in mouldy bedrooms is a very serious health risk.

As for the outhouse/shed structure you are referring to, I’m not sure that you are correct. Planning was granted on at least two separate occasions for such a structure when applied for by the previous owners about 10 years ago. Any issues with said planning would have emerged in the conveyancing process when they sold it to the current owners.

If there are significant issues with the house, the agent is being very misleading with their ad, with statements including “property has undergone substantial improvements in recent years” and “All in all, one of Dublin’s finest homes”. Shame on them if there are remedial works in the amount of half a million to fix structural issues - they should note that the house requires some structural attention at the very least. If a house hasn’t been renovated in a long time, ads will nearly always note that the house requires total refurbishment/modernisation - same should go for major structural issues. However, I’m sure you can appreciate that it is all too easy for someone to make a new account to badmouth a particular property and anybody interested should take a look for themselves and not rely on heresay posted here, particularly coming from a brand new user who could have an agenda of their own. Apologies if this isn’t the case, but you can never be sure.

The current owners, who paid over €7m for the property, built the structure in the garden without planning permission. It caused a huge problem for them.

The current renters wanted a grand stately home with the Acre garden hence why they took the house. As you know them so well (which I doubt judging by your inaccurate posts) ask them directly about the damp bedrooms. You would also know that they would never move to temple gardens or the likes.

They viewed the house twice & managed to get the rent down to €5500 a mth because of the work to be done.

I’m afraid you are correct in saying that the realtors are misleading as no work has been done on the house since the initial refurb in 2007. They subsequently ran out of money & it was a hasty finish. In order to sell they have painted the house inside & out to cover the damp & even tried to repair the cracked tiles on the kitchen floor with grout!!

As I said before, for some with a lot of cash to invest I think it’s a fabulous site in a fantastic location. I don’t think my poor review will have any baring as apparently the offers are flooding in so fast the are considering going to Auction!!

As I said before, for some with a lot of cash to invest I think it’s a fabulous site in a fantastic location. I don’t think my poor review will have any baring as apparently the offers are flooding in so fast the are considering going to Auction!!

“Poor review” - was that your real intention “Reviewer” ?

You make some contradictory points “Reviewer” (as well as attacking a respected member of the PIN), but sum off with “offers flooding in and likely going to auction” ??

Regardless, the auction rooms for +2m houses in Dublin in 2015 have been more like funeral wakes. Even the best Dublin houses have only been sold privately by getting the sole bidder to bid against themselves, or finding the holy grail - a foreign buyer.

The demand for houses above 2.5m in Dublin is proving to be tiny - and for periods, it is non-existent (a well known upper end EAs told me that there have been times in 2015 when he has had no one able to make a serious cash offer).

This house will sell above asking (other EAs would be asking +3.5m), however I suspect getting more than one serious bidder will be harder then just getting a single serious bidder to bid against themselves (perhaps with stories of “floods of offers”?)

Sale agreed last week. One of the quickest sales in the high-end in quite some time.

I hope “Reviewer” will settle in their new home.

I wish ‘Home’ - I was always a very genuine poster with absolutely no agenda. Perhaps just naive.
I can tell you that is went for just above €3.1m & as I suggested in previous message will be completely renovated with a beautiful new extension to be built.

Bought by a very successful & interesting business man, his 2nd wife & their 2 children 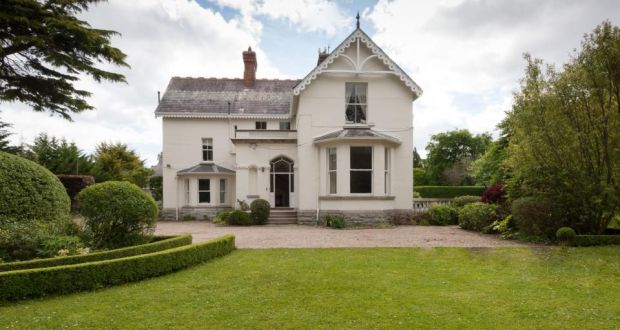 Not a bad price, and I don’t think very far away from what it could have gotten at bottom in 2012 (probably closer to 2.7m).

There are a few buyers in Glenageary who bought high end in the mini-peak of 2014 who will be sick looking at this.

In 2013, Aylesbury would have been auctioned for sure, and would have made the 3.1m. Now, Dublin high-end EAs are too afraid to auction anything, preferring to see if they can nail some UK £ buyers thepropertypin.com/viewtopic.php?f=23&t=64378 (or better still, and embassy or corporate buyer off-market).

Ulric and Susan will be trading up from their previous abode:
(21 KNOCKSINNA PARK, FOXROCK, DUBLIN, DUBLIN 18).

House seems to be in Susan’s personal name only (per her recent planning D15A/0848).

(as a financier, life is always complicated and Ulric and Susan appear as joint Directors for a lot of various Irish and International holding companies / trusts).