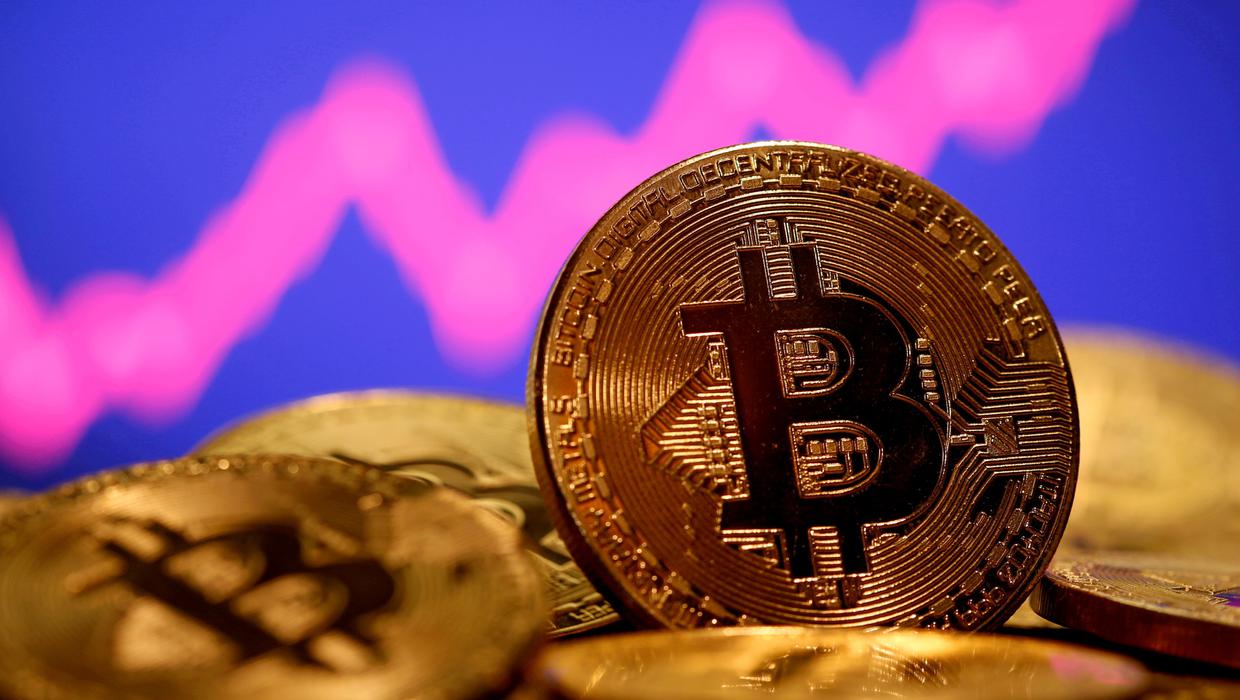 Cryptocurrencies lose their anonymity in Ireland

BUYERS and sellers of Bitcoin and other cryptocurrencies are no longer able to trade virtual assets anonymously in Ireland under an expanded anti-money laundering regime.

They now have a 100% private send cryptocurrency!

Solid financial advice from an “entrepreneur” in the “industry” published by CNBC.

“It would make even greater sense to play that oldest trick in the manage-your-finances-smart book: borrow against your assets to avoid capital gains taxes,” said Antoni Trenchev, co-founder of crypto lender Nexo.

“And what better collateral than one that — despite today’s price dip, likely caused by the said proposal — appreciates in value like Bitcoin?”

Over $200 billion wiped off cryptocurrency market in a day as bitcoin plunges...

Comments like this make me laugh. Keep on seething with rage. Imagine how vexed the no-coiners will be when BTC goes $100K+.

“I’m gonna dodge that question,” Buffett said. “We’ve probably got hundreds of thousands of people watching this that own bitcoin, and we’ve probably got two people who are short. So we have a choice of making 400,000 people mad at us and unhappy, or making two people happy, and that’s just a dumb equation.”

Munger, for his part, has called bitcoin “artificial gold” and insisted its volatility makes it useless as a means of exchange, and he’s compared crypto investing to “trading turds.”

Been reading a bunch of posts from early 2018 after the massive crash. Hilariously entertaining stuff and well worth a browse. Good times for those who never doubted the potential of this industry.

I chipped in a few enthusiastic bitcoin posts back in 2012. The amount of hostility my posts received was amazing considering the whole site is based on the unfairness of central banking and fiat currency.

By “hostility”,… do you mean posters had differing opinions about the subject matter than your own?

No, downright hostile and aggressively anti-crypto. Most of these posters haven’t been seen in quite some time though.

I was accused of being a sock puppet. Bitcoin addresses weren’t allowed. The most outspoken proselytizer was banned. It felt hostile to me.

I joked at the time discussing bitcoin here was like bringing up house prices on askaboutmoney circa 2006.

IMHO, proselytizing is a belief based activity and usually not based in facts.

Of course, some people love crypto and treat it like they might their favourite football team. That’s part of the mania of the whole thing.
That’s fair enough, but it doesn’t make for good critical discussion about the pros and cons of crypto currencies. 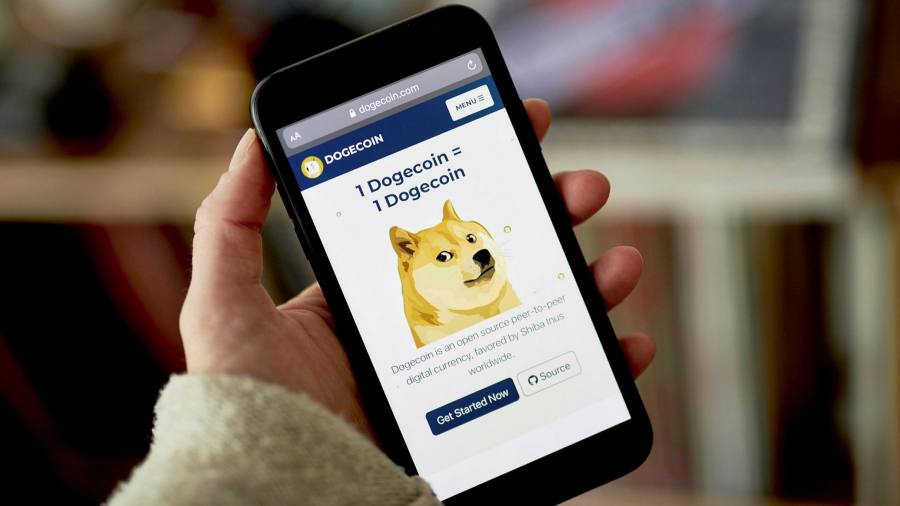 Dogecoin gives away the crypto game

It has often been hard to make sense of financial markets in 2021. First there was the 1,500 per cent rally in flailing video game retailer GameStop, then there was the $100m valuation of a New Jersey deli, and then there was a 15,000 per cent surge in dogecoin, a cryptocurrency designed as a joke. “Do you want Tesla to accept Doge?” the electric car company’s chief executive and self-styled “technoking” Elon Musk asked his Twitter followers on Tuesday. The tweet was just the latest of several Musk shout-outs to the digital coin, which is based on a meme showing the face of a Shiba Inu dog overlaid with an imaginary inner monologue: “Wow”; “so scare”; “keep ur hands away from me”. Dogecoin functions the same way as bitcoin — it’s a digital token underpinned by a decentralised network of computers that process and keep track of transactions via a digital ledger called a blockchain. But unlike the original cryptocurrency, whose backers use highbrow arguments to justify and shore up its value, dogecoin has been a joke from the outset. Yet while few people are claiming that dogecoin will “democratise finance”, or become “the global reserve currency”, or fundamentally change the world, since its creation in December 2013 it has hugely outperformed bitcoin. While the latter has climbed a remarkable 7,700 per cent during that period, dogecoin has rocketed by an almost unfathomable 200,000 per cent. In other words, if you wanted to make some money on crypto over the past seven-and-a-half years and chose to buy bitcoin rather than dogecoin, the joke’s sort of on you. Dogecoin gives the lie to the idea that we should take bitcoin and other cryptocurrencies terribly seriously. While crypto evangelists might want everyone to buy into the notion that bitcoin is going to take over from the dollar one day, and that we all need to hold some of it in order to protect ourselves from the evil central bankers who want to inflate away the value of our money, the reality is that their arguments are largely just a self-interested attempt to boost the price of cryptocurrencies. Much like a pyramid scheme, those who got in early on bitcoin have a huge financial incentive to draw in others by any means necessary. But while getting rich is clearly the main motivating factor — and some people have indeed managed to become incredibly rich from crypto — it is not the only one. Buying into crypto should be considered akin to gambling and, like gambling, people get into it not just because they might make money, but also because it’s entertaining. It’s no coincidence that cryptocurrencies and “meme-stocks” have surged in a year in which much of the world has been locked up indoors. It is the result of what Bloomberg columnist Matt Levine has called the “boredom markets hypothesis”. Crypto trading is often more accessible than gambling, particularly in places where betting is heavily regulated, such as in the US. It allows buyers to feel like they’re in some kind of tribe. And while the “LOL” factor might not be considered a traditional metric for working out the value of an asset, that doesn’t mean it shouldn’t be: clearly, the extent to which it is fun to buy into something has an impact on how much it is bought, and nowhere can that be seen more clearly than in dogecoin. The joke-coin makes a mockery of the idea that crypto investing should be considered a serious pursuit. Its very existence undermines the notion that bitcoin derives value from its scarcity. While bitcoin’s total supply will eventually be capped at 21m, as written into its original source code, there is no limit to the number of copycat cryptocurrencies that compete with it — there are now almost 10,000, and dogecoin itself has no hard supply cap. Dogecoin’s success makes just as much sense as the rest of the crypto market — people buy into these coins because doing so is exciting, it gives them something to do and discuss with their friends, and of course because it can allow them to make a quick buck. But perhaps it can also allow us to stop taking the crypto project quite so seriously. While we’re at it, we might do the same with the stock market.

Wrote this last week forgot to post in reply to @el_diablo I think.

There is a view that in a massive counter to the Menace last stand, Bitcoin is going to 0 and other cryptos, state backed or regulated will take up the slack, and that kind of when reality slip into the what Cliff High terms “sci-fi” world, a relaity fork, something I’ve been watching in earnest since 2018, some think the destruction a massive destruction event will introduce a level of Black Swan that will be like a self-spreading squeaky bum. All kinds of crazy ideas out there. I have seen some of that destruction. You have already seen some of that destruction. there may be more to come. A lot more. The kind of thing that no one stops.

Crypto or digital currency that is not central bank backed terrifies the Menacing Squid, the Squid is feeling the heat, it has marshalled it’s media assets to try put the genie back in, but the faction behind this is as you might have guessed is still fighting hard.

Bitcoin has gone below $40K, actually 38K now - I’ve been suggestion to a few to sell since a week or two ago, but not getting any traction!

Silver & Gold have been perming steadily since end of March.

I was accused of being a sock puppet. Bitcoin addresses weren’t allowed. The most outspoken proselytizer was banned. It felt hostile to me.

I joked at the time discussing bitcoin here was like bringing up house prices on askaboutmoney circa 2006.

Sure hit the report button if you feel like it

Who was it who got hit with the banner hammer again, it’s like maybe 8 years ago? I remember being offered a few slivers of the btc too but hey it was never about that in the first.

On a technical point. No commercial activity was ever allowed as per policy like forever. Plus some mods didn’t like leakage and cross spamming but sure that was then, this is now, and now is the future forever arriving to bid farewell to the past.

Information wants to be free, is traded freely which ensures optimal access but to paraphrase political parlance and make a point similar to @snaps

An over-sharing of information is unhelpful. It's all about striking a balance between the stakeholders during meaningful roundtable discussions.

BTC almost down 30% today, virtually no green crypto on coinmarketcap.com

The market has been manipulated lower so Elon and his buddies can grab some cheap BTC.