Zoom out. BTC is back to the same price it was in …February. A year ago it was $9,000.
And Clif high is an absolute clown with an extremely poor track record.

The market has been manipulated lower so Elon and his buddies can grab some cheap BTC.

Zoom out. BTC is back to the same price it was in …February. A year ago it was $9,000.
And Clif high is an absolute clown with an extremely poor track record. 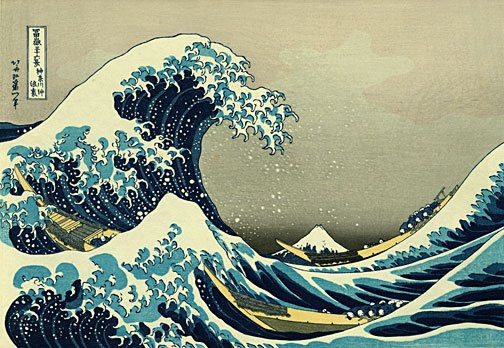 Manipulation - but do you believe it all?

Hmm interesting. I do believe that it was caused by some sort of coordinated manipulation. Should be interesting to see how it plays out over the next several weeks and months.

Years ago I was hired, with no experience in finance, as a trainee analyst at a hedge fund. I asked my soon-to-be boss how I should prepare. He said: “Get a financial calculator and learn to use the net present value keys. That’s really all there is to it.” He was right. I have thought ever since in terms of streams of future cash flows, terminal values, and discount rates. Every other analytical tool I have acquired since has been secondary. Which is why I am uneasy doing what I need to do today: write about bitcoin, an asset far beyond the comprehension of my HP-12c (millennials may now go look up what that is). The value of the stock of bitcoins fell by 29 per cent at one point today, a decline in value of $225bn. Here is the price of an individual bitcoin through the day on Wednesday (with the final tick on Tuesday included on the left) (data from Bloomberg): Furthermore, bitcoin and the overall market trend seemed to be linked. From Refinitiv: Something needs to be said. So what follows is this old-fashioned analyst’s best guess on what is going on. I look forward to your mail (I think?). Bitcoin is best thought of as equity in a company whose only asset is a promising but unproven technology — this is not strictly true, but it is the right metaphor. A lot of people talk about it broadly in these terms. Here for example is Bill Miller, a very famous stock investor, in Barron’s a few weeks ago: “Bitcoin is the solution to a problem that’s bedevilled economies since there were economies, which is government monopoly over the money supply and the banking systems, leading to serial defaults, confiscation with nationalisation, inflation . . . the best way to think about it is as digital gold. Gold is analogue, bitcoin is digital. It’s far superior to gold as a store of value . . . you can’t flee your country with millions of dollars worth of gold, as it’s bulky and hard to divide, whereas you can send bitcoin anywhere in a fraction of a second at very low cost, and it’s almost infinitely divisible.” If the bitcoin technology works, that is to say, it will be a new form of money, and one that is superior in money’s particular function as a store of value: inflation safe, transferable without friction and out of the reach of government fiddling. Here is Marc Andreessen, a very famous technology investor, writing some years ago, hitting similar points: “The bitcoin ledger is a new kind of payment system. Anyone in the world can pay anyone else in the world any amount of value of bitcoin by simply transferring ownership of the corresponding slot in the ledger. Put value in, transfer it, the recipient gets value out, no authorisation required, and in many cases, no fees.” And if bitcoin does become money, its value will rise a lot. Miller again: “There’s about $10tn of gold value in the world, some in jewellery, some in central banks, some in things like ETFs. Bitcoin’s market cap is around $1.1tn. I’m highly confident that bitcoin can go up 10 times under certain reasonably assumed conditions — namely, it can be as valuable as gold.” Rational people should agree, though, that bitcoin’s technology does not work yet. This should be obvious. Today’s price moves show bitcoin is too volatile to be money; for now, when the really bad stuff goes down, I’ll be fleeing across the border to Mexico with something other than bitcoins. Just as importantly, transaction costs in bitcoin are generally high and slow, and it is only accepted in a few places. Bitcoin is not money, but the idea that it will one day become money is the source of its current value. When the price of stock in a company whose only asset is an unproven technology fluctuates (and they do, a lot) that doesn’t matter. That’s just market noise, except when there is new information suggesting that the technology asset is more or less likely to succeed. That is where a lot of bitcoin believers have made a mistake. They think when the price of bitcoin goes up, that is itself evidence that the technology is closer to working, and becoming money. It’s not! Lots of things, from baseball cards to cases of Château Lafite, go up in value. That does not make them money. It makes them assets. Assets are fine things, but the value of the said bitcoin comes from the possibility that it becomes a specific kind of asset, namely money. Evidence that bitcoin is becoming money would involve people transacting in it more, in more places and more smoothly (whether there is any evidence of that is a topic for another day). A final point. The nominal reason for the drop in bitcoin’s value on Wednesday was that the Bank of China said that it “should not and cannot be used as currency in the market”. Is that evidence that bitcoin technology will not work, and become money? Maybe, but remember that an essential part of bitcoin’s appeal is that the opinions of third parties and especially governments are not supposed to matter. Yet today’s volatility suggests they do. There is an easy way to resolve that contradiction: by positing that much of the current value in bitcoin is pure, untethered speculation, with no connection whatsoever to the fundamental character of the technology.

The nominal reason for the drop in bitcoin’s value on Wednesday was that the Bank of China said that it “should not and cannot be used as currency in the market”.

So Tesla could not accept Bitcoin as payment for cars in China.

Did anyone anywhere actually buy a car using Bitcoin?

Why would they, most Bitcoin owners think the value of their coins will rise in the long term, at least thats what they tell me

@ princemyshkin
IMO and prediction, the stock market crash is looming, and when the crash happens all crypto currency will be annihilated down to small fractions of todays “market value”. The timely FED will then come in with it’s newly printed trillions of dollars and buy up all the crypto, then and only then crypto will really sky rocket, until the FED decides to crash it forever. Fiat currency will be no more and the FED regulated central-bank digital currency will be born (see below). I bought Bitcoin back in 2010 after been told about it while on vacation in Vegas - not very much but enough to understand this beast. So to answer your question I think the unregulated crypto will significantly crash first and then rise later, those who buy straight after the crash will benefit the most. Good luck! 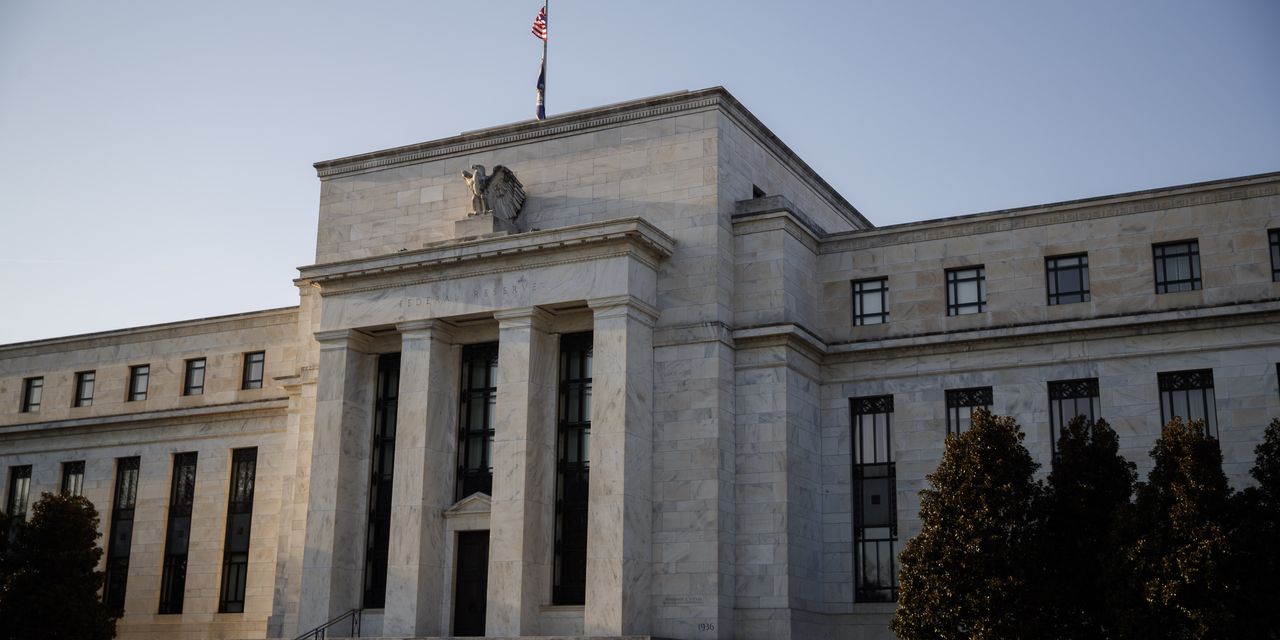 Fed to Publish Paper on Digital Currency This Summer

Chairman Jerome Powell says the paper represents the beginning of ‘a thoughtful and deliberative process’ as the Fed weights central-bank digital currency. 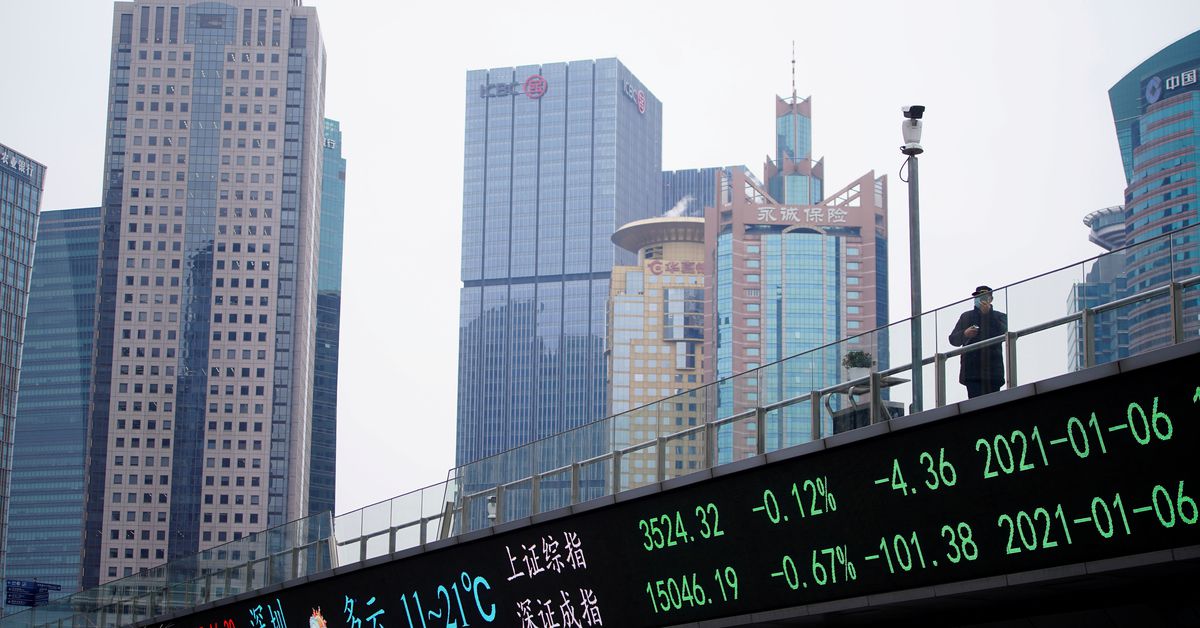 Stock markets struggled for traction on Thursday after a jittery session on Wall Street where cryptocurrencies crashed and a hint of tapering talk from the U.S. Federal Reserve drove selling in the bond market and lifted the safe-haven dollar.

Bitcoin’s Latest Crash: Not the First, and Certainly not the last!

The Bitcoin price history put through a sound generator

As BTCUSD recovered, Wall Street also followed and was well-off the session/panic lows; Dow Future recovered almost +500 points. As a pointer, Wednesday’s 30% plunge in BTCUSD resulted in a huge margin call almost in 775K retail accounts, resulting in around $8.6B loss (notional). Such abnormal volatility in an asset like USDBTC/cryptos is bound to have a serious spillover effect on the overall financial market due to a possible margin call. Also, various crypto/BTC savvy corporates like Tesla having large Treasury investments (in BTC) are susceptible to a huge fall.

Ouch indeed. It’s crazy to trade using leverage (sometimes up to 100x) on such volatile and easily manipulated markets.

Not sure what to make of this. Elon is very fond of carbon credits but has zero credit with Bitcoiners.

Straight after this he was tweeting that he was looking to hire Dogecoin developers.

Despite the El Salvador news and maybe Uruguay, none appears to have made a dent in BTC trending down which IIRC flipped around early may from Bull run to Bear run, the ALL TIME curve looks correct to me, it will either rest at some resistance level (I see people say 10K) and then others suggest 10K next stop 0… It’s not like asset price bubbles have never occurred and subsequently pop in the past. 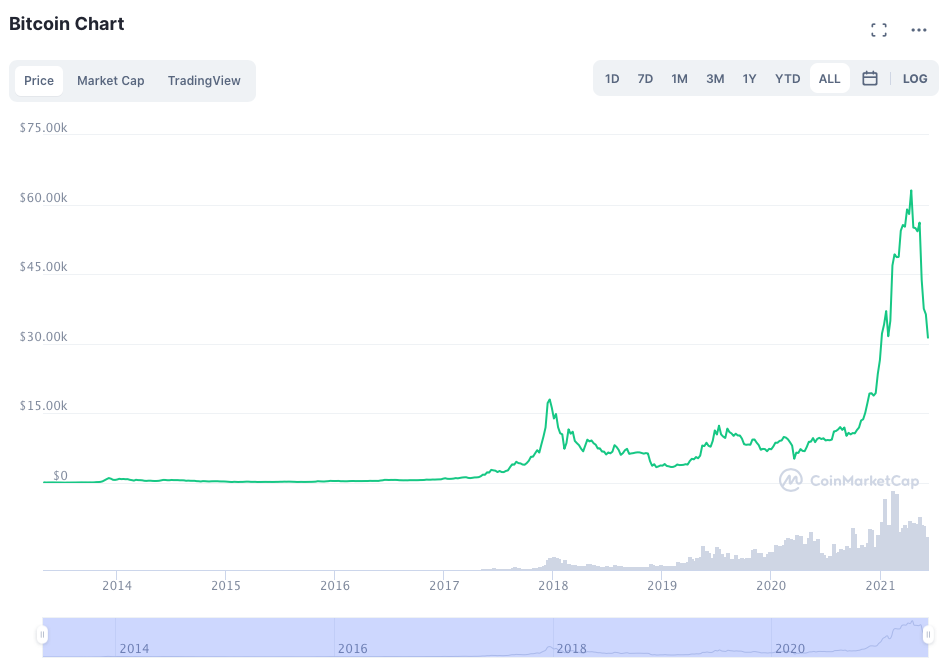 So who is jumping in at 10K while everyone is running for the door?

Not sure what to make of this. Elon is very fond of carbon credits but has zero credit with Bitcoiners.

Straight after this he was tweeting that he was looking to hire Dogecoin developers.

Yea, he was like - I"m healthy and family too, we don’t need no vaccine to I got the vaccine… here another:

It is high time there was a carbon tax!

Jack Mallers and Strike have been instrumental in getting El Salvador to adopt Bitcoin. Something like 20% of El Salvador’s economy is based on Remittances. Watch the video and you see why The Lightning Network (BTC Scaling solution), makes so much sense for El Salvador.

Every person with a phone, will be able to send and receive USD or BTC in a permission less system with sub cent costs and in near real time. No more wire transfers.

As an aside BottlePay, another Lightning Network based scaling solution for Bitcoin, just launched in Europe.

Does this mean MS-13 can be paid directly by the DS and it won’t be noticed?

You can setup you own light server and make a few quid helloing it all work. Some messager apps use it for messaging and you can pay BTC in the app.

Monero is the crypto of choice for ‘other’ activities.

I’ve setup a lightning node on my RasPi, just never got around to funding it or opening any channels.