Boris has succeeded where many others have failed

Despite everything, he has prevailed. Whether this is a good thing or a bad thing remains to be seen…

A cross-class coalition came together to ask for things that even today are routinely absent in our everyday conversation about Brexit: a more directly accountable democracy, a political system in which serious and meaningful opposition is allowed and a country in which people can seriously influence the decisions that are affecting their daily lives. None of these things were even mentioned as I sat through much of the media coverage of Johnson’s Brexit trade deal this week. Even today, more than four years on from the referendum, our ‘conversation’ about Brexit continues to reduce it simply and crudely to economic self-interest — as if the only interest the people of this country have in politics is to extract financial benefit. The people who will be cheering on news of the deal today and over the next few weeks won’t be talking about GDP; they’ll be talking about the one thing that politics is really all about – power, and the restoration of power in their daily lives.

Insiders have struggled to hear this call over the decades, but Johnson, Dominic Cummings and others within No 10 heard it and responded. Even today, as we draw to the end of 2020, the Old Etonian and Oxford graduate holds an 8-point lead over Labour among the working-class and a 42-point lead among Leavers. These voters are not idiots; they can all see Johnson’s mistakes, gaffes and amateurism, just like the rest of us. But they have ultimately stayed with him because of what he represents: restoring power to them.

This is why the deal really matters. It will now form an integral aspect of Johnson’s narrative as we journey toward the next election in 2024. You don’t need to be a political spin doctor to predict what he will say: “You asked me to deliver Brexit. You asked me to take control over immigration. You asked me to restore our democracy. You asked me to redirect our national conversation away from London and back to the regions. I did all of those things. Now give me another term to see it all through.” 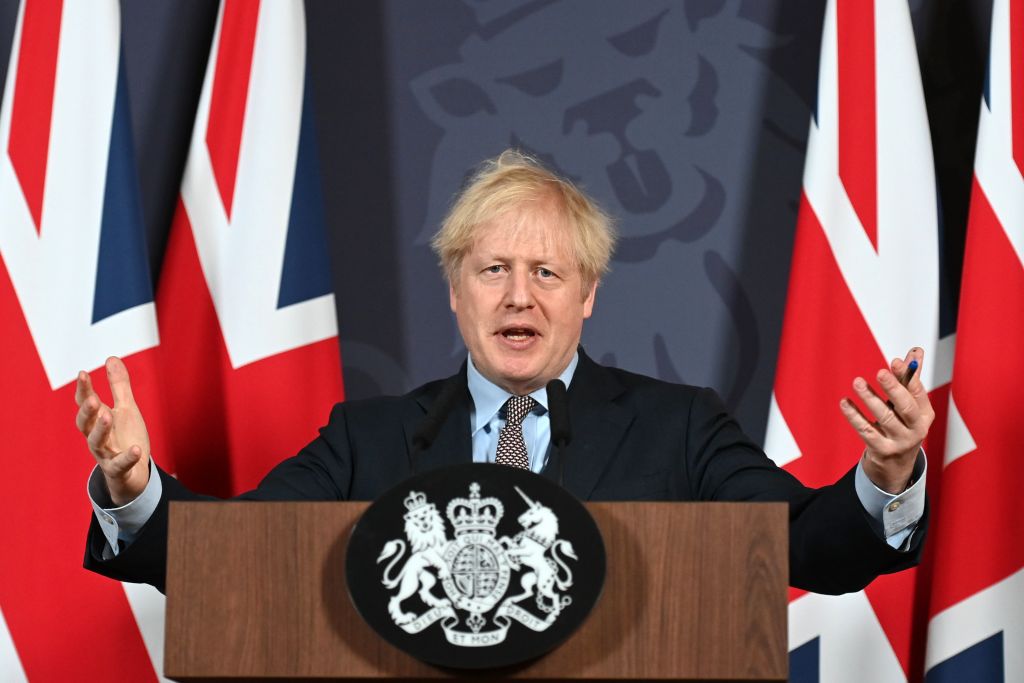 Boris has succeeded where all others failed - UnHerd

The declinists will carp, but his voters will not forget this victory

Imagine labelling an Opportunist a “pragmatist”.

Imagine missing the fact that a Libertarian Satyr like Boris (who doesn’t even understand the migration issue) is not a “populist” - rather than an opportunist.

Was it Napolean who said “Id rather have lucky generals than good ones”??

Johnson appears to have stumbled over the line on a number of occasions now and he’s likely now the most significant Tory leader since Thatcher.

Theyre now fully independent on taxation with negotiations around the ability of the city of London to trade directly into Europe yet to be finalised. Not quite the clean break initially conceived but maybe the freedom to achieve freedom, to quote an Irish historical figure.

At first glance it seems the EU has displayed little regard for Irish interests (as predicted) with our fishermen in particular having been fed to the wolves. So much for fabled EU solidarity etc. Remains to be seen also whether this is the beginnig of the end of the Irish corpoate tax scam.

The talks paralleled the NI Peace Process after the first ceasefire. Except the British were the IRA here.

The IRA wanted to enter talks while holding it’s weapons. The 94 Tories set the precondition that decommissioning must occur. Britain’s position of continuing with an expensive, troublesome war seemed to make no logical sense, but the IRA didn’t realize that the British were prepared for it. After much frustration the IRA used their weapons and ended ceasefire.

Britain always assumed that a deal was assured because of the EU’s trade surplus. ‘They have the surplus. This is a no brainer. We’ll settle this over a cup of coffee in Berlin’. But the Germans & French rightly realized they would achieve a better and more politically secure outcome by making the whole process go through the multilateral organ grinder of an EU process. Britain’s main weapon was the Irish border. And they intended using it if french fishermen blockaded Calais about fish etc.

But The EU set the Irish Border as a precondition for the withdrawal agreement which drove the British nuts. Because their strategy was always ‘Agree everything except the Irish border. Leave that last. We’ll agree whatever suits us at the end. We’ll put the Irish under massive pressure’. Divide & Conquer is the only strategy they know.

By taking the Irish border mostly off the table in advance of trade talks, unlike the IRA the British effectively agreed to decommissioning. A big weapon gone. They pathetically tried to ‘rearm’ by bringing the border back on the table with the Transition Bill.

The recent Covid blockade on Calais showed what would happen in a no deal scenario. Britain keeps all it’s fish but French fishermen are allowed block the port, destroying Britain. So the ‘No Deal’, the other main British weapon, effectively became a Nuclear Deterrent they could never use.

This is all a huge failure and humiliation for Boris, Gove, Frost etc. It’s even worse than May’s humiliations.

Im not sure thats entirely accurate. Granted, they havent ‘taken back control’ to the extent that the more simplistic pre-referendum narrative had suggested they would.

However, Britain is, as of now, the country in western Europe with the most democratic accountability ie all debate around issues that impact upon the British people will take place in their own Parliament, observed by their own people, as opposed to being debated by Romanians, Swedes and others in Brussels. This is, fundamentally, what Brexit was about from the outset ie financial considerations appear to have been of less importance to most who voted Leave than the type of democratic accountability that accompanies the type of aspirational grass roots nationalism, as articulated for example, by the signatories of the 1916 Proclamation.

The most immediate conversations will be over what we have in this deal compared with what came before. To what extent will the UK be able to continue exporting services and which authorisations are still valid. These are matters of immediate economic importance, but less important than the overall implications whereby Britain and Brussels have shifted the regulatory focus from Brussels to Geneva, where the UK may enlist the support of its allies and fellow EU FTA holders to bring pressure to bear on the EU.

The longer term implications of this means the EU weakens its grip on technical governance to become more of a political and monetary union, the type that Britain could never be part of. We wish them the very best in their endeavours and look forward to working with them, but in international organisations we shall sit as sovereign equals rather than subordinates

Like just about everyone else I earnestly announced I would not be speculating on the deal until I had seen and digested the the legal text. I then proceeded to spend the next twenty four hours specul

What happens next of course is far from clear. Does a Britain, unencumbered (to a significant degree) by the continental, technocratic European Union world view, become a society of extreme inequality modelled on a pre-welfare state model as per the ‘Singapore on the Thames’ idea, or does it become somewhat reinvigorated by breathing new life into the dead zones of its post-industrial northern towns etc? Possibly neither.

Whatever does happen however, British politics, due to it now standing (to a significant degree) beyond the deterministic mono-cultural outlook of the past 50 odd years, is about to become of more relevance and interest than anywhere else in western Europe. Its politicians will be obliged to sell (and need to be capable of selling) ideology and outlook in a way that Irish politicians are not, due to the fact that every single political party on this island buys into the same globalist world view.

The Brits can, as of now to a degree, and later likely increasingly, paddle their own canoe. Thats basically what Pearse and Connolly were all about 100 years ago regardless of the economic implications associated with leaving the largest economic entity on the face of the planet at that time. How times have changed.

The Brits can, as of now to a degree, and later likely increasingly, paddle their own canoe. Thats basically what Pearse and Connolly were all about 100 years ago regardless of the economic implications associated with leaving the largest economic entity on the face of the planet at that time. How times have changed.

These are pudgy, expensive account, spoofer, Libertarian-leaning journalists we’re talking about (Gove and Boris) not Republicans. I’ve been reading Boris for years. They don’t understand (or refuse to accept) the migration issue- which was the prime driver for Brexit.

These are pudgy, expensive account, spoofer, Libertarian-leaning journalists we’re talking about (Gove and Boris) not Republicans. I’ve been reading Boris for years. They don’t understand (or refuse to accept) the migration issue- which was the prime driver for Brexit.

But it has to be expected that they will be forced to engage around these issues into the future ie claiming that ‘Brussels made them do it’ will no longer be an option.

Id suggest that the political determinism of the past 50 odd years (read across-the-board-globalism) is no longer the only game in town… in the UK.

And youd have to suspect that the political centre will be required to tailor its policies to the new reality or risk being abandoned by the electorate.

Time will tell I suppose.