Meanwhile you look away form the terminal for a bit and then you turn your head back and see, well, is it goin’ all precipitous n’shit, where to start…

Cornell from Soundgarden. Jerry Cantrell from Alice in Chains is still gigging away. 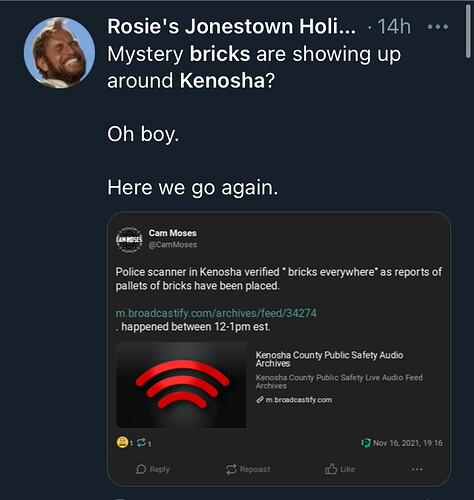 I believe the menace is preparing for something but it does not know when it is coming, but even now it can not move faster than this, and not perfectly equally across all it’s captured colonies - Therefore, we are at maybe the most dangerous point yet in this WAR and I expect, this is the harder phase or the beginning of the harder phase, because the Menace hand was forced to roll out it’s plan in a far shorter time frame than ever envisaged.

Think about it, pushing 3 shots into people in under less a year, in some cases in less than half a year. No one believed it in 2020, I guess they really did have to see to believe.

Then the timing of this “Call To Action”, having being released on 4 days ago, does not look to be merely coincidental.

APPEAL FOR AN ANTI-GLOBALIST ALLIANCE

FOR TWO YEARS NOW we have been witnessing a global coup d’état, in which a financial and ideological elite has succeeded in seizing control of part of national governments, public and private institutions, the media, the judiciary, politicians and religious leaders. All of these, withoutdistinction, have become enslaved to these new masters who ensure power,money and social affirmation to their accomplices. Fundamental rights, whichup until yesterday were presented as inviolable, have been trampled underfoot in the name of an emergency: today a health emergency, tomorrow an ecological emergency, and after that an internet emergency.

This global coup d’état deprives citizens of any possibility of defense, sincethe legislative, executive, and judicial powers are complicit in the violation of law, justice, and the purpose for which they exist. It is a global coup d’état because this criminal attack against citizens extends to the whole world, withvery rare exceptions. It is a world war, where the enemies are all of us, eventhose who unwittingly have not yet understood the significance of what ishappening. It is a war fought not with weapons but with illegitimate rules,wicked economic policies, and intolerable limitations of natural rights. 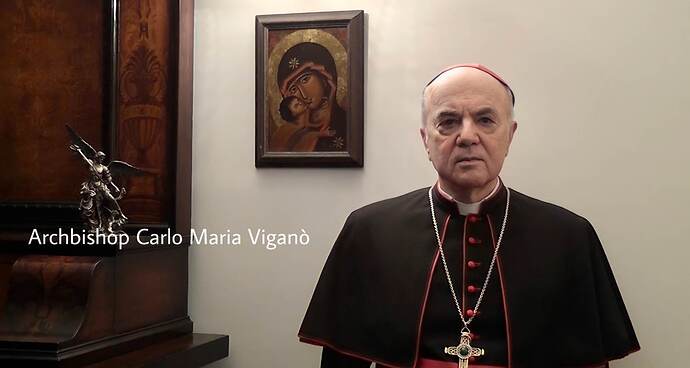 Archbishop Carlo Maria Viganò appealed to Catholics, Christians, and people of Faith to unite against the dark forces of globalism.  Archbishop Viganò sent The Gateway Pundit his video and Appeal for an Anti-Globalist Alliance. Please watch... 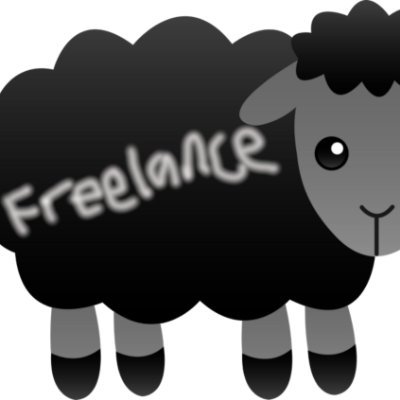 Being considered for deletion or cancellation eh.

Pages for logged out editors learn more  Communism portal Mass killings under communist regimes occurred through a variety of means during the 20th century, including executions, famine, deaths through forced labour, deportation, starvation, and imprisonment. Some of these events have been classified as genocides or crimes against humanity. Other terms have been used to describe these events, including classicide, democide, red holocaust, and politicide. The mass killings have been ...

Whats interesting is that a legitimate and reasonable article has been deliberately disrupted in the last year by some Italian kid in Southern Italy who is a self described anarchist and whose edits are the usual pseudo intellectual ramblings of some unemployed Italian university graduate in a small city in the middle of nowhere. No doubt still living with his parents. Based on his intellectual and political pretensions his parents are probably professionals. Like doctors etc. These people are always real dick heads in person. I’ve know a few.

… back in the day things meant something… 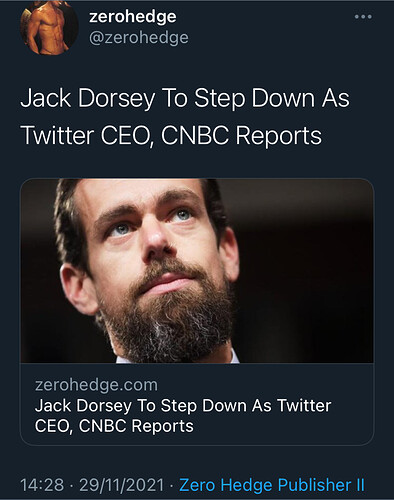 Early reports as yet for this one… 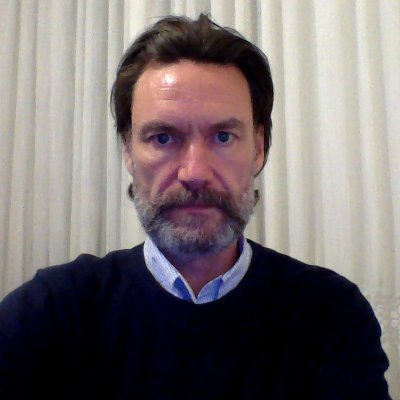 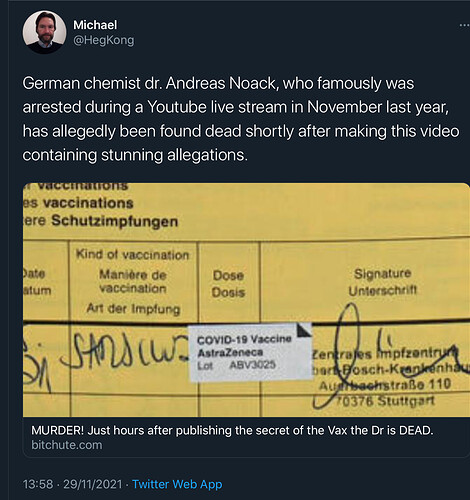 Link to the tweet video, in case it get deleted from twatter.

MURDER! Just hours after publishing the research on the Vax, Dr Noack is DEAD.

🟢On this public and open discord server we are working things out and share our news and insights. 🟢If you feel like its time to connect and resist, feel free to join us: 🟢 https://app.revolt.chat/invite/XtpxNExv 🟢 This is Dr Noack, a chemist an…

If that’s all true…

Who knows, so yes it is early reports and reports / emerging information may change

One to watch though?

Sentence or two on what he claimed, anybody?

AFAIK he’s a chemist with experience on graphene & was talking about graphene & vaccines.

Razor blades at nano scale, shooting around your vascular system shredding it to bits.

He’s basically swapped the cause of what Bhakdi was terrified by, that same observable phenomenon he claims is caused by an entirely mechanical explanation, physical weapon for the crime.

Its utterly fucking horrific if true. It is a most diabolical weapon.

Thanks
Will look up so

So Parag Agrawal is taking over at twitter. Various accounts are saying he may be even more censorious than Jack…

He must really be a nasty backstabbing bastard. He has some glorified internships at other places but he has only really worked at Twitter. After a basically - f*ck, thats all, - Doctorate at Stanford. Made CTO in 5 years after graduating. Which says it all.

Whats really interesting is that the India press seems to know nothing about his family. Unlike all the other Indian tech CEO’s. But he went to school at a special school for the kids of people who work for the Indian Atomic Research Dept and it looks like there is someone with his (albeit common surname) who is a researcher in the most interesting part of what is suppose to be a civilian research organization. Lets just say if you want to find people working on dual use plutonium thats where you would find them. Which might account for the lack of family information. If no serious background info about the family turns up in the Indian press in the near future then thats probably the reason.