Remember this story before Christmas, it’s back but with a harder slant. 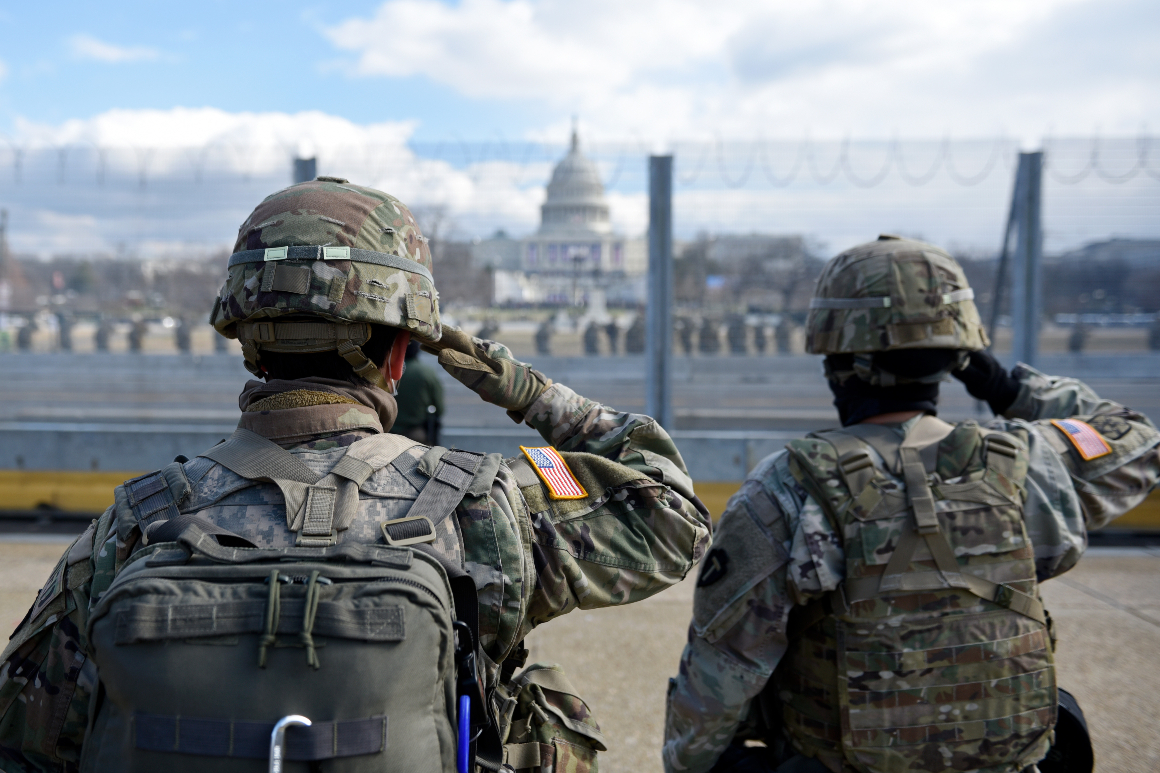 ‘Really quite shocking’: Inside the ugly transition at the Pentagon

The effort to obstruct the Biden team is unprecedented in modern presidential transitions and will hobble the new administration on key national security matters.

Reports of a bad military helicopter crash in NY.

Clicked on their twitter to look at the above, and saw another tweet, which means I’m really confused now - I thought Antifa would be happy this evening, what with Orange Man gone and the inauguration of a Democratic President having happened. Instead:

Antifa in Portland is currently smashing out the windows of the headquarters of the Democratic Party of Oregon.

Ah yes, this telegram link here https://t.me/GreatAwakeningChannel/461 alleges it is because they have not been paid.

FYI looks like they may be embarrassed anyway - by how few people watched the inauguration video, 325,000 give or take so far…

NEW - Joe Biden’s inauguration video is so unpopular that it is now “unlisted” on the White House’s YouTube account.

Bet was made ages back, we postponed settling it until after inauguration day though - got a reminder this afternoon about it

Nah it’s to demonstrate that they’re not Democrat’s pets - which they actually are.

and t’s not only the older ones who are concerning…

AOC is calling for Cruz and Hawley to resign, because they wanted to query potential irregularities in the election (something democrats have done themselves in previous elections, most notably Bush vs Gore).

AOC calls for Cruz and Hawley to resign: ‘If you do not, the Senate should move...

Cruz says AOC is ‘a liar’, that he isn’t ‘going anywhere’ and that he will fight AOC and her ‘socialist buddies’

Not to mention her desire to keep lists of Trump supporters, something about them “being responsible for their behavior over last four years”:

Nah it’s to demonstrate that they’re not Democrat’s pets - which they actually are.

Yea good point. There was something similar when they did a Soros didn’t pay us protest a couple of years ago. So more clean up operation perhaps?

Can i unbuckle yet or how are we looking now?

haha, the LARP is over, the grifters have made their money and a rake of Trump supporters have wasted their energy and time.

I wonder what the next one will be, Alex Jones exploded during the Obama presidency, hes banned, same with all the Q stuff, its hard for anything wacky/fun to get traction with how censored/sanitised the “mainstream” internet is.

There is not the same level of funding available from the non mainstream sites such as Gab, parler etc to fund guerilla opposition to Democrat rule

There was quiet a serious riot in Portland. Serious damage to a bunch of buildings including the state Democratic Party HQ. There was a small rolling riot downtown in Seattle but as so many buildings are now boarded up relatively little damage.

Hours after President Joe Biden was sworn into office and implored the nation to come together, dozens of protesters gathered Wednesday afternoon in Seattle's Occidental Park for a tense demonstration that included a march through downtown in which a... 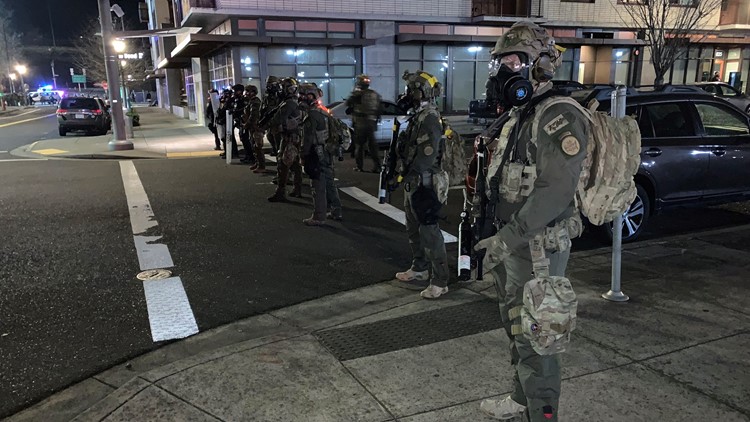 Police say a group of about 150 protesters carrying anti-Biden and anti-police signs marched in Portland streets and damaged the headquarters of the Democratic Party of Oregon.

The riots in Portland have been almost nightly for months.

Almost zero national coverage. Now a bunch of Trump supporters or anti-lockdown demonstrators show up at the state capitol and make a lot of noise and it makes the national news.

@jmc what are the odds dated 13th Jan, but released 20th?

5 posts were merged into an existing topic: The Story of Conspiracy.

I guess people can not wrap their heads around what a massive information war is or looks like, and after all these years.

People can, quite easily. They are also very adept at separating reality and facts from conjecture & bullshit. I have already posted on here that’s its a deep, deep rabbit hole some people happily burrow into when they it suits their personal circumstances, they believe what they want to believe.

Politics is a dirty game and the Americans play it the hardest. Its a winner takes all system. There is nobody more irrelevant than the guy who looses the election. That’s where Trump is now. He knows it, the GOP know it, he advisors know it and most of his supporters know it. Finally, the base that he lied to are realising it. He used them for his own benefit and it hurts. Unfortunately for them, they will be used again - most likely by the Dems this time. Watch Arizona and Texas turn Blue very shortly. It will be on the back of another set of broken promises.

The first rule of using someone is never them know that your using them.

SoMe bubbles and confirmation bias are very real and very influential. Logically a lot of groupthink can be attributed to that. Humans attribute patterns to everything, even random events.

But then I go and see this type of thing… it’s an incredibly distinctive, specific and odd choice for an event of this nature, no? An inauguration that’s unusual enough already, and with more National Guard troups than guests present? Unless she did just wear it to troll the h*** out of people…

Getting lynched could well be one of her sex fantasies

And now for the inevitable “The Simpsons predicted this!!!” pictures… again maybe just trolling or playing to expectations 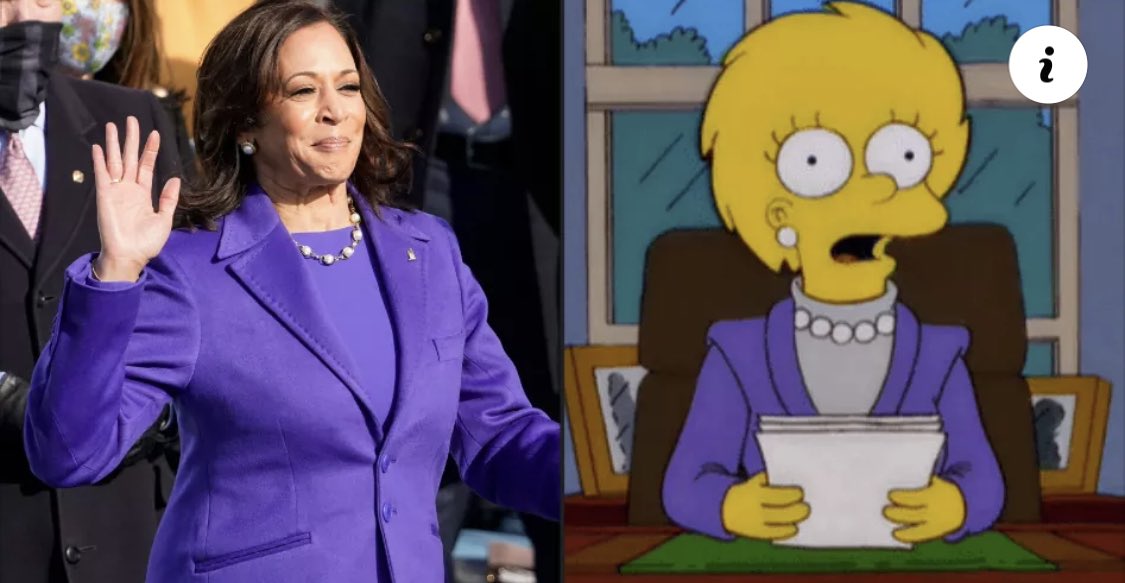 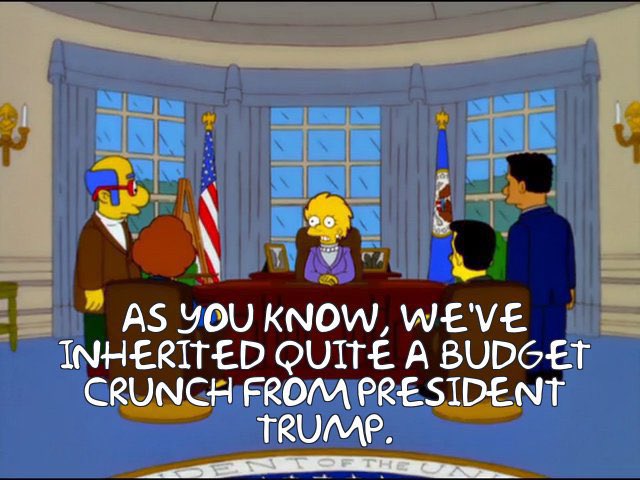 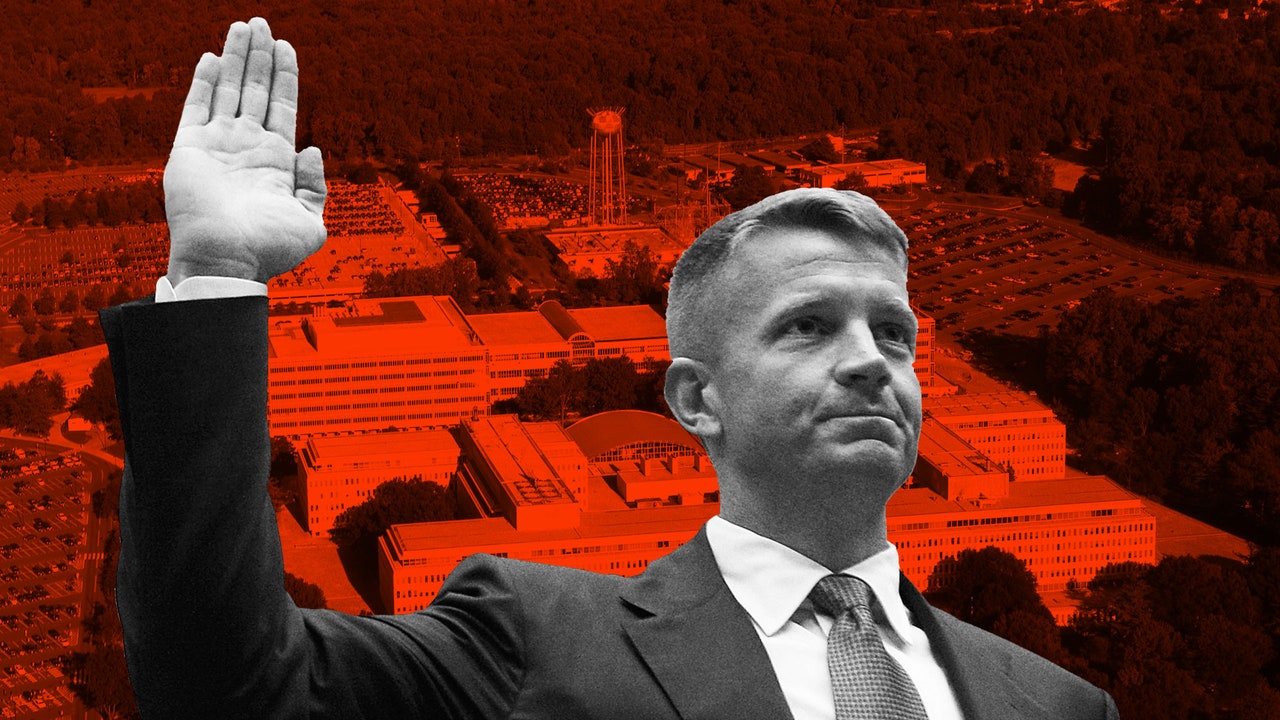 Have You Heard the One About the Clinton-Soros Plot to Overthrow Trump?

Across Washington, the sort of Internet stories that were once laughed at are finding powerful proponents. Why are Erik Prince and other self-proclaimed "nationalists" in Trump's orbit so enamored with a conspiratorial worldview? Ben Schreckinger...

“Prince himself recently endorsed a separate jaw-dropping theory about Soros: He suspects the magnate of trying to orchestrate an effort to sabotage the Trump administration through a so-called “Purple Revolution.” This campaign of resistance was purported to have begun in the moments right after the election, spurred along—supposedly—by Hillary Clinton and her husband, who each wore purple on stage as Clinton offered her concession speech in November 2016.”