Its a secure comms room. You need it to access secure networks. Its a requirement.

Think of it as any room with serious EMF shielding that can pass a thorough security screening.

Yea and so the story goes, the reason Hillary never gave a speech to hear loyal team on the night of Trump win (2016), with Podesta filling in for her, was because she was reputedly inside a SCIF with a few other key players having a collective WTF Pow Wow moment, if she was drunk or sober at the time, “what does it matter?”

Of the three, Bush most looks like an Indian chief in a suit

yes I know, I worked in one.
I just posted the link above for those who didn’t.

I always assumed they had at least a mobile scif follow him down there. Didn’t know about the bomb shelters…

This was retweeted by Don Jr

Trump’s “They’re not coming after me. They’re coming after you. I’m just in the way” meme hits different now! The Swamp is back in FULL control and the average American is back to getting SCREWED! 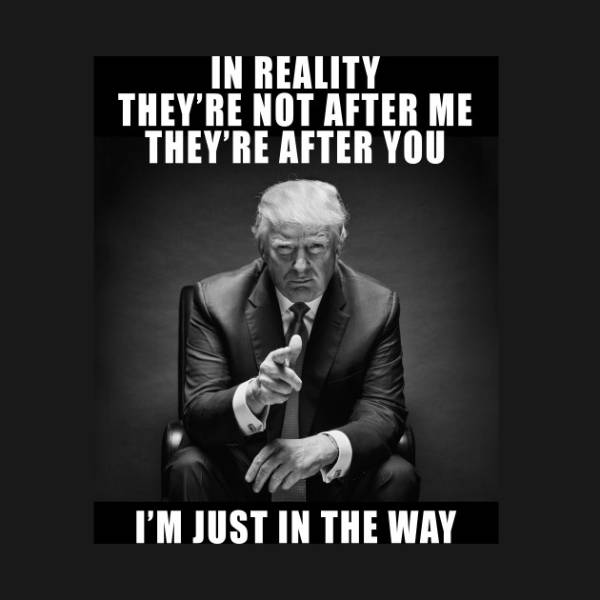 I don’t think there’s ever been a week with so much black propaganda and counter propaganda floating around on such a diverse range of subjects. Covid, vaccine efficacy, vaccine contracts, Navalny, Gamestop, Biden, Hillary

Just pour a cup of tea and savour it.

Pinot Grigio for me

ran out of Prosecco…

“We haven’t finished yet”

nothing about explosions in Iran?

DUBAI: An Iran-bound Turkish flight from Istanbul was diverted to Baku, as reports of sirens in and around parts of Tehran circulated on social media. The sirens were heard for several minutes in western Tehran, according to reports, as the Turkish...

Why are troops remaining in DC?
1 POV.

Thats it in a nutshell.

The earlier video was just pure political theater. For a photo op. Those NG were there for show. They had no magazines either in the rifles or in their uniform pockets or belts. The were unarmed in effect. That Captain who was walking down the line was doing a parade ground inspection. All for show. Those guys in the video are not the same as the guys doing traffic stops in DC last week. It looks like the Virginia National Guard unit picked the most professional looking people they had and put them out front for the photo op. Not like the slobs doing the traffic stops.

The fat cop was interesting. He was as nervous as hell. Looking at the other cops on the line it looks to me that none of the front line regulars you would normally see if they expected trouble wanted the shift so it was left to the losers and or those on the station shit list.

It looks like the Dems have painted themselves into a lose/lose corner. The 20% hard core crazed Dem supporters are just foaming at the mouth at what is going on but the optics are just catastrophic from the point of view of the other 80%. The Democratic party now finds in a position that has not happened in 150 years. Half the country believes the election was outright stolen. And it seems the Dems do too. If they thought it was a legitimate win they would be acting very different. They have a weak and borderline senile President. A very weak VP and Speaker who has lost her marbles and now rambles all the time.

Add to that the almost everyone with guns and who knows how to use them thinks they are either illegitimate or their professional enemy. They have little support in the military and the police forces across the country rightly considers them the enemy.

Then you have a huge armed civilian population and Biden and the people around him saying on multiple occasions that he wants to register and tax ($400 per gun) all legally held weapons. The reason is pretty simple. Gun control lobby groups raise huge amount of money ($100M+) every year and it all goes to Democrats. The highest crime cities already have ultra strict gun control and the majority of murderers are committed by those who cannot legally own guns. The Dems obsession with gun control is all about lobby money, not reducing gun crime.

By this stage the Democratic Party in Congress is as unhinged and detached from reality as it was in 1859. They keep trying to pick a fight with a much stronger adversary who would absolutely crush them if push came to shove.

I think part of their hysteria is also driven by the fact they now realize that the catastrophic state of the big state economies, all Democratic party machine strongholds, which will create an avalanche of terrible news in the coming year. All on their watch. California is looking at its worst economic collapse since the 1890s’ Which was much worse than the Great Depression. As for NYC, even Mayor Lindsey never fucked up the city this badly. So again a 1890’s situation. Which was much worse than the Great Depression in NYC but lasted a shorter time.

The Dems obsession with gun control is all about lobby money, not reducing gun crime.

There’s a lot going on with their gun position.

The mass shootings invigorate it. ‘Why do you even need a gun?’ - When 2020 proved the police are not gonna come. They never acknowledge their own Liberal Left role in deconstructing societal norms and increasing all gun violence, including mass shootings.

They instinctively understand that an armed society is immensely more difficult to inflict their Trotskyite games on.

I know there are gun toting women but gun culture also acts as an accelerant for masculinity. Even in the absence of an NRA or any organizing force, gun owning Tranny allies would be rare.

They simply must attack gun ownership. The Dem social project would require it.

Can’t see Americans ever giving up their guns.

Can’t see Americans ever giving up their guns.

They don’t need to succeed. They just need to feel better about the gun violence that their own social programs created. Its an anti anxiety anti depressant thing.

It could well be a controlled opposition thing too. Let the Republicans fret over taxes and guns while we deconstruct everything else.