Interesting… this is the new Jason Miller platform, that there have been some rumours about (is funded by Bannon-Guo, may have an insecure user database, unable to remove app). I’m in the wait and see camp. But this… could be interesting

#CCP Vows to Nuke #Japan if Japan defends #Taiwan. As Japan is the only country that has been nuked, so nuking Japan “will get twice the result with half the effort.”

"You must not make for yourself an idol of any kind or an image of anything in the heavens or on the earth or in the sea." - Exodus 20:4 (NLT) 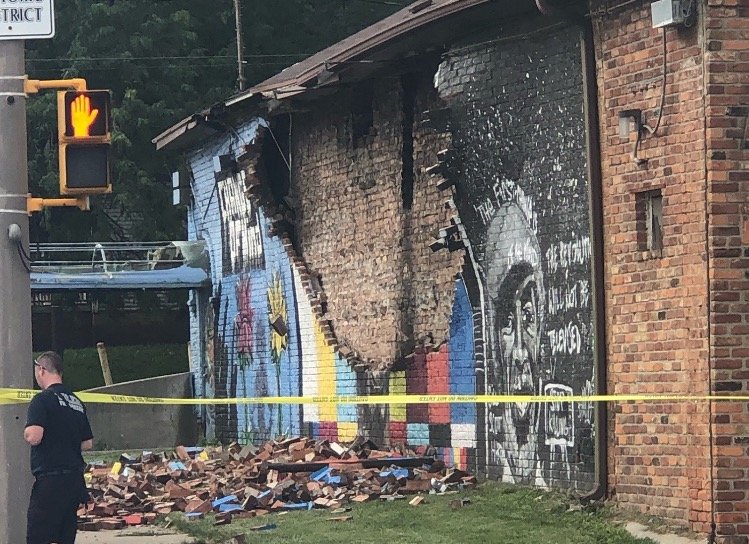 Who are we to judge eh.

Floods in DC. In Germany.

Seriously. Odin’s eye and f***ing Sauron will be watching us now??? I was going to ask who in hell thinks of these names, but that feels a bit close to the bone… 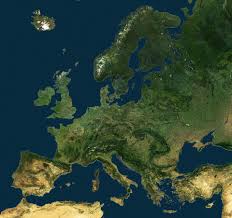 Paris, 1 July 2021. - The European Commission has selected ArianeGroup to participate in three space

Ed Buck was on trial in Los Angeles on nine felony counts, including two counts of distribution of controlled substances resulting in death, stemming from the overdose deaths of two men.

The verdict came on the first day of jury deliberations in the case, in which Buck was charged with nine felony counts, including two counts of distribution of controlled substances resulting in death.

Each of the two charges carry 20-year mandatory minimums. Details about a sentencing date were not immediately available.

The Ed Buck story is much much worse than that news story implies. Buck was a vicious sexual predator for many decades. I probably first heard the stories about 30 years ago but did not pay much attention as its a given that any high profile gay political activist who pulls media stunts like Buck did is a vicious predatory psychopath. That always been an 100% iron clad rule in San Francisco.

Buck was the prime force in the LA Stonewall Democratic Club which has been at the center of the gay political mafia for many decades and has been a dominant force in LA Democratic politics since organized labor collapsed in the region in the 1990’s. When most industry left the area. You have a better chance of surviving intact a run in with the LA narcos than with Stonewall people. They will try to destroy totally anyone who crosses them. Which is why journalists went quite on the scandals after the 1980’s. The Scientologists are nice and fluffy in comparison with these people.

Buck was at the center of a group of senior Dem pols such as Adam Schiff, either gay or bought with Bucks money, who knew and covered up Bucks long history of vicious physical abuse and murder. There are various stories of how long Buck had been killing or trying to kill rough trade or street junkies but almost two decades sounds about right. The only reasons the latest killings came to trial is because the usual string pulling and coverup by his friends was botched. No other reason. If the cover up had happened like all the others in the past the bodies would have just been dumped somewhere like the High Desert and that would have been the end of it.

Bucks usual method of abuse was to pick up groups of young men to party. The wannabes, the street hustlers, rough trade etc. There would be a big party with endless drugs etc but as the night progressed Buck and his side kicks would identify the victims. Young men with no local ties etc or street trash. People who could be abused any way Buck wanted and then disposed of if they caused trouble. Or in recent times. Just tortured to death by being given a very deliberate overdose and then the body dumped somewhere Buck and his friends really got off on watching people die in great suffering.

And for the people who survived the abuse and tried to “cause trouble”. Bucks political and gay friends in power took care of that. And if the victims did not get the message. They disappeared.

No one knows exactly how many men Buck murdered or had murdered. But at least 10 to 15 looks like a good starting point.

Prosecutors said Buck exploited vulnerable, primarily Black men by paying them to come to his home, use drugs, then engage in sex play to satisfy a fetish.

“Buck breaking” as it seems to be called. Is this why Ed Buck changed his name ? Don’t rule it out, these fetish guys are monsters

Buck Breaking is a 2021 documentary, directed by Tariq Nasheed. A black buck was a slang term for an unruly male slave, and breaking a buck meant using forced sexual intercourse to punish them. It is claimed that the practice of “buck breaking” eventually became so popular, that specialized “sex farms” were created, and that “African slaves were bred just for the purpose of being raped by their white masters”.[2] Tariq added the claim that the emasculation of black men was transferred to their DNAs, and this is the cause of higher rates of homosexuality/transgenderism in black people.[3]

“Buck Breaking” is a complete and total fabrication. Like all of the “Black Slave Abuse” narratives. There is more than enough genuine documentation of terrible physical abuse of slaves by a small minority of owners pre 1863 without utterly fraudulent garbage like this being invented.

It could be a total fabrication as well as being a fetish for some perverts.

Both could be untrue too.

IMO, these stores are simplified and distorted versions of the aspects of reality that people would prefer not to think about.

Yeah that’s true though. He even changed his name to match his kink.

A timely reminder or a PREPARE signal for assets and operatives appearing in the MSM and/or a soft revelation of the method? The MSM are like the fringe of 20 years ago, it’s like the 90’s fringe internet populates the daily headlines.

Ireland among ‘top five nations’ to survive collapse of civilisation

“Buck Breaking” is a complete and total fabrication. Like all of the “Black Slave Abuse” narratives. There is more than enough genuine documentation of terrible physical abuse of slaves by a small minority of owners pre 1863 without utterly fraudulent garbage like this being invented.

I was reading that snippet and thinking the same thing, that’s a bit far out, worth more for their labour that kinky humanoid sex bot slaves… I mean it’s like Biden said that people thinks he suck babies blood or something, next it will be he grows babies in farms to have a fresh supply of babies to suck their blood.

Anyhoo, I’m only leaving this tangent in here because it has the world “Buck” in it… Back on topic!

IT reporting on it too.

A whole bunch of people with what used to be called Ecology degrees.

So basically the people who could not get into the Sociology Dept.