The final results are not in. That is mostly postal ballots. Based on a quick look at just the country voting patterns at least 400K / 500K of the 5.8M of Newsom vote looks fraudulent. Some counties love Newsom more than they loved Obama. I dont think so.

The country level voting pattern is as expected. In those counties with a low probability of fraudulent votes Newsome got 55% or less. And lost quite a few counties. The counties with a long tradition of voter fraud were solid Newsom. Although Alameda county results are just straight bizarre. Someone stuffed way too many ballots.

So Newsom probably got over the 50%. Just. My guess is 52/48. But a huge amount of out of state money was spent to make that happen. The Democratic Party could not have a self made black man who grew up in a not great part of LA who has all the wrong opinions defeat a very wealthy white man who has always had everything handed to him and who is nothing more than a Party machine sock puppet. The last thing the Dem Party needs right now is uppity blacks who dont know their place.

Evacuations preparations being reviewed / dusted off, something like that. Quake swarms have been ongoing for a couple of weeks. 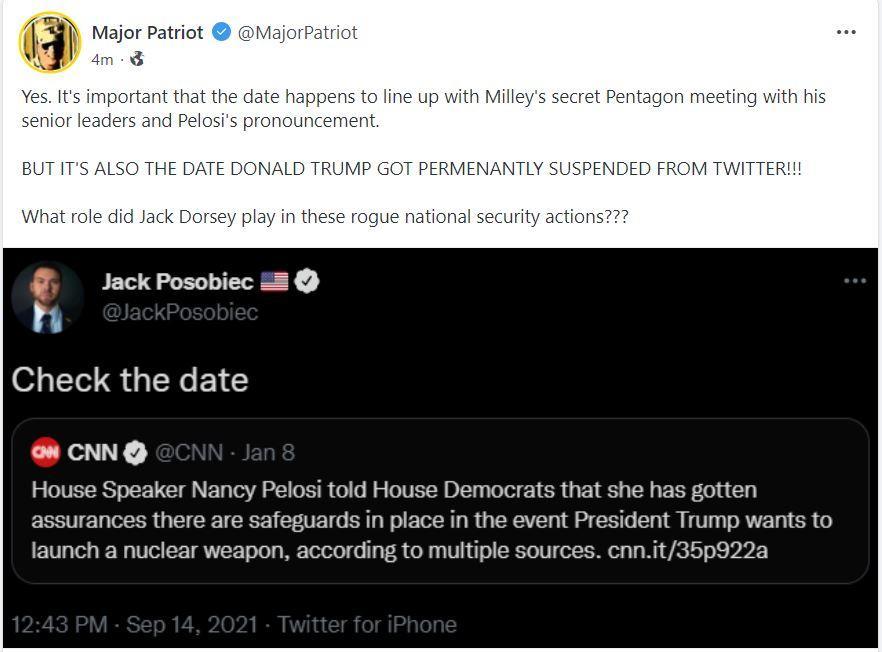 So the guy organizing the “rally” in DC looks like his pre 2016 internet history has been wiped. Even though he ran a business since 2005. And even published at least one book. So looks like a TLA guy.

All the chatter for weeks has been its a false flag set up. Then we had the bizarre guy a few days ago in DC who is supposedly from Cal and drove all the way across the country with his car covered in swastikas and no license plate. Well unless he started at the Nevada state line he would not have got 20 miles in CA before the CHP pulled him over. So looks like one of the false flag operatives got the start date wrong.

Now we have both Stone and Trump saying its a set up. So given just how incompetent the whole false flag “Justice for J6” op has been the last few weeks this must be a FBI lead false flag op. No one else could this fucking incompetent. If you have been following the Michigan Gov “Kidnap Plot” you will know just how head shakingly incompetent the FBI are.

That “Tech Executive” and the Hillary Clinton Campaign are now possible targets. The critical question is whether or not Sussmann was acting on his own. The indictment states he was acting at the behest of the Tech Executive and Hillary. It would be prosecutorial incompetence if they had not already be interviewed and evidence collected against them.

Paragraph 6 of the indictment gives a strong indication of how Durham and this team view Sussmann’s lie:

Had the FBI uncovered the origins of the relevant data and analysis, and as alleged below, it might have learned, among other things , that ( i ) in compiling and analyzing the Russian Bank- 1 allegations, Tech Executive- 1 had exploited his access to non-public data at multiple Internet companies to conduct opposition research concerning Trump; ( ii) in furtherance of these efforts, Tech Executive- 1 had enlisted, and was continuing to enlist, the assistance of researchers at a U.S.-based university who were receiving and analyzing Internet data in connection with a pending federal government cybersecurity research contract ; and ( ) SUSSMANN , Tech Executive, and Law Firm- 1 had coordinated, and were continuing to coordinate, with representatives and agents of the Clinton Campaign with regard to the data and written materials
that SUSSMANN gave to the FBI and the media. 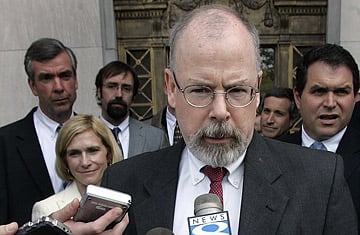 Indictment Shows that John Durham Is Going After More People than Michael...

Let me start by acknowledging the legitimate skepticism of many Gateway Pundit commentators that any justice will come out of John Durham’s work. You have been promised the moon in the past and instead received a flaming bag of dog poop. But let’s...

Eric is an odd fish. Generally heard good things about him at Sun. Although when the comparison was with people like MacNealy and Khosna that is setting the bar very low. It was Eric who decided early on Google was an advertising company not a tech company. Which is why they have done so well. All the competitors though they were tech companies. Which is why they failed. As for Eric getting indicted, would not surprise me either. 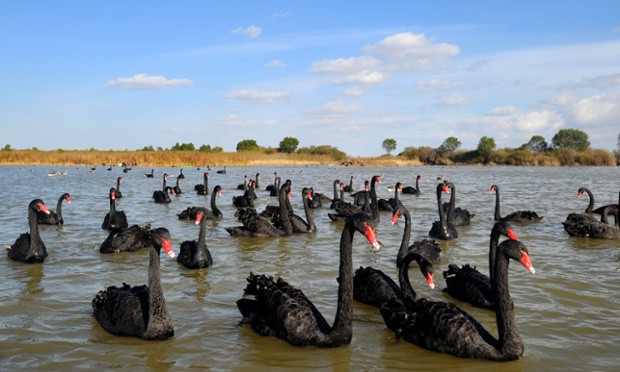 Looked like a fun day out at the rally. 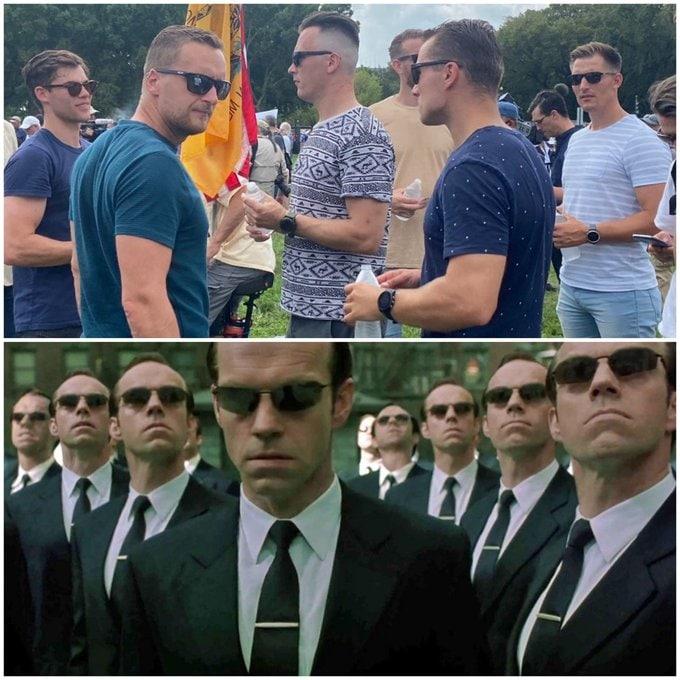 Have you seen pic of the swan boats?

@jmc what do you make of the top picture ?
Surely hand picked from a military or intelligence academy senior year class ?

“The indictment removes the identity of key actors like a “Tech Executive” who used his connections with an Internet company to help the Clinton campaign (and said he was promised a top cyber security position in the widely anticipated Clinton Administration).”

I wonder who in the world it could be. It’s baffling.

The Atlantic's Franklin Foer Allegedly Identified As "Reporter-2" In The...

The next question is who is the “Tech executive”?

Well they all look dot MIL but more importantly they all look like O’s not E’s. Serving Officers not Enlisted. Would look totally out of place at a usual MAGA event as only retired O’s would even think of going to any kind of high profile event. Especially in DC. As so many caught up in the Jan 7 sweep by the Feds are de facto political prisoners by this stage. In solitary confinement, no bail, for trespass and taking selfies.

Absolutely no legit person was there. Except to take photos of the Feds. Or as rubber-neckers. This event was recognized as a false flag setup from the moment it was publicized about a month or so ago. By very political active MAGA people who were approached by the “organizers”. After getting hijacked by the false flag operation on Jan 6, the mystery people who initially broke the police perimeter and who were the crowd a.p’s until the building was breached (when they all melted away) it was not going to happen again. There have been plenty of support rallies over the months but all organized well away from where a false flag could be carried out.

Which is why you have the Fed’s doing stupid stuff like this DC farce. They are desperate. The probably false flag Boulder shooting did not work out the way they expected. I really dont know what the field agents thought they were doing. But after what is starting to come out in the Michigan Gov “kidnap” story the only conclusion is that these people and really stupid. So very dangerous.

Everyone who knows what they are doing on the Anti-Biden side has gone gray. Just waiting until the right time. As I said before the irresponsible stupidity of the Dem Party at the moment is just like in 1860. Its like a mangy weasel that keeps prodding and taunting a grizzly bear who just wants to be left alone. Sooner or later…

There are a very large number of people who honed their skills on the hajji over the last two decades who are just itching to set up a SAW and deal with the Antifa rioters in places like Portland. Who are little more than the Demo Party SA by this stage. With these guys its some careful shooting, a lot of bodies, and then disappear. When you start seeing incidents like those you will know the false flags have stopped and its really kicked off.

But given how quickly the Biden administration is imploding cooler heads are just in wait and see mode. More time to shape the battlefield.

Here’s a pic with their shorts

Nearly as nice as these bracelets. Not sure if this is from yesterday though. 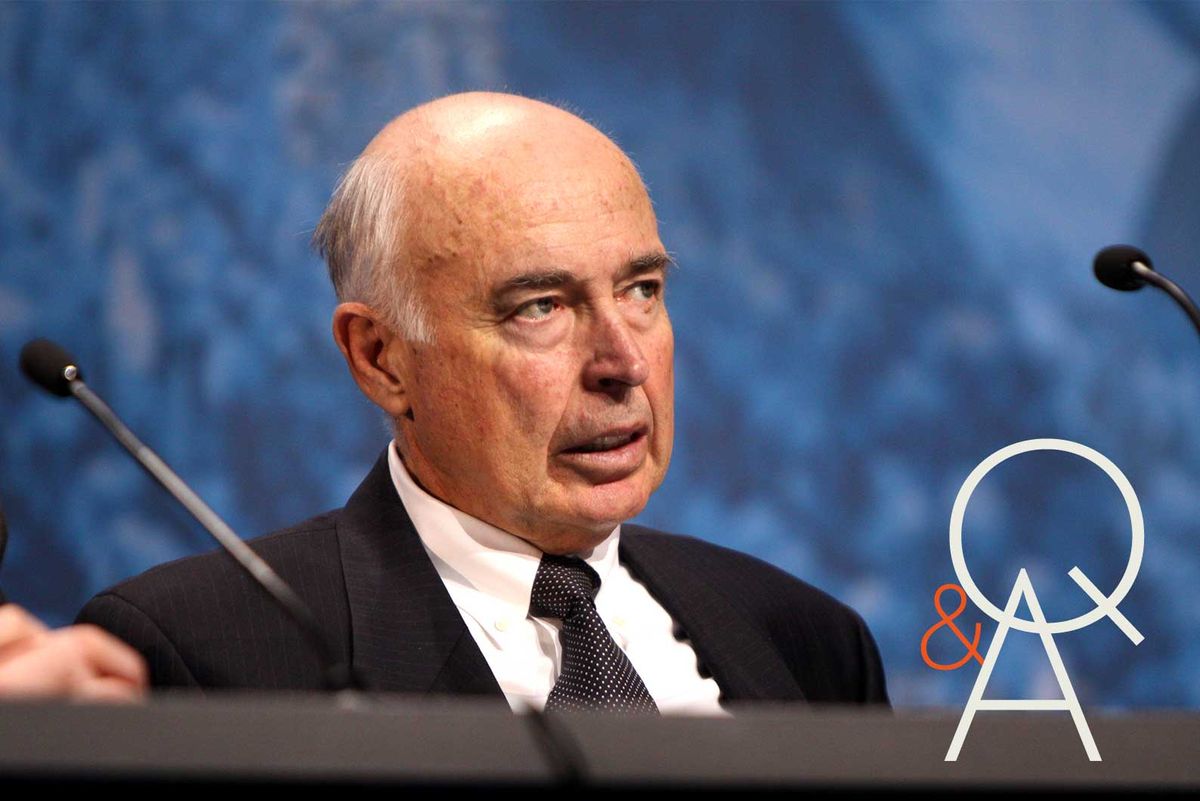 No one runs America. That’s the terror and the beauty of American life in a nutshell, the answer to the secret of how 300 million people from many different places can live together between two oceans, sharing a future-oriented outlook that...

One of the things that struck me about your original piece was your portrait of the American elite as a single class that seamlessly spans both the Democratic and Republican parties.

Of course, yes. Not in exactly the same way, though; what I said was that the Democrats were the senior partners in the ruling class. The Republicans are the junior partners.

The reason being that the American ruling class was built by or under the Democratic Party. First, under Woodrow Wilson and then later under Franklin Roosevelt. It was a ruling class that prized above all its intellectual superiority over the ruled. And that saw itself as the natural carriers of scientific knowledge, as the class that was naturally best able to run society and was therefore entitled to run society.