How is Bill Clinton these days, out of the Hospital yet?

PMs up / Cryptos Down… nearly all red.

So is this the Chinese destroying the ‘too big to fail’ narrative by way of displaying more of a devotion to genuine capitalism than the fakesters in this part of the world?

Or is this the Chinese deliberately trying to scuttle the wider western financial system?

Who is the actor playing the wicked Witch of the Whest?

“Tip Of The Spear” or the Feds playing games again?

Operators, Brothers and Sisters, As you know, our country is under attack and the unconventional warfare tactics being executed against us have escalated to a breaking point. As we have made clear in our previous statements and videos, we know that...

The court ruled that Cyber Ninjas is subject to public records requests. As a result we’ve received a number of additional requests today.

This should theoretically mean that any government contractor in AZ could potentially also be subject to public records. Now’s the time to send out your requests

Now that the courts have set precedent by deciding that private companies can be FOIAd for government contracting work, we need to start filing FOIA requests to get answers.

One had seen video of one of these blasts at the time but not the other nine! 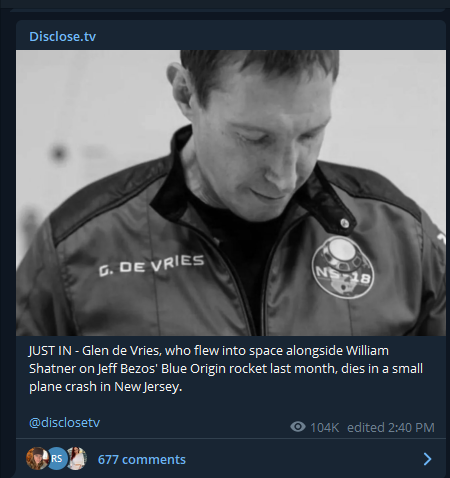 The head of that company with deep WEF involvement Olivier Dassault was killed in a helicopter crash back in March; when fellow Davos man and billionaire Petr Kellner died the same way a couple of weeks later there was a lot of conspiracy conjecture…

It could be the retirement of the Actor for another hidden project. Like Kurt Cobain, Cantrell from Soundgarden, Kobe Bryant… “Space” project requires trusted participants.

Meanwhile you look away form the terminal for a bit and then you turn your head back and see, well, is it goin’ all precipitous n’shit, where to start…

Cornell from Soundgarden. Jerry Cantrell from Alice in Chains is still gigging away.

I believe the menace is preparing for something but it does not know when it is coming, but even now it can not move faster than this, and not perfectly equally across all it’s captured colonies - Therefore, we are at maybe the most dangerous point yet in this WAR and I expect, this is the harder phase or the beginning of the harder phase, because the Menace hand was forced to roll out it’s plan in a far shorter time frame than ever envisaged.

Think about it, pushing 3 shots into people in under less a year, in some cases in less than half a year. No one believed it in 2020, I guess they really did have to see to believe.

Then the timing of this “Call To Action”, having being released on 4 days ago, does not look to be merely coincidental.

APPEAL FOR AN ANTI-GLOBALIST ALLIANCE

FOR TWO YEARS NOW we have been witnessing a global coup d’état, in which a financial and ideological elite has succeeded in seizing control of part of national governments, public and private institutions, the media, the judiciary, politicians and religious leaders. All of these, withoutdistinction, have become enslaved to these new masters who ensure power,money and social affirmation to their accomplices. Fundamental rights, whichup until yesterday were presented as inviolable, have been trampled underfoot in the name of an emergency: today a health emergency, tomorrow an ecological emergency, and after that an internet emergency.

This global coup d’état deprives citizens of any possibility of defense, sincethe legislative, executive, and judicial powers are complicit in the violation of law, justice, and the purpose for which they exist. It is a global coup d’état because this criminal attack against citizens extends to the whole world, withvery rare exceptions. It is a world war, where the enemies are all of us, eventhose who unwittingly have not yet understood the significance of what ishappening. It is a war fought not with weapons but with illegitimate rules,wicked economic policies, and intolerable limitations of natural rights. 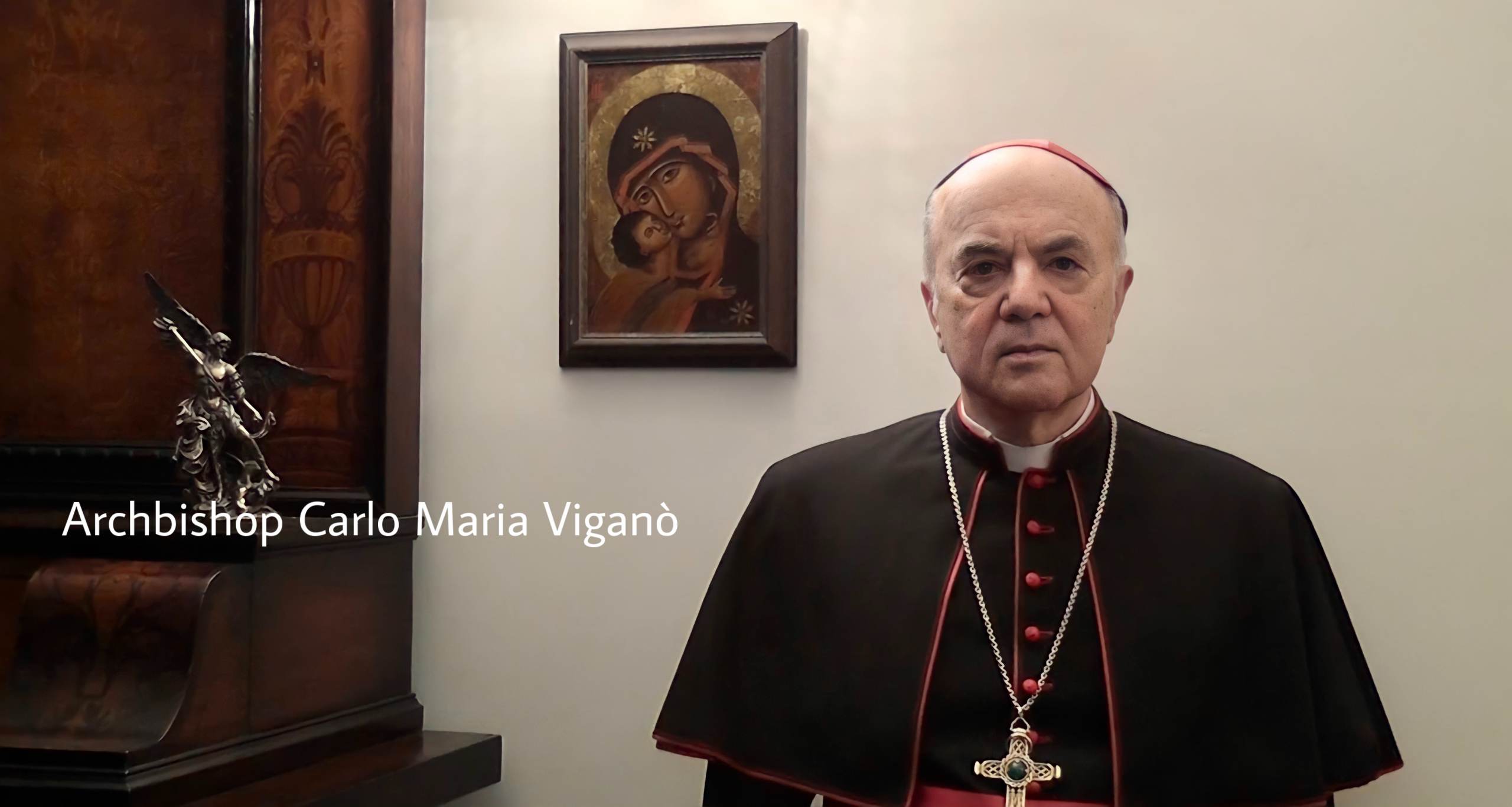 Archbishop Carlo Maria Viganò appealed to Catholics, Christians, and people of Faith to unite against the dark forces of globalism.  Archbishop Viganò sent The Gateway Pundit his video and Appeal for an Anti-Globalist Alliance. Please watch his...