Video of firefighters etc. talking about the collapse…

Could it be so?

Our latest research in 2009 has brought us to a series of remarkable discoveries in the collection of victim stories. What began as an insightful look at theCNN.com 9/11 Victim Memorial , the original source of the death reports, turned into realization after realization that the entire body of victims - from the airplanes, to the Pentagon, to the World Trade Center - had all been created at the same time by an “identity generating” software program which creates ‘digital’ people with (oft improbable) fictitious names. Anyone armed with a little patience and a discerning attitude should be able to realize that the CNN Victim Memorial is a preposterous list of counterfeit identities. As a result, the full extent of the 9/11 simulation - heroes, victims and villains - is revealed as the absurd, fabricated drama that it is.

What I admire a lot about Deep State Ops like 9/11 is that the actors they deploy to pretend to be family and friends of the fake victims and witnesses to the fake incidents are the polar opposite of the unstable, unreliable acting class we see in Hollywood.
These ones are robust, loyal, reliable and never break off the plan. Certainly they never end up in rehab blabbing their mouths off.

Tania Head was actually a Spanish woman whose real name was Alicia Esteve Head. She was born on July 31, 1973, and was born into a prominent Spanish family. Her family had apparently been part a financial scam where her father and brother both had to serve time in prison. At the time of the World Trade Center attacks, she was actually attending Business school in the University of Barcelona. So how did she become such a leading persona for the 9/11 attacks?

She went on her first trip ever to North America in 2003, along with her mother. In 2004, she ended up becoming part of the WTCSN after she had created an Internet group for the World Trade Center 9/11 survivors. The president of WTCSN, Gerry Bogacz, and Tania Head had been emailing back and forth before they ended up uniting the two groups. Tania would even go on to donate money to the group, manage to be granted access to Ground Zero, as well as gain funding for survivors, all the while actually being a ‘fake’ survivor. 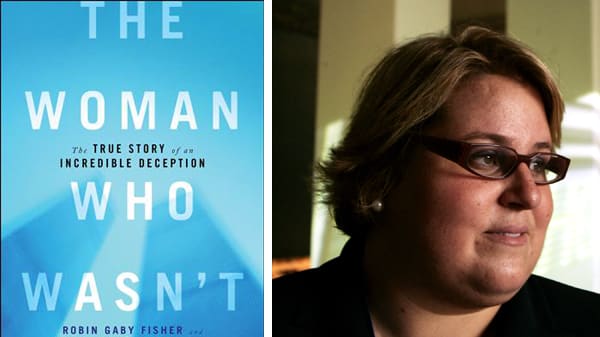 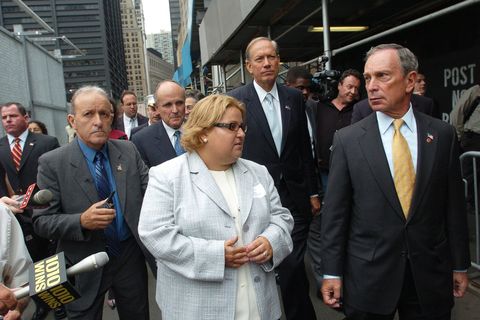 Just like Dallas '63 the 9/11 attack was done by the guys who did it. And just like Dallas '63 there was a very large number of other conspiracies going on at the time which had no direct links with the actual attacks to give immense material to the “evidence finders” for conspiracy theories in decades to come. Those other conspiracies were real and ongoing, they just did have any real bearing on execution of the actual attack.

With Oswald the cover up was the fact that he was an open Communist who was so unstable that the KGB refused to deal with him. The KGB though he was a CIA spy. The CIA made attempts to use him but he was so unstable they thought he was some kind of Soviet XX operation. Of course when the shit hit the fan everyone on both sides tried to cover up everything. Given how close to nuclear war they had come the year before.

As for Jack Ruby, he solved a lot of problems for a lot of people so that was a straight CYA operation. Dont want too many people outside the various agencies asking too many questions. Like they did 10 years later during the Church Committee hearings… It was nt our op. But there is all the other embarrassing stuff we want to keep buried.

Nothing nefarious, just government bureaucracies doing what they always do. In all counties. The CYA cover up.

And the big cover up from 9/11 is Bill Clintons direct involvement in breaking the intelligence chain that would have disrupted the 4 plane operation. The Church Committee in 1975 was a very deal at the time and Baby Boomers like Clinton were outraged that intelligence agencies could collect information on people in the US. One of the recommendations made by Frank Church was to make it illegal for the FBI and other domestic agencies to share and use intelligence from the foreign agencies like the CIA and NSA.

This recommendation was rejected by Ford, by Carer, by Regan, by Bush Snr but when Clinton was elected he made sure the Church Committee recommendation to stop any intelligence sharing on domestic targets was passed into law. In 1994.

Why do you think the Clinton people put such a huge effort into suppressing the ABC Path to 9/11 mini series from 2006? Because it came closest in the MSM to connecting in the dots in an accessible form. Back to Clinton breaking the intel sharing chain in 1994.

Now if you want real conspiracies forget 9/11, Ruby Ridge or Waco. The criminal incompetent German BND operation that lead to the Oklahoma bombing in 1993 is a much more interesting subject. Absolutely nothing about that bombing makes any sense until you realize that at least 1/4 of all the wider people involved were working for agencies both domestic and foreign and that the key player was the psychopath fantasist who was being run by the BND. Now the cover up by the US agencies of their direct and indirect involvement in that atrocity is an actual proper conspiracy. But of no interest to the Conspiracy Theory people it seems except for the “mystery middle easterners” disinfo garbage.

Real life is far more complex and obtuse than the world of Conspiracy Theory people. In very strange ways. Frank Church and his preening self righteous narcissism set the ball rolling for 9/11 back in 1975. In the same way that a rather weak and ineffectual Canadian Prime Minister in 1925 set the ball rolling for the Attack on Pearl Harbor in '41. The event chain that leads to catastrophes is never neat and clean. And rarely plausible on first inspection. But thats how history plays out. Messy, irrational, and most implausible. BUt thats how it works.

“And then the surgical intervention in the World Trade Center in New York City. Everything top secret and illegal of course. In days of conspiratorial work, somewhere on the 148th floor and using building site refuse they had tediously smuggled into the building under their pullovers, they constructed a functioning load-bearing balcony. In a long complicated process they scratched putty from the tall heavy window, which couldn’t be opened. Then they extracted it using suction pads, shunted the balcony out, posed on it at 6 in the morning and had themselves photographed there from a helicopter for their nearest and dearest back home. They kept very mum about it all, because if word had crept out about their coup they could have been fined very heavily for sabotaging a national treasure. Even if it was built by the Japanese. Incidentally, as proof that they were there, there is now a piece of old chewing gum stuck to the outside of the building at a dizzy height.” (Tex Rubinowitz)

Unfortunately, he is still the Spinning Ball pusher, but he’s getting closer to the point.

OW… kind of didn’t know where to stick it but it is very important topic. Basically the houses we live in are killing and draining us.