It’s funny…most of the Outragerati are white liberal types…
Whoopi Goldberg has come out in his defence and there are pics of him being surrounded and hugged by black people after his Good Morning America appearance.

dailymail.co.uk/tvshowbiz/a … iggot.html
I’ve known him a pretty long time, I think I would have recognised, I’ve been around a lot of real bigots. I can say this man is not one.
‘You can’t be surprised that somebody whose loved one is attacked is angry and wants to go out and attack.’

Is it just me or is there a bit of a sense that people are getting sick of this trend toward Puritanical outrage on the part of the usual suspects.

Any comments I’ve seen or heard have been along the line so of ‘who gives a fuck what Liam Neeson thought for a few days 40 years ago?’

Yeah, without a doubt…Ben Shapiro puts it quite eloquently here:
youtube.com/watch?v=2BjxNbUOmEk

Thoughtful piece by John Barnes in the Guardian today

theguardian.com/commentisfr … ias-racism
I have been accused of being an apologist for a racist, but let me start off by saying that I’m sure that Neeson is as unconsciously racially biased as the next person. Myself included. This is perfectly understandable when you consider the value and worth ascribed to different groups by our society. This is deeply ingrained in our history, literature, news reporting and beyond – whether it’s Muslim grooming gangs, Nigerian conmen or Jamaican drug dealers.

It was quite possibly a hoax or trolling incident. But The rage on twitter about it says a lot.

I anticipate a bit of a Twitter push for this message

“Well good. Forty years ago Cleese’s opponents actually wore clerical frocks. Today, they might as well. Forty years ago they talked of “heresy” and “blasphemy”. Today, they talk about “diversity” and its “celebration”. They are the same breed, these opponents. Always scolding. Always unamusing. Always hypocritical. What a glorious sight it is to see that while the clerical class has entirely changed over the last 40 years, John Cleese has not.”

The latest auld lad fired in this great tolerant society.

George Galloway says he has been sacked by TalkRadio after comments he made about Liverpool’s Champions League win over Tottenham Hotspur.

“Congratulations to the great people of Liverpool to the memory of the socialist miner Bill Shankley to the fallen 96 to those who fought justice for them and to the Liverpool dockers. No Israel flags on the Cup!” Mr Galloway tweeted on Saturday after Liverpool 2-0 victory over the London club.

Tottenham, which is perceived to have many Jewish fans, accused Mr Galloway of “blatant antisemitism”.

On Monday, Mr Galloway announced his sacking and suggested he would sue the radio station.

TalkRadio, which is owned by media mogul Rupert Murdoch’s News Corp, tweeted on Monday it had terminated Mr Galloway’s show, Mother of All Talkshows , “with immediate effect”.

“As a fair and balanced news provider, TalkRadio does not tolerate antisemitic views,” the broadcaster said.

In a statement to Sky Sports News over the weekend, Tottenham said: “It’s astounding in this day and age to read such blatant antisemitism published on a social platform by someone who is still afforded air time on a radio station on which he has previously broken broadcast impartiality rules.”

Although back in April it seemed to be perfectly acceptable for the Telegraph to discuss the ‘shared Jewish identity’ between Ajax and Tottenham:

I think the point would be that jewish/zionist/israeli aren’t synonyms.

I think Cleese is an anti-Irish twat, but anyway.

Here is a link to an interesting article explaining Charles Taylor’s concept of “code fetishism” - and its opponents, who then become code fetishists themselves. This is the point you’re getting at I think. 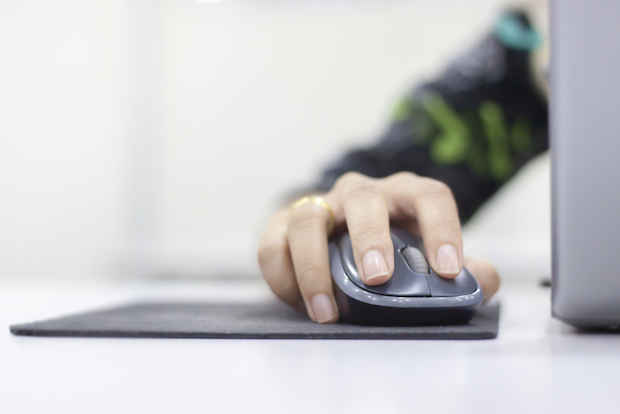 Our moral codes must not obscure the personhood of those around us. 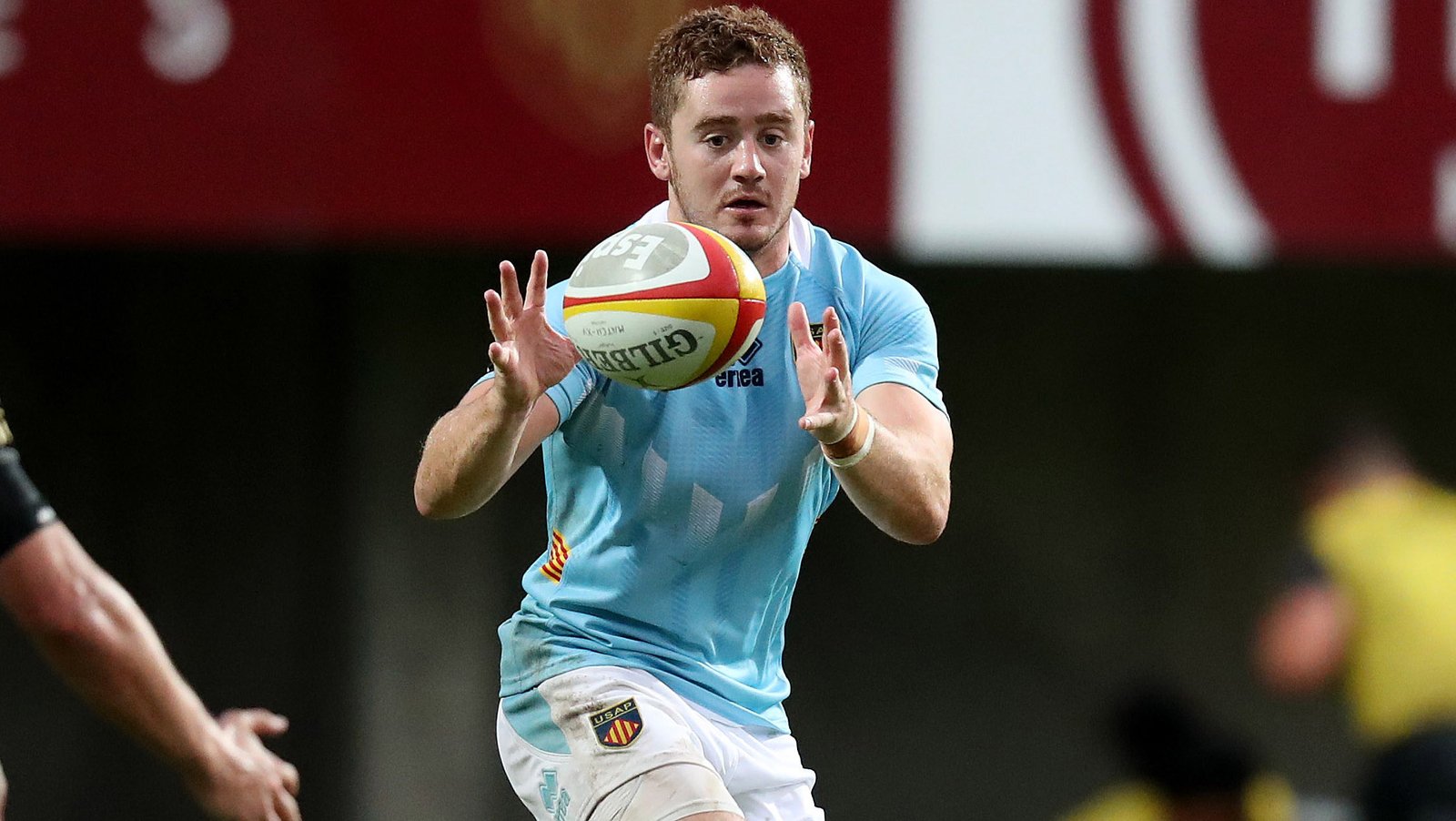 Diageo has said it has ended its sponsorship of English rugby club London Irish over its signing of Paddy Jackson.

Jackson and Olding were discussed at length on this thread. I think they deserved to be fired for their seediness and said so. And the behaviour in the aftermath by the group of friends was horrible.

If you think back to the pugnacious solicitor’s statement from Jackson, followed up by a more contrite one later and also Olding’s more conciliatory and smarter statement, it really makes you think. I think Olding would likewise caused Diageo to make this move had he joined London Irish.

This is an unproven rape allegation at the end of the day. Can you take someone’s livelihood away for that ?

you shouldnt be able to, but the rush for the moral high ground is a new phenomenon.

The irony of a drinks company pulling their sponsorship given their products are the fuel for most of the behavour they claim not to stand for.

also, as jackson is innocent of rape i presume this is a stand against the text messages. if thats the case there wont be a rugby club left in the country with a sponsor id have thought.

No ones taken his livelihood away, hes been playing in france and has just signed a huge new contract with London Irish.

Diageo dont want their brand associated with him, and they are probably a company who have a fair idea about brand image. Theyve made a clinical businss decision rather than the virtue signalling they are being accused of on twitter etc.

Paddy Jackson will earn about stg500k a year playing rugby with London Irish so save your tears.

Are Diageo pulling any deals they have with Leinster in light of the alleged drunken incidents in Cassidy’s a couple of weeks ago?
Did they pull any deals they had with Munster when Mike Tyson appeared in Thomond Park in 2012 for a meet and greet session? And Tyson has actually got a conviction!

UThe Irish Courts have a very clear concept of what “taking someone’s livelihood away” means. It means stopping someone making a living from their chosen profession IN THIS COUNTRY. The Court cannot say, ‘ah well sure the person can go abroad’

I’ve seen stories in the last 20 years of doctors lawyers and accountants and van drivers do the most outrageous things and the Court always has high reluctance to let their regulator stop them practicing their trade. The Rugby Regulator in Ireland has stopped them earning an appropriate living from it.

Furthermore, firing them for private texts only made public due to a criminal case is not bringing game into disrepute. These were not public comments. If private commentary is fair game then let’s have s full review of every whatsapp by every player ever.

He…he is earning his living in his own country.

The irish courts have nothing to do with it.

What is the rugby regulator in Ireland? Are you sure you know what youre talking about here?

Queenslands Mines Minister has been accused of putting gender equality ahead of miners safety, after revelations the governments coalmining safety board did not meet for months because it did not have enough women members.

Queensland mine safety board not allowed sit because it doesn’t have gender quotas, deaths on mine sites continue. Meanwhile health boards have 90% women an sit…