Its interesting. And now we have a young generation of 10s of thousands of doctors, nurses, ancillary and clinical support personal, putting themselves in harms way to try save the lives of a predominately older generation, irrespective of politics, colour or creed, just in Ireland alone, never mind Europe and the US.

Was waiting for that…

How many medical personnel have died in Europe due to Covid19? 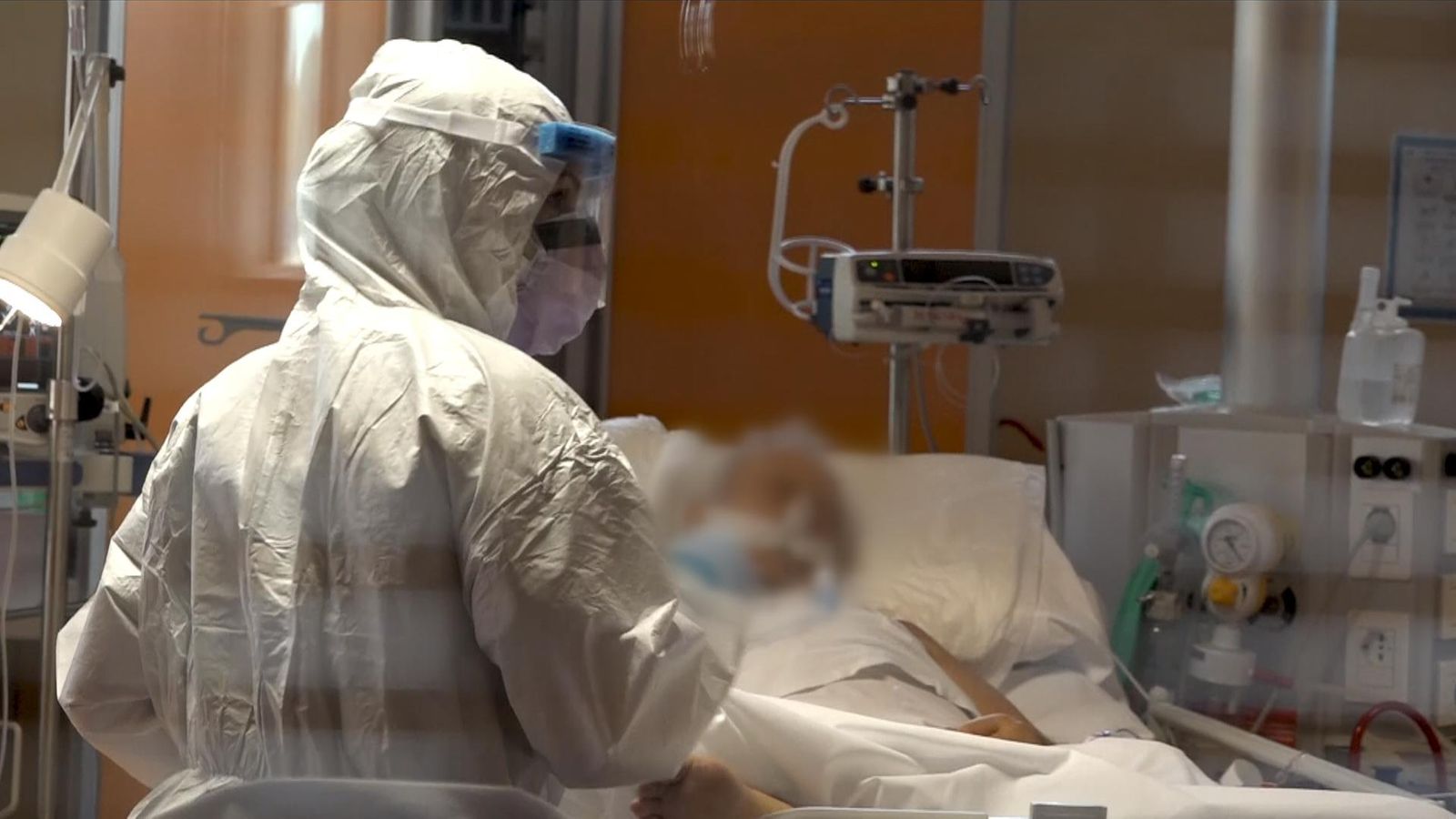 Coronavirus: Italy's doctors and nurses are in trauma over deaths of more than...

Sky News correspondent Sally Lockwood reports from Rome, where doctors are dealing with the trauma of losing their colleagues.

I find your response callous, myopic, uninformed and entitled.

In hindsight my comment is quite harsh. My apologies if I’ve offended anyone.

We only have half a million on the dole, but the open borders agenda can never be tempered

Coalition of firms and unions calls for regularisation of undocumented workers

Open letter to FG and FF highlights importance of those who are undocumented, many of whom are in frontline sectors

A coalition of business leaders, trade unions and community groups is calling for the “urgent regularisation” of undocumented workers, many of whom are in frontline essential sectors.

In an open letter to Fine Gael and Fianna Fáil, the main parties expected to form the next government, the 21 national organisations – including Chambers Ireland, the Restaurant Association of Ireland, Family Carers Ireland, the Irish Congress of Trade Unions (ICTU) and the Migrant Rights Centre of Ireland – say “now, more than ever, the Covid-19 pandemic has shown us that we are dependent on each other”.

“Undocumented workers have stepped up and continue to work providing essential services in this crisis. They are working in sectors where Ireland needs workers right now – in elder care, healthcare, retail, cleaning, food processing, agriculture and fishing.”

These workers “remain on the margins”, they add. “Providing a pathway for children, young people and workers who are ‘undocumented’ to regularise their status must now form part of [a] new programme for government.”

How the Unions can put their name to issues like this never ceases to amaze me. It’s clearly keeping labour costs down and hurting job prospects for their members…but the ideology must win out.

Papers yesterday also had a request from the Farmers Associations looking to bring 1,500 farm workers in for the fruit/veg season from Romania/Eastern Europe.

It’s so pathetic, all you can do is laugh at the madness of it all.

Calling out the industry for what it is

Private firms have been paid over €1.3bn to provide direct provision accommodation, with several contractors earning more than €100m from the taxpayer.

Figures obtained by the Irish Examiner from the Department of Justice reveal that the Government spend on direct provision, introduced as a temporary solution in 2000, has more than doubled in the past five years from €53.2m in 2014 to €130m in 2019.

The revelations come as former Labour minister Aodhán Ó Ríordáin claims he faced strong resistance to delivering change to the direct provision system when in office.

As of March 1, 5,645 people were being accommodated in the 39 direct provision centres nationwide.

Today, for the first time, we publish the total amount of monies paid to private operators since the system began in 2000 and reveal the identities of the biggest earners who have rolling contracts with the State.

The full cost of running the facilities will vary from centre to centre, depending on capacity, among other factors, and are tendered out to other operators, meaning the bill for the direct provision system is much higher than €1.3bn.

How the Unions can put their name to issues like this never ceases to amaze me. It’s clearly keeping labour costs down and hurting job prospects for their members…but the ideology must win out 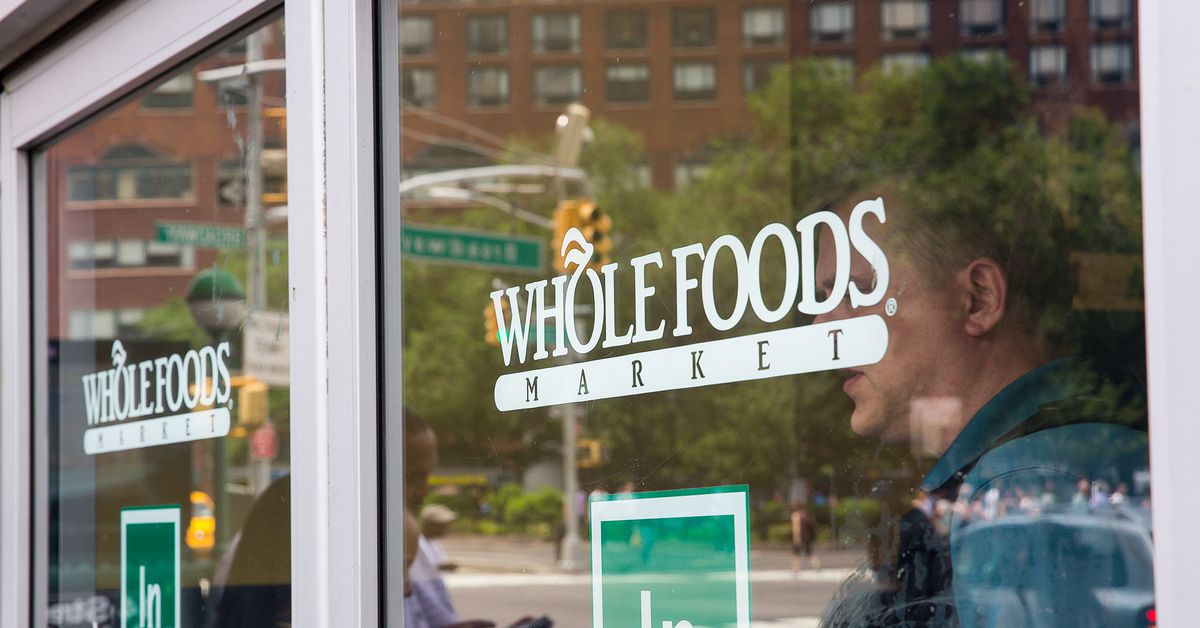 Whole Foods is reportedly using a heat map to track stores at risk of...

105 people seeking international protection were transferred to centre during pandemic

Legal proceedings are being taken by locals in Cahersiveen to shut down the direct provision centre to which 105 people seeking international protection were transferred during the pandemic.

The matter is to come before the Circuit Court in Tralee next week.

Ciaran Quinlan of Renard, Cahersiveen has instructed solicitor Padraig O’Connell to proceed to take an injunction against the operator of the centre at the Skellig Star Hotel, the solicitor has confirmed.

It is expected other individuals and business people in Cahersiveen will join in the proceedings, Mr O’Connell said.

Residents of the centre as well as local people have been campaigning to close it down. At least 25 people within the centre have now tested positive for Covid-19 since arriving in Cahersiveen.

There is no more

We’ve lost France. Who’s next I wonder? Will Ireland have a similar problem in ten or twenty years now that the traitorous Irish government have opened their borders to the 3rd World?

"The gangs operating there... have formed a parallel economy based on drug trafficking. They consider themselves at war with France and with Western civilization..."

Jean Dussine, president of the association for the assistance of migrants was murdered on May 12th, I stopped laughing only to wonder what he might have done to enrage the young “Afghan”. I’m sure it will remain a mystery

You won’t hear about this scandal in Parliament, so retweet the video and spread the truth. The British people deserve answers. https://t.co/hT8ctbZag5

Can’t disparage the Farage. The man goes out there. Shows what is happening.

ts manifesto said it would work to identify “appropriate legal pathways” for the undocumented to regularise their status.

They really really are going for it.

How do you take over a a state, a country and a people?

Simples, the modern method is to tell everyone to stay inside or else they will die or kill other people an if you do not behave, you will die or be arrested.

Pay the population off with fiat money to take back later in tax. While enacting draconian laws suspending constitutional liberties, ending the republic in all but name, attempt things that you would never get a mandate for all in the name of the “crisis”, such as, bringing in more social-troops under the rainbow banner of State administered Love… that’s all a bit mad Ted, sounds too much like a conspiracy theory!!!.

No wonder Peolosi came over to talk to the Dail and Varadkar met Obama in secret. Ireland is the Democratic party model and wet dream.

Welcome to the final stage of the Globalist Coup Ireland, you’re being Kung Flu’d.

Well Charlie has lost his Citizenship ceremonies. For now.

Got to keep the numbers flowing ya know, cha ching

I’d bet good money that those figures are being deliberately understated and the actual numbers are north of double that…40,000 approx

I’d bet good money that those figures are being deliberately understated and the actual numbers are north of double that…40,000 approx

Exactly, and there is no need to be so pessimistic ya freakin’ conservative, at least 100,000!

Wake up Paddy. Your kids and grandkids will be a (hated and oppressed?) minority in their own country by 2050.

Complaint made over Healy Rae link to direct provision hotel

A complaint has been lodged with the clerk of the Dáil over the failure of Michael Healy Rae to declare his interest in the company that ran the hotel in Caherciveen, Co Kerry at the centre of the controversy about a direct provision centre.

The Kerry TD had a 25% share in a company, the Skellig Hotel Experience, that held the lease to the hotel in 2019. This company was sold to in December 2019 to businessman, Paul Collins, who runs three other direct provision centres. The Irish Examiner understands that Mr Healy Rae invested €25,000 in the Skellig Hotel Experience company in January 2019 for his shares.

The current complaint was lodged last week by film- maker and former general election candidate, Norma Burke, who laid out five grounds, including three allegations that he had not declared the grocery store company in earlier years and that he had made a false declaration in the 2018 register that he was director of the Skellig Hotel Experience.

She also complained that he had not declared his shareholding in the company if it exceeded the €13,000 threshold.
“Ethics in politics needs a major overhaul,” Ms Burke told the Irish Examiner.

“We were promised reform and we haven’t seen it and this is part of the culture.”

The Skellig Star Hotel has been at the centre of controversy since an outbreak of the Covid-19 virus there last month.

When the controversy arose, Mr Healy Rae initially declared he wasn’t involved in the leasing of the hotel in 2019 but he subsequently accepted that the Skellig Hotel Experience held the lease.

He has remained adamant that he had no knowledge that it would be converted to a direct provision centre.

On Wednesday, the Minister for Justice apologised to the people of Caherciveen over how the centre was opened.