And they’ll get exactly what they want. A new life in the UK at the taxpayers’ expense.

Mantissa, ex-Patrick, ditch dweller, lads where are you, give us a wave, say hello

Say nothing lads, your foolish agenda has been exposed, but not to worry, nothing will change 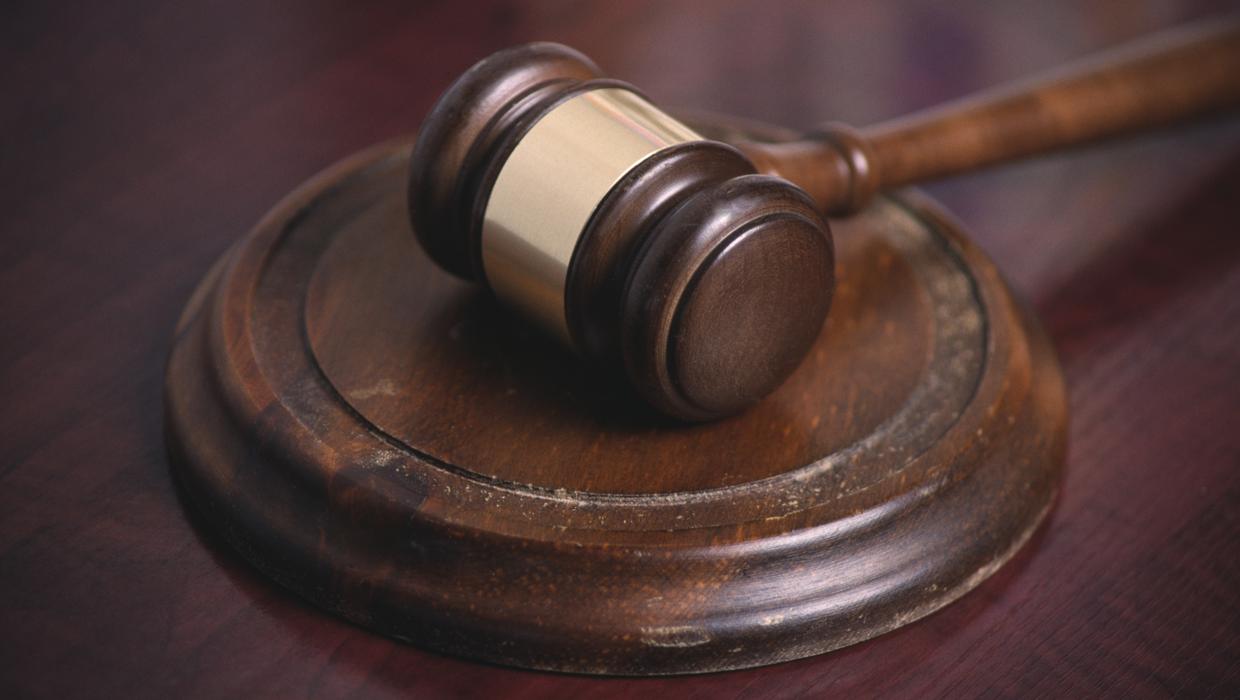 Jailed jihadist wins his appeal against loss of Irish citizenship

The Supreme Court has ruled that the law governing the procedure under which Irish citizenship can be revoked is unconstitutional. 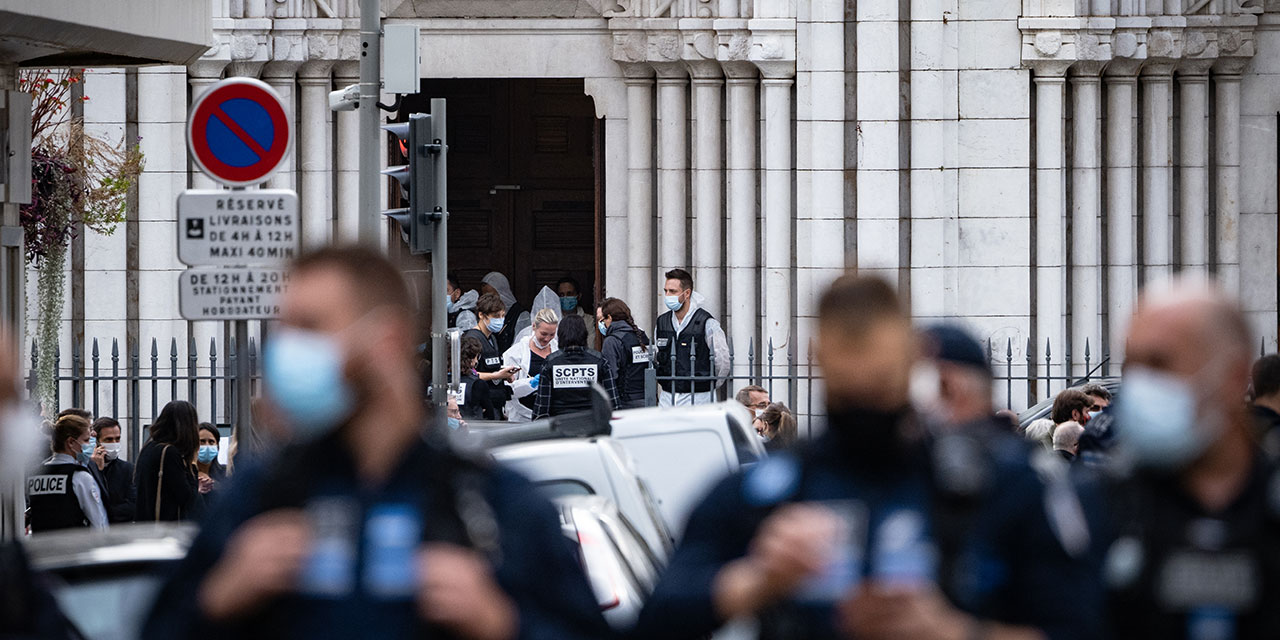 Does he ? its a subject he stays away from as far as I can tell

What does it mean when no one talks about a brutal murder?

Seems pointless, of the French muslims who joined ISIS, how many couldn’t speak French

Covid-19 has only stopped registration: the influx continues...

These Nigerian criminals should be sent back home to Nigeria.

As long as the lefties (FF/FG) keep running our country, the mass immigration hell would continue.

One Muslim member of the public who chased after Saadallah told him after he had been caught: “You have nothing to do with Islam, bastard.”
Saadallah came to the UK in 2012 and tried and failed to get asylum seeker status, but the turmoil in Libya prevented his deportation

Actually Bro, I think he knows his Islam better than you

Hundreds of people rioted in Brussels on Wednesday night over the death of a 23-year-old in police custody at the weekend.

Video from the scene shows King Philippe’s car being hit by projectiles as it passed through the area.

A police station was reportedly briefly set on fire during the unrest, which saw local streets vandalised.

A police spokeswoman told the AFP news agency they had made several arrests and said four officers were injured.

What was Brussels protest about?

Police said about 500 people gathered Wednesday close to Brussels-North police station over the death of a person identified in Belgian media as Ibrahima B.

The man was arrested on Saturday evening after fleeing police who were checking on a group suspected of violating local coronavirus measures.

I could just as easily have put this in the NGO thread. This stinks to the high heavens

The co-founder of the Immigrant Council of Ireland is said to be “flabbergasted” after a joint garda and PSNI operation into people-smuggling led to the arrest of an Eritrean man who had been living rent-free in a mews at her Foxrock mansion.

The investigation led to the arrest of the man, a taxi driver who had driven from Dublin to Northern Ireland on February 8 with two Eritrean passengers who had recently sought asylum in the south. Gardai discovered the taxi driver lived in a mews in the grounds of Lis na Carrig in Foxrock, owned by Chantal McCabe. The philanthropist is separated from Bill McCabe, a businessman ranked the 245th richest man in Ireland last year with a fortune worth €81 million.

The man was found to have been legally resident in Ireland since 2015 when he was given a critical skills employment permit, known as a Stamp 4 visa, on the basis that he worked in IT for Chantal McCabe, who co-founded the Immigrant Council of Ireland in 2001.

McCabe is a financial supporter of several charities. There is no suggestion she was aware of the alleged people-smuggling. It is understood she first met the taxi driver through her work with Vita, an Irish Aid-backed charity whose work includes supporting Eritreans in building more fuel-efficient cooking stoves.

She did not respond to requests for comment last week. A source close to the family said she was “shocked and flabbergasted” by the investigation and that the first she was aware of it was when officers arrived at her property seeking to search the mews.

The source said the Eritrean man had been McCabe’s driver while she was in his country on charitable work. He came to Ireland in 2015 on a visa sponsored by McCabe to help her identify Eritrean families in need of assistance. McCabe provided him with the mews residence rent-free. The source said although the man continued to make use of the mews, in more recent times he had also lived in another property with his partner and their child and he had begun work as a taxi driver.

Gardai working with the Garda National Immigration Bureau and Joint Task Force with Northern Ireland began the investigation after more than 100 Eritreans arrived in Dublin airport from November and were refused leave to land. The majority were allowed to enter the country after seeking international protection, but most did not then attend the required scheduled interviews.

A number were subsequently discovered to have entered England, a cause of alarm to UK immigration officials.

The Department of Justice said Eritreans made up an “unusually high proportion” of recent refusals at Dublin airport. Between November 29 and February 13 Eritreans comprised a quarter of the 401 cases where people were refused leave to land: 21 were returned to their country of departure while 81 sought international protection.

The PSNI said that on February 8 they stopped a vehicle as it crossed the border from the Republic as part of a “proactive operation” by the Joint Agency Task Force.

“Three foreign nationals were subsequently arrested by immigration enforcement officers and a number of items, including the vehicle, were seized,” it said.

“Agencies on both sides of the border, working together, remain committed to tackling crime and immigration offences in both jurisdictions.”

It is understood the two passengers were Eritreans who had recently arrived in Ireland and were scheduled to get a ferry from Northern Ireland to Britain despite having sought international protection in the Republic.

When gardai followed up on the PSNI arrests they found the driver of the vehicle lived in the mews of Lis Na Carrig and had obtained his work visa as an IT worker employed by McCabe. They searched the house and seized a number
of items for further investigation.

The Department of Justice said most Eritreans who had been refused leave to land in recent weeks had sought international protection and this was “duly facilitated in line with our international and EU obligations”.

“However, of those who indicated a wish to claim international protection, they subsequently failed to attend the International Protection Office in Mount Street to register their claim,” it said.

“This recent trend is of concern and is being followed up appropriately.

“Combating the terrible crime of human trafficking is a priority for Ireland and we attach great importance to the work of multilateral international organisations who are active in tackling human trafficking, including the UN, Council of Europe, Organisation for Security and Co-operation in Europe and the EU. Ireland continues to work with all our partners in those forums to combat this heinous crime.”

also, LOL, this is absolutely demented.

“It is understood she first met the taxi driver through her work with Vita, an Irish Aid-backed charity whose work includes supporting Eritreans in building more fuel-efficient cooking stoves.”

A national settlement plan, currently being drafted by senior local authority and government officials, will lay down how many people are accommodated in each county based on population density, housing needs, applicant needs and the availability of services.

An external expert advisory group will be appointed to oversee the new plan.

If immigrants wish to come, work, make their own way, pay for their own housing, fine.

When citizens are unable to afford homes, they are not going to be enthusiastic about immigrants being catapulted ahead of them for social housing.

Simple fact. Nothing to do with race.