I know of many not counted.

No surprises for those that were counted

Highest population in a Census since 1841 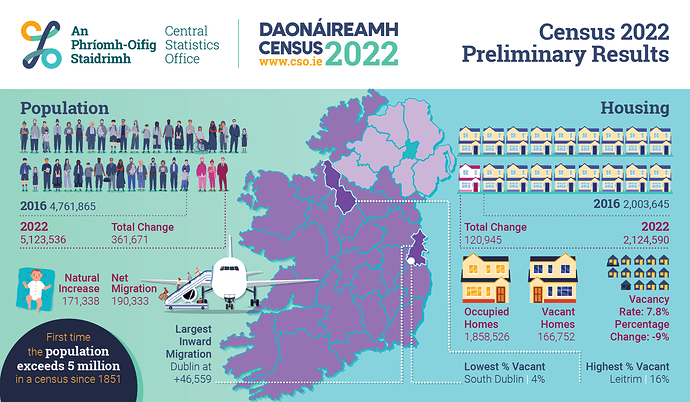 So, officially migration into Ireland is running at about 38,000 per annum. Unofficially, we can see with our eyes and ears it must be more like double that.

Post 2016 election, where there wasn’t a peep out of the democrats of FG and FF, Coveney decided to inform us that the rag tag coalition arrangement FG formed for 5 years with FF would set out on the road to Ireland 2040 and growing the population by 1million, at least half of whom would be fresh migrants.

Once the terms of Coveney’s decree have been met, will a halt be called to Plantation 2040 plans, not bloody likely if FF’s exchange in the Dail yesterday is anything to go by.

Further info in this presentation

Meanwhile the empties time has come as predicted and just in the nick of time for the rest of the worlds housing needs! 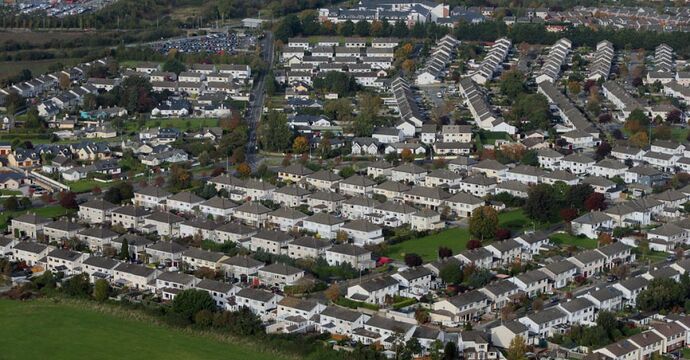 Housing policy analyst, Dr Lorcan Sirr said there was “a cultural tolerance” towards vacant houses given the prevalence of vacant homes that could be rehabilitated alongside new homes