Challenge to Quarantine regime results in man being released

Interesting one. It seems two separate Article 40 applications were refused but he has since been released.

Not clear whether his release was simply on the basis of Israel having been reclassified. 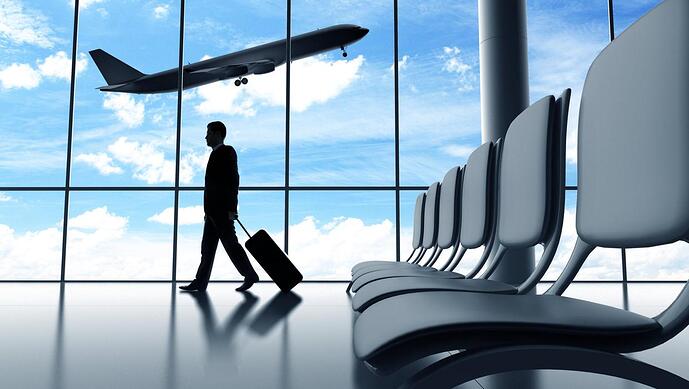 A Dublin man who challenged the lawfulness of his detention in mandatory hotel quarantine was released this afternoon.

So it is the thing that you said it wasn’t. Did you lie? Do you lie?

I think this might be more down to the public and political reaction to these two extremely harsh cases. (The other Israeli traveller has also been “released.”)

The optics would have been terrible - an Irishman not being able to visit his dying father and possibly even his funeral…not to mention the possibility of a successful legal challenge.

A woman in mandatory hotel quarantine has described the cleanliness of a bedroom she was assigned in the second hotel opened to new arrivals as “pretty shocking”.

Luanna Spillane. a dual Irish-Brazilian citizen who is in quarantine after visiting a sick relative said she found hair on the bedsheets and dirty stains and leftover food in her bedroom at the Holiday Inn Express near Dublin Airport after flying in last Tuesday.

“We are kept in here because we are potential risks but what about us? I have no idea who was in the room before me,” she said. “They bring us in here as a potential risk to others but then you come in and see the hygiene of the place which is not as it should be.”

A woman in mandatory hotel quarantine has described the cleanliness of a bedroom she was assigned in the second hotel opened to new arrivals as “pretty shocking”.

Luanna Spillane. a dual Irish-Brazilian citizen who is in quarantine after visiting a sick relative said she found hair on the bedsheets and dirty stains and leftover food in her bedroom at the Holiday Inn Express near Dublin Airport after flying in last Tuesday.

“We are kept in here because we are potential risks but what about us? I have no idea who was in the room before me,” she said. “They bring us in here as a potential risk to others but then you come in and see the hygiene of the place which is not as it should be.”

Why does the PCR test not work for the woman above? It’s the same virus, isn’t it? And PCR test gives results in 24 hours, so why quarantine more than a day?

Thats simple. Not one single person involved in the decision process has the slightest idea what they are doing. None. Travel quarantine has never ever been recommended for disease with such low infection rates. Never. Its only for very infections diseases. With R0 10 to 20. And IFR’s of 10%+. And then only in very specific circumstance when there are only cluster outbreaks.

In Ireland most of the cluster outbreaks in the last nine months have been in medical facilities and its been community spread for more than a year.

It was a purely political decision made by people who have to make it look like they are doing something.

Remember this quarantine is for a disease that has a lower health risk to people under the age of 55 than H1N1-09 Swine flu in 2009. They are locking people up and imprisoning people for what is just a very bad flu for those who are not old and sick. And the old and sick dying are mostly those who would have died of some other repository infection anyway. Apart from those killed by the vaccine that is.

Of course the PCR test is very bad at detecting actual active infections. But thats another story.

The policy will be abandoned when it becomes obvious that it yet another fiasco.

I am hoping so. But at this stage I wonder do we still have a democracy, or a fascist/communist dictatorship and if so, will it end?

Lads, I keep telling you all, don’t bother rationalising any of these measures in the frame off the Attack Of The Virus - that was the scary bedtime story to disable your critical thinking to buy the perps time, giving plausible cover at the start of this global event - Are you a child?

Is this why went properly challenged it falls apart for the regime? They know what they’re doing, they can’ back now. All in. Then need to get over the line before anymore notice, or the games up, but is the game already up. The game is up.

14 months lockdown levels up, levels down, levels up again, around and around. No exit in sight. NO EXIT.

The hotel quarantine sideshow, like the masks, is all designed to keep up the illusion and raise the fear of STATE, and not merely give you a war like prisoner of war feeling, but make you virtual prisoners of your former freedoms.

I told you they would do all these things in advance of the holiday season, thus the hotels measure now, and not implemented when they matter last year, because they know (they measure, they test, they analyse while you wake, while you sleep, they track) and they know people are traumatised at the idea of another year and holiday for-gone to get the fuck away form this shit if even for a few weeks. It will make no difference even if you get out for 2 weeks. It’s back to the cyber-gulag or skip your flight back. Where to defect to?

The agenda is to get enough injected that there is no turning back and you are once again caught in the net. The vaccine passport are only the beginning. If you can not imagine where this is going, believe it that it has all been seen in advance, it has all be outlined in advance, by all sides.

When you read the media uncritically you can think of it like allowing the media stick cybernetic needles into you mind, like you are a cybernetic voodoo doll.

Protect your mind, shutdown the intrusions, switch the shit off, because they know how to imperially how to pitch those needles it against your mind to keep it at odds with your heart, divided you internally. They can kill from a distance with only words. They have already killed people with only words. Do you under stand how powerful words are?

Ok here is a recent pattern:

Have you seen anything about this in the media today?

Did a quick scan of the main outflow pipes, and what shyte is being spewed into the cyberspace, by the click-bait & government junkie editors the irish media is repleat with, or so we have been told.

The media, the MSM are a cybernetic SAFEHOUSE for the perps. The hide their movements and actions with spurious frivolous strawmen narratives.

Go out and talk to all the real people you love and more beside.

Get out and live. 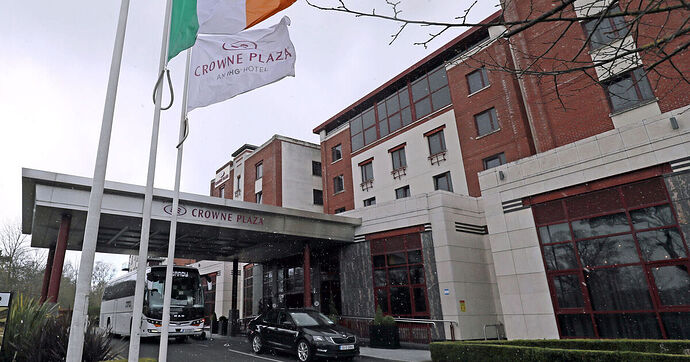 Ms Kelly would have been legally permitted to exit quarantine on Monday, April 12, had she received a negative PCR test that day but hotel staff had failed to test her that day in line with their obligations under the relevant legislation, Mr French...

Glad that’s cleared up then. What took you so long? 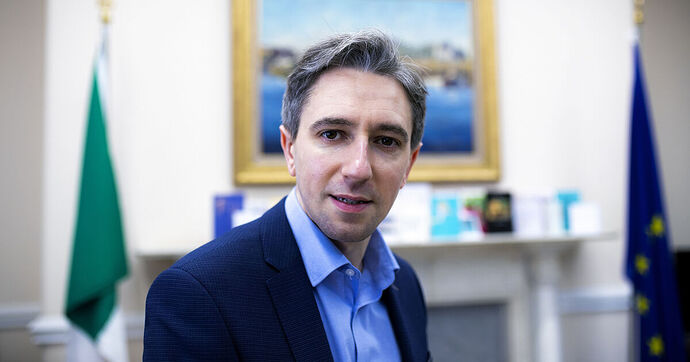 There are currently 16 countries on Ireland's hotel quarantining list

Just goes to show that there is a severe lack of Spock within the government!

Fine Gael just love open borders. Any threat to the idea freaks them out.

They love the police and open borders.

That’s the idea/plan - Look how easy life will be if you submit to the digital ball and chain.

Looks like they’ve run out of hotel rooms - already! (Imagine - people just turn up in the country without telling anyone. Cheek of them!) 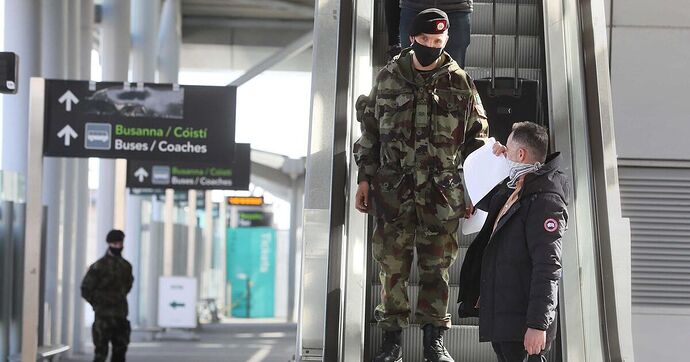 News from the Irish Examiner's team of reporters 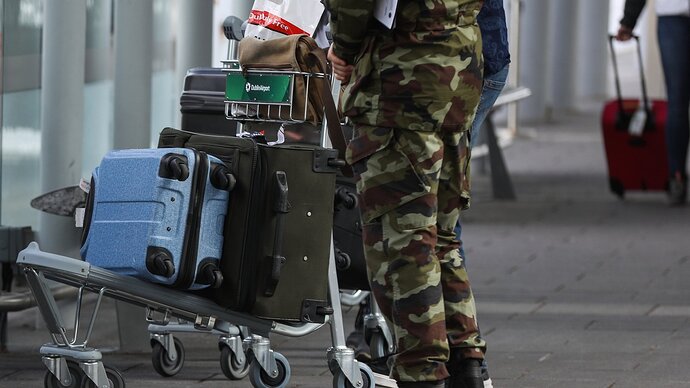 Minister for Health Stephen Donnelly has confirmed that the Department of Health has paused taking bookings at mandatory quarantine hotels due to a problem with 'walk-ins'.

Mr Donnelly said it was due to a problem with ‘walk-ins’ or people who simply turn up rather than having booked online before departure.

They can stay with me. Help thy neighbour.

People. Why have we people? What season is it. Is it? Could it be? Almost 2 weeks away? Already?

So…they’ve “paused” the booking system because the hotels are full. But according to the Irish Times, the Department of Transport has “reminded” carriers that they shouldn’t accept anyone onboard a plane/ship who doesn’t have a booking. But they can’t book.

Donnelly says there’ll be more capacity from next Monday. But there’ll also be more travellers arriving in - including an unknown number who have been trying to book quarantine hotels but can’t…

How are quarantine hotels selected?
Do owners first have to donate funds to government parties?