China on ‘Treadmill to Hell’ Amid Bubble.

This documentary film takes a look behind the Chinese real estate industry’s glamorous facade. It focuses on Yana, a young woman from the countryside who has come to Chongqing to live her own personal “Chinese Dream.” Attracted by the glamour and the fast money of the historic real estate boom, she and a friend founded a company that provides foreign actors for big PR events - often recruiting them on her journeys through Chongqing’s nightlife.

Thanks snaps, that’s heartbreaking in so many ways. A sibling of mine toured the Three Gorges by boat in the early noughties before they were flooded. The way of life was literally from another century. Back then they were relocating people for the dam project which was sad and depressing to see, but at least it was for productive infrastructure. To see people forcibly relocated to make way for the economic mirage of a ghost city is tragic! God help us all when it crashes.

The forex live says the 21% drop is the biggest in 3 years and may partially be explained by the Lunar New Year. I can’t read the FT article as it’s behind a paywall.

China has added its currency to the weapons it is willing to use in the trade war with the U.S., and it is now up to President Donald Trump to determine how much further the situation can escalate.

China on Monday allowed its currency to slide below what has been a psychological red line—the key 7 yuan to the dollar level — for the first time since 2008. China also halted new purchases of U.S. agricultural products, according to state run media.

The Chinese picked two sore spots for Trump, who has protested the strong dollar and railed against other countries he says are weakening their own currencies for trade advantage. He has also attempted to boost Chinese purchases of agriculture products to limit the impact on farmers, who have also received some federal funding to offset the string from the lost sales.

US stocks close down 3% on the day

Interesting perspective on recent societal changes in China. Possibly more important than the economic ones.

China’s debt hits 317% of GDP. The property bubble has resumed as buyers snap up post-Covid “bargains”. Housing loans rose by US $140 billion in June alone, the biggest jump ever. 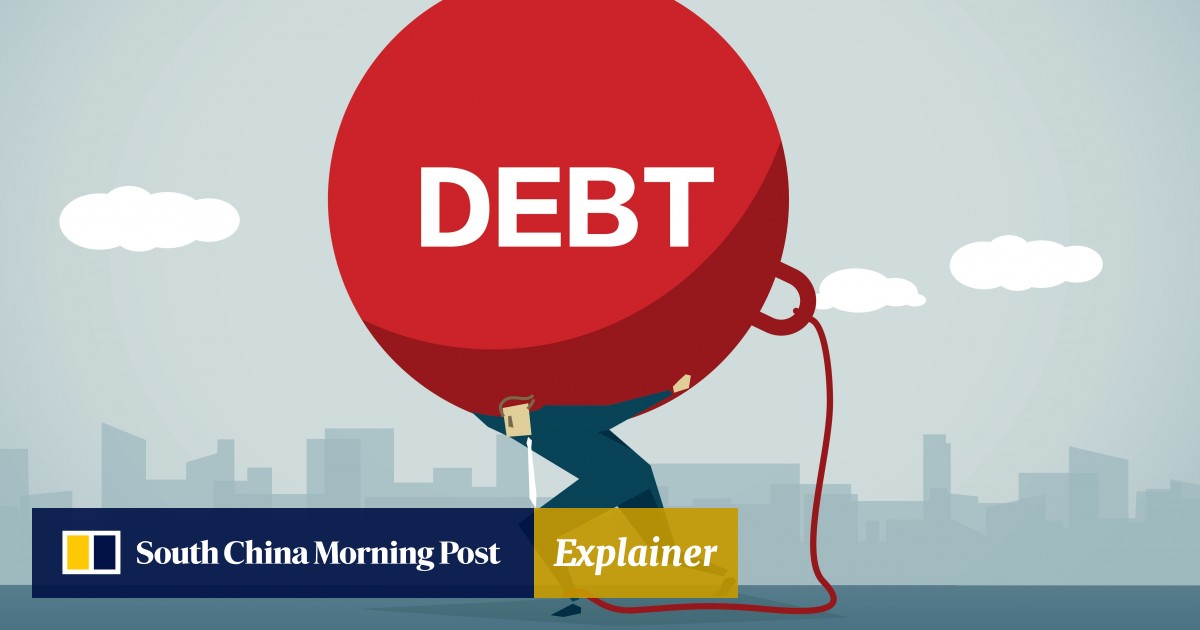 How big is China’s debt, who owns it and what is next?

China has increased its effort to reduce its domestic debt to curb financial risks, but its total debt is reported to have hit 317 per cent of gross domestic product (GDP) in the first quarter of 2020. 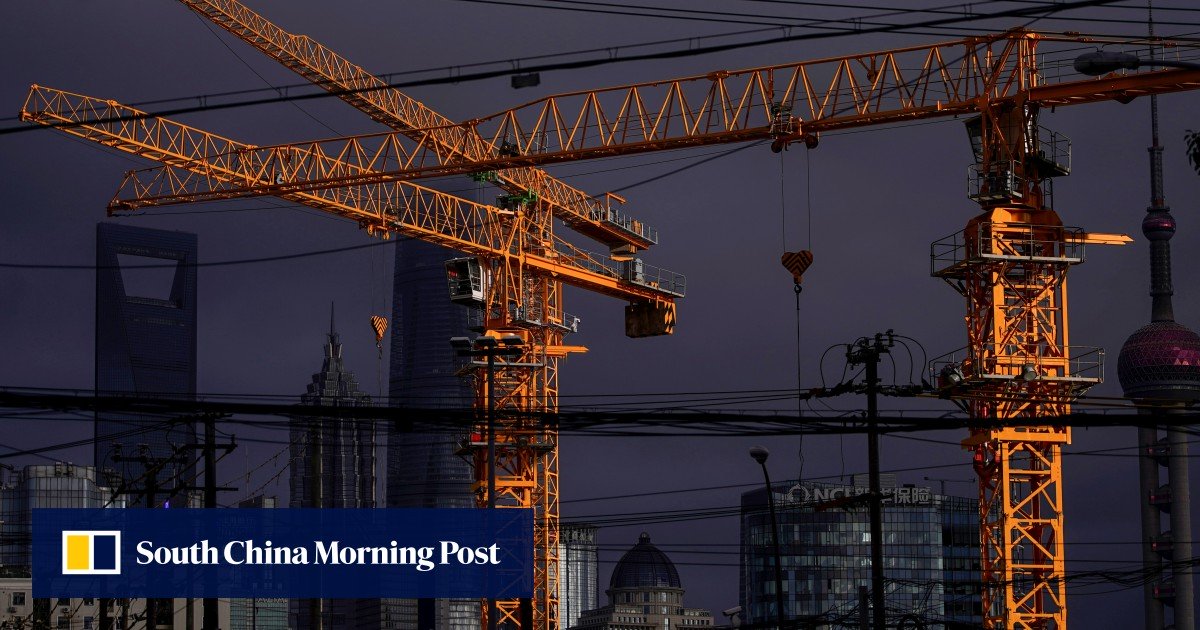 To reboot the economy, China’s central bank has increased the amount of money available to banks to lend, a portion of which has been illegally funnelled into real estate.

Shares in the world’s biggest property company, China Evergrande Group, plummeted amid doubts over its $120 bn debt. Since this article yesterday, things have actually improved further as more creditors agreed to roll over debt. Still seems like a rocky road though.

11 years on from the start of the thread and a year since Evergrande’s debts were first mentioned here… could the bust finally be manifesting? As always when bubbles burst, I’m sure we’ll discover the headline figures are just a fraction of the black holes of fraud and misreporting going on in the background. Next up are the banks; god knows what’s been going on in there… 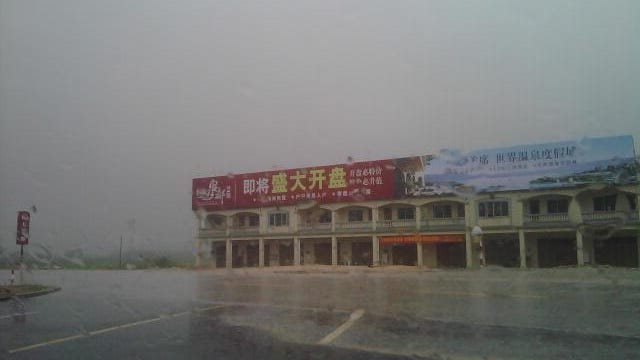 It looks like Evergrande, the great-grandaddy of China’s property bubble, is finally going to collapse.

Lehmans Bros or no? What say the hangers on…

Gold up. Cryptos up.

Talk about timing for the release event of the iPhone 13

I wonder what tomorrow brings?

An article from 9 years ago called out Evergrande as a Ponzi scheme and has some interesting insights into Chinese business practices:

[credit provider=”chineseposters.net”] As I set out in The Fall of the Communist Dynasty, and a HT to John Hempton’s piece within which he contends that the entire Chinese economy is a Kleptocracy , this week we have news from Citron Research which...

Also a quick sniff around a Chinese bank said to be heavily exposed shows some Irish pension fund involvement:
https://www.wsj.com/market-data/quotes/HK/2066/company-people

) but it’s the only one I’ve checked.

And now the total collapse has begun:

A People’s Bank of China official has said the spillover of a crisis at Evergrande on the financial system was “controllable”, in the central bank’s first official comments on the world’s most indebted developer since it missed international bond payments last month.

The statement came as the company faces increasing scrutiny from regulators ahead of a potential default next week, with Hong Kong’s audit watchdog announcing a probe into PwC’s most recent audit of its accounts. Zou Lan, an official at the PBoC, told reporters at a press conference on Friday evening that the Evergrande situation was being resolved by local governments and authorities through “market and rule of law principles”, according to state media.

The comments represent a significant intervention from Beijing after Evergrande sparked volatility across global markets when it missed an interest payment due on September 23 on one of its dollar-denominated bonds, triggering a 30-day grace period. The company’s rapidly unfolding liquidity crisis has shown signs of spreading across China’s real estate development sector, where the number of defaults is growing, raising concerns over possible fallout for China’s wider economy.

Last week developer Fantasia defaulted on a $206m bond, while Sinic Holdings said a default would “likely occur” regarding a payment due on Monday. Offshore yields on China’s riskier corporate borrowers have hit their highest level since 2009. Lan said Evergrande had been “poorly managed” and “failed to operate cautiously”, but that the real estate industry more broadly was healthy.