It has become very apparent in the past few weeks thats the house I bought earlier this year has air flow issues (4 bed detached 1960’s build). The amount of condensation on the upstairs windows every morning and in the downstairs hall (on the glass panels beside the front door)/play room is high.
The upstairs bathroom doesn’t have a vent and I can see some mould starting to form along the windowframe/wall.
3 of the 4 bedrooms do have vents and they are open, but there is still condensation issues with water dripping off the windows onto the window sill.
The 2 rooms we just had extended downstairs- kitchen and living room- have no condensation on the large amount of new glass in the rooms with only the kitchen having a wall vent.
I was in the attic earlier and when pulling down the ladder, some water came dripping off of it. The felt on the inside of the roof is all covered in condesation too.

One of the neighbours did say to me during the Summer that the houses all had condensation problems.

So what to do? I’m going to get more proactive with opening windows and leaving doors open in the morning. But I need somthing more longterm.
A mate mentioned EnviroVent that he had installed into a rented apartment recenty.
envirovent.com/
Basically a unit is installed into the attic and comes through the landing ceiling. It circulates air arounds the house and even claims to keep the house warmer and save on heating bills.

Has anyone used a system like this?
Or any other options available such as putting in airvents to the hall/playroom downstairs even though the vents in the rooms upstairs aren’t working well.

If it was me I’d focus on making sure each room has a fixed vent, the bathroom and kitchen have fan extraction, and that there aren’t any other sources of moisture causing problems such as gutter/downpipe problems, plumbing leak, drainage issue etc… Double check that there isn’t a leak in the heating system.

In my experience condensation on glass is because the double glazing has lost a lot of it’s insulation due to age. If replacing the window is not an option(preferred) then you can just replace the glass.

I had condensation problems on patio doors in the kitchen and after they were replaced the condensation appeared occasionally on the outside which means so little heat was escaping through the glass the outer pane was cold enough to allow condensation to form.

The bathroom needs a vent but I would prefer active ventilation that comes on with the shower. In other rooms, replace glass/windows first. Putting holes in walls will cause a lot of heat loss and if you have enough of them to compensate for aged glazing you might as well not have any windows.

BTW, I live in a house from a similar era.

Just in case you are not familiar, condensation is a function of humidity (vents) and how cold the surfaces are (insulation) - new glass warmer than old quite probably.

Lofts should have ventilation (some people try to seal them off) and you may have lots of moist air going up into the loft. Bathrooms without powered vents, that are actually used, increase humidity a lot.

Thanks all, some very good info from you all. I just signed off with the Builder this week on our work - if id spotted the mould on the bathroom wall which has gotten really bad the past few days, I’d have gotten a price off of him to put a vent in there at least.
I’ll read through some the info and look at options come summer time before winter 2017

The whole “saves money and keeps the house warmer” of certain ventilation products is questionable… Lowering the humidity does make it feel Warmer all other things being equal but if you’re sucking in fresh air from outside it’s probably cancelling out the other effects.

As others have pointed out there may be an underlying issue and ventilation is important but worth considering a dehumidifier also, especially in winter (cheap and wuick to take effect too). Dessicant wheel types work well in cool climates and emit warm air. I’ve had an EcoAir basic one, though Meaco seems good too. If you can get it attached to a drain then great. 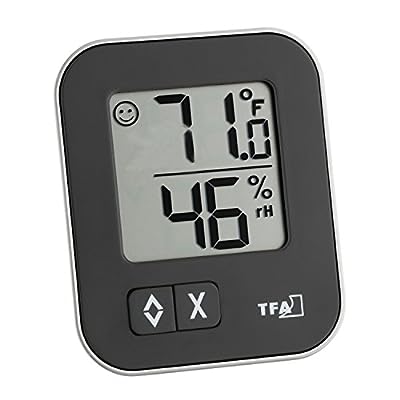 Portable dehumidifiers are noisy and ugly and you have to empty them frequently.

But they have solved condensation problems for me in a few different places over the years and are much cheaper than structural solutions.

Dehumidifiers. Good call and would be a quick solution to get me through this winter at least

Dehumidifiers. Good call and would be a quick solution to get me through this winter at least

We went this route, got one 2nd hand on DD.

Friend of mine lived in an apartment which had water running down the kitchen walls — the landlord said it was sweat.