So this virus will cost billions in extra health and welfare payments, as well as the economic collapse.

Will the EU issue a type of corona bond, to help pay for it?

Or will Ireland for example, take out a 5bn bond for <1%, which is mostly bought by ECB to keep the borrowing cost down?

I think even if the ruling is Apple must forfeit that 14bn, it gets divided out amongst all countries they filtered it through, so Ireland won’t get a good chunk of that.

Will the EU issue a type of corona bond, to help pay for it?

The EU issuing bonds is technically, illegal. Something like ECB underwritten Corona bonds would be a direct violation of the treaties that make up the EU. Under the treaty that created the ECB, the Maastricht treaty, the ECB is not allowed to fund governments. Each individual government must fund themselves. This was considered the appropriate way to setup central banks at the time. By in large each central bank had rules like this at the time. Now it is considered a rather quaint idea from a simpler time.

The courts have played ball. So long as most of the money governments borrow comes from the primary markets, constitutional courts have decided to go along with the fudge. The German courts are the problem. They have put a number on the fudge. The ECB can fund up to a third of a government’s borrowing requirements. Any more than that and it is pushing the law from a fudge into too illegal territory.

The type of money being talked about would push the ECB funding of governments way way past the values the courts were willing to overlook.

Will there be Corona bonds underwritten by the ECB? I’m guessing yes. I suspect though that it will take time. Politicians will need to come up with a way of moving from a fudge into the territory of just ignoring what the constitution says. I’ve no idea how this will be done or how long it will take.

The ECB is currently underweight in Irish Government Bonds and is scheduled to rebalance its holdings over the next 2 years to reflect economic weights within the EU. Even without the coronabonds it would be buying (relatively) more Irish bonds and relatively fewer Italian ones as they come up for redemption. 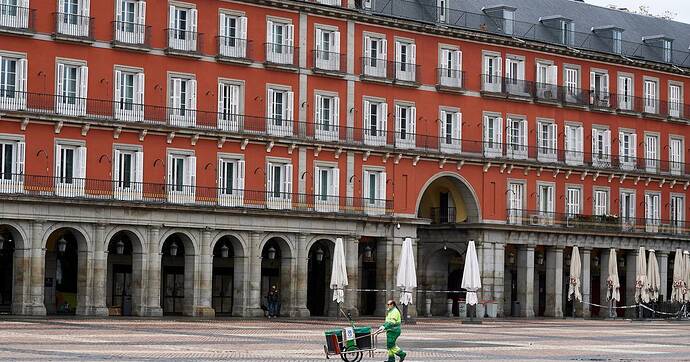 Eurobonds are not the answer to coronavirus woes

Gideon Rachman: A crisis solution could be the thing that finishes the EU

Bruno Le Maire, France’s finance minister, as he pleaded with other EU nations, above all Germany, to demonstrate solidarity in the face of the coronavirus pandemic.

For many in southern Europe, solidarity means one thing above all: eurobonds. France, Italy, Spain and six other EU countries have thrown their weight behind the creation of joint financial instruments by the EU, as the best possible response to the pandemic.

The arguments they make are both political and economic. Eurobonds are meant to prevent some of the worst-affected countries, such as Italy and Spain, being sunk by new debts.

Why not just issue some debt free money, then repay it back to the banks afterwards!