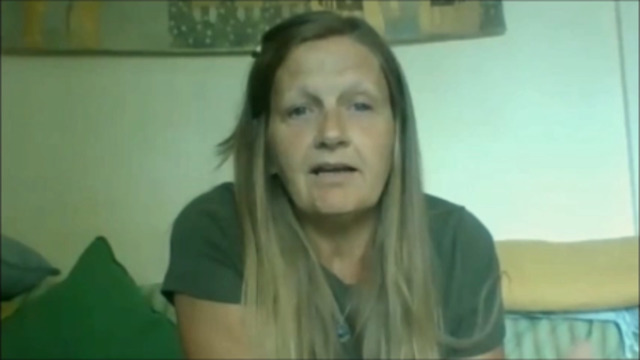 Woman Refused Kidney Transplant By Her NHS Hospital For Not Taking The Vaccine.

This woman who needs a kidney transplant has been refused by her NHS hospital because she won't take the Covid vaccine. Is this legal? Since there are no laws saying that anybody has to take any vaccine. This clip is taken from the Rachel Elnaugh t…

Dr. Peter McCullogh has described vaccine-pushing doctors as being in a kind of mind-controlled trance, and they appear to be under a spell, almost as if they’ve been hypnotized… Good doctors are doing unthinkable things like injecting biologically active messenger RNA that produces this pathogenic spike protein into pregnant women. I think when these doctors wake up from their trance, they’re going to be shocked to think what they’ve done to people. As the interviewer says it is blackmail, They wanted to DNR this lady last year!!! Profoundly evil.

Fintan O’Toole: Those who did what they were told on vaccines now feel like...

Fintans moans. I’m sure he would have mocked John Waters for saying at the time of “The Children’s Rights” referendum ‘I wouldn’t trust the HSE to mind my cat’

I don’t doubt the sincerity of Niac’s advice, or of its conviction that it knows better than the EMA, Canada, France, Germany, Finland, Norway, South Korea, Spain, Sweden, Austria and other countries who are mixing doses to protect their citizens. But for those of us on the wrong end of this policy, it feels like we are being treated simply as the most convenient group, in Kingston Mills’s words, to “‘use up’ the stocks of the AstraZeneca vaccine”.
There is a price to be paid for this short-term convenience, however. Public trust is a precious commodity – governments squander it when they mislead citizens so blatantly. And if you make people feel foolish for obeying the authorities in a crisis, they will be less inclined to do so when the next one arrives.

Fascinating insight into Fintan’s mindset. As a Leftist he must always support the principle of a benevolent Globohomo State bureaucracy. This isn’t the 1950s you know ! The State in the past has things to apologize for, but the State in the present gets things wrong…but it’s intentions are what’s important.

Of course the Globohomo bureaucracy kinda is A Religious Order

It’s never fun when you realise you have been betrayed, never ever fun… is O’Toole warming up the crowd before the charge of the vaccine-regret light brigade?

The stress of this for Fintan is palpable. He was such a good boy, did what Globohomo wanted, shilled on their behalf. So anything is possible. We’re still in the moaning stage though. I reckon he has a while to go yet. He’s still in the Trust The Science cult.

As I wrote back in March over in the Freedom Of Speech, Freedom Of Expression topic.

It has to get messier now. Very messy. Nothing messier than people waking up to the betrayal and worse when it’s those who have taken the sorcerers communion. Hotel California. Tuam Island etc. etc.

Ya can’t read that behind paywall.

'Don't dine out' if vulnerable, not fully vaccinated

Those who are vulnerable and not fully vaccinated should not dine out, an immunologist has warned.

Whats interesting looking though his huge volume of publications is just how much of it is high volume “peer review” pablum. Or grad student free riding. Serous research scientists in this area will produce about 1 or 2 substantive research papers every 3 to 5 years. The usual research grant cycle. With maybe a few “interesting interim results” letter / notice type short papers if something interesting pops up. Thats if they are actually doing full time research at a senior level and not an academic bureaucrat running a dept. Which is all he sounds like.

So basically an academic bullshit artist who generates large number of worthless papers describing little of note but it looks good in the dept annual report when delivered to the provost .

So he knows fuck all about the subject of public health epidemiology and I am certain the mathematics involved is beyond him.

Yes but have we had him as a talking head before? Can’t remember if we have… maybe they decided they needed a fresh face… the zerocovid crew & usual faces are getting more and more pushback on them these days.

https://www.rte.ie/news/2021/0626/1231449-covid-ireland/
Speaking on RTÉ’s Brendan O’Connor show, Prof Mills said: "People in their 60s in Ireland who have had one dose of the AstraZenca vaccine are still vulnerable, so they can’t go to a restaurant.

My money is ISAG operative.

Don’t let them distract you with the jingle jangle of a PINT as they move closer with the needle to inject your children. They are still going for the children. All of them. All the children. Mother & Baby Home for all. Plans from day one. Planned a long time ago.

Yep it’s true, he has connections like anyone in the arena, but member of ISAG, not sure. he’s not on their website as a member, but maybe they’re boxing a bit cleverer now, because everyone is on to their game.

PROFESSOR KINGSTON MILLS is Professor of Experimental Immunology at TCD. He has said that vaccinating the entire Irish population is needed to generate herd immunity for Covid-19. In 2016, Mills began work on a €28 million project to find a vaccine for whooping cough.

He was co-founder of Opsoma Therapeutics with Luke O’Neill. Opsona Therapeutics, one of the most heavily backed Irish biotech start-ups, is to be wound up after 14 years in which it raised more than €76,500.000 in funding. A decision was taken to put the company into a creditors’ voluntary liquidation after the search for a development partner or buyer for its main drug therapy was fruitless. – 13 Jan 2019

Benefactors included the EU, the European Federation of Pharmaceutical Industries & Associations, and the Bill & Melinda Gates Foundation. This year, Mills was on the team awarded €4.8 million by the Irish government, seeking to design effective Covid-19 vaccines.

OK I recognize the face now, name hadn’t clicked, and he’s in cahoots with Luke O’Neill I see.

CORRECTION: I should have said 3.15X The Death Rate, not 315% Higher Join our leading researchers on https://GroupDiscover.com to find the best videos from across the censorship-resistant internet pl...

No no no you’re supposed to be watching Matt Hancock, or else being annoyed about Dido and the track and trace thingy not vaccination death stat boring stuff.

OK I recognize the face now, name hadn’t clicked, and he’s in cahoots with Luke O’Neill I see.

“I was only following emails…”

People who use their picture with a mask on, online.

Defo worse than those lone drivers with mask planted on their face.

The way I see it, well it communicates a certain message and it is the virus is digitally transmissible, or at least the fear of it is, and she would be right!

Is that what she is trying to communicate beyond intimidating people to conform to endless insanity?

Informed Consent Action Network ICAN is a non profit organization focused on the scientific integrity of vaccines and pharmaceutical Industry.

I CAN SAY NO