19 year old Australian gives in to the Pfizer jab

She thinks it's the first case of blood clots in Australia. She is on tiktok. IQ is no longer optional for your survival.

Hi SFD, this is a Facebook link to the developing story of Cienna, a young woman from Gosford, NSW. She has severe vax injuries and is being bullied by the Australian Government and Pfizer to stop talking about her injury. Pfizer has told her they will sue if she says the vax has caused her injury, the gov threatens to take all her social media down .

Another event cancelled because it sends the wrong message. 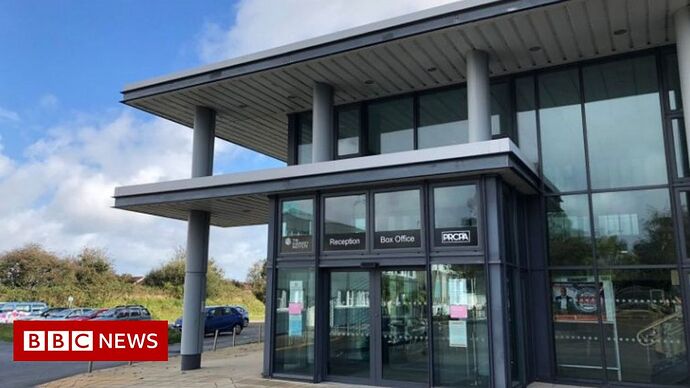 Organisers say the cancellation of their event is "an attack on democracy".

Ok. To summarise, our hospitalizations are now almost exactly where they were on 31 December 2020 so they’re jittery. And now they’ve quietly dropped the complete blaming of the unvaccinated. Their idiot modellers haven’t a clue so the predictions are scaring them.

Conspiracy Theory : Varadkar is actually following a Sweden March 2020 strategy without outright telling the population. ‘Must learn to live with it’. He thinks the vaccine efficacy lets him try this.

Most Likely Outcome: They’ll get lucky. UK hospitalizations has recently peaked. We will peak shortly at a lower level of hospitalizations because our Pfizer vaccines have more staying power than their AstraZenca and we have less obese black and brown people.

I think the winter effect is being discounted a bit in your analysis, I expect it to ramp up over the winter due to seasonal cycles (lack of vitamin d?) especially as vaccine effectiveness is decreasing.

“It’s not about stopping visiting. It’s about facilitating safe visits,” he added. 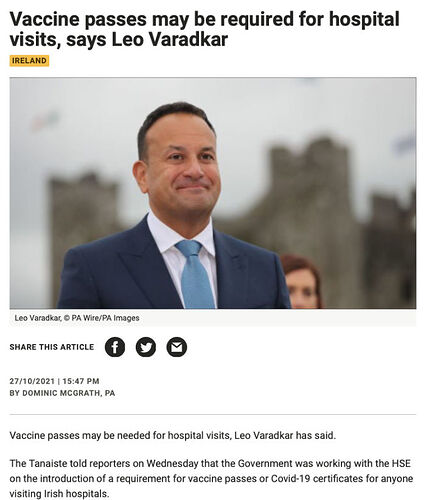 You mean the employer didn’t ask?

Do you know if they had consumed any cola beverages before the test?

Did you know you’re suppose to do a 24 hour cola fast before taking the test?

Did they know that?

I know, I wasn’t joking. You thought I was joking. You thought I was taking the piss. No really. The only safe fart is a dead fart. All those patients, in close proximity with the farting, squeezing their last fart out, trying to get that last fart out and take you down with them, these old farts, and they are old farts the average age is like 85 dying of the coivds. Twenty thousands boosters for those wielding their farts of mass destruction!

You mean the employer didn’t ask?

Yea but the looks on peoples faces in the office, what do they say?

Fully vaxed young one in the wife’s job tested positive and they were all sent home etc.

Wife tested negative initially and then tested positive second time round without displaying any symptoms.

The type of stuff that you used to see in movies set in the old eastern bloc.

Testing crowd - I assumed they’d have asked? No PPS nr asked for either.

I think you can wash down horse paste with a few swigs of cola.

Another example of admitting or using a historical awkward truth as a cover for next step.

Early reporting around bd this issue raised the before mass injections commenced, the worry was that the over confident vazzed would be silent asymptomatic spreaders, but then you hit the problem when you claim the majority are fully vazzed, that original concern does not apply and so is being used as a deflection or leverage from or for what?

Sounds like a solution to the recovery cert expiring!
Engineer a positive test result and get another six months licence to be part of the community.