Obey the rules and advice and live and let live

That doesn’t make much sense.

There are eleven (11) people in hospital right now, five in ICU. Highest figure in hospital since 1st July is 22. Despite an uptick in cases over the last few weeks we have recorded much less fatalities. Eleven days with zero deaths this month, also of the 9 deaths recorded July 23rd 8 were historical. We need to learn to live with this because an effective vaccine might never happen. The new normal cannot be a state of fear.

If they don’t find an effective vaccine within say the next 9 months or so, then I’ll return to hols, pints, etc.

Yeah, I heard someone (Luke O’Neill?) saying on the radio earlier that the hospital treatments are getting better all the time - reducing the chances of death. It’s a bit like HIV/AIDS all over again - they never found a vaccine but it isn’t a death sentence anymore. (That said, the deaths from Covid-19 are still overwhelmingly in the over-60s so not really comparable.)

I was als wondering why do you care if some cyclist uses a face mask?

Do you think it’s wise to potentially restrict oxygen intake while taking part in a high-intensity activity on a warm summer’s day?

I’m hearing that footfall in some UK High Street retailers has fallen dramatically since the mandatory mask rule came in. (I doubt whether many are using masks in the correct manner.) 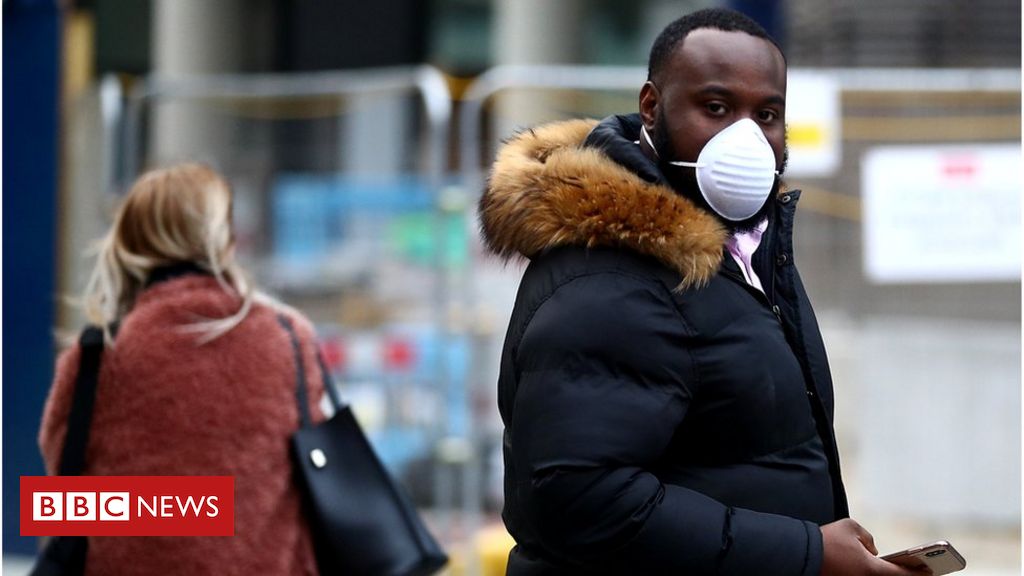 Should more of us wear face masks?

Experts are set to assess the value of face masks in helping slow the spread of coronavirus.

"Facemasks must be worn correctly, changed frequently, removed properly, disposed of safely and used in combination with good universal hygiene behaviour in order for them to be effective.

“Research also shows that compliance with these recommended behaviours reduces over time when wearing facemasks for prolonged periods.”

Decent article on The Fear here:

The Spain quarantine decision shows No 10 is still in coronavirus panic mode |...

The pandemic is leaving a trail of unreliable data. When it is converted to policy, there are huge consequences for us all, says Guardian columnist Simon Jenkins

This pandemic is encircling the world with a trail of unreliable data. Yet that data is converted into policies with enormous personal and economic consequences. Spain’s early test-and-trace precautions were reportedly poor, but its foreign minister points out that they are now stringent. As long as the pandemic kills people, extra vigilance is needed. But vigilance should embrace common sense and public confidence. Death rates across most of Europe are approaching the seasonal norm. It makes no sense to crowd planes but quarantine their destinations, to open cinemas but not theatres, to pack supermarkets but not cricket stadiums.

Not sure where you are hearing it from.

Not bore out by the google COVID-19 Community Mobility Reports either.

Smaller, independent shops have taken a hit…the limit on numbers and the face-mask rule has meant that many don’t bother going in for a browse.

(Happened me recently - had some essential shopping to do but couldn’t wait to take the bloody thing off my face. Would have wandered into a few bookshops, record stores and charity shops as I usually do - but was enjoying the fresh air that I was allowed to breathe-in properly.)

Herman Cain wasnt a fan of masks either before Tulsa…

Cain was hospitalized on July 2 after attending a Trump rally.

Smaller, independent shops have taken a hit…the limit on numbers and the face-mask rule has meant that many don’t bother going in for a browse.

(Happened me recently - had some essential shopping to do but couldn’t wait to take the bloody thing off my face. Would have wandered into a few bookshops, record stores and charity shops as I usually do - but was enjoying the fresh air that I was allowed to breathe-in properly.)

Is there a face mask rule by way of a law?

There is no statutory instrument from the medical tyranny other than the public transport dictate that I can see, no.244, - though I have seen it classified as governmental “advice” to wear a face covering with chatter that the initial reporting now seems to have been rather misleading but maybe I’ve missed other legislation issued elsewhere perhaps, I am open to correction.

All you can do as an individual is obey the health advice and rules.
If someone ellse wants to wear a mask while cycling ,or driving a car ( as stated by el diablo) is their concern and should not be allowed to bother us ie live and let live

A rather stupid conformist remark

As if dispensing with a mask is like drunk driving

Mask wearing rules are about as legit as a conspiracy theory.

No masks in March, masks now

Masks in shops not in pubs or restos

A rather stupid conformist remark

As if dispensing with a mask is like drunk driving

Mask wearing rules are about as legit as a conspiracy theory.

No masks in March, masks now

Masks in shops not in pubs or restos

I can see that they are necessary in ICU, hospital wards, surgery, hazardous waste disposal etc. No question.

But I have trouble understanding the need in shops but not eateries and so on.

Worn in England but not in Wales.

The reason for not requiring them in pubs or restaurants etc., is presumably not to make an already ridiculous situation even more farcical. (Just think about the amount of times you’d be pulling it up and down to eat, drink, talk etc.) If you really believed the virus was everywhere (which it isn’t) then you’d be spreading it all over your face and onto the mask.

I can understand why masks worn properly and disposed of after every close encounter, combined with a strict hand-washing regime would have some impact (in theory) But I haven’t seen any compelling evidence that the widespread use of masks in public makes much of a difference, if any. (I’ve seen studies where they measured the spread in certain regions and cities before and after mandatory mask rules came in. But without a control group during exactly the same period - it’s impossible to draw any conclusions.

The current wave of mask tyranny is more about keeping the fear alive through a constant visible reminder - not to mention virtue-signalling and attention-seeking by the usual suspects.

"...continues to demand from us quarantine measures, isolation, a curfew. This is nonsense. We will not dance to anyone’s tune..."

…Aleksandr Lukashenko asked the participants of the meeting how things were with the provision of foreign credit assistance to Belarus.

“What are our partners’ requirements? It was announced that they can provide Belarus with $940 million in so-called rapid financing. How are things here?” the head of state inquired.

At the same time, he stressed that additional conditions which do not apply to the financial part are unacceptable for the country.

“We hear the demands, for example, to model our coronavirus response on that of Italy. I do not want to see the Italian situation to repeat in Belarus. We have our own country and our own situation,” the president said.

According to the president, the World Bank has showed interest in Belarus’ coronavirus response practices.

“ It is ready to fund us ten times more than it offered initially as a token of commendation for our efficient fight against this virus. The World Bank has even asked the Healthcare Ministry to share the experience. Meanwhile, the IMF continues to demand from us quarantine measures, isolation, a curfew. This is nonsense. We will not dance to anyone’s tune ,” said the president.

Belarus is one of the only European countries that has not implemented strict coronavirus containment measures. The no-restriction situation is such that even the non-essential services remain open. The football league of Belarus is still being played. The only restriction kind-of step that Belarus took till now is that the school holidays have been extended.

What type of a mask are people using?

If you cant breathe through a mask there is something seriously wrong with the mask they are wearing or their health.