BG - you should talk to a doctor about this. Taking that level and still being deficient suggests that you could have an underlying issue. In general being a little deficient in vitamin D will not do you any harm. A lot of people here have deficiencies due to poor diet, Asians and Africans generally need supplements when they relocate to Europe. I take Vitamin D (basically one soluble tablet every week) in the winter even although I have a pretty good diet - I also take vitamin C all year round so I’m not against using supplements . I have regular blood tests but vitamin D level has never been an issue for me.

. I have regular blood tests but vitamin D level has never been an issue for me.

If those are GP blood tests you are getting then they probably aren’t checking for Vitamin D. It’s expensive to do and they need to keep it cold - do you see them wrap the sample in a cool pack ?

This says it all:

Sixteen percent of the participants reported taking a vitamin D-containing supplement (multivitamin), but this did not significantly influence the serum 25-OH D levels

My net recommendation is to get a Vitamin D test done privately. If it’s optimum then don’t bother supplementing.

The B12 healthy range guidance is stupid as well. I take 40,000% RDA of that twice a week. That’s what works for me. More than that and I was tapping my feet like Jesse from Breaking Bad.

I take Ultra Man multivits which have the best overall mixture that I’ve seen. Initially started using them a few years back for the high selenium which is good for treating restless leg syndrome which was really running me down due to lack of sleep. Cheesy name but c’est la vie.
I Parcel Wizard it from the UK Holland & Barrett as its not sold in the ROI for some reason - https://www.hollandandbarrett.com/shop/product/holland-barrett-ultra-man-multivitamin-caplets-60031489
Black Friday usually does a 2 for 1 offer and I buy a years supply. 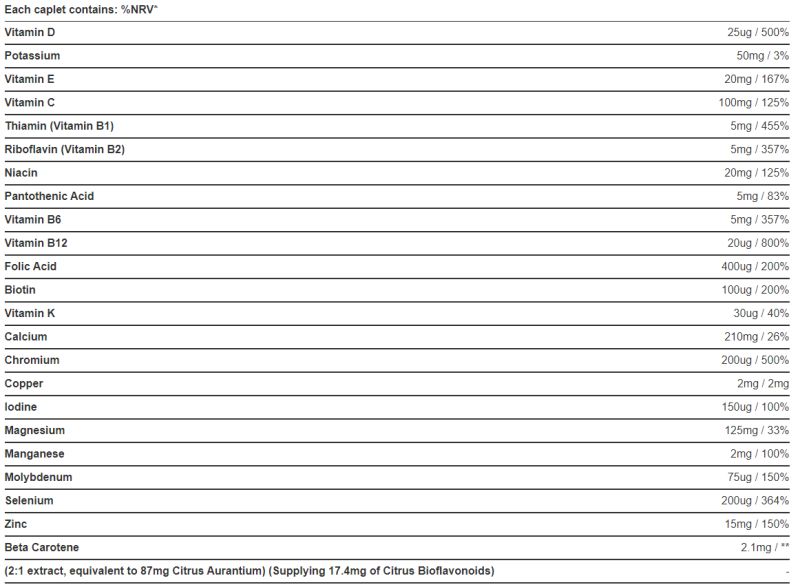 You seem to know what you are doing so, I’ve pondered why there isn’t more forceful advice about vitamin D for a years, one of the conclusions I came to was the fear that people overdosing would outweigh the benefits.

Sun is the most effective way of raising Vit d levels

An friend of mine that is a part time farmer attended a skin cancer prevention workshop, organised by some farming body and given by a dermatologist - he said the ‘advice’ was ridiculous - apply 25gr of factor 50 per limb every 2 hours or something to that effect, basically eliminating all UV exposure. Dermatologists need to do some joined up thinking with the rest of the healthcare community. Also the increased prevalence of UV blocking agents in cosmetics and other skincare products is relatively recent and would postdate a lot of studies about deficiency/ insufficiency IMO. The study I posted a few weeks ago about calcifediol and it’s possible role in near elimination of ICU admission for covid patients really makes you think it’s time for more comprehensive and forceful advice about vitamin D.

Just watched the video and starts off quite interesting, but rapidly goes into conspiracy theory land.
Then eventually turns into a sermon, targetting Abortion and Vaccination.

The so called “great reset” is something that does need to be looked at carefully as we’ve already lost a huge amount of personal freedom over the past few months and have to question how much will be returned to us and which freedoms we have lost forever (without revolution).

In Australia there is research that suggests the overuse of sunscreen is causing Vitamin D deficiency and related conditions like osteoporosis.

Sunshine is good for you, it has physical and mental benefits, day after day in the sun with no protection is not.

The Netherlands is the most densely populated of our major EU partners @ 521/km2 (Ireland @ 69/km2) and has recorded a quadrupling of positive PCR test incidence on the April peak but the death rate is roughly a tenth on the same period.

If that repeated here we could record 3k positive swabs and expect 3/4 deaths a day recorded as covid, NPHET swearing blind at every turn cases will mean deaths but not really quantifying them, they have an asymmetrical risk and smell of roses even if the IMF walk back in the door.

As someone posted on Facebook recently “no one seems to die from flu these days!” 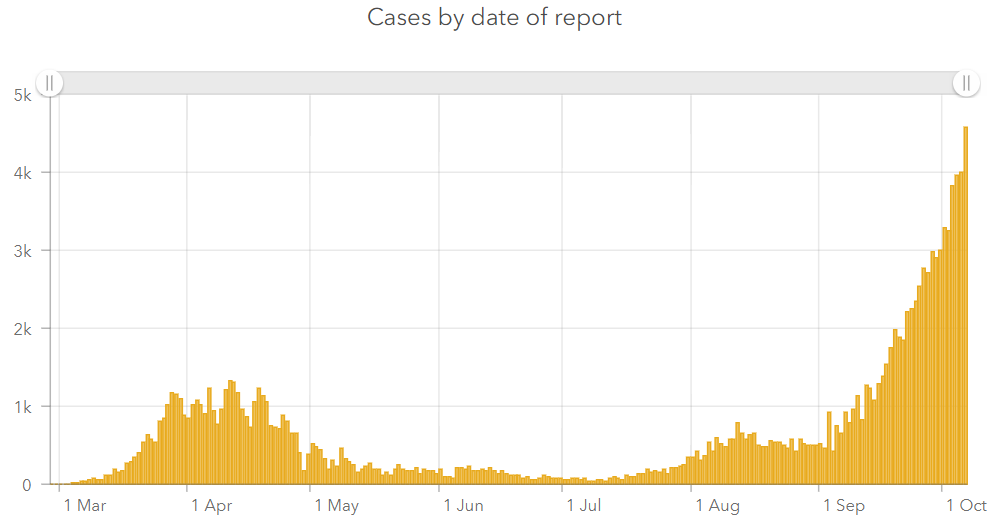 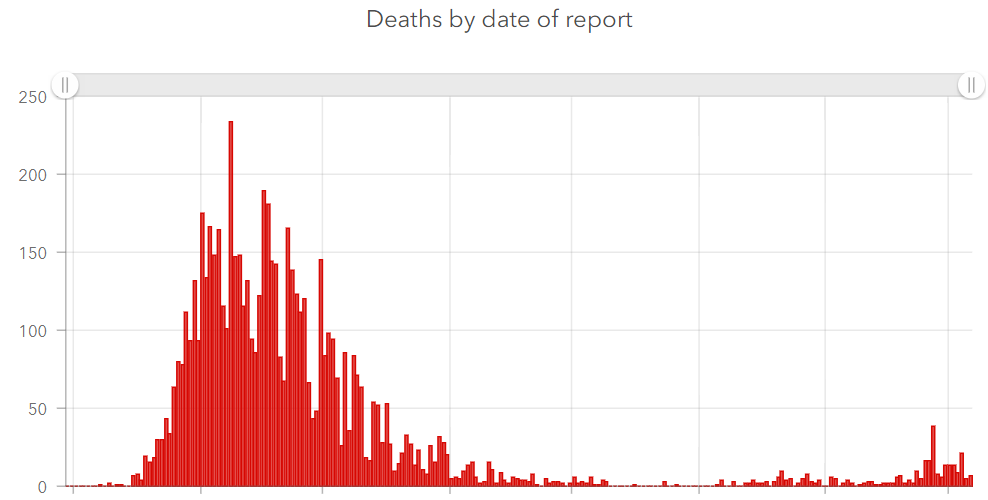 Anyone here been hit by Covid?

We’re all in the same household - yet only two out of four positives. And a positive and a negative sharing the same bed! The only conclusion I can come to is that two of us had it much earlier in the year and have some immunity.

I know nobody that has been ill or sick with anything more than a bad head-cold for a couple of days.

This Overlooked Variable Is the Key to the Pandemic

Am I right in saying Gardai have no powers to stop people leaving their counties?

They just ‘encourage’ you…

Tax, insurance, tyres, license . Make sure all of these are in order. Go live your life.

Anyone here been hit by Covid?

We’re all in the same household - yet only two out of four positives. And a positive and a negative sharing the same bed! The only conclusion I can come to is that two of us had it much earlier in the year and have some immunity.

I am still convinced that my wife had a dose in January (before the alarm bells sounded) and the rest of the family had no noticeable symptoms, did we get it or not, I don’t know.

Am I right in saying Gardai have no powers to stop people leaving their counties?

I surprised people are not more annoyed with this BS

I surprised people are not more annoyed with this BS

Why? Because people are willing to pay almost any price not to see scenes like the following in Ireland. The restrictions are enormously popular, or at least supported; they are fully within the power of the Government and the Oireachtas. People are well aware that mistakes are being made. People are also of the opinion that the restrictions are being put in place in good faith. 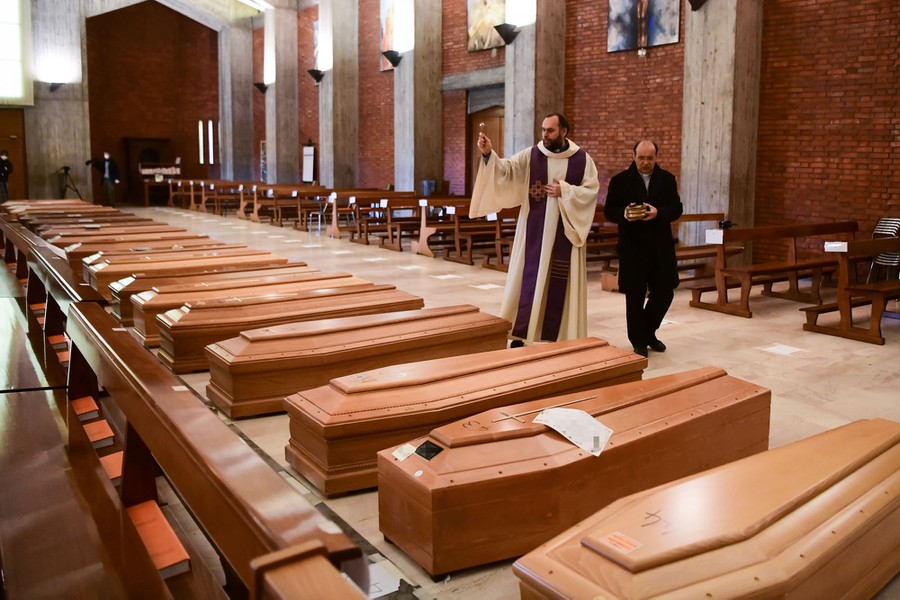 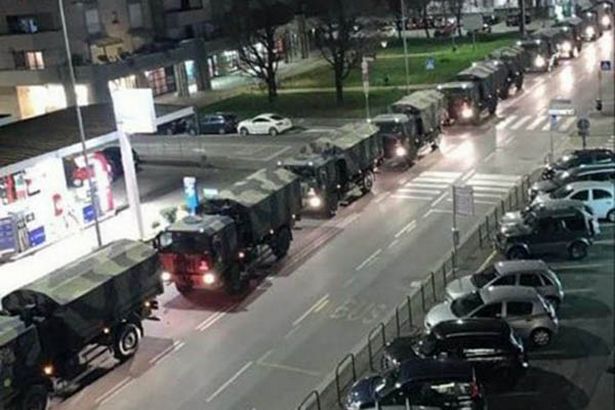 Martin Feeley on Newstalk this morning, talking about NPHET not having any skin in the game, focused solely on covid at the expense of all other issues and half joking suggests public service benchmarking be brought back as it might put some skin in the game for them.