Here is the WHO COVID tracker centred on Sweden,yes the number of cases is rising, not as fast as Ireland and the death rate is still “on the floor”, so different approaches, but similar results.

Looking at the extensive exemptions, it’s very different to the last lockdown.

Level 4/5 on the way in the next 3 weeks, Martin will bottle it.

I wonder will he give a “living beyond our means” speech to the nation 2-3 years from now where he announces reversing all the increases in ICU capacity and a ‘temporary’ higher income tax band for the ‘very wealthy’, doubt it, he knows this is his only turn at the helm and only has one last milestone to achieve, not being the Taoiseach with the shortest tenure in the history of the state.

From the article quoted above. 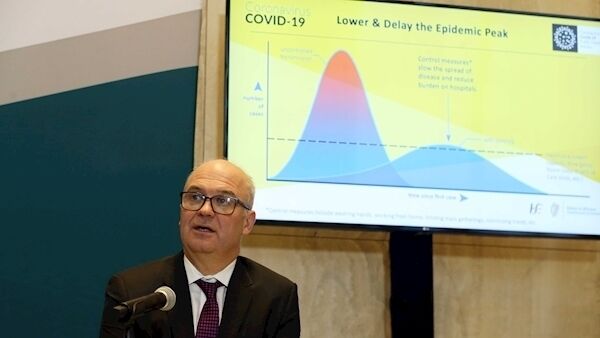 Going by the regimes own infographics from March they didn’t even flatten the curve, i.e. the measures had no affect on anything… know I’m sayin’

I’m surprised he didn’t start waving a picture of coffins in Italy at the camera. He missed a trick there. I see he’s one of the Year ZERO gang.

I heard Dr Tony on The News at 1. Complete lack of transparency. Brian Dobson (who is weak) asked about Metrics for getting out Lockdown. Dr Tony gave a Communications Clinic non answer. It was appalling.

Even Fergal Bowers is calling them out. 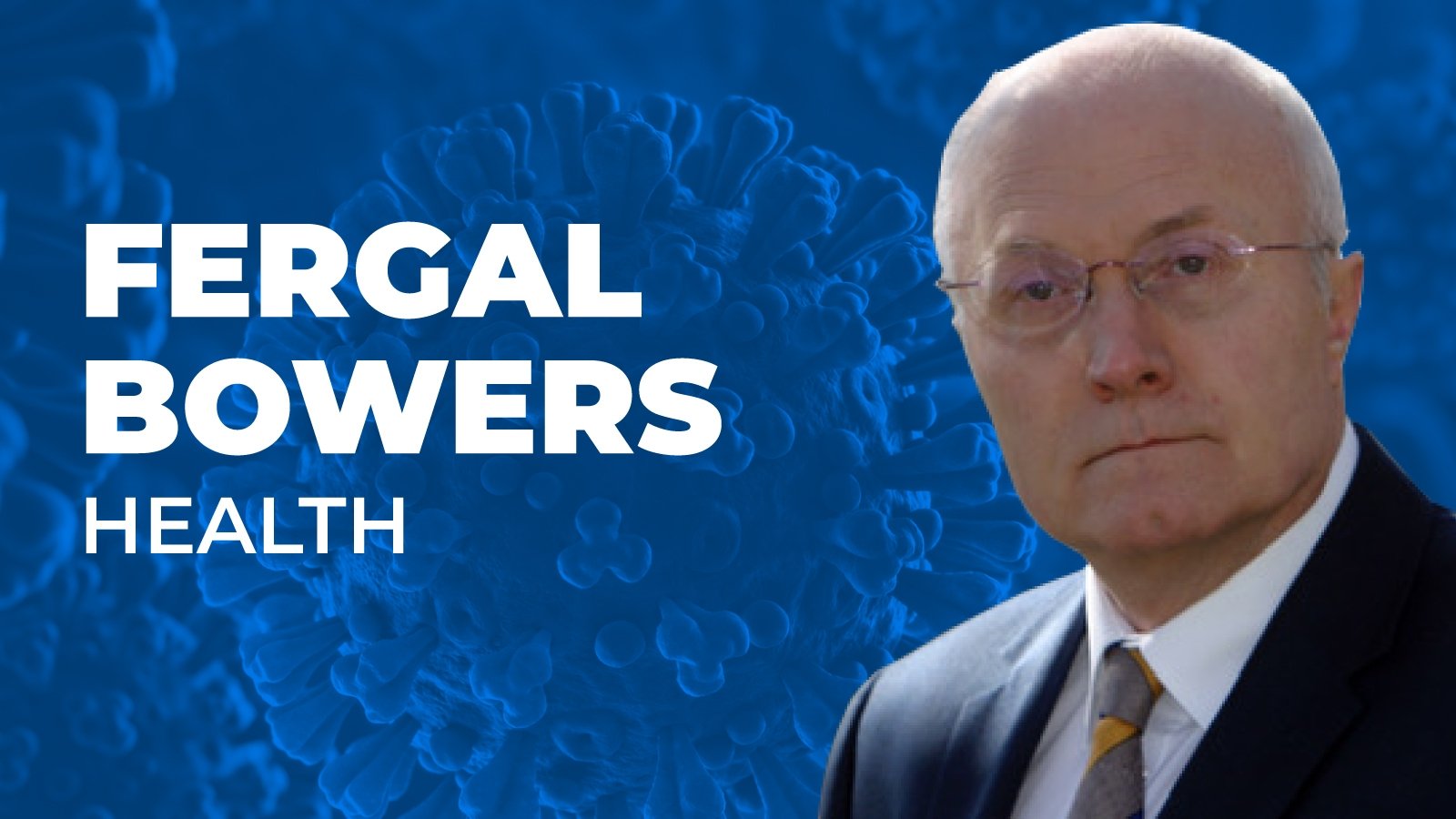 Basis for Level 5 decisions should be laid out in full

More openness about what we are truly facing over the coming months is probably needed.

Some common sense from an old man in a chair.

They Don't Want You to Know Any of This

International best-selling author, Dr Vernon Coleman MB ChB DSc FRSA, analyses what has happened in his most sensational, revealing and explosive video shreds government policies and the mainstream me...

The gap between predictions of COVID-19 deaths in Africa and what has actually happened is staggering.

I would have thought the obvious answer is age and the proportion of people living until their 80s is pretty small.

Any predictions for how this will work out?

In complete contrast to last March, there is massive resistance to Lockdown 2.0. And it’s coming from all quarters, including the business community, politicians, a growing number of media commentators and most of all - from large sections of the public.

My own prediction is that it’ll begin to crumble within two or three weeks, with incremental tweaks and relaxation of some of the measures.

Holohan said earlier today that 100 cases a day by Dec 1st would be a “success” but I don’t trust any of the numbers and they can be engineered by testing rates anyway.

I would have thought the obvious answer is age and the proportion of people living until their 80s is pretty small.

Exactly, when Robert Mugabe died last year at age 95, he was probably the oldest person in Zimbabwe, where life expectancy is just over 60, for Africans this corona virus is at the bottom of a long list of worries

Too much tin foil for my liking!
Never conflate a series of acts involving incompetence & bad data into a planned course of action by ?

Except for their governments who seized the golden opportunity to crack down on the populations with draconian laws that interrupts all forms of dissent, allowing for arrests that they otherwise wouldn’t have been able to carry out.

My own prediction is that it’ll begin to crumble within two or three weeks, with incremental tweaks and relaxation of some of the measures

I don’t think so. Water protests aside, this country was docile during the GFC and is even more docile now. I don’t see it crumbling. It will be like the plastic bag tax - that sour look on the face as you gather your few bits of shopping in your two hands.

The public will punish at the Ballot Box

McDowell is appearing on The Tonight Show this evening with that clown Gerry Killeen, should be entertaining as he can debate and argue since that’s his bread and butter along with his experience with the GFA and government.

I fully expect Killeens childlike political naivety WRT the north to be laid bare as it relates to the potential for dystopic, poverty stricken era that would make Venezuela look good and have our youth long for a chance to emigrate there if we pursued a Zero-Covid strategy.

How did this shape up in the end?

I don’t think so. Water protests aside, this country was docile during the GFC and is even more docile now. I don’t see it crumbling. It will be like the plastic bag tax - that sour look on the face as you gather your few bits of shopping in your two hands.

The public will punish at the Ballot Box

Ive come to the conclusion that the above applies to about 60 to 70 per cent of the population.

I think there is a sizeable, quite diverse minority of anything from 20 to 40 per cent depending on the issue who are simply unrepresented across every aspect of public life.

Theyre generally of any one or more of the following, - nationalist, traditionalist, anti/non woke, libertarian, anti abortion, catholic, unenthusiastic about mass migration, many are also immigrants from parts of Asia and Eastern/central Europe, anti feminist etc. Most dont agree on everything or even a lot but I think all are now anti lockdown. Throw in a lot of SME owners and service industry workers and you have a significant group of people who are unlikely to be caught bleating about chemtrails or the NWO at the first sight of a camera.

The most postive thing that could come of this whole episode would/could be the emergence of a genuine anti establishment political force, coalesced around the defence of basic civil liberties and both enlightenment and traditional christian values rooted in individual rights and freedoms such as freedom of speech / assembly etc.

I saw it suggested on a political irish thread, perhaps yesterday that after Christmas easing of restrictions it would be back into a new round of further restrictions early in the new year… and then this appears today!

Yesterday, ministers agreed to impose the highest level of restrictions under the Government’s five-level plan from midnight on Wednesday for six weeks in a bid to curb the spread of Covid-19.

The Taoiseach said the measures were “necessary” because the “virus thrives on congregation”.

“Where large crowds gather together the virus spreads,” he said.

“That’s the fundamental truth and therefore we have to avoid large crowds gathering in any context and moving and engaging.”

I find it interesting that this has appeared today. I’d almost think this is a little cry for help, one or more may feel they are in a little too deep at this point, maybe I’m dreamin’.

My one hope for Martin is that he wasn’t “supposed” to be taoiseach at this juncture-the election should have been Leo’s coronation with a big majority following years of subversion of Irish democracy into a series of PR circuses. Unfortunately for Varadkar the rainbow and unicorn entertainment show has already soured as young people wake up to the innate emptiness of it all and realise all they got was a bunch of shit tattoos and their chances of owning a home reduced to zero.

MM isn’t part of the same club that’s plotting our downfall and that could be what saves us. He just needs to fully understand what’s happening, be brave, and do whatever it takes. The potential upside for him is unlimited-save Ireland, Fianna Fáil (and himself), the world, and put half the Blueshirts in jail.