Pity they don’t give the ages of the 4 critical people and the 1 that requires oxygen. Would be interested to know this, and any other health information on them.

From Wuhan tourists to Singaporean cabby: A detailed look at the 40 coronavirus...

Over the past two weeks, since the first case was reported here, 40 people in Singapore have been infected with the novel coronavirus. . Read more at straitstimes.com.

Info on 40 cases in Singapore, I haven’t gotten through it all yet but that info could be in there

My god, it’s going to absolutely explode in Singapore. One or two of those cases arrived on January 18/19. Some people arrived and travelled around for a week. One lady had changed hotels about 5 times before she went to the hospital. Imagine how many people she must have infected. One person was in Marina Bay Sands. That is the focal point of Singapore tourism. Gambling, sightseeing. It’s a constant stream of tens of thousands of people. Thousands of people will have been there and travelled around the world also afterward. The city should really have been shut down already to contain it but it probably won’t happen for another few weeks. I’d say there are easily ten times the number of cases in Singapore right now at a very very conservative estimate (just look at the increase in cases in Chinese cities that have been locked down since Jan 20).

The whole lockdown was few weeks too late. There could be some dangerous tensions in China after panic come down due to hiding of info from people.

Some of the videos coming out of China as described in previous posts.

3 more cases in Singapore now bringing the ‘official’ total to 43. Local transmission cases exceed imported ones also. Worryingly 6 of the 43 are critical. Also, median age of the infected is 41. Maybe this reflects the touristic nature of Singapore. I still feel there are hundreds of cases there.

Another anecdote, from me, I know someone from Denver, Colorado, and her flatmate has the flu. He thought he was better and then he came down with symptoms again. He works in an Amazon fulfilment warehouse in Denver. Could be totally unrelated, as the CDC said it’s not likely that the virus could survive on packages from China, but, it’s still interesting to me. (oh, he can’t afford to go to the doctor as healthcare is too expensive in America… I wonder if they’ll regret making healthcare so expensive there).

From Wuhan tourists to Singaporean cabby: A detailed look at the 40 coronavirus...

Over the past two weeks, since the first case was reported here, 40 people in Singapore have been infected with the novel coronavirus. . Read more at straitstimes.com.

Still also seeing these bizarre videos that keep cropping up. A lot of them are of people that seem young enough. It’s very weird that they can be walking along fine, not stumbling, and lightly falling to the ground, but instead, it’s as if a switch goes off in their brain and the lights go out completely. Clearly this guys heart had stopped also as they then use a defibrillator on him. The people in the comments on twitter are saying that the accents sound like it’s one of the surrounding provinces to Hubei. They could be fake video’s or unrelated but it’s a very bizarre thing to see. The one from Shanghai from a couple of weeks ago was definitely in the Shanghai metro and looked recent enough. It was at a very popular stop that was pretty empty at the time.
I’ve never seen anything like this where people seem to be able to walk, support there own weight, have enough energy to get where they are going… and then, not lean on anything, or get weak, but just drop dead. Seems like something from a movie.

人走着就倒下了 多处陈尸街衢 人们不敢上前救 而是躲远 People fell down while walking. People dare not come forward to save, but hide away Videos let you perceive mortality, many without even abnormal signs https://t.co/VrNBUBudaU
AWAAF 2020-02-09 19:58:09 UTC #371

i haven’t watched the videos but from my experience of pneumonia collapsing in the street would not be very far fetched. I am guessing in Ireland anyone with pneumonia would be in hospital or at home with others out on the street addressing their needs. China may be different. Lockdown China may be very different. Of course these pneumonias may also be worse and with cardiac complications. #laymanspeculation

Heavy industry is everywhere there, so pollution is great.

It usually turns into a viral pneumonia with zero immune system protection. One of the main differential diagnostic symptoms is depressed blood oxygen level. So a few days of untreated development could easily lead to blackouts which would collapse the patient with little ability to move afterwards. They may or may not be conscious but they would be no condition to help themselves.

As for medical treatment my guess is that the Wuhan area hospital ER/ICU’s went to full disaster triage mode about two weeks ago. Which is probably why so many medical staff were patients in the most recent patient study paper. Medical staff being highest priority category patients.

For huge disasters like this medical staff and first responders have highest priority for medical treatment. Then its those who have the the highest probability of recovery, younger, no serious preconditions. Everyone else get shifted out of ER where they are left to their own devices. Thats just they way it works in huge natural disasters when patients overwhelm available resources.

This may come as a shock to those who have never lived in areas susceptible to large natural disasters. That after the Big One, or local equivalent, hits not only have you to look after yourself for at least 5 to 7 days afterward but all emergency response and medical treatment will be severely limited and rationed. Battlefield triage in worst case scenarios. Only treating those who are the best investment of very limited and constrained resources. Given Irelands complete lack of any meaningful disaster preparedness, a completely shambolic medical system, and no actual defense forces to fall back on as a last resort, any more than a few dozen serious 2019 nCoV patients would probably collapse the system.

I cannot imagine any preparation having being done for a serious triage system in the worse case scenario so what resources available would soon be used up by the old and already sick who have very bad recovery rates, denying treatment to those with a many times greater probability of a positive response to treatment and a successful outcome.

At the current rate of development we should know in 4 to 6 weeks just how this will eventually pan out. One way or the other.

Thousands on cruise free to go after virus tests

Some 3,600 people can finally disembark in Hong Kong after tests for coronavirus return negative.

Did I miss something? No quarantine now? Is that how we’re playing now

Keep your tinfoil hat firmly on for this one but…

Data from https://t.co/oDMad8pquE shows a massive release of sulfur dioxide gas from the outskirts of Wuhan, commonly associated with the burning of organic matters. Levels are elevated, even compared with the rest of China.
Open_Window 2020-02-09 23:46:21 UTC #376

If you’re going to go there, then put on the hazmat your granny knitted you for Christmas and walk this way…

While many were wondering about R0 rates and what not, it didn’t take long for chatter online to wonder is China simply culling its own people like it did half it’s swine stock, when dealing with last years swine flu - then the above chan posts image appears a day or so ago compounding suspicions.

Sixty more cases of coronavirus have been confirmed on the Diamond princess cruise ship, domestic broadcaster TBS TV said via Twitter. NHK Japan is also saying around 60 new cases have been identified, quoting the health ministry.
That brings total cases on the ship docked in Yokohama, south of Tokyo, to 130, according to TBS.

Cases on Diamond Princess docked in Japan rise to 130 as death toll inside China jumps to 908 with more then 40,000 infections.

Yes, I have a feeling that they are actually causing people to get infected there now. They should have taken them off that ship. I also heard that they still have only tested a few hundred people. How long does it take to test for this? It seems ludicrous.

A number of outlets are reporting Coronavirus is airborne, for e.g.

A Chinese official has confirmed coronavirus can be spread through the air.

4 new infected in Britain. They’d been to Chamonix, France where that family had been. 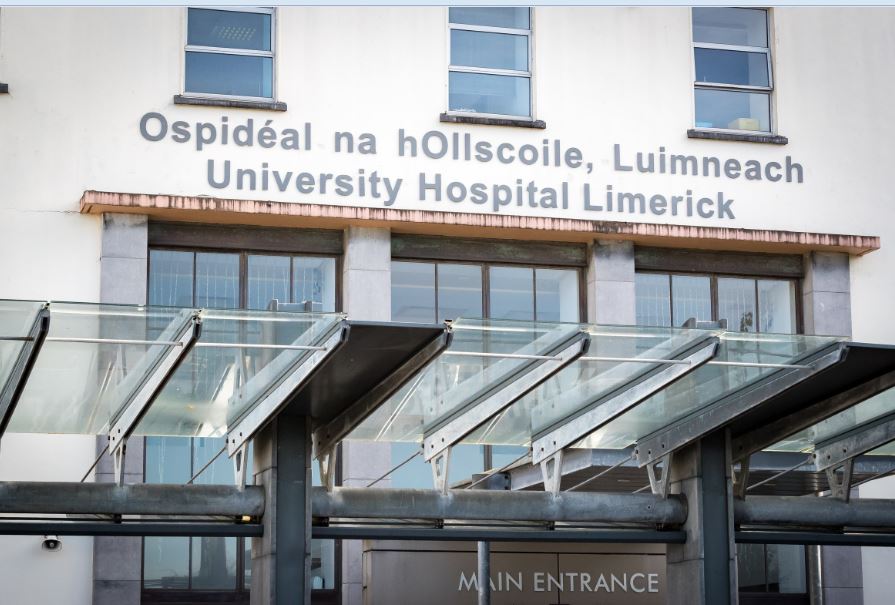 It's been confirmed that the four suspected cases of coronovirus at University Hosptial Limerick have all tested negative.

Indeed staff in Dublin told to work from home amid fears of possible coronavirus...

Around 1000 Dublin based staff at one of the country's biggest tech multinationals have been told to stay away from their office to prevent possible exposure to coronavirus.

Experts have blamed a form of systemic inflammatory response syndrome called “cytokine storm” for killing some novel coronavirus (2019-nCoV)-infected patients who were not very sick in the early stage of infection but eventually died of multiple organ failure, according to Chinese media reports.

Anyone able to verify this link somehow

Cytokine release syndrome, also known as an infusion reaction, is a form of systemic inflammatory response syndrome that arises as a complication of some diseases or infections, and is also an adverse effect of some monoclonal antibody drugs, as well as adoptive T-cell therapies. Severe cases have been called cytokine storms. The term cytokine storm appears to have been first used in 1993 in a discussion of graft vs. host disease; CRS as an adverse effect has been known since the approval of the...