It’s a witchunt, nothing less. 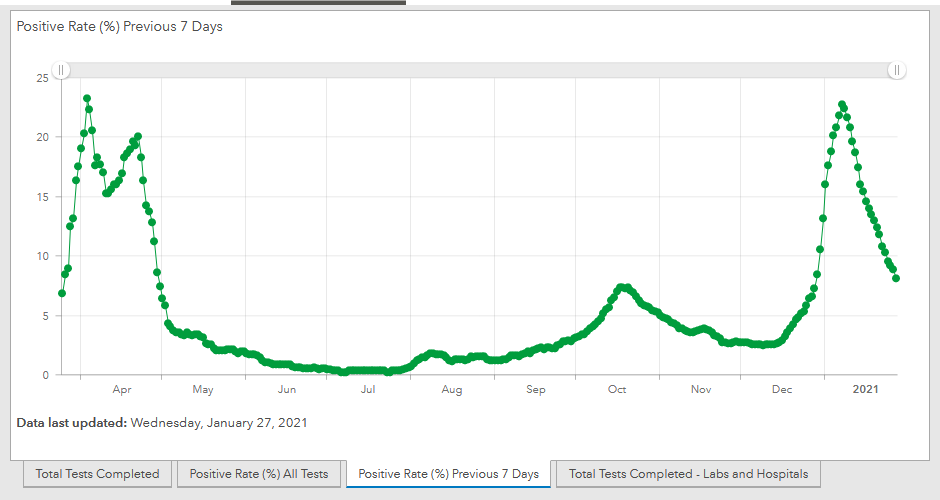 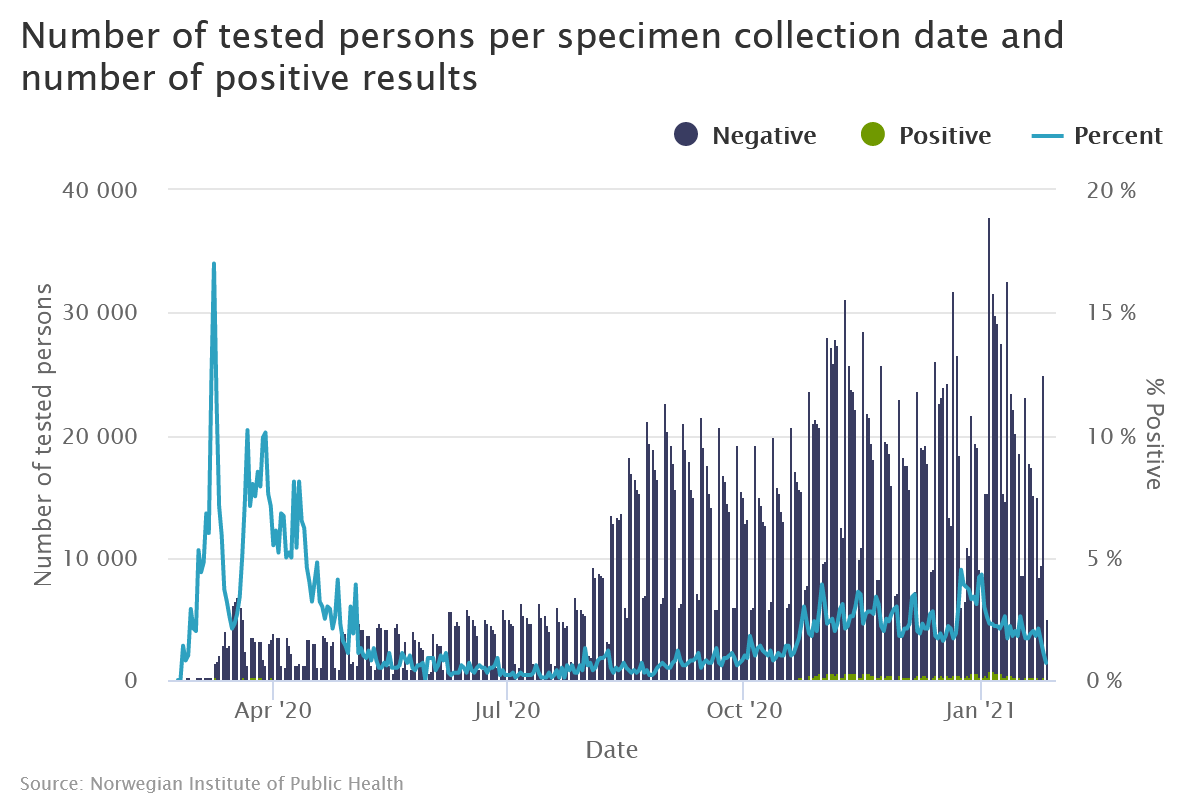 Daily report and statistics about coronavirus and COVID-19

Here is a selection of key data and statistics about SARS-CoV-2 and COVID-19 disease in Norway.

The early peak in both charts is due to all initial tests being under pre-COVID clinical testing rules. So high prevalence probability. Low false positive probability.

So if you divide the HSE numbers by 4 you get the value that a competent national health service using very liberal clinical testing criteria would get. So there was the usual pre Christmas early flu-season bump , happens ever year, but Norway barely got over 5%. Nowhere near the HSE’s fantastical 22%.

Referral to the Health Sub-Committee

The Medical Practitioners Act 2007 (MPA) sets out in a very formal way, the regulatory pathways of referral to the Health Sub-Committee. The underlying principle behind the establishment of this Sub-Committee is to support doctors in the maintenance of their registration during illness and recovery, where there is no patient risk that could be subject of a complaint.

As such the Sub-Committee also continues to offer its support and advice to medical practitioners referred through third parties or self referrals. Referrals are treated as confidential within the Sub-Committee, and may be useful as a support not only to the doctor with an illness, but also to their treating doctor.

A third party referral or self referral to the Health Sub-Committee is not subject to Fitness to Practise procedures, unless there are patient safety issues involved.

Many search engines use parts of the google databases for their search results.
including duck duck go, I don’t know how “raw” the data is available to the other search engines.

Will we be getting the “we all partied” narrative again do you think?

Ah Yea but if they go to Keelings and sign up to pick strawberries for a season, the balance of the universe is restored. No bother!

expect it to be extended anyway…

Just looking at this curve again and realized that its not a 7 day window average (which is sorta useful) but a bog standard simple moving average. Which tells you little.

So on December 27’th a new testing capacity comes online and for the first 5 days the results are total garbage. Maybe up to 6X the “positive” rates of other labs. About five days in someone tries to tweak the testing line and the magnitude of garbage results are reduced but still probably at least 4X greater than any other lab producing testing data. A week later, on January 7’th, whatever was producing the tidal wave of false positive lab results was fixed and the new testing lab was no longer producing huge numbers of false positives The new testing lab was no longer producing positive results that were 4X to 6x higher frequency than other testing labs.

But because the HSE seem to be using a simple moving average that ten plus days of garbage data has taken almost 3 weeks to exit the curve. Its now around 7%. Which is close to what the actual peak would have been in the last week of December / first week of January if it was not for the garbage lab data starting on December 27’th.

So all that panic for that last month was purely due to a testing lab producing a huge volume of totally bogus false positive test results for about 12 days. Nothing more. Quite separate from the usual false positives.

And many people high up in the NPHET, the HSE and the Dept Of heath knew all about this complete unreliable and invalid test data and did nothing. For a start the garbage lab data could have been removed from the official data until the lab problems were remediated. Instead they have just covered up the fact that they had fucked up. Yet again.

Respiratory viruses always give peak infections this time of year. Apparently Coronavirus has replaced influenza in the virome, as we have no flu cases.

Well at a probable real peak of 7% and a HAI rate of at least 70% for Irish hospital and the fact its currently the first wave of winter flu season which fills up ICUs to overflowing every year (when there was 120) there is your 200 plus. Unless those in ICU had viral pneumonia / ARDS they had basically zero probability of an active SARs Cov 2 infection.

You do know that the majority people in hospital in Ireland with an actual SARs CoV 2 infection seem to have got in while in hospital. So with a hugely inflated false positive numbers from late December a lot of old and sick high risk people would have been as a preemptive measure been admitted for inpatient treatment where they would have a high to very high probability of getting a actual SARs CoV 2 infection. Because they would have been stuck in the COVID wards.

Thats why sloppy and unreliable testing is so dangerous. False positives kill people. It actually greatly increases the numbers of those infected and kills large numbers of old and sick people.

If you still can’t see I’m afraid I can’t help you . When you do see I hope too the damage has been limited.

Do you have the same for 2019 as well, as I believe the first wave hit around November 2019

Apart from sporadics the probability of any noticeable infections outside China in November 2019 is basically zero. The Taiwanese would have been on top of the story from the very beginning (as came out after teh SARs CoV 1 outbreak in 2003) and it seems it was only in the third week of December that very high level discussions in Taipei were started about shutting down air transit with China. The Taiwanese CDC notice of December 31’st would only have been made public after going through a lot of very high level political and business negotiations inside Taiwan. So I think what the Taiwanese did and when the did it is a very good indication of the spread of SARs CoV 2 inside China. And outside too. Sporadics yes, which show up in seroloigical studies. But anything that would show up in national public health statistics basically nil.

I found some more here:

European Centre for Disease Prevention and Control give monthly updates, but don’t always quantify the data with any granularity - they report risk levels and strains from what I can see… 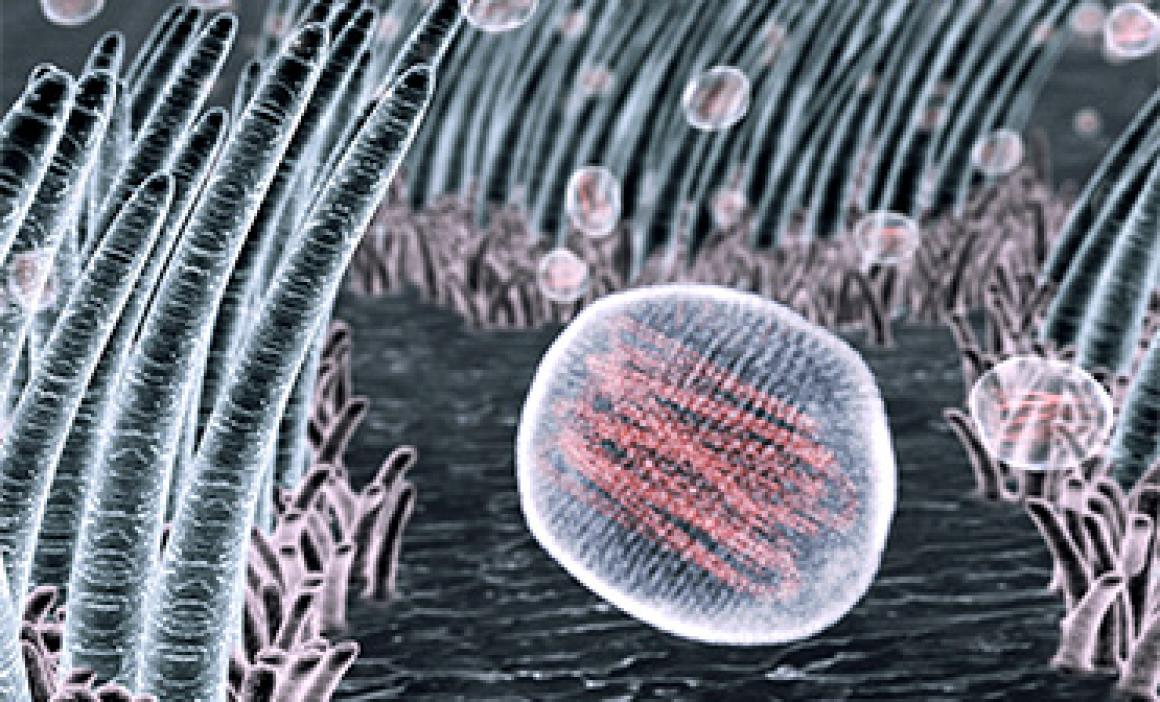 Seasonal influenza is a preventable infectious disease with mostly respiratory symptoms. It is caused by influenza virus and is easily transmitted, predominantly via the droplet and contact routes and by indirect spread from respiratory secretions on... 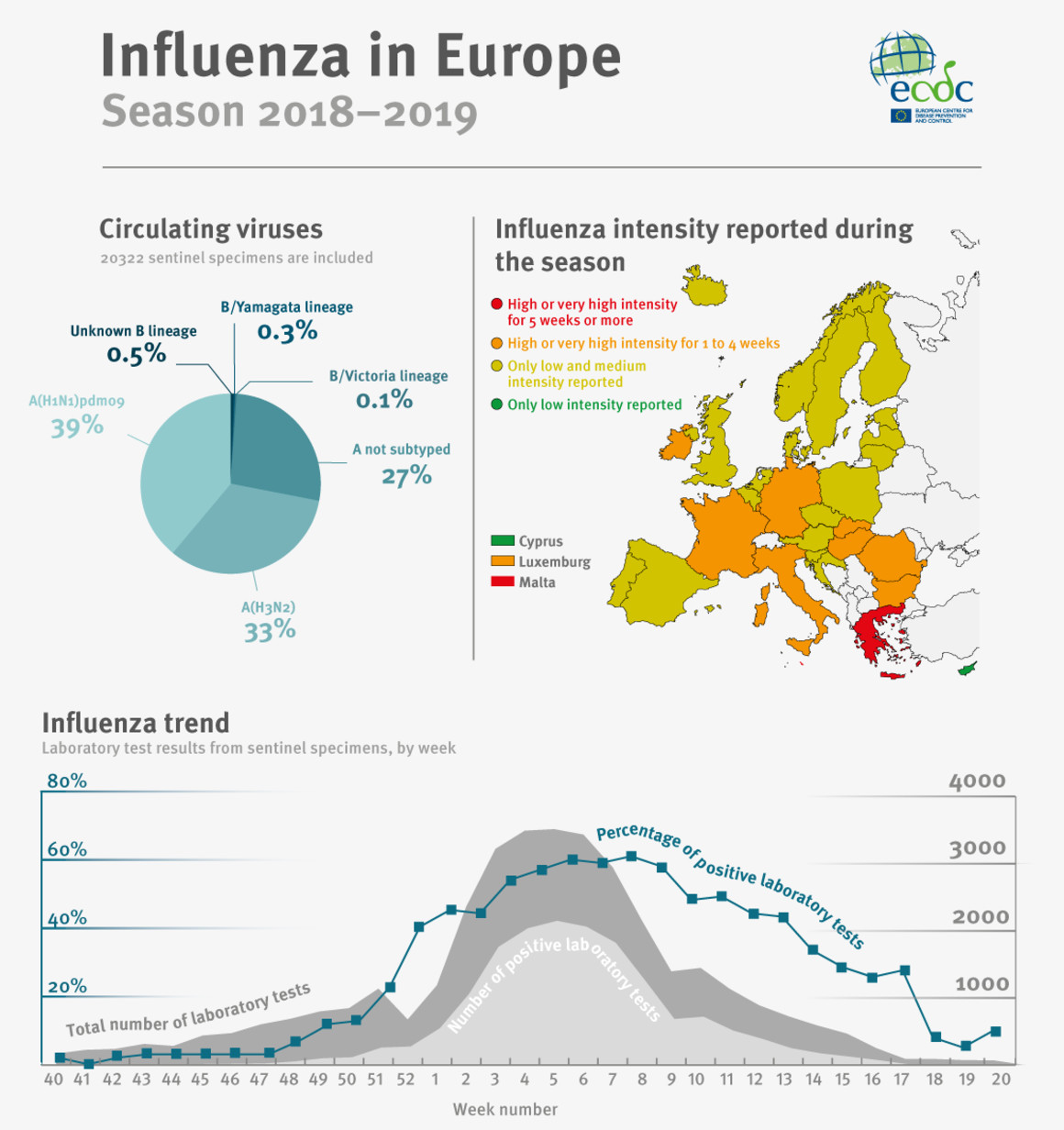 This infographic summarises the influenza season 2018-2019.

Thats why sloppy and unreliable testing is so dangerous. False positives kill people. It actually greatly increases the numbers of those infected and kills large numbers of old and sick people

Likewise with iatrogenic injuries from biopsies etc. following false positives in screening programmes. Or costs (both emotional and financial) of the tests which are taken after the false-positive, and subsequently show the all-clear.

There is a real infection circulating. A nasty one, but PCR is problematic as a diagnostic test, and the government has never given a **** about trolley counts and full ICUs before (Including from our seasonal flu), other to pay lip service to it.

We went from “we have a plan to stop #COVID19” to “we can’t do anything to change the trajectory, we are in for 660,000 deaths before we turn the corner, wear two or three masks and get your anus swabbed” in just one week.