Almost impossible in Ireland with our

The Guardian article is total garbage. As to be expected.

Taiwan has a massive civil defense infrastructure to deal with actual very real threats of chemical and biological attack made by mainland China. Taiwan is in a state of war. The Taiwanese CDC had a very detailed pandemic disaster management plan and infrastructure greatly expanded due to its experience with SARs in 2003. Taiwanese intelligence had been keeping very close watch on what had been happening in mainland China during the second half of 2019. On December 31’st 2019 the situation was so serious in mainland China that the Taiwanese CDC triggered the pandemic disaster plan and it was this , and only this, that forced the mainland Chinese government to make its first public notification to the WHO.

On December the 31’st the full disaster plan was set in motion which include the activation of multiple Taiwanese army and civil deference NCB battalions to take care of all contact tracing, detentions and related measures. A role they had already trained for. These troops and associated government officials, it was a very extensive fully integrated operation, had full access to all real time cell phone records and tracking and had very wide power of detention and testing. Due to Taiwan being in a state of war.

Not one single part of the Taiwanese response or plan applies to any other country in the world , apart from South Korea. The only other country currently in a state of war and with a large NCB civil defense infrastructure. And all the civil powers that go with that.

The article is so fucking stupid on so many levels. Nothing about the Taiwanese experience applies to any western country. In any way. And I can guarantee you that in 10 years time the prevalence of SARs CoV 2 in the general population in Taipei will be about the same as every other country. Because of, you know, science and stuff.

But as the typical Guardian reader is a closet totalitarian the readers will get their little frisson of self righteous indignation from the article. Its true purpose and the only reason it was written.

Wonder what prompted this? Fear of mass protests probably… 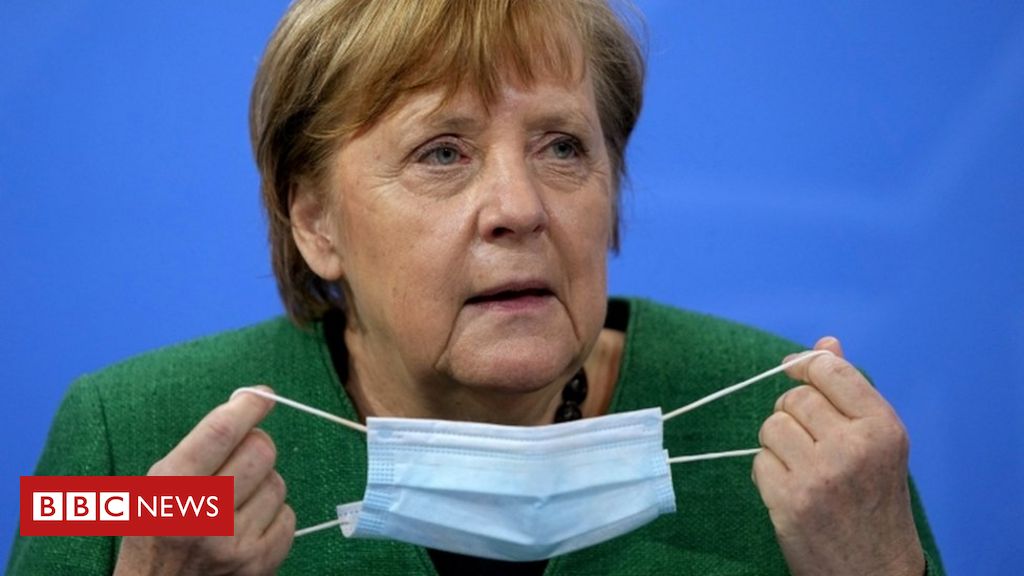 Chancellor Angela Merkel describes the proposed five-day lockdown over Easter as a "mistake".


But the plan was reversed following a crisis meeting on Wednesday.

It had been widely criticised by business leaders and scientists.

The lockdown would have been Germany’s strictest yet, with most shops closed and gatherings limited.

For five days over Easter from 1 April, Germans would have been asked to stay at home and reduce social contact.

The head of Mrs Merkel’s Christian Democratic Union (CDU) party, Armin Laschet, told a regional parliament meeting on Wednesday that the lockdown was “not enforceable in this form”.

“This mistake is mine alone,” Mrs Merkel told reporters in Berlin. “The whole process has caused additional uncertainty, for which I ask all citizens to forgive me.”

Ah no. It was Science of Course.

The CDU and SPD’s had catastrophically bad state election results last week. Voters were most unhappy about the COVID cockup. Merkel governs by doing nothing actively decided to “do something”. She has only “done something” once before - when she allowed in over 1 million illegal immigrants because of the bad political optics in the German media at the time. This time there was massive push back immediately from the states. A whole bunch said they would ignore the Federal government because it was so stupid.

Nothing about Merkels politics makes any sense unless you remember that Putin has the Statsi file on the Kasner family and Merkels father actively worked for the East German security apparat. There again two wings of the SPD are now wholly owned political subsidiary of Rosneft and Gasprom .

In reference to Dr. Varadkars latest demoralisation move here, below is a graph plotting the cases and labs volumes for the period in question and also the run of case numbers based on the unreliable PCR tests that easily creates fake positives, but used none-the-less to sustain the imposition of lockdown. 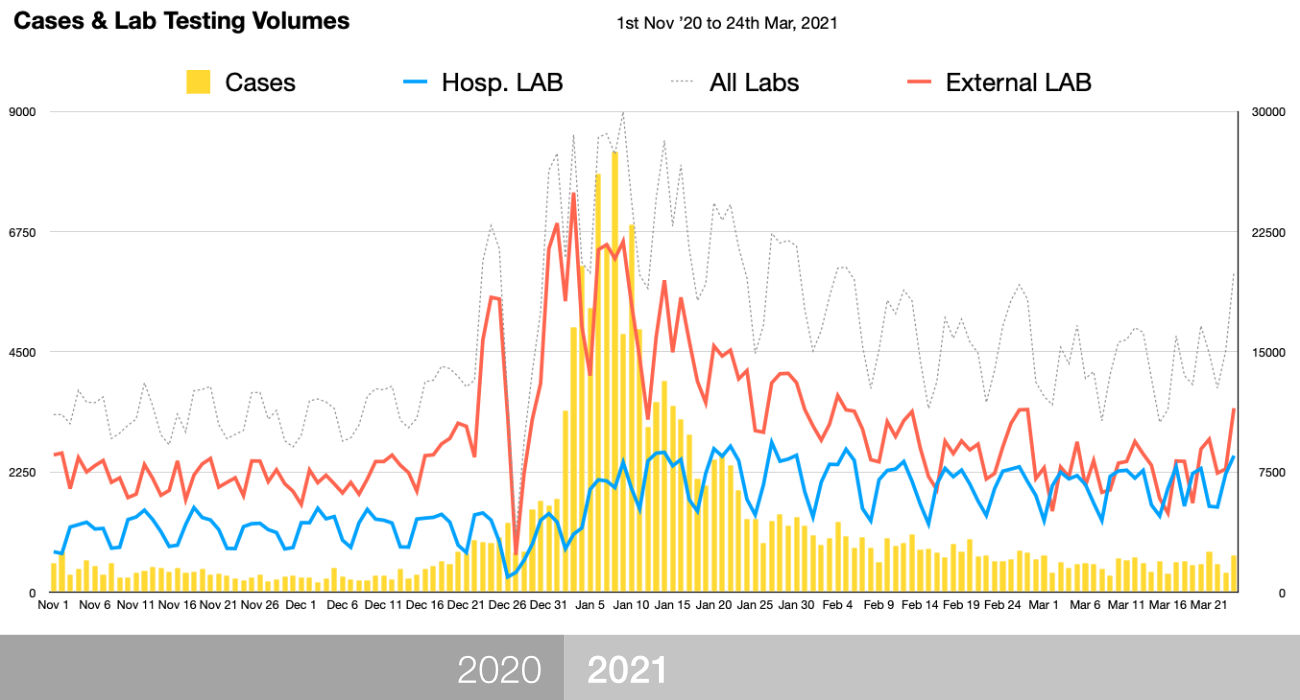 Note the doubling of testing volume (blue line) for the Hospitals, and the comparative drop in Lab volume to the point they are even by March, nothing like that has happened before in the pattern of volume testing, the external Labs have always been the source of the case increase numbers (headlines), never the hospitals. 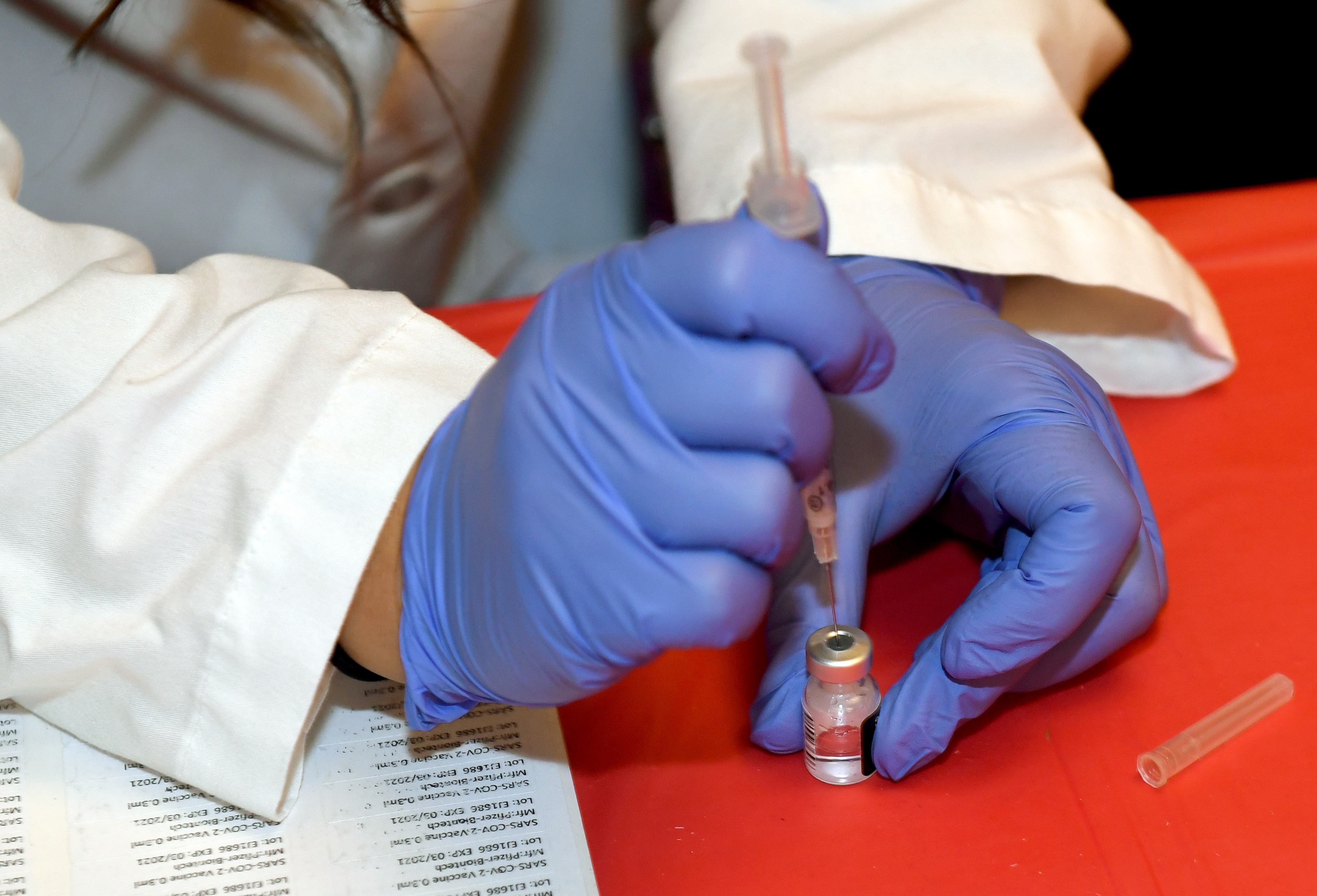 For all of our sakes, the time has come for an impartial and thorough investigation into how this terrible crisis began.

Nothing about Merkels politics makes any sense unless you remember that Putin has the Statsi file on the Kasner family and Merkels father actively worked for the East German security apparat.

If that were the case her position on Russian sanctions, the war build up in the Ukraine and Navalny ect would all be very different, the simple truth about Merkel and almost every other western leader is that they are total clowns, it must take a real effort by Putin and Jinping not to laugh every time they deal with them

The Nordstream story is very illuminating. Especially with the internal German politics. Thats the only story that matters in the bigger picture. Until Merkel shut down nuclear Germany had some energy wriggle room. But since then Nordstream is vital. Merkels support of Nordstream over the last decade in her maneuverings is what you need to watch. The Russian “sanctions” are a smokescreen, mostly coming from Brussels and ignored on the ground in Germany. As is their huffing and puffing about human rights in China. The Ukraine war was an EU foreign policy operation that went very very wrong. A bigger version of Georgian overstretch in Ossetia and Abkhasia. But with much more catastrophic results. In the same way Obama owns Syria and ISIS the EU owns the war in eastern Ukraine.

Exactly, everyone knows the type of person who gets involved in politics, student or otherwise. Look at the career timeline of Michael Martin, student politics geek - briefly a teacher - nearly 40 years as full time politician.

Is this a man capable of conspiracy, original thought, change? No.

As you say, same is true across Western, governed by clowns with no experience of reality.

Is this a man capable of conspiracy, original thought, change? No.

For the first all he has to do is follow orders…

Vaccine hesitancy has risen sharply in France since countries across Europe suspended the AstraZeneca jab amid reports it causes blood clots.

This news item deals with a poll on the perception of the AZ/Oxford injection.

The equivalent figure in the UK is 9%. Considering the only news consumed outside of the Regime here is usually British it’s important to remember that ‘vaccine hesitancy’ in Ireland is minor compared to continental Europe. Important to consider this while divide and conquer tactics are used against us on a daily basis.

This news item deals with a poll on the perception of the AZ/Oxford injection.

The equivalent figure in the UK is 9%. Considering the only news consumed outside of the Regime here is usually British it’s important to remember that ‘vaccine hesitancy’ in Ireland is minor compared to continental Europe. Important to consider this while divide and conquer tactics are used against us on a daily basis.

It’s a false dilemma, they’re all bad gringo’s but since people can only focus on one bad guy at a time (says the media-framing) the others sneak past.

The other thing is do you know what secret agreements for example the Provid Regime has entered into with the funny-money-men and the narco-pushers to dance to a particular tune?

Did you see anything reported in the media? Hmm?

Think hard. Think about what Dr. V said and the beginning. Think about MM’s all on red - Compare and contrast to other counties and other information.

Consider would it be different or the same here. Is it more likely to be the same since everything else, all the propoganda-set-pieces are the same, all the moves are more or less the same that we see, so would the other things we do not see also be the same, less same or none at all.

What are all the scandalous, criminal, immoral, unethical and other hidden things that 30% money from the Regime makes sure never sees the light of day in the media… what an operation.

I just saw another “government information video” has appeared on my facebook page, the comments posted below it are almost universally critical of the governments handling and overreaction to the situation. The tides really turning against then now.

If Bill Gates was particularly fiendish he could run the AZ/Oxford debacle as a false flag operation to kettle people into the hands of Pfizer/Moderna mRNA hell.

I’m getting too good at this for my own liking

If Bill Gates was particularly fiendish he could run the AZ/Oxford debacle as a false flag operation to kettle people into the hands of Pfizer/Moderna mRNA hell.

I’m getting too good at this for my own liking

Thats a more perfecter way to put it, I likes.

You might also say the media are the thin blue line kettling peoples minds into the arms of the white coats.

This is worth watching. 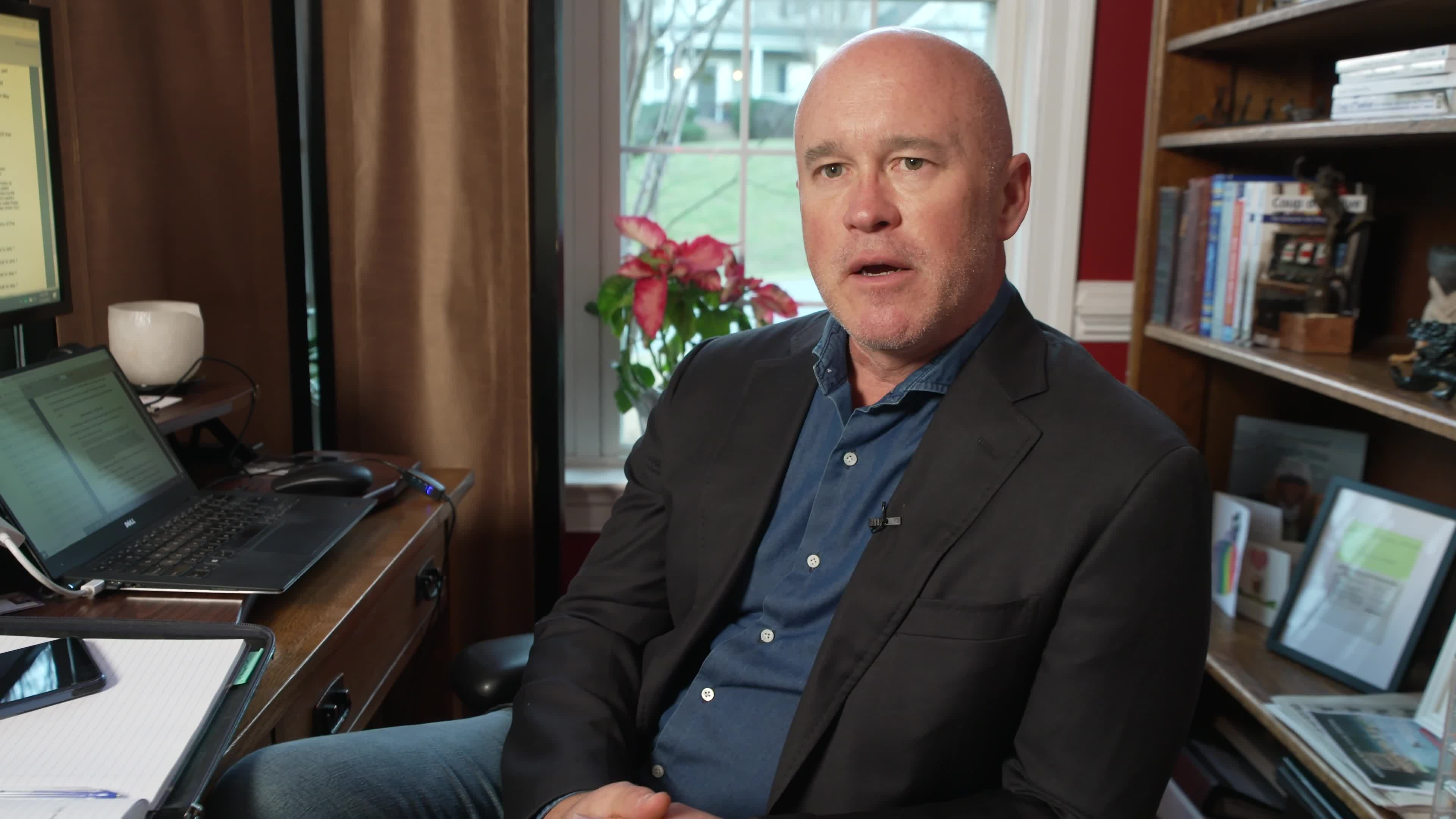 This sit down interview with David Martin is the longest of our interviews. It has covers more material of all we have done. It begins with some issues in the patent system. Moves onto the patents sur

Europe is grappling with a third wave, but could the US soon join it?