See how easy Freedom is ?

Gun C: pretend you got the jab. And that Dymphna in the HSE must have typed something in wrong.

Page contains a link to the Oxford risk calculator - which may be an overestimate, as was developed last summer after the first wave which did exist, and carried away the truly vulnerable.

Forcing health and social care staff to take a Covid vaccine would lead to "resentment and mistrust", says the Royal College of General Practitioners (RCGP), which boasts a membership of over 50,000 GPs in the U.K..

Join us for a discussion you won’t hear on RTE…

All these experts, from across diverse fields, take part in a round-table discussion, addressing the main issues affecting us over the past year.

The is a large body of public health literature over the decades about just how counter productive coercive vaccination is. As long as the vaccinated population gets to the base vaccination rate for a particular disease that’s all that matters. So 50% for something like the flu (and SARs 2) , and 80% / 90% to the very virulent childhood diseases.

The only reason for trying to force a very high vaccination rate for something like SARs, 90% plus, is if the public health authorities have little faith in the actual efficacy of the vaccine. If that were the case then a 20% population vaccination rate would have pretty much the same outcome as a 95% rate with a low efficacy vaccine. Not much at all.

And yet they are still pushing for the vaccine passport in the EU parliament.

SPACE - Nobody Can See Your Scream

Thanks for posting,
they are basically defining reality and exposing the truth in Ireland. This is exactly what this government, nephet and the RTE propaganda machine needs! Journalism is non existent and everyone afraid of losing their jobs. Hopefully it will all come out in the end and we get to vote a new government in - Rimtards the lot of them!

The scariest part of all this is realising just how hollow the fourth estate is, and how many individuals must be complicit. Or else happy to close their eyes and ears to feather their own nest.

I’ve no first hand experience or observations, other than perhaps a recent development in the past month, but the data and narrative just seem/seemed wrong. Case fatality rates not as high as expected, HCQ utterly demonised (an old, safe drug!), flip-flop Fauci changing his mind on masks etc. and other inconsistencies.

For those who have seen the nursing home deaths, or been in virtually empty clinics, as Dr McCloskey suggests, how can they keep quiet?

Although people bitched here about the media in 2008 onwards having known many journalists over the years I always explained that the reason why the scandal stories were rarely covered is because the journalists knew that the Irish reading public did not give a damn. The public might love to bitch and moan on the Joe Duffy show but journalists knew from bitter experience that if they stuck their necks out and covered the scandals stories, all of which were very well known at the time, all you would hear from the pubic was “sure, they are all the same…” and nothing would ever be done. Nothing. The only people punished would be the innocent. Never the guilty. The nadir of this being the Beef Tribunal where the only person who spent time in jail was a journalist trying to report the story.

So the journalists said, fuck it. And I cannot blame them.

But that was back when people could actually make a reasonably well paying living in journalism. Not any more. Only the affluent and stupid or the politically motivated enter journalism now. You could make far more money even as a stringer in the 1980’s and 1990’s than as a full time “journalist” for any of the current media outlets. The legacy guys hanging in till they get their pensions still get union rate (and better). No one else does.

Half of all media advertising spend in Ireland is with RTE. No other western country has such a state media monopoly. RTE news for as long as I can remember has only employed really terrible journalists with family or political connects. It has always been the state propaganda outlet. Since the day Radio Eireann was founded.

Of the two main print media outlets one is bankrupt and in terminal decline and the other is slowly running down its trust fund. So one is a very bad Daily Mail clickbait clone and the other is an embarrassingly bad clone of the Guardian. Neither will survive the decade in their current form.

Both are desperately looking for state handouts. Which is why they have toed the government line 150%. They are looking for some kind of government bailout at the tax payers expense.

If there is to be any kind of independent news media in Ireland RTE needs to be abolished. Either take away their advertising revenue or take away the license fee. Either way Donnybrook would be cut down to size and its utterly malevolent influence seriously curtailed. Either the license fee or advertising income would easily cover the cost of the two channels that account for over 70% of RTE’s viewership/listener-ship. RTE One/ RTE Radio 1. And if they had the same manning levels, pay and ratio of administrative staff to production staff as UTV they would even make a nice profit. But at least 1400/1500 of the 1800 plus current RTE employees would be fired.

That sadly makes sense. With all the tribunals etc. we’ve had, and people still voting in the same old shysters back into the Dáil. Or their children if things got a little too hot.

I know one national journalist very well - lovely decent guy (to everyone) & great company - but no, he doesn’t make waves 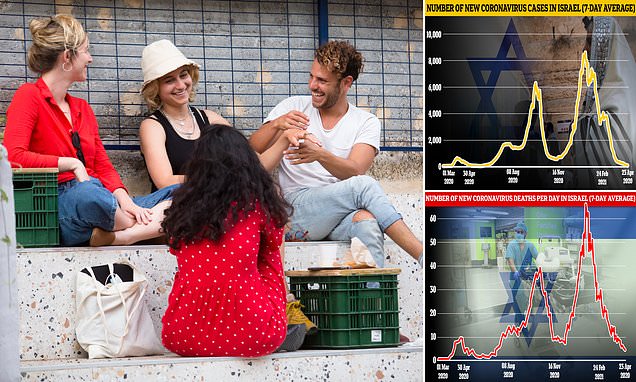 For the first time in 10 months, Israel haven't recorded a death related to Covid-19. Data shows their national total staying on 6,346 deaths.

Sure that’s occurred at least 8 times this year and many times last year, according to the official figures for Ireland.

Are these the deaths you’ve been waiting for? 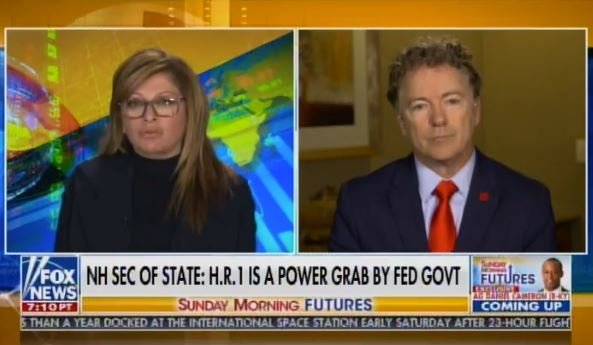 Senator Rand Paul: Dr. Fauci Must Answer Questions on Why He Continued to Fund...

Senator Paul, “There’s a huge ethical question about the origins of the virus. The ethical question is should we be doing gain of function, should we be upgrading animal viruses in the lab to make them more susceptible to humans… We have to ask Dr. Fauci, why did he in overseeing these labs allowed gain of function? Why did he allow labs to get money to upgrade animal viruses so they can infect humans? We got worried about this around 2 or 3 years ago. We closed down about half of them but then Dr. Fauci and his committees opened them back up. We need to ask him why are we doing this in China but are we doing this in the US?”

Now while you let that sink in. Let’s have a look at some of the popular Art Of War quotes and see how we get on.

“So in war, the way is to avoid what is strong, and strike at what is weak.”

The Menace is truly weak if it exposes itself openly, so it moves to hit the most vulnerable first, the weakest members of your tribe. The elderly were the obvious first targets. We know the kill rate. They are hitting your children hard too.

“Those skilled in warfare move the enemy, and are not moved by the enemy.”

Since you are the enemy of the Menace, you have been psychologically manipulated into celebrating and demanding your own downfall.

“Know your enemy and know yourself and you can fight a hundred battles without disaster.”

You don’t realise it, but you are in a war everyday, your enemy knows you better than you ever imagined. You have been studied - facebook, twitter, instagram, google and so on, have mined what they believe are the keys to the kingdom, your mind, and few noticed.

“Begin by seizing something which your opponent holds dear; then he will be amenable to your will.”

So they went for your freedoms, you consented to temporarily imagining they did not exist, but the Menace does not want you to stop imagining it’s victory over you, and so if you get anything back it will be but a facsimile, there is no plan to let you imagine the gold of your life reside in your treasury, that would spell defeat for your persecutor, The Menace.

“If he is in superior strength, evade him.”

Humanity far outnumbers The Menace by orders of magnitude, so to remain invisible to all those eyes and ears, it has convinced that multitudes that it does not exist.

“All warfare is based on deception.”

FYI - Ivor Cummins posted a link to a copy of the full Hope-Simpson book on influenza.

It seems to be pretty bad in India.

It seems that the wealthy and the middle class have been impacted.

Usually only the poor bear the brunt of hardships in that country.

She’s incredIbly on message and incredibly articulate when it comes to the open border global science citizen world on brink of another dying collapse mega death event… meanwhile, do we know if her father was very old, handy any underlying conditions, had any experimental injections?

India started injecting it’s population back in November 2020, possibly the earliest in the world. So they’re far ahead of the curve

However, what else could be in play?

I asked a doctor in India (a fellow who is on the ground and not compromised - unlike most of those reporting on what is happening in India) about what was occurring there with COVID-19 and #Ivermectin, and this is what he explained to me.