They do a cholera vaccine too - interesting I did not know that was available now!

The Russians are developing an inactivated virus one too - CoviVac

Although at this stage, given the level of coercion to take the vaccines, I’ve got the the point of being stubborn about any of them.

In the mainstream media now…

I think thiswas a post to a twitter Acc with a video (no longer there) of British health minister laughing while pretending to cry.

The man whom was the source of his amusement was the first man to get the experimental genetic shot, while 81, he has since died of a stroke. RIP. 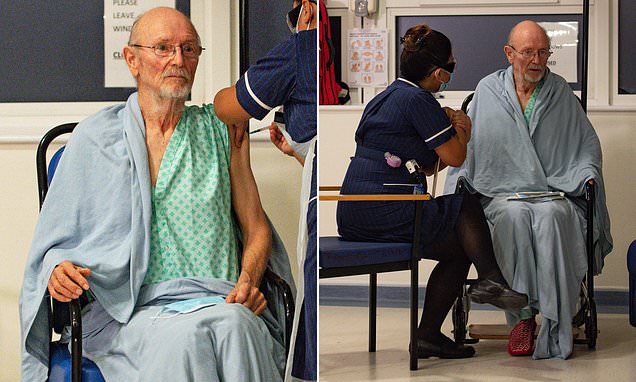 William Shakespeare, first man in world to get Covid jab dead at 81

Bill, as he was known, made global headlines on so-called V-Day on December 8 when he received the Pfizer jab at the University Hospital Coventry.

The guest of Edyta Paradowska on PL1.TV was doctor Piotr Rossudowski, spokesman for the Polish Association of Independent Doctors and Scientists. The subject was, among others deaths from COVID-19, people who received the vaccine.

The Ministry of Health has released the statistics of people who died from COVID-19. Do the data really show that more vaccinated people die from COVID-19 than those who did not receive the preparation? 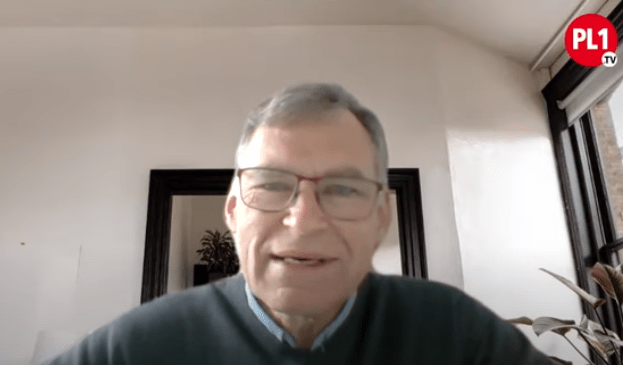 Mask mandate and use efficacy in state-level COVID-19 containment

Background Containment of the COVID-19 pandemic requires evidence-based strategies to reduce transmission. Because COVID-19 can spread via respired droplets, many states have mandated mask use in public settings. Randomized control trials have not...

Mask mandates and use are not associated with slower state-level COVID-19 spread during COVID-19 growth surges. Containment requires future research and implementation of existing efficacious strategies.

A quick note, if it has not been documented already, but over the last few days and perhaps a little longer, the US msm narrative has shifted, flipped on covering the Wuhan lab origin story, you know “China Virus”, now even facebook no longer bans discussion of such things. All nicely sync’d. 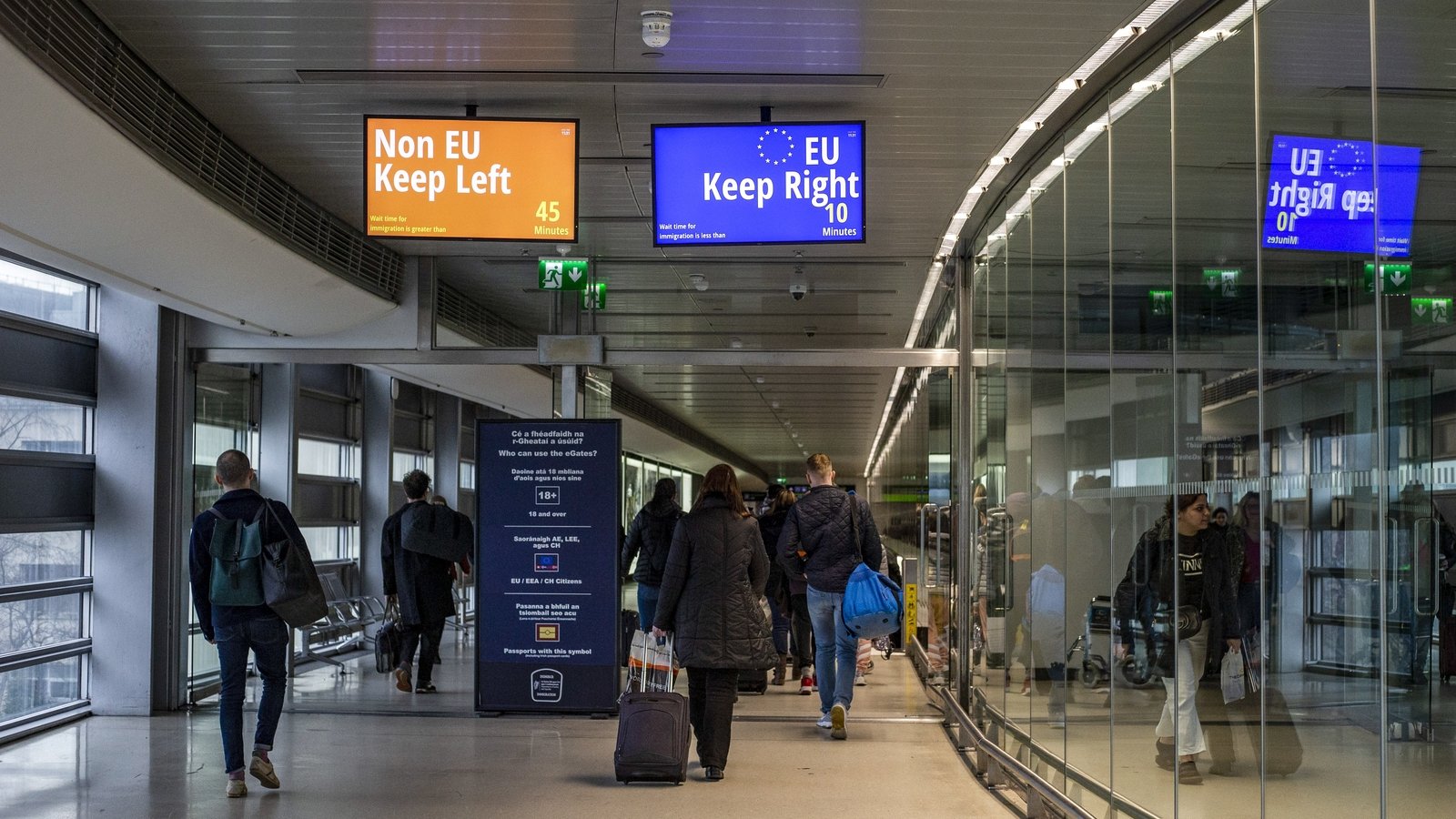 The Cabinet has approved several measures that will allow for a further reopening of society and economy during June, July and August.

Do you spot the subtle ‘flex’ from our Open Borders Irish leadership ?

‘Reminder, you are worthless. You’ve made many sacrifices. And I know New Zealand and Australia closed their borders and were able to enjoy close to normal life for the last 17 months. But the same week that we allow you back to normality - like eating indoors - we’re going to open our borders so the parents and grandparents of Moldovan delivery drivers and Indian visa workers, who we haven’t been controlling can come and go even freely. Hail Open Borders’

Well the variants thing may be losing steam…

So after poo pooing the lab theory last year maybe they’re planning to get people scared about a bio weapon aspect.

That’s been circulating for a year.

Or more, according to one theory…

Does he ever give up with the sermonising…take a holiday Tony.

Some craic around town today.

Tony’s 15 minutes may be drawing to a close

Remember his shock at the empty hospital in the beginning back in 2020 and then telling people not to put off going in if they needed care?

Vaccine efficacy is generally reported as a relative risk reduction (RRR). It uses the relative risk (RR)—ie, the ratio of attack rates with and without a vaccine—which is expressed as 1–RR. Ranking by reported efficacy gives relative risk reductions of 95% for the Pfizer–BioNTech, 94% for the Moderna–NIH, 90% for the Gamaleya, 67% for the J&J, and 67% for the AstraZeneca–Oxford vaccines. However, RRR should be seen against the background risk of being infected and becoming ill with COVID-19, which varies between populations and over time. Although the RRR considers only participants who could benefit from the vaccine, the absolute risk reduction (ARR), which is the difference between attack rates with and without a vaccine, considers the whole population. ARRs tend to be ignored because they give a much less impressive effect size than RRRs: 1·3% for the AstraZeneca–Oxford, 1·2% for the Moderna–NIH, 1·2% for the J&J, 0·93% for the Gamaleya, and 0·84% for the Pfizer–BioNTech vaccines

Number needed to treat is the other one to look out for, also rarely reported.

Have any of you had a mammogram or colonoscopy?
Both of these are common screening procedures widely considered effective.

I think you need to do your research. And learns some basic maths and clinical process.

Screening is not injected the subject with experimental vaccines. Not one single person of the tens of millions screened in these various programs can be shown to have died as a result of the screening process over the last few decades.

So far there have been several tens of thousand of adverse effect mortalities from the SARs vaccines,.

One provably saves lives without harming anyone. The other might save a few lives while killing and maiming tens of thousands.

Those numbers in the paper are actually very good considering the paper was written 20 years ago and based on trial programs. The full national programs instituted since then have screened tens of million of women and saved tens of thousands of lives.

The actual number of lives that will be “saved” by this low efficacy short acting SARs 2 vaccine, people of very low risk of viral pneumonia (low PSI/PORT), no comorbities etc, will be unlikely to break the 5 figure in the next 12 to 18 months. For US, EU and UK.

The vaccine will not reduce the mortality rates of those with high PSI/PORT scores. They will just die at the same rate of other causes of viral pneumonia. And unlike all other previous pandemics of the last 130 years younger people with low PSI/PORT just dont die very much from SARs CoV 2. But they die at a much higher rate from the vaccine than they do from SARs.

So the vaccine will kill far more people that it might plausibly “save” in the next 12 to 18 months. Far more.

And far more people will die in the next 5 to 10 years from preventable cancers due to all screening and most treatments being stopped since the start of the COVIDIAN Panic than could ever be possibly be lockdowns.

Thats the science. Thats the mathematics.

Not one single person of the tens of millions screened in these various programs can be shown to have died as a result of the screening process over the last few decades.

I can think of one, my uncle died following a colonoscopy, they ruptured his lower intestine and he died of septicemia. A rare outcome, yes I would imagine so but I doubt that it’s a unique one.