Yes, there certainly appears to be an element of casedemic about the figures, like just how many did they test to come up with those numbers and how many are old cases.

Exactly OW. South Africa seems to be the training field before the Stalingrad Battle which we are to experience here in Europe and especially in US.
I wouldn’t trust the Rep-Dem paradigm especially after it was found how Florida sneaked the compulsory vaccination in antilockdown bill.

Interesting videos in this thread

In the interests of understanding what is happening globally, and in Ireland, rather than doing what we are doing, which is fighting a losing battle, what springs to mind is the very real human (and animals in their own way) condition of panics.

The Irish Fright was a mass panic that took place in England in December 1688, during the Glorious Revolution. It accompanied the final days of King James II's regime after his initially thwarted attempt to flee into exile in France. Troops of the Jacobite Irish Army were stationed in England to prop up James II's authority but were widely detested by the predominantly Protestant population of England. Rumours began to circulate in mid-December that the Irish soldiers were preparing to carry ou...

In social psychology, hysterical contagion occurs when people in a group show signs of a physical problem or illness, when in reality there are psychological and social forces at work. Hysterical contagion is a strong form of social contagion; the symptoms can include those associated with clinical hysteria. In 1977 Frieda L. Gehlen offered a revised theory of hysterical contagion that argues that what is actually contagious is the belief that showing certain characteristics will "entitle one t...

Interestingly the wikipedia list for mass hysteria cases in the past 1000 years- over 80% seen to present more in the female side of the population.

My monocle fell out when I read this in ‘Irish Fright’:

At the time it amounted to 8,238 men, all of whom were supposed to be Protestants and required to provide certificates confirming that they received the Church of England’s sacrament twice a year.

I’d heard when younger that with the Penal laws requiring land division among catholics, so holdings got smaller & smaller, one son would instead convert to Protestantism, so to inherit the full holding & keep it intact. Had to turn up to Protestant service a minimum number of times - I’d thought it was once a month though.

CDC study apparently came out last week, showing that most people with who develop severe COVID have preexisting comorbidities.

Yup - even right now we’ve a cluster in Mayo hospital. The CDC one is a handy paper to show the COVID believers though.

For “Church of England sacrament” read “injection sacrament”. This is a rehashed Glorious Revolution. The Masons must be very proud. 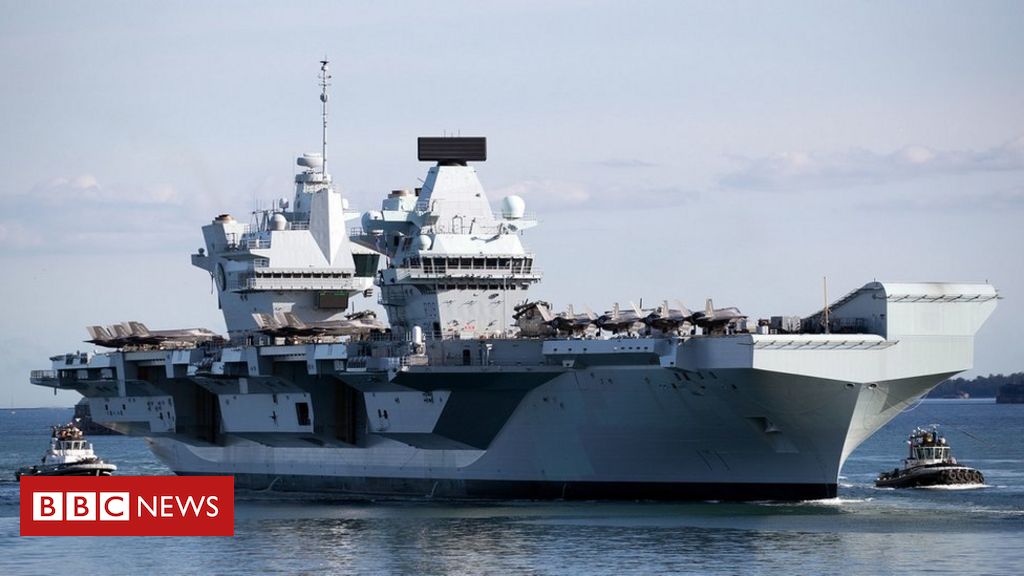 There have been around 100 cases on HMS Queen Elizabeth, the BBC has been told.

All the crew after 2 doses.

“Defence Secretary Ben Wallace said all crew on the deployment had received two doses of a Covid-19 vaccine and the outbreak was being managed.”

Are the spikes popping up? Shall be easy for Irish Navy to capture the ship on their way back.

Members of the US Women’s team have described the Covid symptoms as “starting with a rash on my balls.”

"On Monday, the Olympic athletes moved to separate lodging accommodations and a separate training facility, as originally planned, and will continue their preparation for the Games,"

Multi vaccine resistant mutant Wirius, Ha Ha, back to the" we are all in it together",
I doubt it. .

Self-spreading or disseminating vaccines have been hypothesized before.

Modern human activity fueled by economic development is profoundly altering our relationship with microorganisms. This altered interaction with microbes is believed to be the major driving force behind the increased rate of emerging infectious...

Turns out according to Mannix Flynn, ya it would be Mannix wouldn’t it, well The Commander in Chief is terrified of Families and Children.

“But to simply have a large crowd outside of his residence, what without wearing masks, simply behaving in an inappropriate manner with no regard whatsoever for those around them, other park users, and then forming a protest that could be construed as intimidating – I think it’s actually unacceptable.”

Like Ronald Regan said, “The only ones who want abortion are those already born” or words to that effect.

Self-spreading or disseminating vaccines have been hypothesized before.

Unrolled here the defected topic > BLOOD - Taking Down Humanity - Self spreading Vaccine or Shedding: Bio-weapon by another name?

Summary - calls Fauci out for his May statement where he categorically denied NIH funding GOF research. And produced a Wuhan paper by the bat lady which is funded by an NIH grant.

Prison for anti-vaxxers? People who promote refusal of vaccines should be made...

With Russia’s campaign to inoculate its citizens against Covid-19 being hampered by widespread anti-vaccination sentiment, a local official has proposed introducing penalties for those who call for others to refuse taking part.

G translate of a Dutch article:

Once again, virologists are sounding the alarm about the coronavirus. The delta variant is so contagious that people who have already been fully vaccinated can also pass on the virus. This could have ‘major consequences’ for policy, the scientists warn.

“The idea we had in the beginning, that you no longer transmit the virus after vaccination, does not seem to hold true for the delta variant,” says clinical virologist Matthijs Welkers (Amsterdam UMC). “We even see people who have already had an infection, have been vaccinated twice and are now testing positive again.”

It is mainly the ‘mega-high’ number of virus particles that stands out, says medical microbiologist Heiman Wertheim (Radboud UMC), who just happened to test positive himself. “We really thought, what is this? If you extend this to the rest of society, you have quite a big problem.’

After all, vaccinees who contract the virus usually have few complaints themselves. “I think you have a significant group of vaccinated people who just go through with it,” Wertheim says. "I probably would have done that myself, if I hadn’t happened to test myself. Somewhere you think: I’m vaccinated, I’m okay now. But you can still pass the virus on.”

What probably happens is that the virus partially undermines the immune system. Anyone who becomes infected with the delta variant produces up to a thousand times as many virus particles as with the original variant, according to a recently published analysis. “At the beginning of the infection, it’s probably so much that your antibodies can’t keep up,” says Welkers. “Because of its large numbers, the virus breaks through the defense as it were.”

In addition, antibodies from vaccinees are about eight times less effective on the delta variant protrusions than on those of the original virus, recently published British lab tests show. That doesn’t make things any better.

The fact that vaccinated individuals rarely end up in ICU or die is due to something else. After the initial phase of the infection, the delta variant probably also runs into the T cells, the line of defense that cleans up affected cells and controls the inflammation. This keeps the disease limited.

It was to be expected that some vaccinated people would become infected again, says virologist Marion Koopmans (Erasmus MC) when asked, because vaccines do not fully protect. “But with the delta variant, that story is even sharper.”

Koopmans also prefers to get rid of the preferential position of vaccinated people. "Actually, at this stage, if it could be organised, you would want to test everyone as much as possible, to keep an eye on the virus. In any case, it is wise to get tested when you return from vacation or if you have minor complaints, even if you have been fully vaccinated.’

In other countries, that awareness is also beginning to decline. For example, Israel, where the population was vaccinated with the Pfizer vaccine, announced on Friday that more than a thousand fully vaccinated people in that country have already become infected with the delta variant again. And in India, scientists discovered that healthcare workers who had been vaccinated with AstraZeneca often still became infected with the delta variant. “The warning that this emanates is that although vaccination is very important, it is not the only thing that is needed to prevent transmission,” says Koopmans.

The discovery of the infections is a strange echo from a year ago. When corona was new, it was also discovered that the virus spread under the radar by testing sniffling healthcare workers. Many of them turned out not to be a common cold, but the coronavirus among 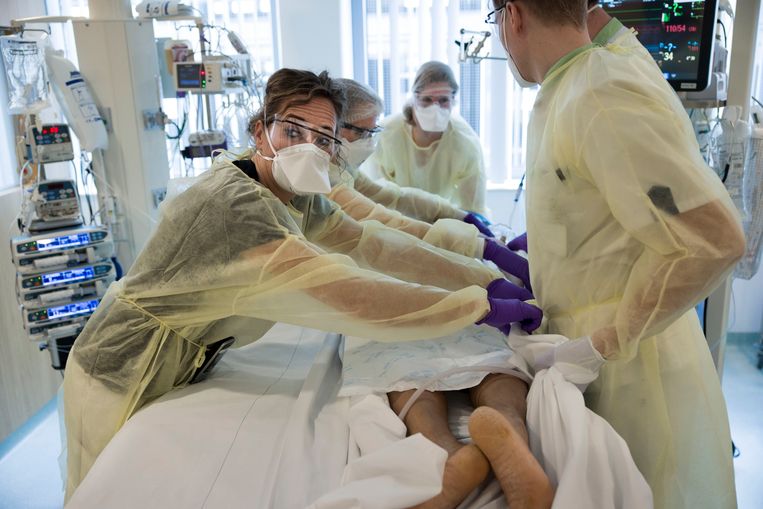